The world is put into a perilous situation and we have one amnesiac soldier, as our saviour, having to fight against the Dark Liche who has destroyed time and life as we know it! Loop Hero is a dark, fantasy, strategy RPG game developed by Four Quarters and to me, it is quite unique in its gameplay.

Joining the game you enter a loop, this loop is called the expedition while you’re not inside your campsite. During an expedition or adventuring, you have two stages, planning and adventure. During planning mode you can place the cards you collect from killing slimes or any other type of mobs that spawned due to your card placement, however, you cannot attack or be attacked during planning mode due to it essentially pausing the game.

When you enter Adventure Mode you can wander around the designated loop and kill the mobs spawning depending on the tiles. With certain tiles, you must collect loot and materials for your campsite which is slowly inhabited by more players and when you build more areas within your campsite. 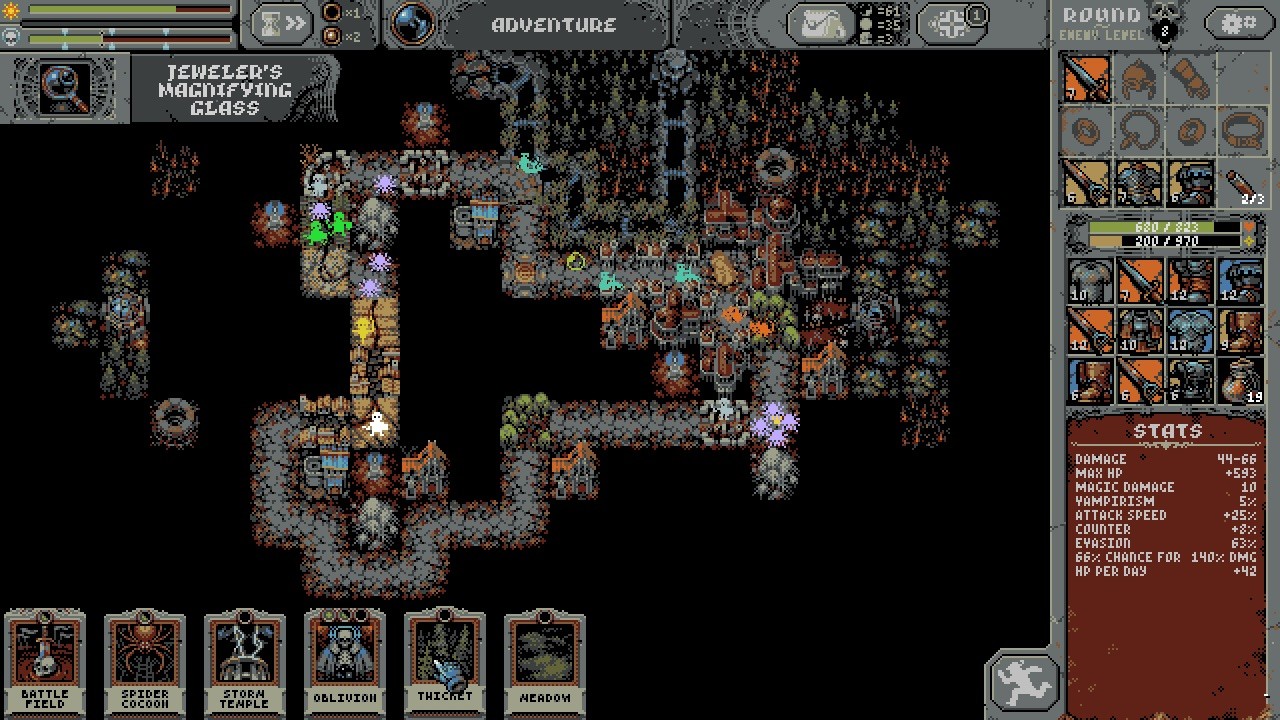 The gameplay is something that I can play while doing multiple things at the same time since during Adventure Mode I can trust my player to not die, and the style of the game makes it much more entertaining to watch as you progress since its unique points stem from its genre.

I quickly became so obsessed with the game and found myself going back and forth through the camp collecting cards to build up my HP and recovery, and then fighting a variety of mobs. On top of the planning ahead I discovered more and more about the storyline, and its twists and turns even though most of it is the general shenanigans of saving the world.

There are no controls to learn, just reading the cards, the armour stats, and clicking wherever you need for whatever you need to equip; very easy to get used to.

Its sound effects do slightly eat at your sanity the more you play as it’s highly repetitive as it is any other game however its high-pitched noises are just more insanity-inducing. This can be balanced out by the also simple but awesome pixelated 32- bit-like artwork that is a theme throughout. 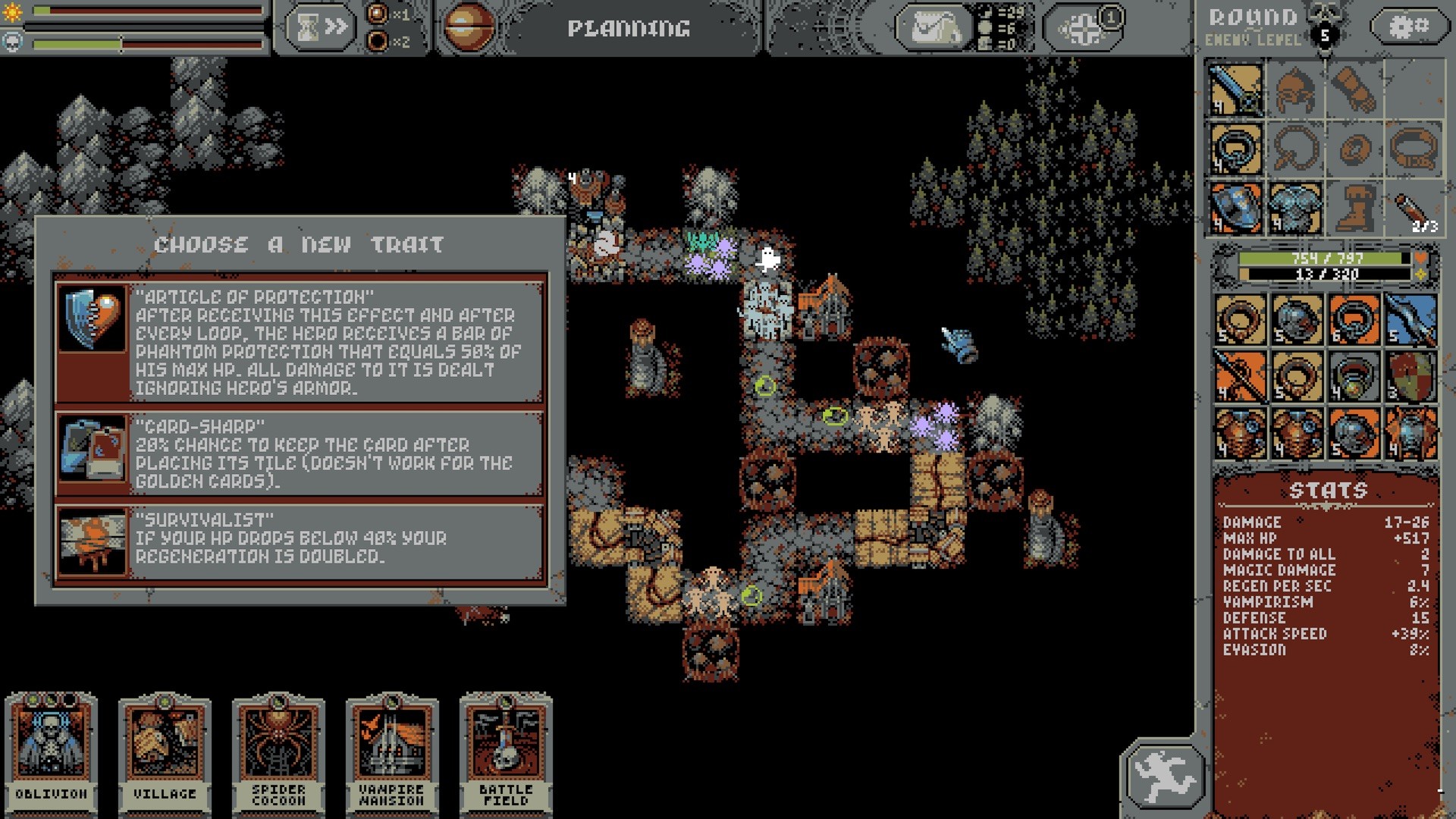 The storyline itself can be bleak for the most part however it definitely has unique story points to it in the fantasy style. When it explained that the Vampires used to co-exist with the people and they’re more like farmers I was intrigued since that’s not the status quo for vampires in fantasy settings but it fits with the story they’re going for well. This goes for all monsters, however, Harpies are treated with sadness as they can’t feed their kin and many more mob-like characters are treated with pity as the character spirals in fighting evil with another evil, killing those who just want to survive.

I personally don’t find many faults with the game, it’s the genre it’s meant to be. It’s easy to learn it gets intense very quickly though and I can run the game in the background even while writing this review.

I recommend this game to anyone who wants an enjoyable pastime while doing work, writing an essay, or anything that you need to have that distraction from losing your psyche during these crazy times. It’s very addicting and I personally absolutely loved the story and art that comes with this game. I hope you all enjoy this little gem just as much as I do. 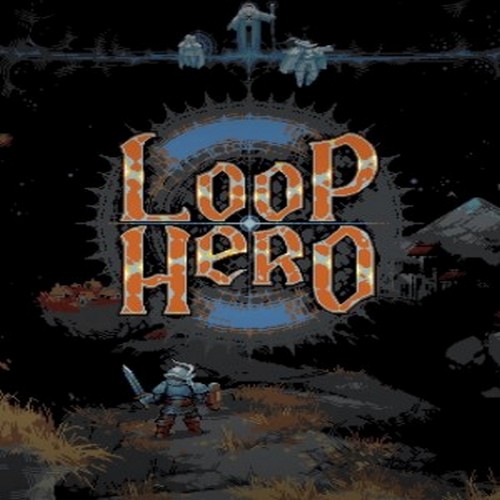 The Lich has thrown the world into a timeless loop and plunged its inhabitants into never ending chaos. Wield an expanding deck of mystical cards to place enemies, buildings, and terrain along each unique expedition loop for the brave hero.