Maneater is an open-world action-RPG (ShaRkPG) where YOU are the shark. Starting as a small bull shark pup you are tasked with surviving the harsh world while eating your way up the ecosystem to become the ultimate apex predator. Eat. Explore. Evolve.

As you explore the large open world locations you will be faced with some of the harshest predators known to man from small muskellung to enormous sperm whales, and it’s not just limited to the creatures of the sea being a threat, you will also have to face off against 10 of the toughest hunters to really crown yourself king of the sea. As you chew your way to being the fiercest predator you will need to find and collect all the right resources to be able to defy nature by growing and evolving far beyond the average shark. Each evolution types tailors to all types of players being able to mix and match to create the ultimate beast. All these perks are to get revenge on a cruel fisherman that goes by the name of “Scaly Pete” which killed your mother and left you with a nasty slash to remember him by; revenge is a dish best served cold and it’s never been sweeter.

When controlling your shark it really makes you feel like you are the ultimate predator, grabbing small fish in your giant teeth absolutely tearing them apart with one bite to special moves like breaching out of the water spraying your victim’s blood all over the ocean. One of the abilities you have access to is the “Sonar” which is used to track both prey and collectable items throughout your searching allowing you to see who is, and isn’t a threat nearby allowing you to avoid possible bad encounters with larger species early on before you’ve had the ability to evolve and conquer all. The collectible items include POI’s (Points of Interest), Nutrition Chests and Licence Plates. Some of these collectibles aren’t easy to get to and do require you to be at a certain level to reach them. But don’t worry, you can go back to any area of the game you’ve been to at any time. Everything you do, collect and eat all goes towards your XP bar, so it’s worth collecting everything. 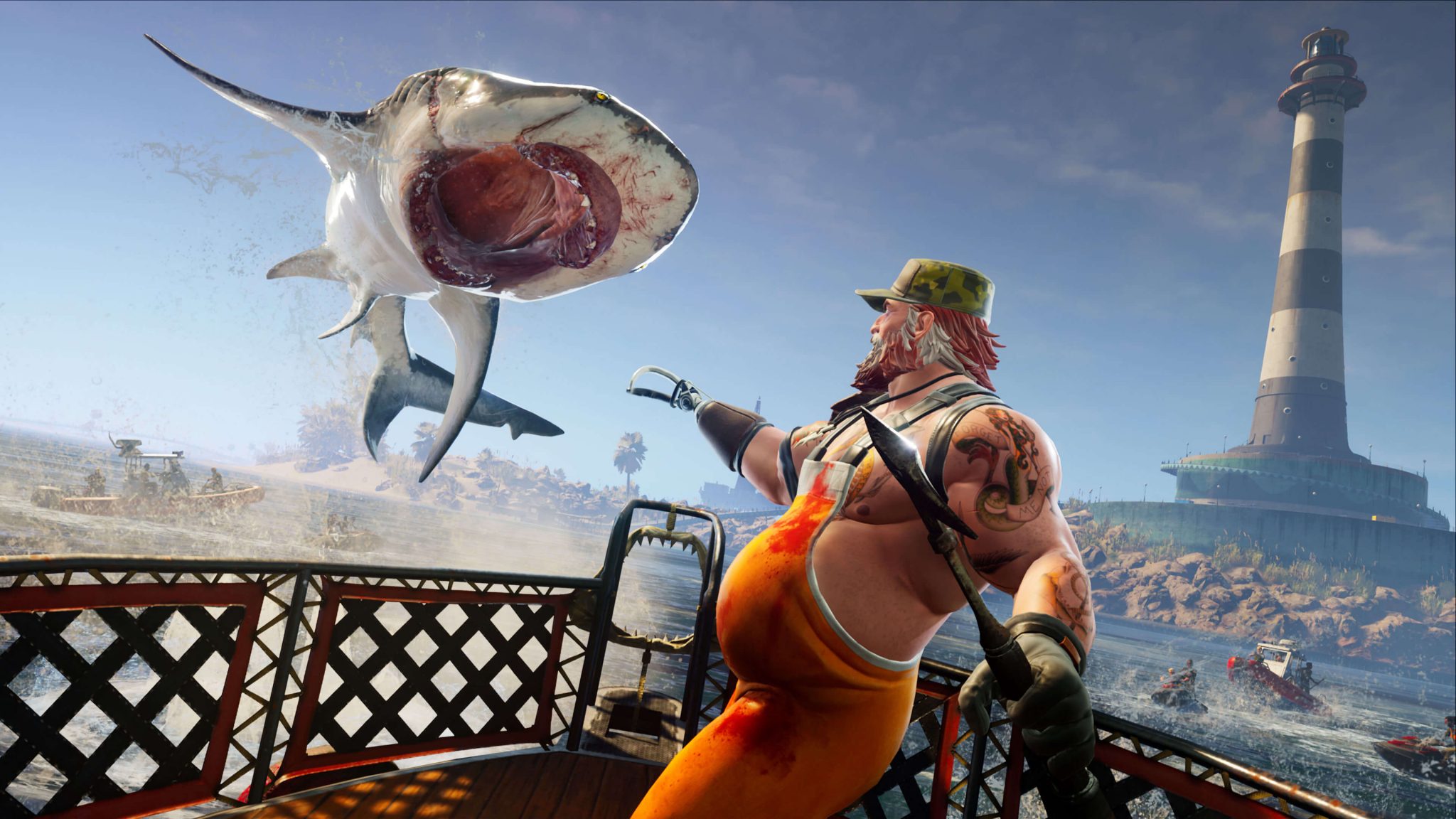 There’s also 3 incredibly large doors operated from a switch at the very top making it near impossible to get through but with the ability of grabbing larger prey you can hold and precisely launch them in any direction you want with the force of your caudal fin whipping into the victim. With each evolution (Bio Electric, Bone & Shadow) they all have their own perks to help in different situations.

I have found that when encountering boats/hunters the bone evolution is best due to its course body and brute force it provides allowing you to strike right through some vessels at an alarming rate, whereas the shadow evolution makes for more of a swift getaway after mutilating your prey at the bottom of the sea. Of course as mentioned earlier, you can mix and match these abilities to whatever best suits your play style.

Maneater is a really good looking game and Tripwire have done an amazing job. The crisp look of the creatures and atmosphere really makes it feel like YOU are the shark. The deep scar that was left from Scaly Pete really gives it character and reminds you of how much you want that revenge. Whilst rummaging through the swampy type areas, the murky waters surrounding you keeps you on edge from the aggressive alligators that lurk close by, though making for an easy escape from the hunters once you start adding to your infamy rank. Each area you reach and unlock is far different from the one you just came from, with one section being the waters. 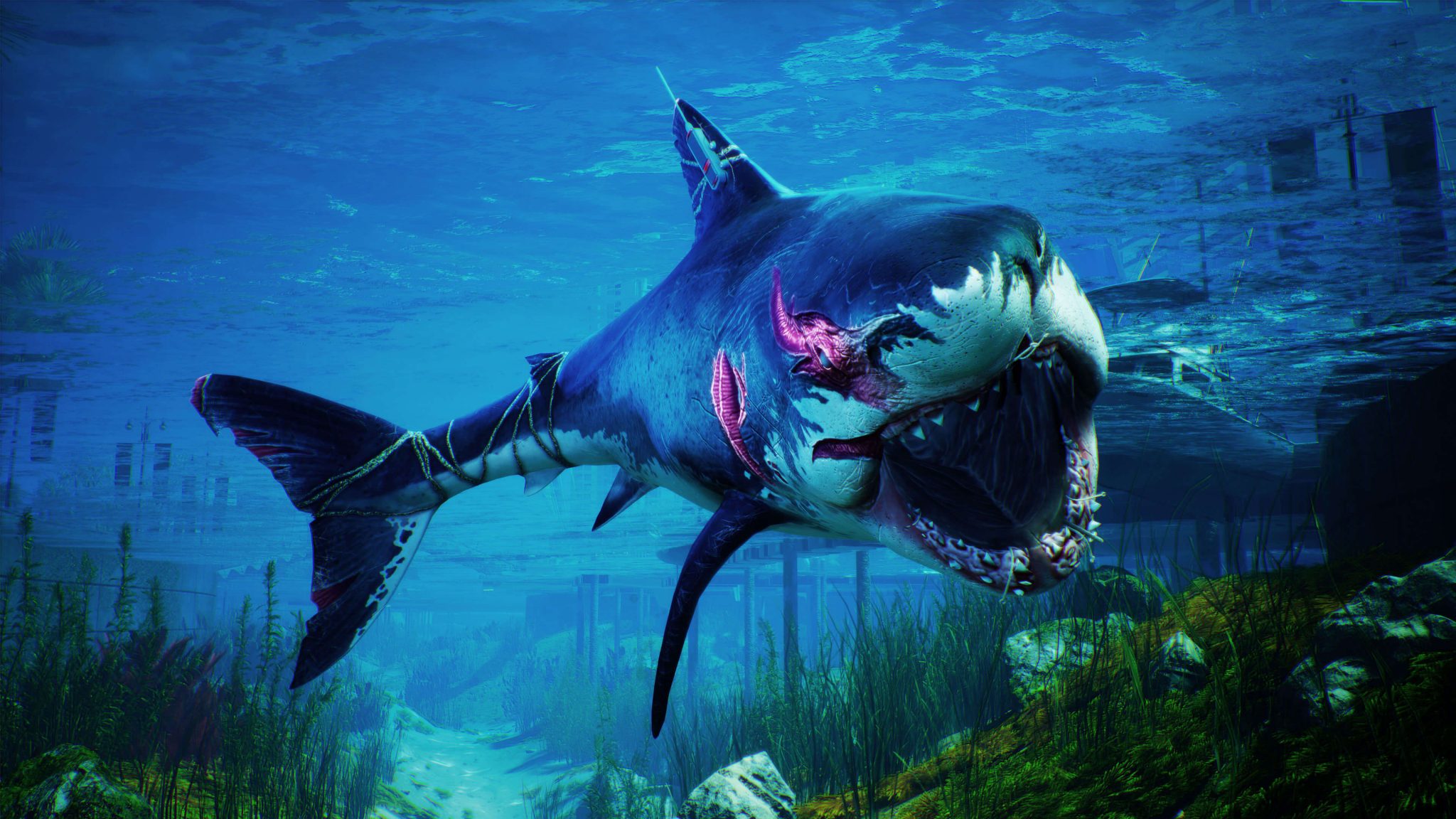 This was one fantastic game taking me around 13 hours to complete to 100%. While it is a single player based game, I think there is plenty of opportunity to open it up to an open world multiplayer or at least a 4 player private lobby style as once completing Maneater there is a substantially large area not used that could incorporate a multiplayer section to take out numerous apex predators with levels that are far beyond you alone to take out and require a group to take them down. Players could then be rewarded with prizes for your efforts such as a whole new style of evolution for your shark.

The only downside I have found with this game is that once completed there is no incentive to play again. As sad as that is, Maneater is everything and more that I have been looking for in a single player story, it grabs my attention and wouldn’t let me go until it was complete. I grinded hard for the 13 hours and I even completed it twice because I ran into a glitch that stopped me from acquiring 100% on my first save.

Overall, Maneater is a game like no other and I would 100% recommend to anyone, I got so lost in the scenery and evolution once I completed the campaign I would often find myself just rampaging at the bottom of the gulf trying to take on multiple high level threats at once proving that I am the ultimate apex predator. 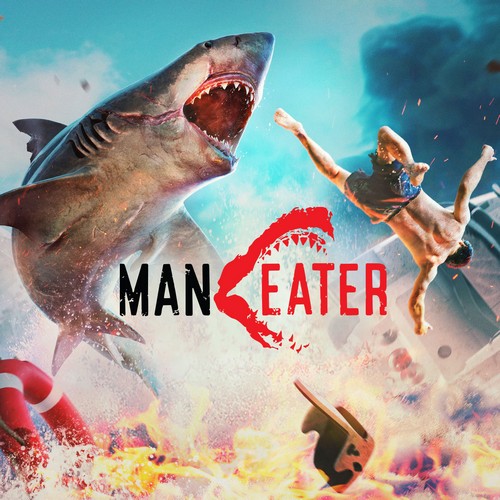 Experience the ultimate power fantasy as the apex predator of the seas - a giant Shark! Terrorize the coastal waterways. Tear swimmers and divers limb from limb, give the humans a reason to fear you!