By StacefaceMayhem on November 1, 2021 on Reviews, 3 More
close [x]
Tweet
No Comments

Mario Party is a staple amongst video games and is aimed towards couch co-op and just a general good time with a group of friends or even solo. Mario Party by Nintendo, is yet another iconic addition to their vast catalogue of famous games and has gone through many iterations; some good and some bad. Steering towards a more classic but modern approach this time, is this what the die-hard community desires, a Mario Party that goes back to its simplistic roots?

Mario Party Superstars developed by NDcube has a tried and tested true method that fans of the series just love. In groups or individually verse A.I, players must rely on the roll of a dice then race around a gameboard to collect stars to become the true winner at the end. The whole time board hopping at each roll of the dice, the cute little crew must partake in a variety of mini-games against each other.

Come out on top and you can earn coins to buy buffs or stars from NPC’s littered around the track to improve your chances of winning. Mario Party games have always taken that love for the tabletop genre and as usual, they execute it fabulously in Superstars and in Nintendo’s quintessential style.

What sets Mario Party Superstars apart is the fact it has many kickbacks to the past. Stripped away are the gimmicks of many previous games, such as unique dice, item chests, and more interestingly motionary controlling, opening up the playing field to Switch Lite users. They have even taken the boards from the first 3 Mario Parties, this time revamped graphically for the modern user. Currently, there are only 5 boards, some definitely better than others with Horror Land and the tyrannical King Boo controlling the turf with his obscene propositions, a standout. 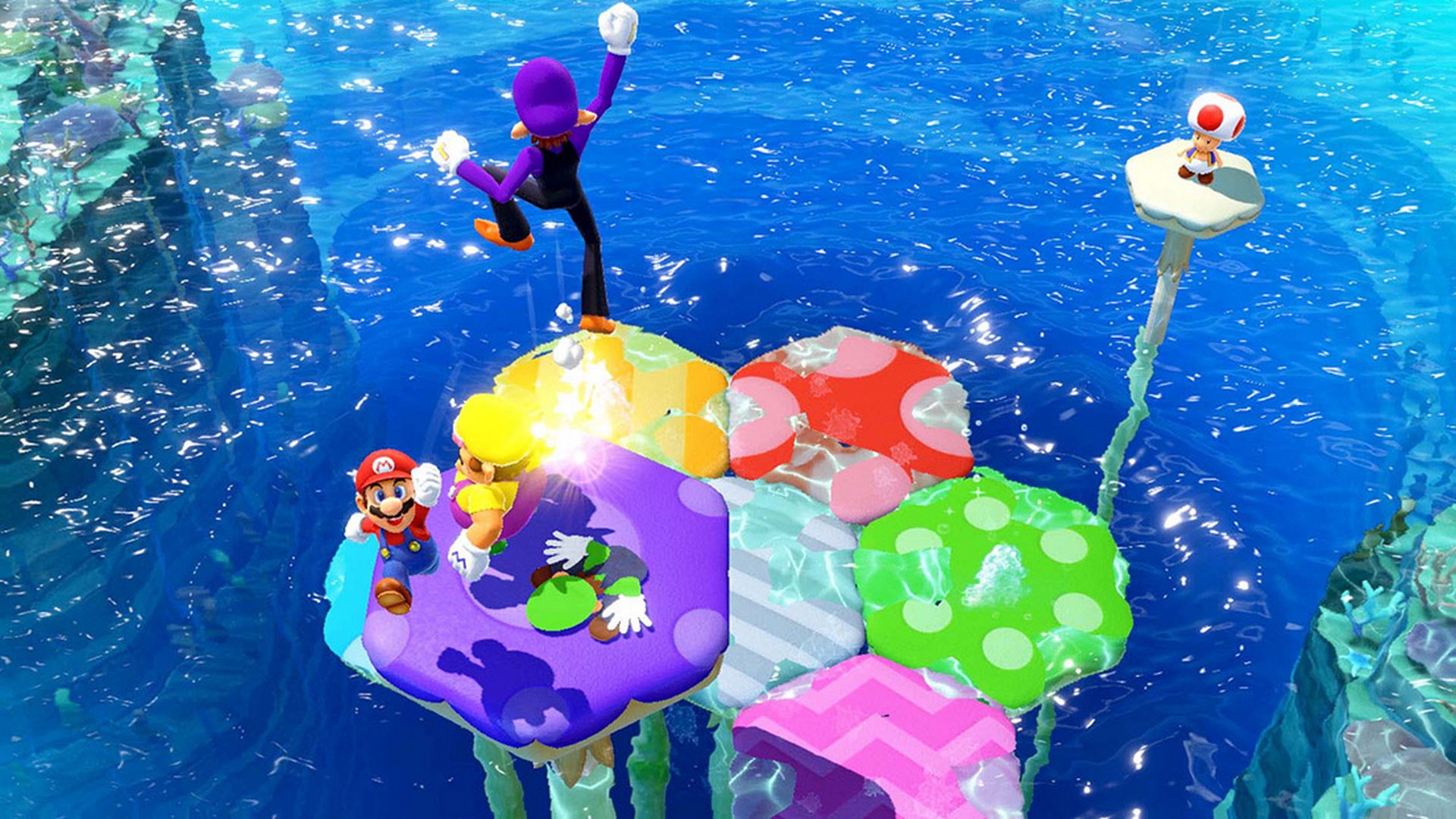 The mini-games are still the amazing fun you would associate with any Mario Party with most of them being the best of the best. I say most as they are generally the cream of the crop but certain ones such as punching boulders in a car could easily have been replaced by some better ones off the top of my head.

The whole game is all very Mario Partyish. Opening up in a base hub you will find an area to show off your ID card with your favourites of the series and to gloat over your records and achievements through the franchise. Hop onto toad’s ferry and he will take you to Mt Minigames, a place where you can play the minigames without the obstruction of having to roll and play around a gameboard.

This is a nice zone to chill out in and just free play through the many cool minigames or to earn coins to spend in our next location. Over the river is Toad’s Shop where you can use coins earned in-game to buy stickers, music, pages for your encyclopedia, and card designs. These are easily earned so I made no real fuss about the fact these should be just achievements in the games, there is no real need for an in-game currency. There are many online options too so you can duke it out with randoms and set the records straight with a mild flex of your records. 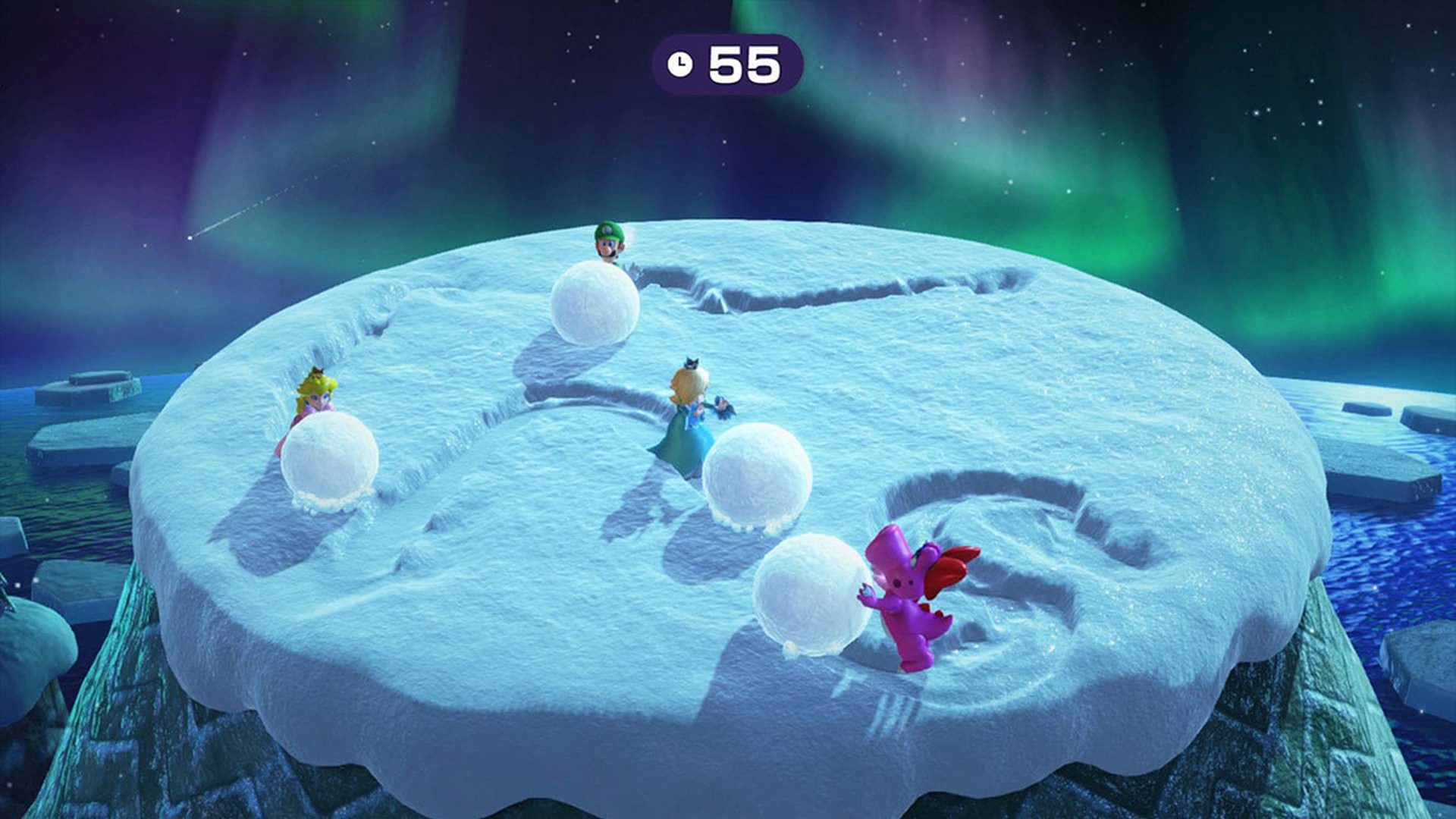 The game plays at a crisp 60 fps, with frames only potentially dropping when joining weaker online servers with players from across the world. It is also important to note that NDcube knows their players, as characters now run faster around the board, making those tedious wait times less, well, very much less tedious. Superbly, a jump in and jump out save feature makes any long game easy to return to and easy to leave at the drop of a hat.

Also, the game has all the old minigames and maps graphically improved to an astounding level, each with their own defined and individual backing music. It is polished in all the right places, very impressive for some games dating back to the ‘N64 era.

“How do you rate a game so classically good but has not overtly changed or innovated in formula due to its successfulness?” I sigh and say as I turn to my partner. “Do good things need to change?” he answers back. Well, while it would have been nice to have some new really inventive maps and mini-games, everything still feels fresh and as fun as when I played my first Mario Party all the way back in 1999, which is definitely not a bad thing. Mario Party Superstar takes all the best bits of the past and wraps it into a nostalgic bundle we all can love. 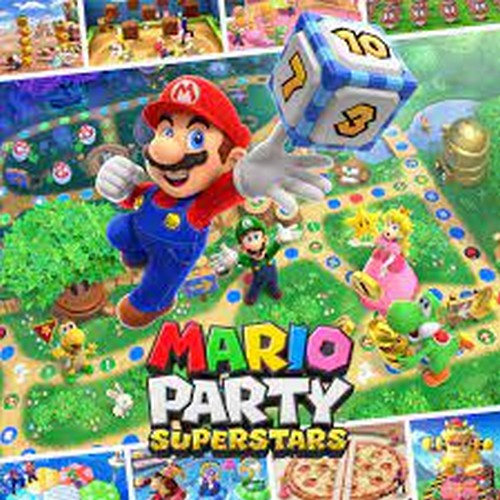 The Mario Party series is back with 5 classic boards from the Nintendo 64 Mario Party games. Race to get the most stars (and sabotage your opponents) on boards like the stellar Space Land or the spooky Horror Land! Party at your own pace by suspending a game and picking up right where you left off!