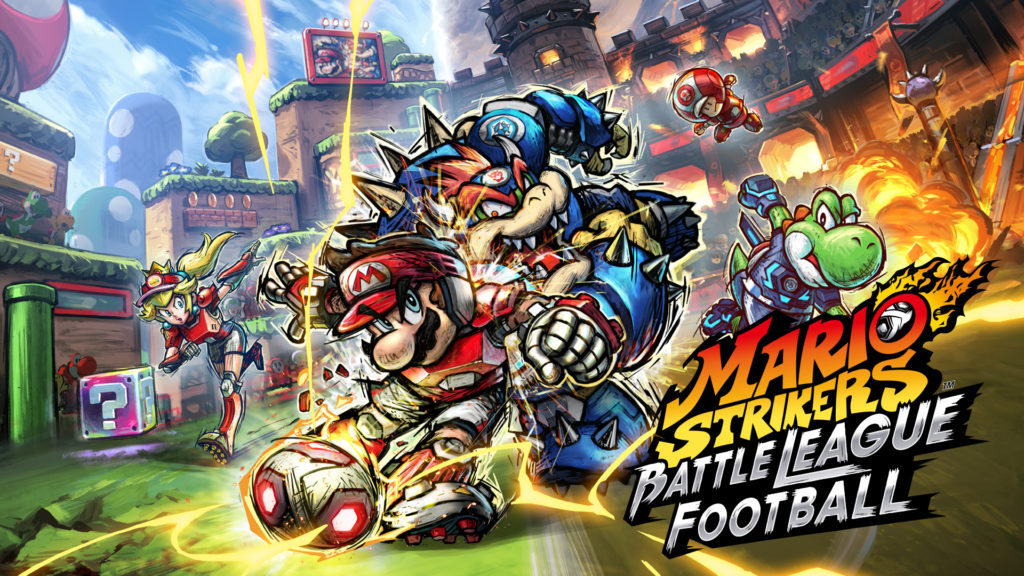 When he’s not stomping on Goombas, traversing through pipes, or searching every castle for the Princess, everyone’s favourite Italian plumber, Mario, can be found competing in various sporting events from tennis, golf, or even the Olympic Games. Mario Strikers: Battle League puts Mario, Luigi, Princess Peach, Bowser, and more on the soccer field as they kick, tackle, and blow each other up to score victory for their teams.

Mario Strikers: Battle League is actually the third game in the series, with the original game, Super Mario Strikers, released on GameCube in 2005, Mario Strikers Charged on Wii in 2007, and Next Level Games developed them all. Of course, this isn’t just a FIFA game with Mario and the gang as the players. It takes a much more over-the-top chaotic approach filled with exciting, intense, and often hilarious moments.

At the beginning of the game, a tutorial details the various unique mechanics on offer. Players can skip and learn on the go, but the tutorial is highly recommended and can be replayed anytime for players to perfect their skills. 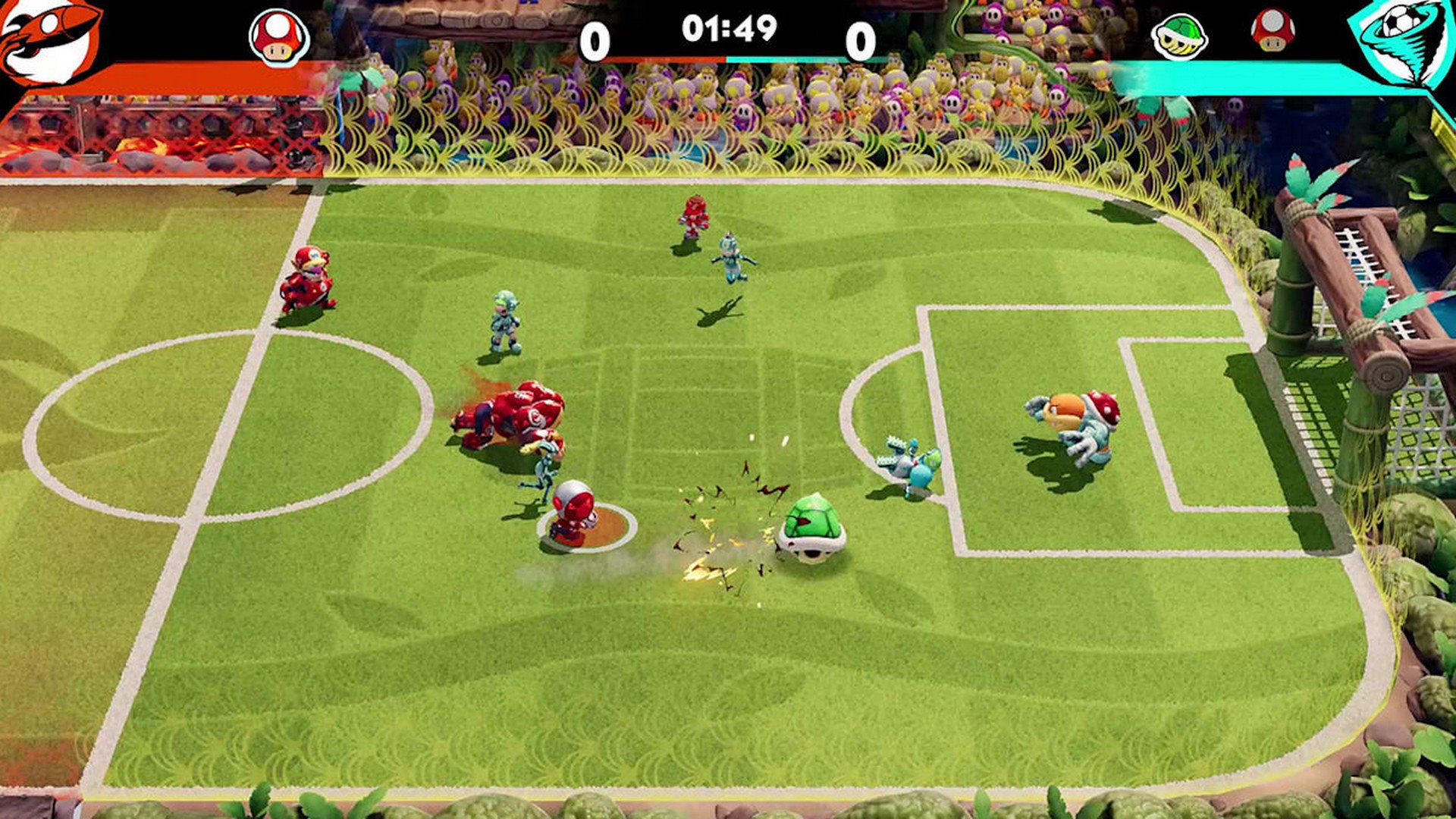 Currently, there are only ten characters to choose from, much fewer than in the previous games. However, it still offers a wide variety, and they may add additional characters later via DLC. Each character has their strengths and weaknesses. For example, Toad and Yoshi have more speed for moving around the field, while Bowser and Donkey Kong rely on their power to plow through their opponents. Players will need to select four characters for their teams, plus Boom Boom as the default CPU-controlled goalkeeper with every team, and how teams are picked is up to the individual.

The traditional rules of soccer are almost nonexistent in this game, but it doesn’t take away the excitement and intensity of the real thing. Rather than slide tackling to gain the ball, characters can brutally attack their opponents whether they have the ball or not. The types of attacks vary depending on the character, such as Yoshi protruding his tongue or Bowser rolling with his spiked shell. Attacks can also be charged to deliver more damaging moves to stun an opponent longer or allow smaller and lighter characters to take down larger and heavier opponents. Item boxes will also appear containing various weapons, much like those seen in Mario Kart games, for players to gain the upper hand.

Scoring goals can be achieved by setting up and attempting shots or performing Hyper Strikes, which are worth 2 points. Each character has their unique Hyper Strike, be it Rosalina sending the ball into orbit, Peach using her charm, or Yoshi swallowing it and laying an egg. It’s amazing that he can do that while wearing shorts. Every Hyper Strike is presented in a cartoony animated sequence adding so much to the game’s intensity, and the slow-motion replay from multiple angles after scoring a goal allows players to relive some epic moments. 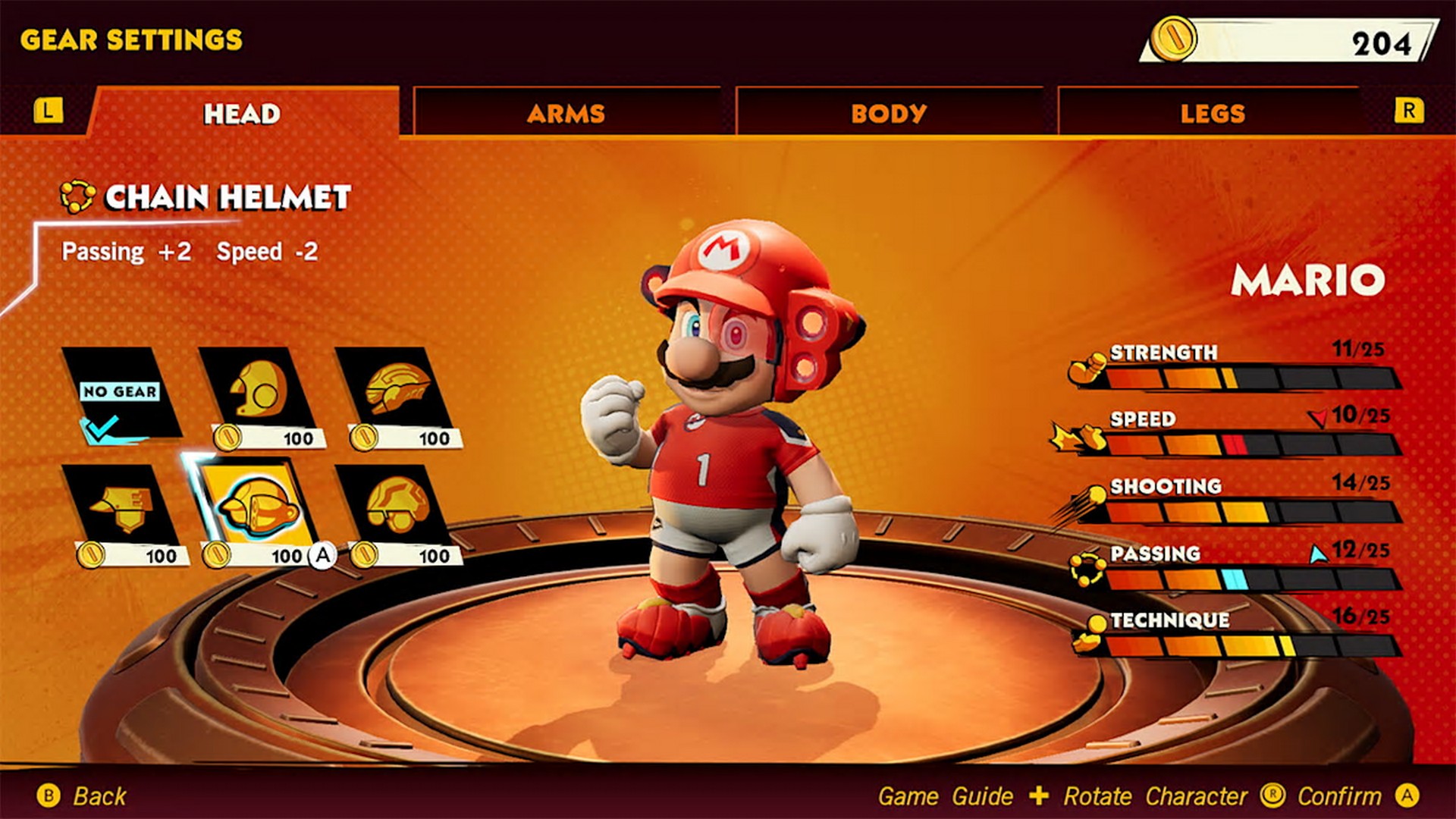 Soccer is a team sport; the key to victory is teamwork. The game encourages passing the ball, as it builds up power if appropriately timed, which can lead to powerful kicks increasing the chances of scoring a goal. Playing solo is the easiest way to play, not having to coordinate with other players, but of course, the real fun is playing with your friends, whether it’s locally or online. Locally a single Switch console can have up to 8 players at once, making this a fantastic party game. Functioning as a team with other human players will take some practice, but it is worth it.

Boom Boom, the goalkeeper, isn’t always the most reliable for any team. Sometimes he’ll protect the goal with his life, while other times, he somehow just lets the ball slip past him. The Player can’t control him at all other than to pass the ball back in, so hopefully, his AI can be improved in a patch update.

Unfortunately, playing online can only allow 1 or 2 players on one Switch against another team. However, the online mode is still a lot of fun despite the minor setback, and in my personal experience, I didn’t feel there was much lag, and matches ran smoothly. Players can select Quick Matches to get straight into a game or jump into a Club Mode, where groups of up to 20 players can host their own season, complete with leaderboards to track scores. Unfortunately, I wasn’t able to try Club Mode as it wasn’t in season at the time of writing, but I, along with many other players, will be keen to try this out when the season begins. 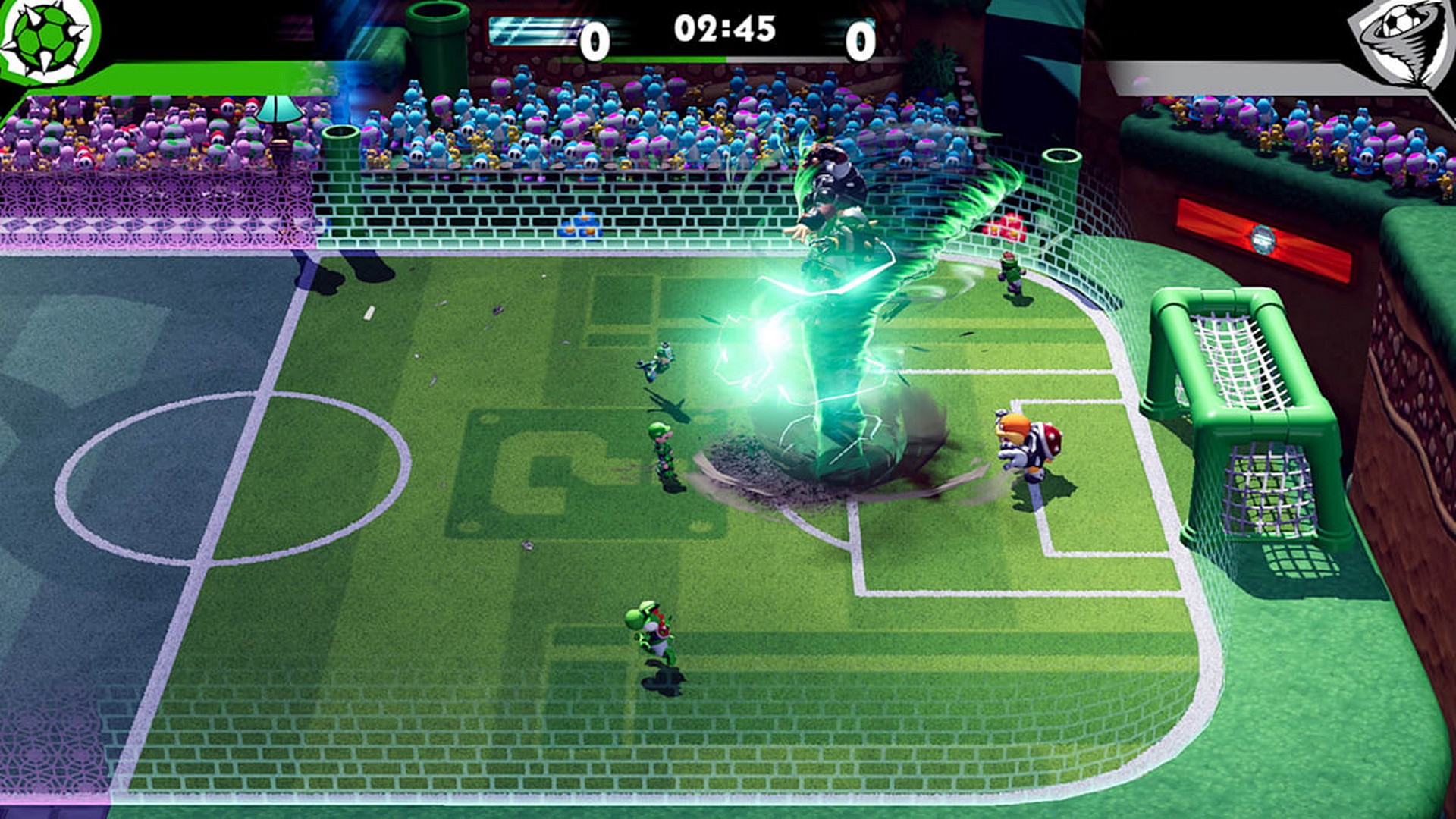 Offline single-player content is very lacking in Mario Strikers: Battle League. There isn’t a story/campaign mode for those wanting to focus on solo play. There is a Cup Mode with different Cups to win, but they’re all just short tournaments, though they can earn players in-game currency.

Players can use their earnings to buy gear for each character, which includes various armor pieces covering different body parts. Every armour piece has incredible amounts of detail and helps to boost character stats. This is especially good for players who want to adjust their favorite characters’ stats.

The overall presentation is the game’s best feature. The action unfolding on-screen with various Mario characters and their diverse personalities adds so much to the atmosphere. While it lacks single-player content, it’s still a fun, exciting, and hilarious way to play the most popular sport on the planet. Whether solo, with friends, at a party, or online, everybody will have a ball and get a kick out of Mario Strikers: Battle League. 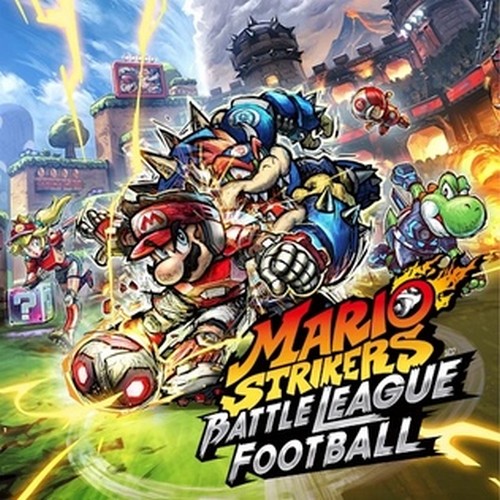 Published by: Nintendo
Developed by: Next Level Games

Mario Strikers: Battle League is a 2022 association football/soccer video game developed by Next Level Games and published by Nintendo.