By Adam Brasher on September 8, 2020 on Reviews, 4 More
Tweet
No Comments

Marvel’s Avengers is developed by Crystal Dynamics and Eidos-Montreal and published by Square Enix. Avengers is an action, adventure game that gives you control of some of the biggest names from the Marvel comics including Captain America, Black Widow, Iron Man, The Hulk, Thor, Hawkeye and Ms Marvel, with Spiderman coming in 2021 for the lucky PlayStation players.

The campaign starts with Kamala Khan as she tours the Avengers Day celebrations as one of the Fan Fiction finalists. During the announcement of the new Terrigen-powered helicarrier and the possibilities of clean energy through Terrigen energy, a nearby bridge comes under attack. As our heroes try desperately to stop the attack and save as many lives as they can, there is a lot of destruction and death. The helicarrier is also destroyed and its power source the Terrigen Crystal explodes in a wave of energy also causing chaos across the city. The Terrigen mist given off by the explosion, gives certain people powers, causing an uprise of criminal activity.

The people begin blaming The Avengers for the destruction of San Francisco, forcing them to disband and scatter with the help of a testimony from Dr Banner. Five years on, when the main game starts, the young inhuman Ms Marvel (Kamala Kahn) discovers a nefarious plot by AIM and Dr George Tarleton (M.O.D.O.K) to cure these ‘Inhumans’. Discovering AIM’s true intentions, Ms Marvel sets out to reassemble The Avengers and thwart AIM’s evil plan. 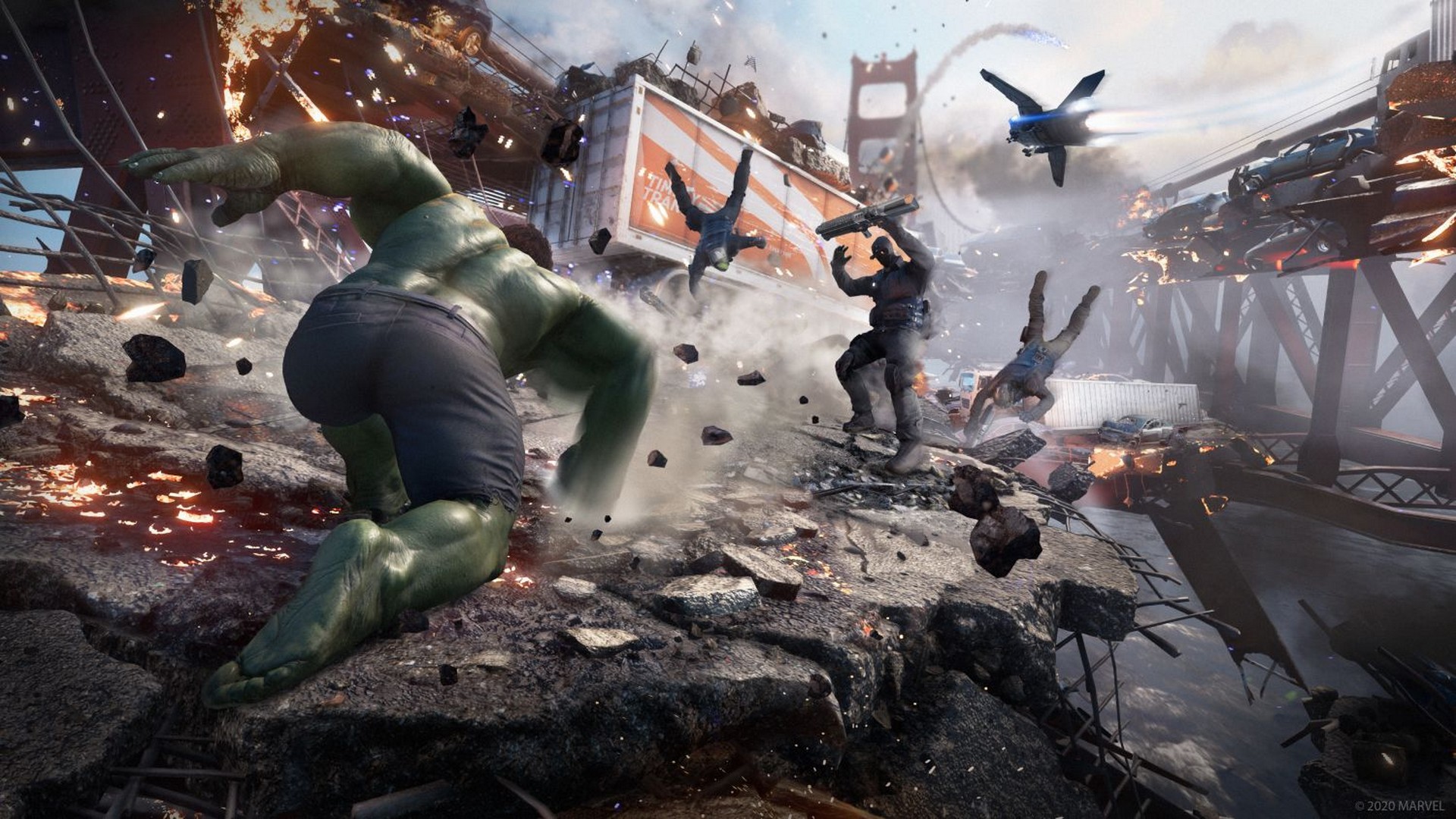 I really enjoyed the tutorial mission; not only did you get to play as the main five Avengers, transitioning between each was great. As you finish each of the characters areas it flowed into the arrival of the next Avenger almost seeming like a complete cinematic Marvel episode. Each area allows a showcase of the differences between each character and each character is quite different. Some in my opinion are better than others but for someone else it will match their type of play style. The controls are simple enough and are similar enough to each character that having to change characters is not a whole new learning curve.

Ms Marvel and Black Widow are my favourites however, Thor and Captain America are enjoyable to play as well. The Hulk and Iron Man were not as fun for me, but as I said for someone else it could be the complete opposite. Each character has a quick attack, heavy attack, block, dodge/counter and three special abilities, which are incredibly fun to use. Some characters of course like Iron Man and Thor also have the ability to fly which can take a bit of getting used to.

Playing the Multiplayer missions were incredibly fun, though some missions did feel like I was doing the same thing repeatedly. Those missions are very quick, so it does not feel taxing or boring since it is just in and out. The levels however are huge, in a mission that could have taken me fifteen to twenty minutes to complete, ended up taking me nearly an hour as I just canvased the entire map. I do recommend doing this as you will discover secret stashes and special enemy fights that give you better gear or more resources. 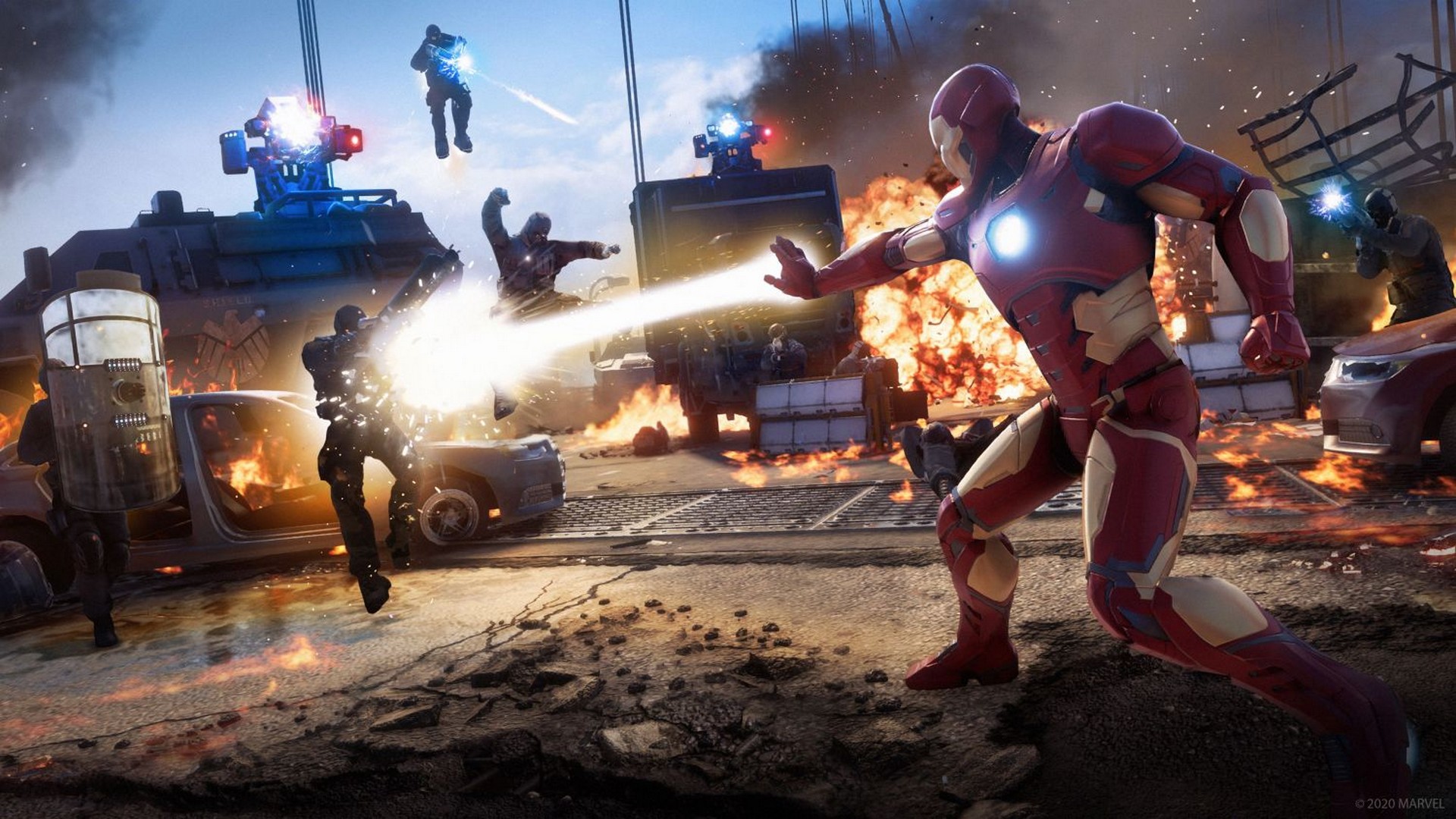 The A.I. could use a little more direction as they just follow you and start attacking randomly when you encounter enemies, this leaves you to complete the objectives while fighting off enemies which can become a pain, fun, but still a pain. Also, if you are playing solo and with a character that cannot break down doors, you are out of luck because the A.I. will not do it for you, whereas if you do play with others or friends it will add more strategy and tactical advantages and we all know how much I love my strategy and tactics, if you have read any of my other reviews.

The gear aspect of this game is great, you find gear through completing missions or in loot boxes. While playing the missions, along with resources that upgrade the gear, you can also buy stuff from the resistance and S.H.I.E.L.D stores. It also incorporates both a stat rating and tier levels of gear. You might have two of the exact same gear, but one will have a base of ten power while the other has fifteen. As you play through, you will start to find rarer gear which is indicated by a coloured edging blue, green, purple and gold, these will also have extra abilities to buff up your character and really drive your type of play style.

Other gear items you can gain are minor artifacts and major artifacts, which again are like gear but are a little harder to get and level up. As you level up each character you will unlock their character tiers unlocking resources, emotes and skins. You will be able to bypass this if you want to spend the money or just unlock them as you level. When your character levels you will gain skill points to unlock new abilities and ability upgrades from your skill tree which is expansive. 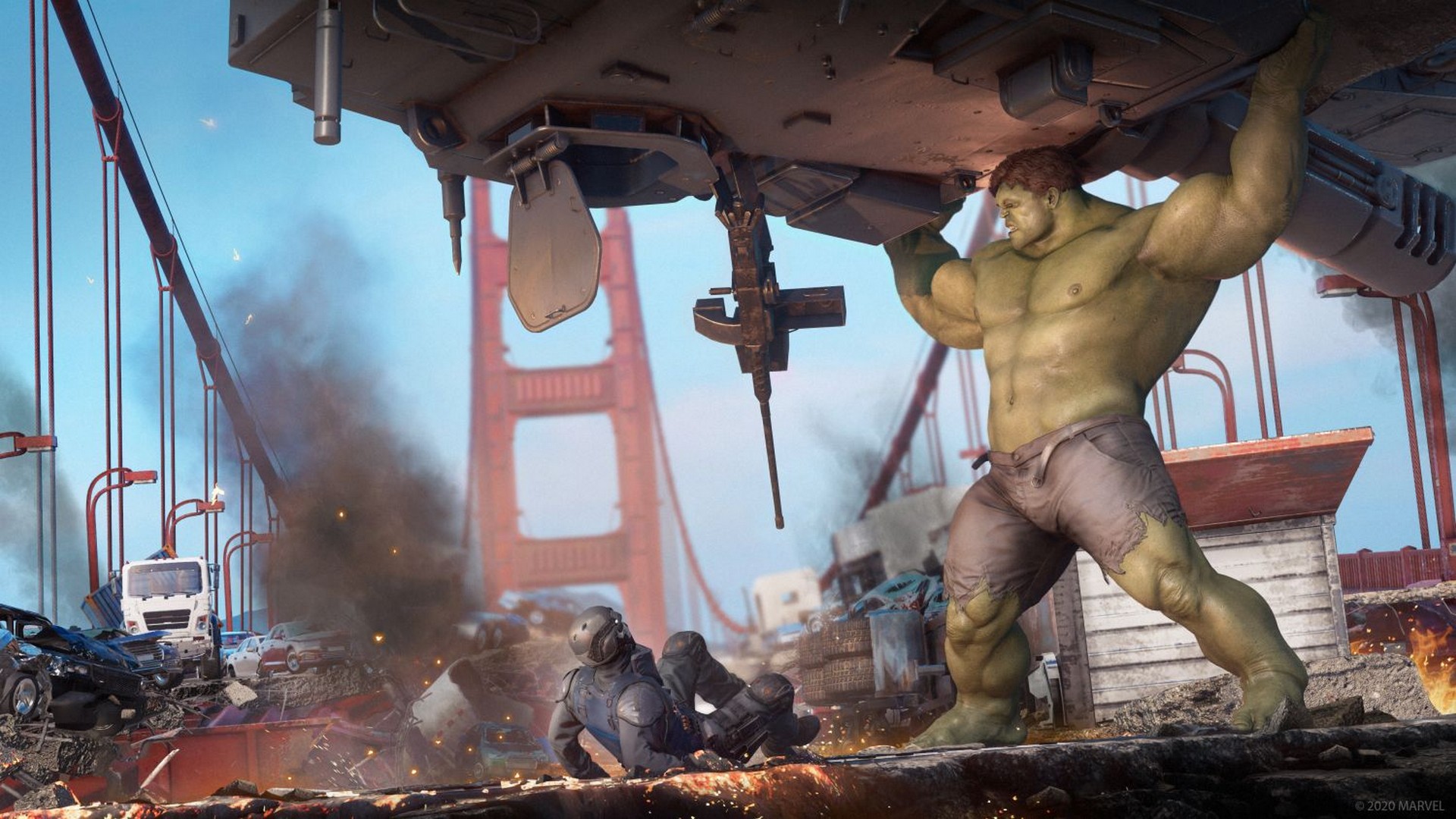 Marvel’s Avengers looks really good and you can see the effort put into it, but with Square involved I was not really concerned. In all seriousness though it was quite beautiful visually and the character models are well designed. For the most part everything worked and looked like it should, the only issue I have had was in the final Campaign mission my Cap disappeared along with the enemies. This made fighting them hard, but it resolved itself and I was able to finish the mission with no other issues. Now for probably my favourite part, the voice acting.

What can I say, spot on, I may be heavily biased on this though but when you have voice actors cast like Travis Willingham and Laura Bailey reprising their roles from the animated show, as well as Troy Baker and the legendary Nolan North, you can’t go wrong. It is legitimately an all-star cast. Also props to Sandra Saad, who absolutely nailed Kamala. I am used to Kathreen Khavari rendition of Kamala from ‘Secret Warriors’, but Sandra made it her own and was brilliant.

Overall, I love this game and since the BETA I believe it has become even better! There were a lot of upset people pre full game launch and I did not quite understand what everyone was so angry about, but I do hope they get the chance to play it now in its complete form. The story was in my opinion, awesome and felt like a three-part animated show as it did not pull from the movies or other video media; it was an entirely unique story. With some wholesome and hilarious moments, one of which was the first encounter with Thor as Kamala, it was totally an enjoyable experience. An almost perfect game but those are rare, my mind could change either way once new content starts rolling out, regardless I am stoked and excited for more. 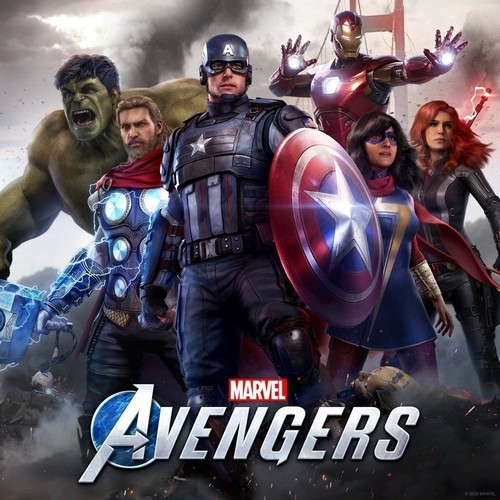