Ever since the movie premiered back in May 2008, Iron Man has been my favourite Marvel character. Not only is Tony Stark an incredibly cool billionaire playboy philanthropist, the thought of flying around clad in a near indestructible suit of armour always appealed to me. Needless to say, I was always quick to buy whatever Iron Man game came along and took my fancy, the first of which being the game released for PS3, coinciding with the release of the first movie. As cool as it was to fly about in the red and gold suit, I remember it feeling very much like a flight simulator, and less like you were controlling the witty billionaire.

Fast forward 12 years and then add a couple of extra months for delays caused by a global pandemic, and Camouflaj have developed the highly anticipated Marvel’s Iron Man VR. Published by Sony Interactive Entertainment exclusively for the PSVR, players now have the opportunity to take on the role of Iron Man as he tries to put the weapons industry behind him. Targeted by a hacker known only as “Ghost,” Tony must overcome this terrorist who uses his own creations against him, seeking revenge for the lives lost to Stark’s previous business ventures.

When we say “exclusive to PSVR,” we mean you have no other option but to don the VR headset and grab a pair of move controllers. The title focuses heavily on the position of your head and hands, meaning a standard PS controller won’t cut it. Players will need to learn to fly, imitating Iron Man’s movements as you blitz through time trials or shoot down enemy drones mid-flight. Holding the trigger on either move controller will activate Iron Man’s palm-mounted jets, enabling you to dart side to side, lift off the ground or move forwards and backwards, dependant purely on which direction your palm is facing. 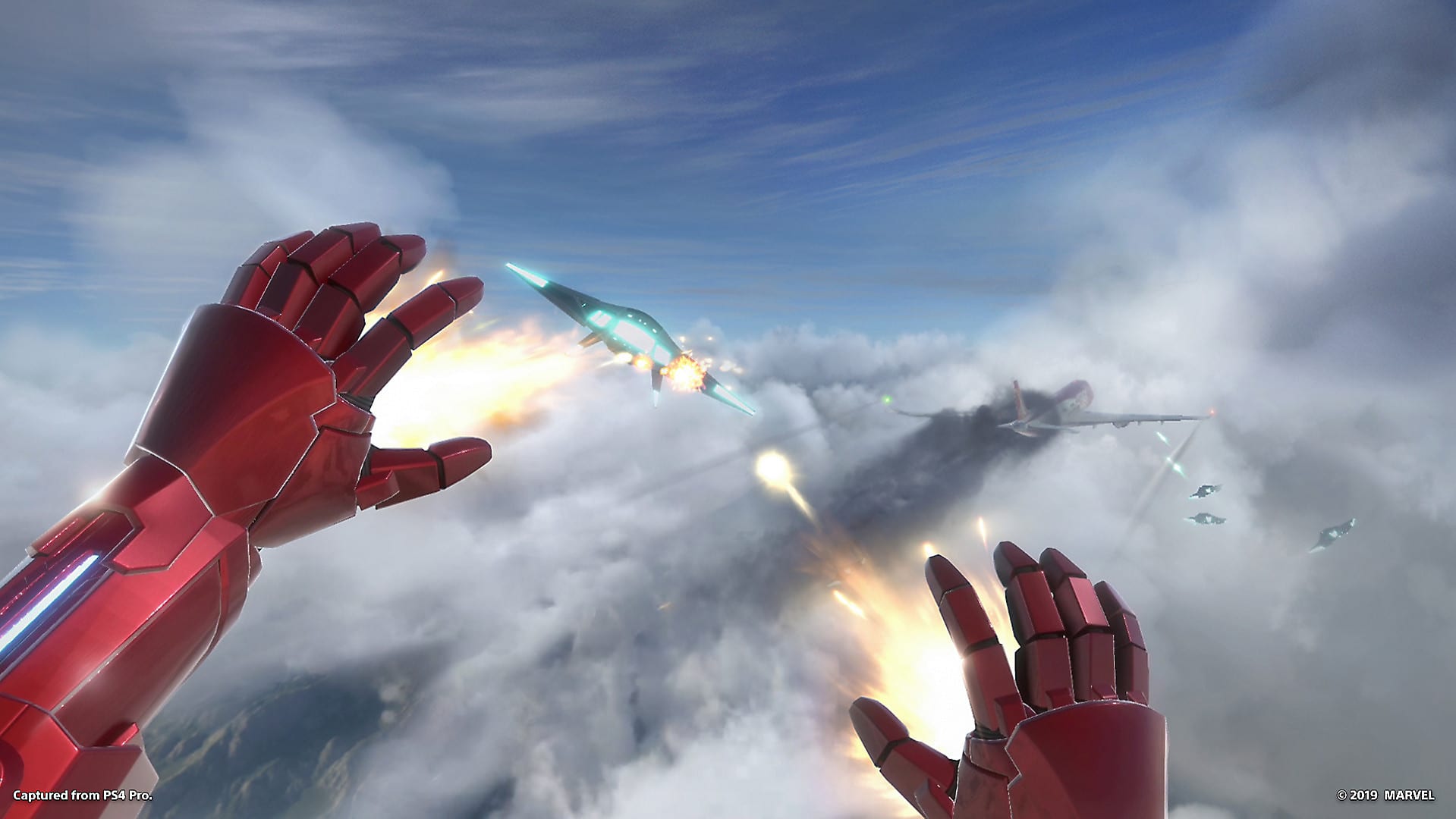 Players can also double tap the triggers while facing their palms backwards, rocketing Iron Man forwarded into full flight, before using head movements to effectively steer yourself. In this respect, the control system is very intuitive, and assuming you’re constantly facing the camera, you’ll find it to be very responsive, but as the game is played on a 3D stage, players are able to turn around too look behind them, meaning the somewhat outdated camera system could lose track of the hand positions. I found that instead of turning around, I ended up making use of the “turn” buttons on the move controller, quickly snapping my cameras point of view left or right.

Combat is a relatively simple affair, with the player having access to up to two ranged attacks and a dashing punch that needs to be “charged” before jetting forward and smashing into an opponent. When first starting, players will have access to the stock repulsors on Iron Mans hands, fired by point your palm at the enemy before hitting the move button to unleash a blast. As players progress, they are rewarded with up to 5 research points per mission, which can then be spent on upgrades to your suit. Players will be able to make use of a number of missile systems, all of which can be fired by holding your hands out with the palms facing the ground.

Once the targeting reticule changes, you can then hit the same move button to unleash a barrage of rockets. In between missions, you can explore Tony’s beachfront house, reading through interactive books or sinking hoops on the arcade basketball game. 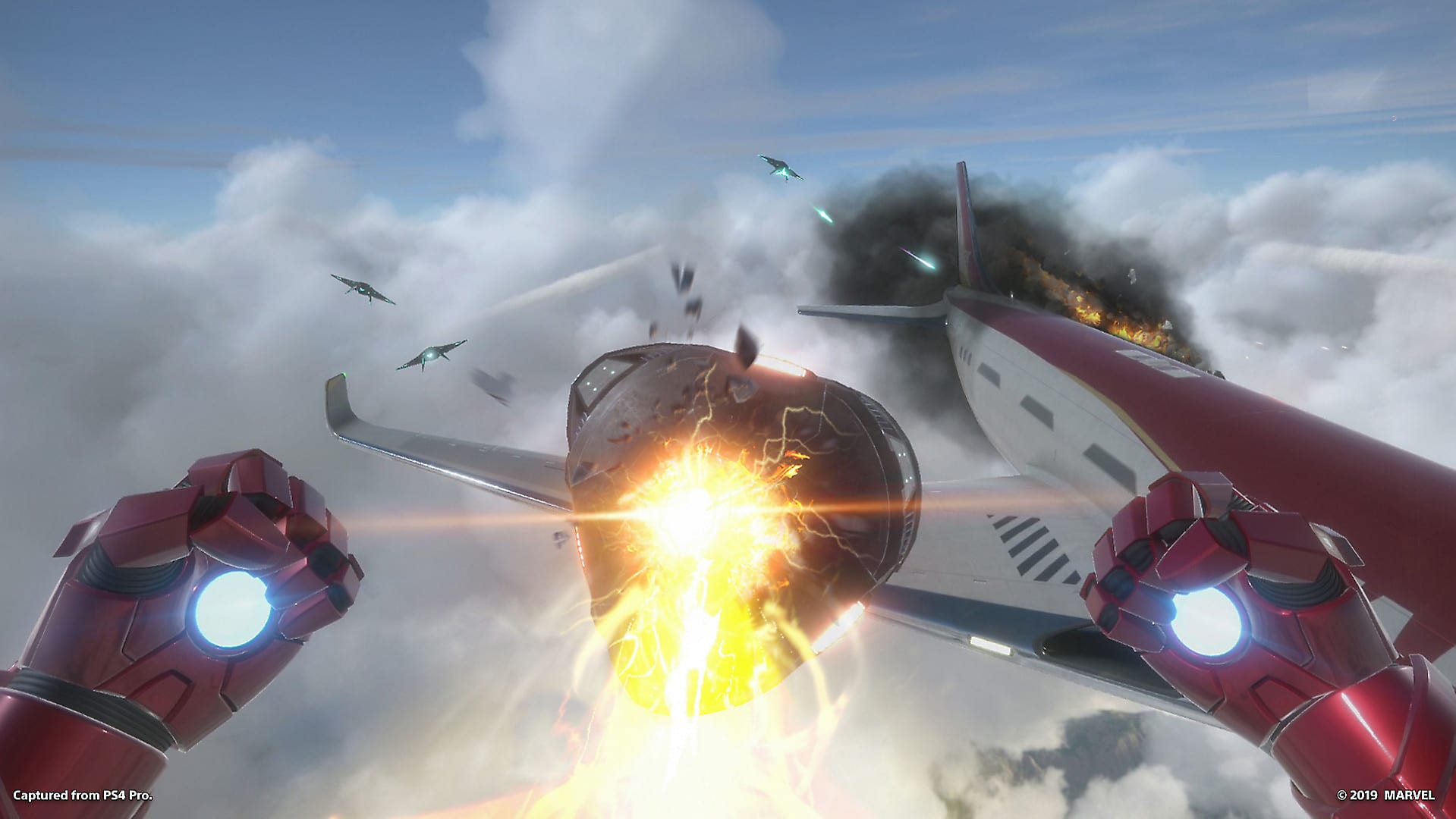 Players will also be able to spend the hard earned research points on unlocking the various weapons systems or upgrading the performance of your flight systems. Almost every unlock is available from the start, so players won’t have to wait too long to get their favourite load out, but the visual changes fall largely unnoticed due to being a first person, single player game.

I have to admit, I wasn’t expecting much visually before giving Marvel’s Iron Man VR a try, as my previous experience with VR titles is mostly older titles and they didn’t have the clarity Iron Man has. The world is full of smaller details to find, restricted only by the fact that you’ll often be streaming past at high speeds, and even the in game HUD is everything you’d expect to see if you were to put on the real helmet. In game audio features a perfectly selected cast of voice actors, while the in game sound effects are familiar enough that you know what is happening, even if they’re not the sounds from the movies.

The overall experience that Marvel’s Iron Man VR gives is mixed. On one hand, we have some really intuitive controls. Sure, they take a bit of time to master, but once you learn the balance of flight and aerial combat, you’ll be blasting drones out of the sky in no time. On the other hand, we have a game that is running on a somewhat outdated VR platform that recycles missions as you play, giving the occasional reprieve by throwing in an objective that doesn’t rely on flight or combat. In saying this, it is a fun game, and assuming you don’t get motion sick, offers a glimpse into the future of VR and proves just how far gaming has come. 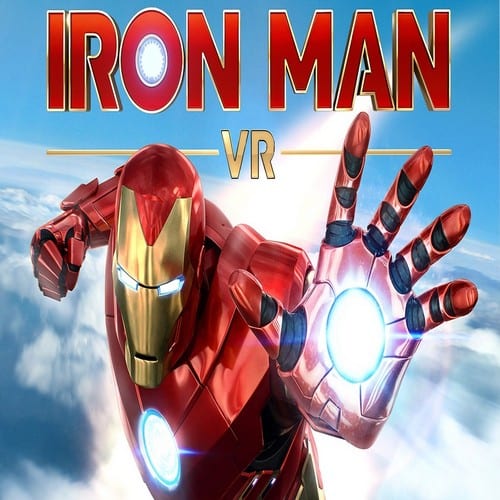 Published by: SIE
Developed by: Camouflaj

Don the PlayStation VR headset to suit up as the Armored Avenger in an original Iron Man adventure!