Metro Redux by 4A Games, on Nintendo Switch, was not what I expected of an experience, having played the Metro Series on Xbox 360 and Metro Redux on the Xbox One. I knew what I was in for all over again and Metro Redux is a step forward with improved graphics and controlling, unfortunately on the Switch though it’s a little different.

Metro Redux is a collective of both Metro 2033 and Metro: Last Light in one, neat little package ready for any horror, survivalist shooter fan. On the Switch, it weighs in at only 6.2gb for Metro 2033 and 7.6gb for Metro Last Light which includes DLC. When loaded up the game feels a little compressed and quite noticeable as the quality in the graphics wasn’t what I expected even on the Switch’s downscaled resolutions.

For me the framerate was also choppy, at times and made the game appear grainy and pixelated when blown up on 40” screen. Housing and structure models sometimes rendered in blocky and I found monsters would on the rare occasion phase through objects rather than collide or interact with them. Possibly due to the Summer heat, who knows, but this isn’t typical of a Metro title, we all know and love. 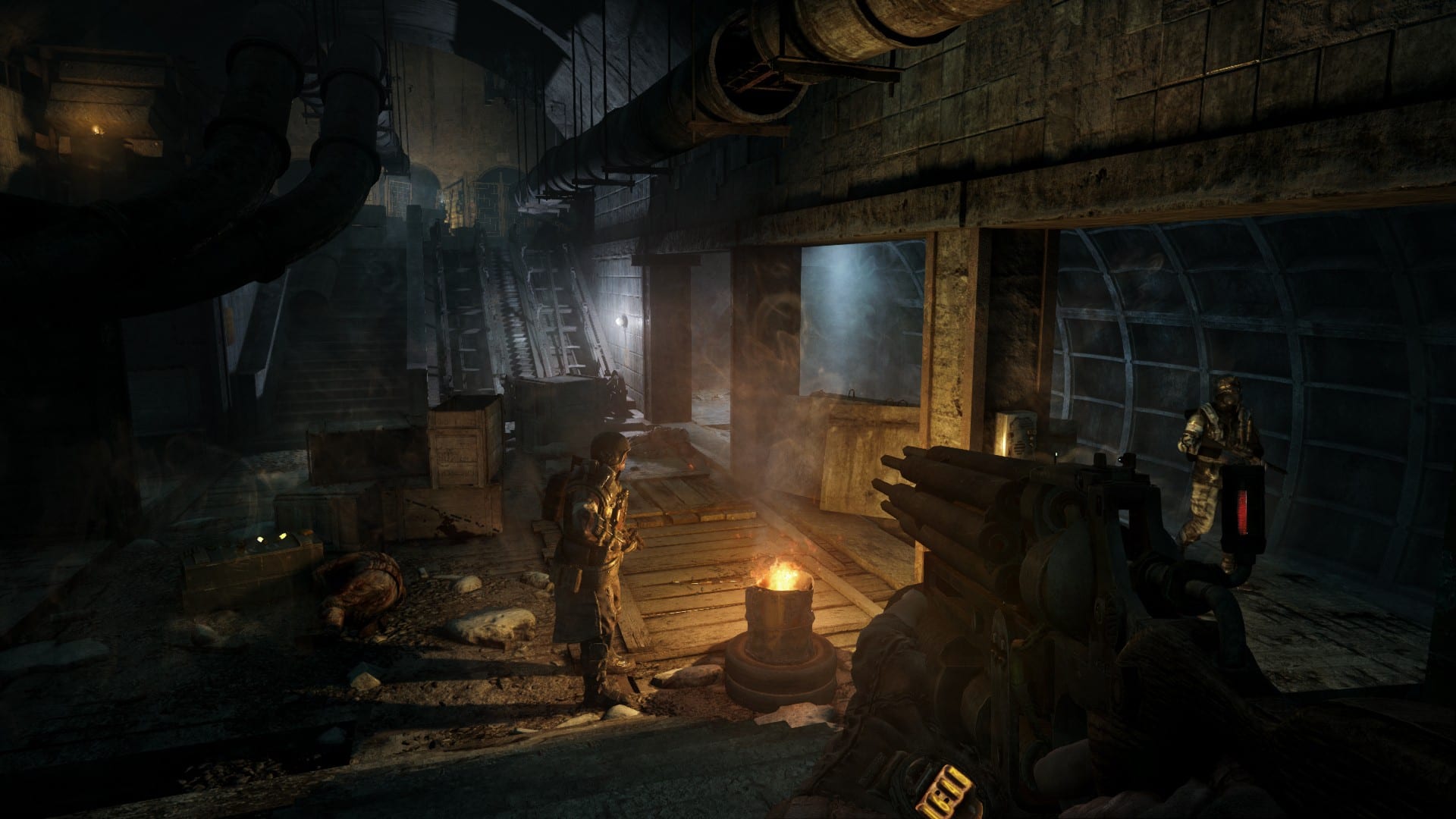 At times, I found it to be quite off putting playing it in handheld mode due to just how dark everything seems to be. Metro 2033 is a headache inducing after 10 – 15 mins of gameplay, while Metro Last Light was a little easier to handle with its better textures. I definitely recommend playing it docked however, as the brightness was horrible for Metro 2033 and with no way to adjust it in the settings, I might as well have played it blindfolded in some areas.

The handling with the Switch’s joy cons is not really comfortable for Metro’s play style, I found, so a nifty pro-controller will always come in handy. Joy cons just felt so clunky to control but I did enjoy the added feature of using the motion controls when looking around and aiming. It felt like a very balanced out mechanic that I actually used quite often in my gameplay, something I didn’t expect, as I used these motion controls more than in any other Switch game I own.

Being a full on, but often stealthy shooter, as I mentioned before, I felt the controls are mapped out better for a controller, so switching guns and using other combos of sticks and buttons would be better tightly in the hand. 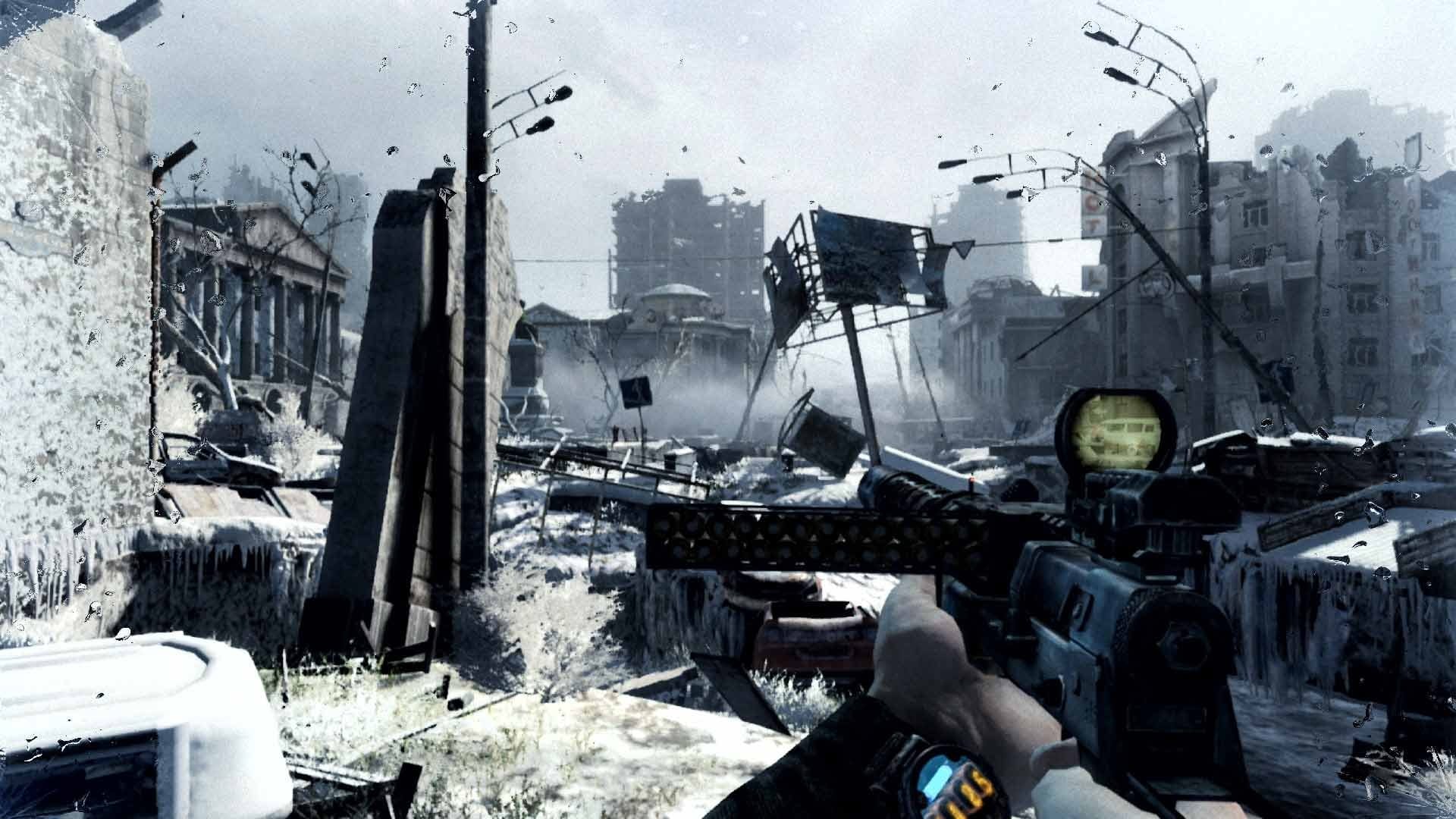 I found would like to note that my Switch struggled to play the Metro Redux collection at times, as my Switch was overheating quite frequently, having to take breaks between each of my longer plays so it could cool down. I found the heating wasn’t as bad playing handheld but docked, it felt like it was struggling with needs of the game vs the capabilities of the system.

Graphically, they were never going to be as good as the PS4 version, but they do both hold up with the 360 in comparison. While the Switch is only capable of spitting out 720p, the Metro titles really push the it to the limits. The sound quality wasn’t too bad either but did feel quite overlayed but after twerking it in the settings too, I got a very decent output volume of music and environmental sounds, and boy do they pop.

Out of Metro 2033 and Metro: Last Light on the Nintendo Switch, I preferred Metro Last Light’s adaption as it played a lot smoother and fluidly in handheld. Which really is what you want out of a game on that system; portability is key.

Overall, after playing sometime working around the few flaws it has, I enjoyed the games for what it was and why I liked Metro in the first place. If you’re a casual gamer that likes a story but wants to play in small increments then definitely give this game a go. 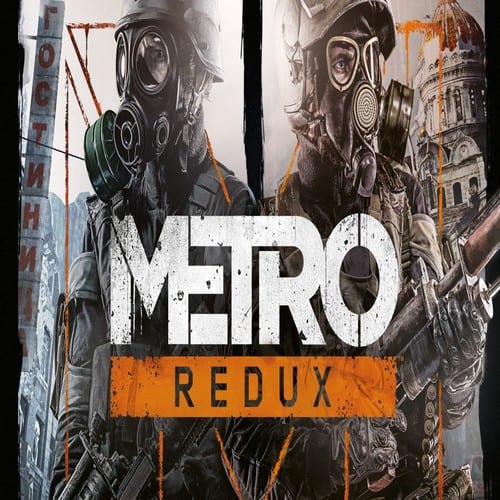 Published by: Deep Silver
Developed by: 4A Games

Metro Redux is the ultimate double game collection, including the definitive versions of both Metro 2033 and Metro: Last Light, each rebuilt in the latest and greatest iteration of the 4A Engine for next-gen consoles and PC.