I was very late to the Minecraft craze, I was pessimistic that something that looked like a kid’s game could have any sort of depth or complexity that I for one crave as a gamer. Boy, was I wrong. I eventually jumped onto that bandwagon and wow was I obsessed. Youtube videos, conspiracies, the lore even developer documentaries, I have researched about it all in the matter of just months. ‘Minecraft Dungeons’ is Mojang’s newest project with Double Eleven, that mixes the world of Minecraft with a top down, rogue- like crawler that is now available on PC, console and free to download in the Xbox Game Pass.

What do you do when you can’t fit in anywhere? You travel the far lands to become an evil villain of course! Being kicked out of his town and rising in power beyond any builders dreams, the evil Arch-illiger reigns terror on this colourful, serene world and you or a team of builders must travel the realm vanquishing his minions bringing peace once again.

While the plot is what I found as one of the weaker elements of the game, the ending leaves it wide open, infact to the point it is almost intentionally bare bones narratively. Defining characters and features of the game are so bluntly missing, that at first it is jarring but obviously leading towards a bigger picture. Hopefully. 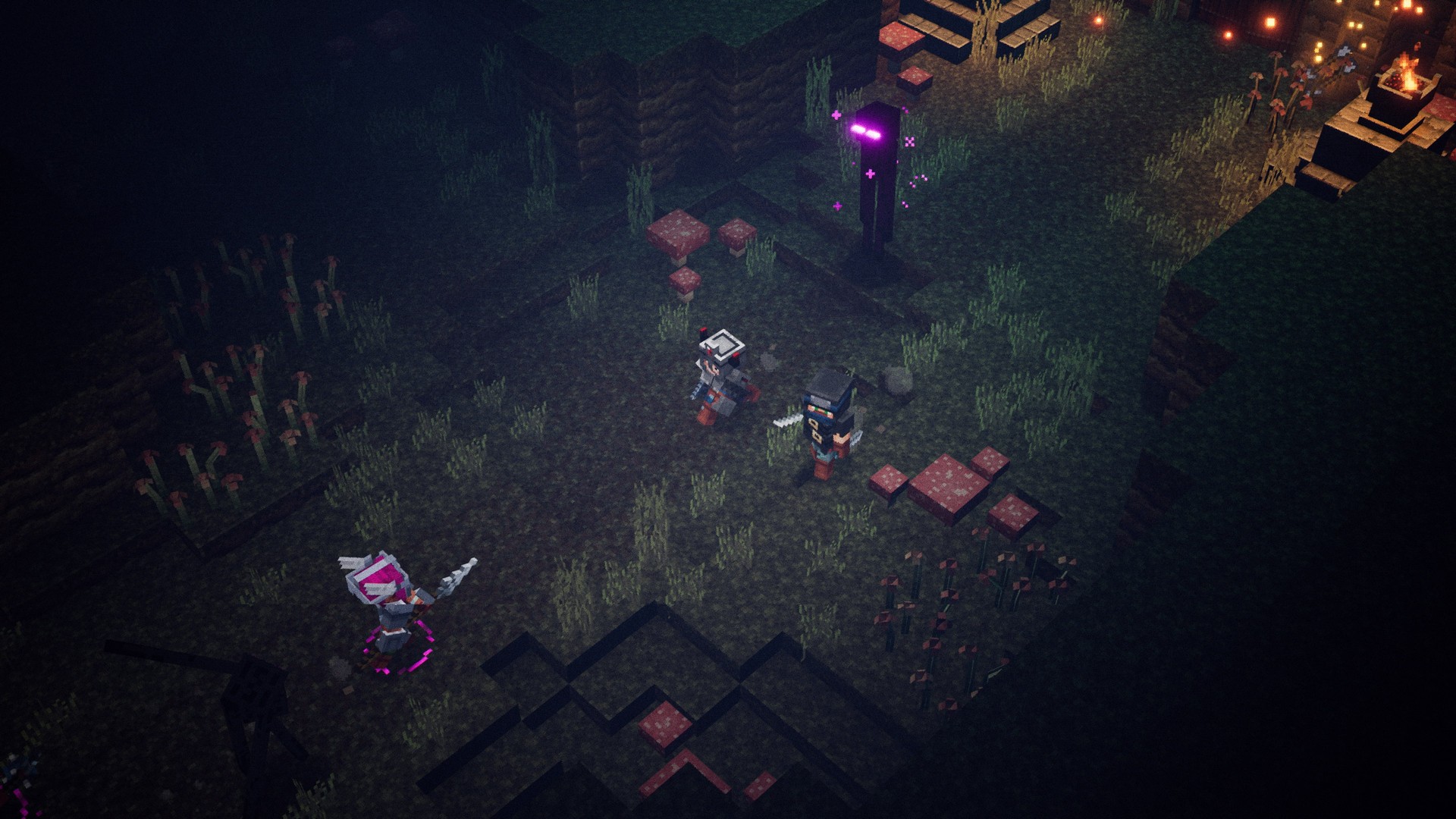 The game opens by offering a number of characters to choose from to embark on your epic adventure. They are all very different skins but it would have been nice to see an ability to perhaps change their body shapes just in case you wanted to build a tank that LOOKS and feels the total business. Blitzing through a basic tutorial, you are introduced to the traditional dungeon crawler type mechanics also utilised here in this title that are actually quite easy to master. You have a basic melee weapon attack, a bow on a trigger and each button is mapped out to an artifact; essentially your more magical abilities.

As you hack, slash and blow your way through enemies using these powers and weapons, you will pick up better gear and emeralds scattered after you have defeated your foes. The combat with these is actually pretty satisfying and each has an unique visual flare to them, with the fireworks and the Galick like energy beam easily being my favourites. As you progress and level up you will be able to buy weapons and artifacts with better passive abilities, damage or cooldown ratings. Each weapon comes with a range of passive or extra skills which can be enchanted to a certain allocated slot and to a varying degree of strength.

You can earn enchantment points through leveling up your character or by breaking down and salvaging other enchanted equipment. This is all very manageable as the menu is so slip-streamed even a child could figure it all out but any adult could still enjoy. 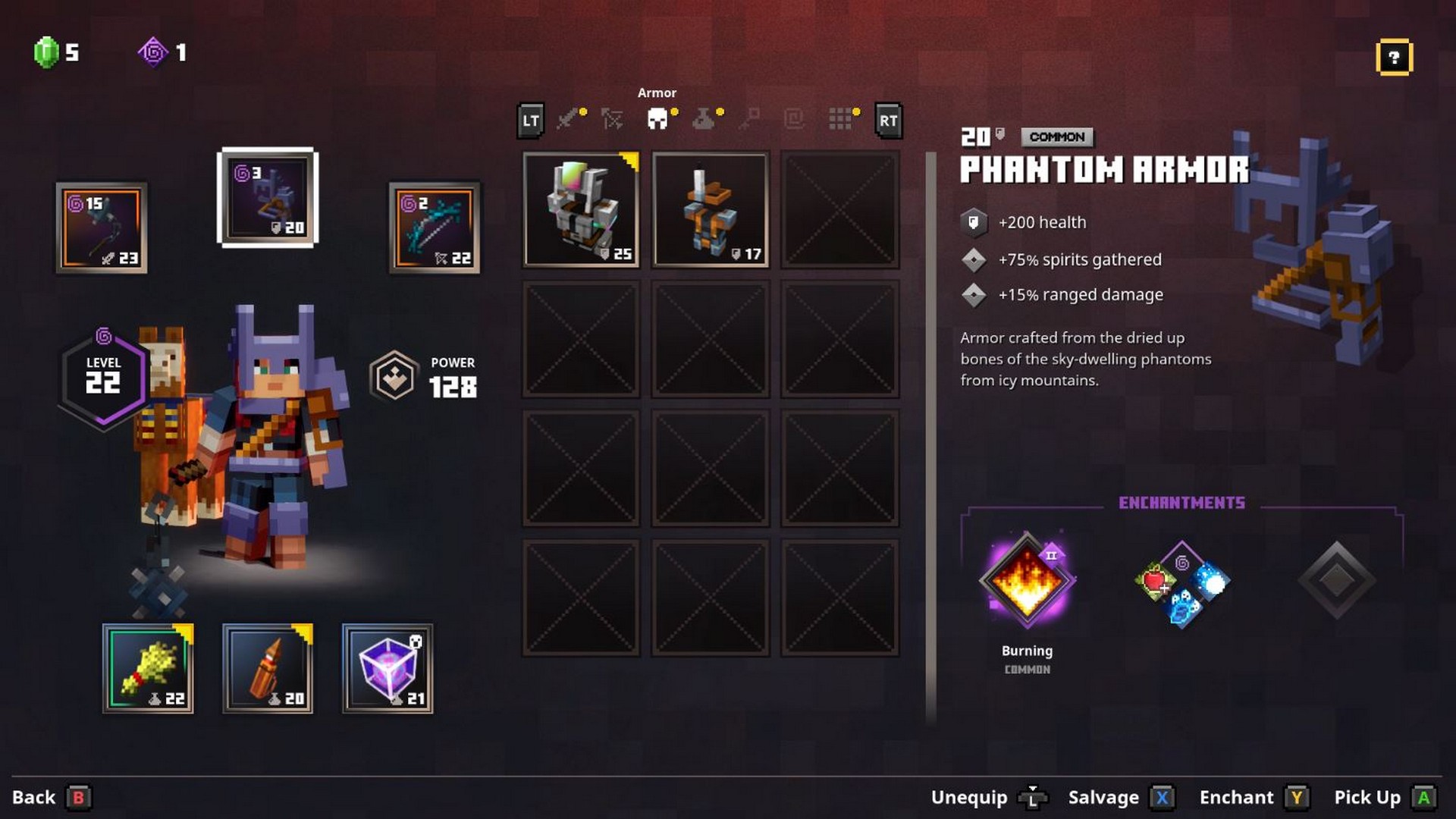 Progression is reached as you grind through each level, defeating varying difficulties of enemies and essentially taking out a boss at the end. This can be a solo endeavour or with up to 4 players locally or online. Once you complete the final ultimate boss, the world too can be increased in difficulty, being able to move the difficulty up overall across the entire map, making for more challenging grinds and way better loot.

The loot at present is pretty sound and different enough to be entertaining but I am optimistic that even more variations will be added in future DLC to keep the interest to come back since it isn’t an over large game to finish. Yes, it is quite grindy to get loot, but this is what dungeon crawlers are about, and to be frank, I was enjoying replaying each level, in fact, it became better and better the more combined damage you were dealing as you tuned and refined your build.

One critique I did have with the organisation of your hero is that you can’t really make a class or a loadout for certain situations. If you decide you want to specialise in a healer or a tank for example, then you have to hold onto items as long as you can and swapping them in and out as you go. It would be nice to build and keep something for a specific character instead of creating a whole new hero and starting the game again. I also wished they had utilised the actual building aspect to Minecraft, which I know is a big ask, but it is Minecraft after all. It did really lack interesting objectives to achieve and a “LEGO game” sort of building aspect really could have beefed up some the straight flat grinding of enemies. 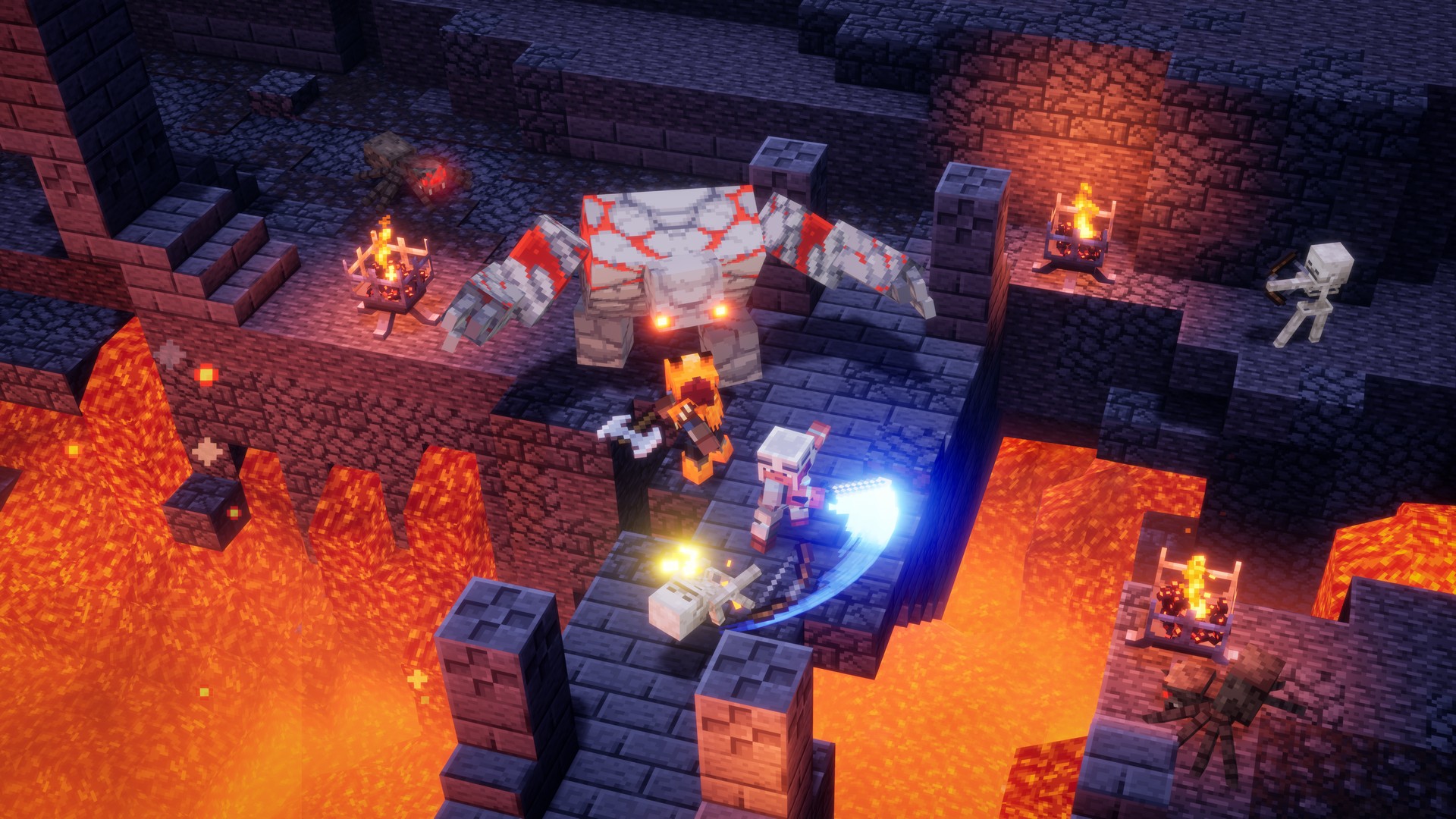 The visuals are everything you would expect from a Minecraft related game; very pixelated and 3D cube orientated, though they are crisp and defined. Each gorgeously textured brick is right at home in each of the unique biome locations and each character whether it be a creeper or a Evoker is oozing with the details that already make them charming, but with just a bit more clarity and colour pops this time round. The cutscenes in themself are a marvel to watch and had me giddy from start to finish with the captivation as the excellent narrator unravelled the tale.

The atmospheric backing music suits every situation; from the serene menu and camp music as you sort through your gear to amped up twangs of boss interactions, each certainly gets you in a feel. The character and environmental sounds too are pulled straight from Minecraft adding to the whole experience.

Overall, Minecraft Dungeons was more than I expected. Was it polished narratively? Not necessarily from a fan perspective but it was a good time regardless and that has so much potential down the pipeline with the amount of law missing at the present. Gameplay and mechanics are simple but effective with loot being satisfying to grind through the various enemies for. With 2 promised DLCs in the works, I can’t wait to enter back into this realm to uncover more of its secrets. Happy Grindcrafting guys. 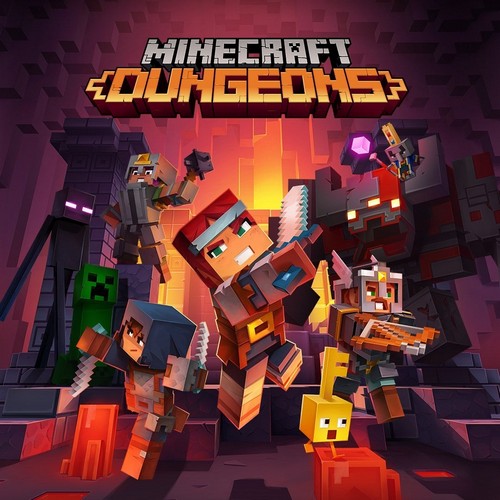 Developed by a dedicated, passionate team at Mojang, Minecraft Dungeons is a brand-new action-adventure title set in the Minecraft universe inspired by classic dungeon crawlers. Battle new-and-nasty mobs across action packed levels in either single player or up to four-person co-op multiplayer in this epic quest to defeat the evil Arch-Illager.