Monster Crown is a Steam game currently in its Beta stage, developed by Studio Aurum and published by SOEDESCO, this indie game is in essence Pokémon, with a little more mature audience in mind.

Monster Crown as previously stated is just like Pokémon, you play as a young adult, building a character with some general characteristics, your character goes into the draw to win a monster; your first monster. You must answer a few multiple-choice questions which help indicate the best match for you. You are tasked by your father to go to the nearby kingdom and give the local king a gift, along the way you meet an evil young woman intent on destruction and you must level your monster up to beat her and save the land.

Monster Crown looks like an old school Zelda or other famous top down games with its basic, 2D game design and pixel graphics. The music is also reminiscent of those games with its high-pitched computer-generated noise, I honestly think should have been left in the past. The graphics left very little detail to the characters and the map with the scenery changing from desert to grassland and at times you couldn’t be crossed because of an invisible barrier. 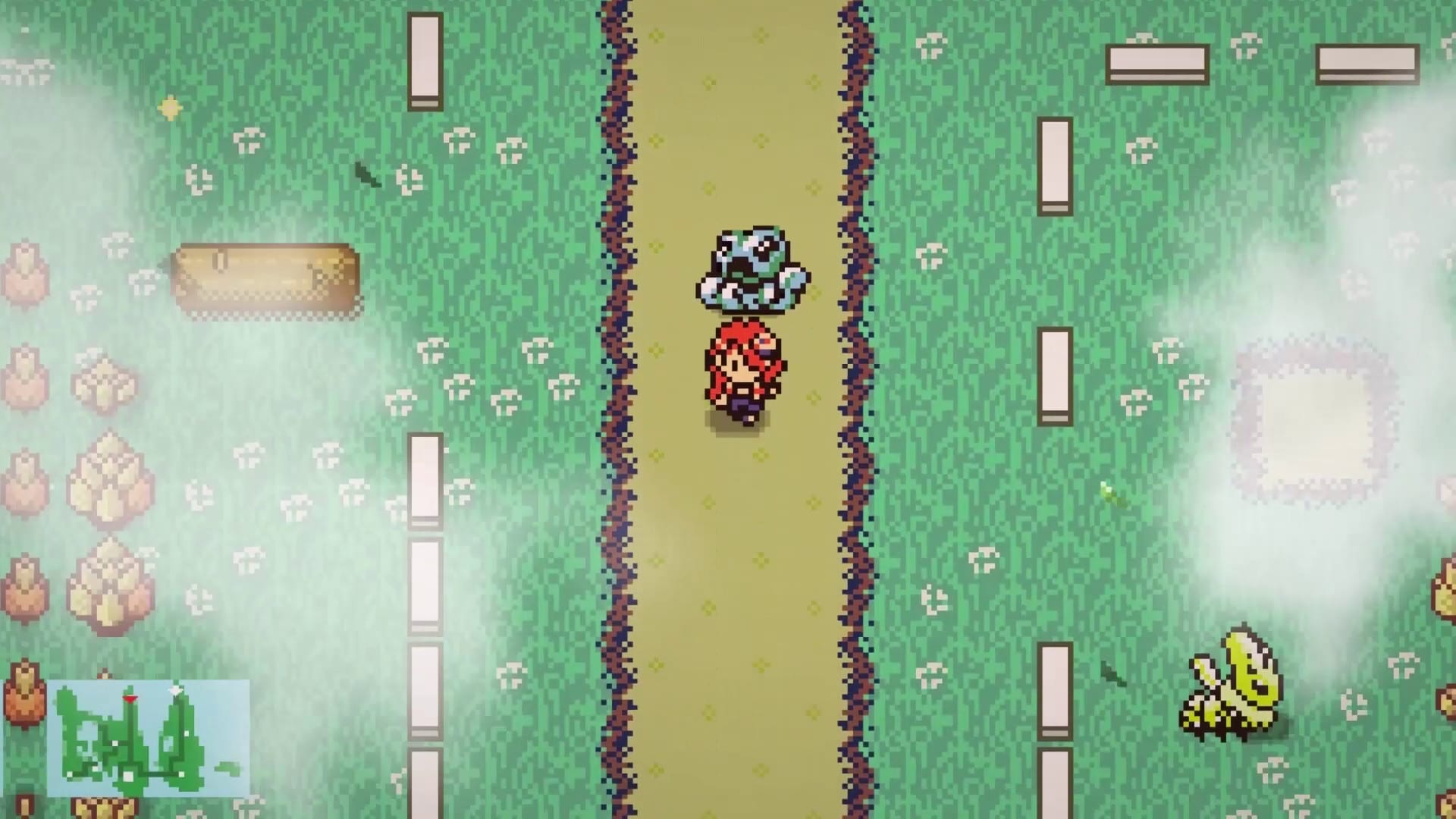 The controls for Monster Crown are easy, the directional buttons move your character, the Z button is Ok, X is Back, C is Ability which you can change using Tab, that’s all you really use. ESC takes you to the menu where you’ve got a list of your monsters, inventory, notes and a few other options. The game consists of you running around a map fighting monsters, levelling up and either defeating or asking your enemy to join your team using a ‘paçt’ agreement.

As the game progresses you can breed your monsters and make a new type of monster with attributes of both. Each monster has a type; Malicious, Brute, Will, Relentless and Unstable. Each type of monster is vulnerable to another type, similar to how in some games fire is vulnerable to water. All based on that similar principle, luckily in your menu under your notes you can find how each type works.

Monster Crown really just felt like a mixture of games we already own and love. The dialogue was a lot more mature, but aside from that having the monster types being named something different and having different character models, I couldn’t see many other changes. 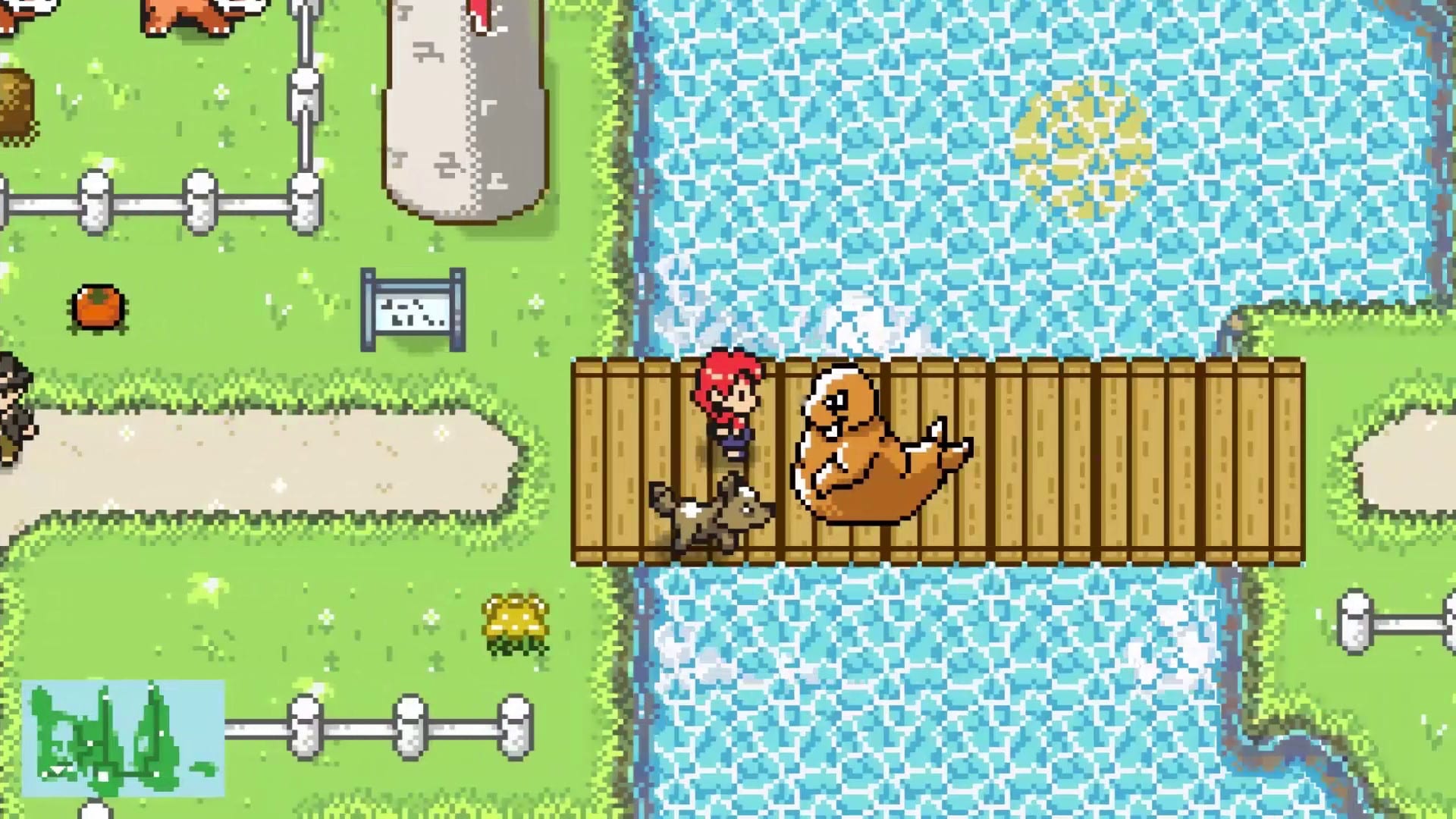 This isn’t necessarily a bad thing, but with the other pocket monster games I always get bored running around trying to grind just to be strong enough to get to another area, or having “random encounters” as soon as you go into the grass. One thing I liked about Monster Crown is your enemies are on the map so if you don’t want to fight you can run away, this is fairly pointless though as you cannot level up without fighting as many enemies as possible.

Overall, I found Monster Crown to be cute, basic and lacking imagination. I did grow fond of my little Hooligan (the monster I got assigned at the start) that looked like a little grim reaper, I just did not enjoy the story and grinding to level up, in an area that took around 5 minutes to get through. I somehow was expected to level from 10 to 23 which was very frustrating. I think anyone who has played like games and would like a PC version will love this game, I can appreciate this game, but it just didn’t grab me that way it could have. 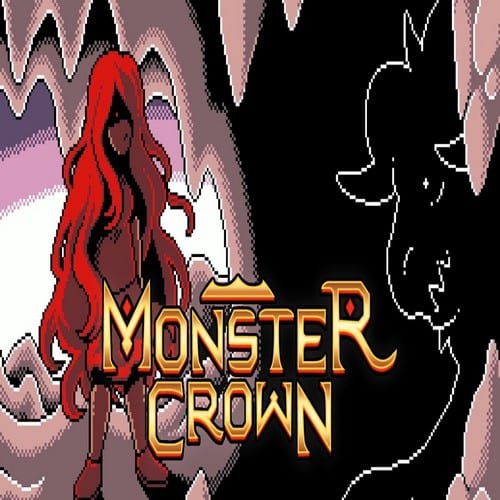 Dive into a dark world where monsters rule and make pacts with them to defeat an evil young woman seeking power. Hunt, battle, tame and breed monsters to create your own legacy. Together with your monsters, you can restore the balance to Crown Island.