Published by THQ Nordic and developed by Rainbow Studios (who are best known for their off-road racing games), Monster Jam Steel Titans 2 is based on the exciting real-life shows known as Monster Jam, bringing together the most famous monster trucks to live audiences and televised around the world, for some adrenaline-fuelled family entertainment. The second game in the Monster Jam Steel Titans series aims to bring the same extreme racing and freestyle action events to home consoles.

Beginning the game, players will be taken through a helpful tutorial to learn all the tricks of the trade, before heading off to compete in the famous events as seen on TV as well other game modes, made only possible in the game. With only two trucks to start with, winning the events will help unlock more unique trucks with their own design and theme, including real-life fan favourites such as Grave Digger, El Toro Loco, Megalodon, and more.

Players will also be given their own home base to ride around freely, practice their tricks and tear up the environment, giving it an open-world game feel with more areas of the map to unlock, but the real action is participating in the events. 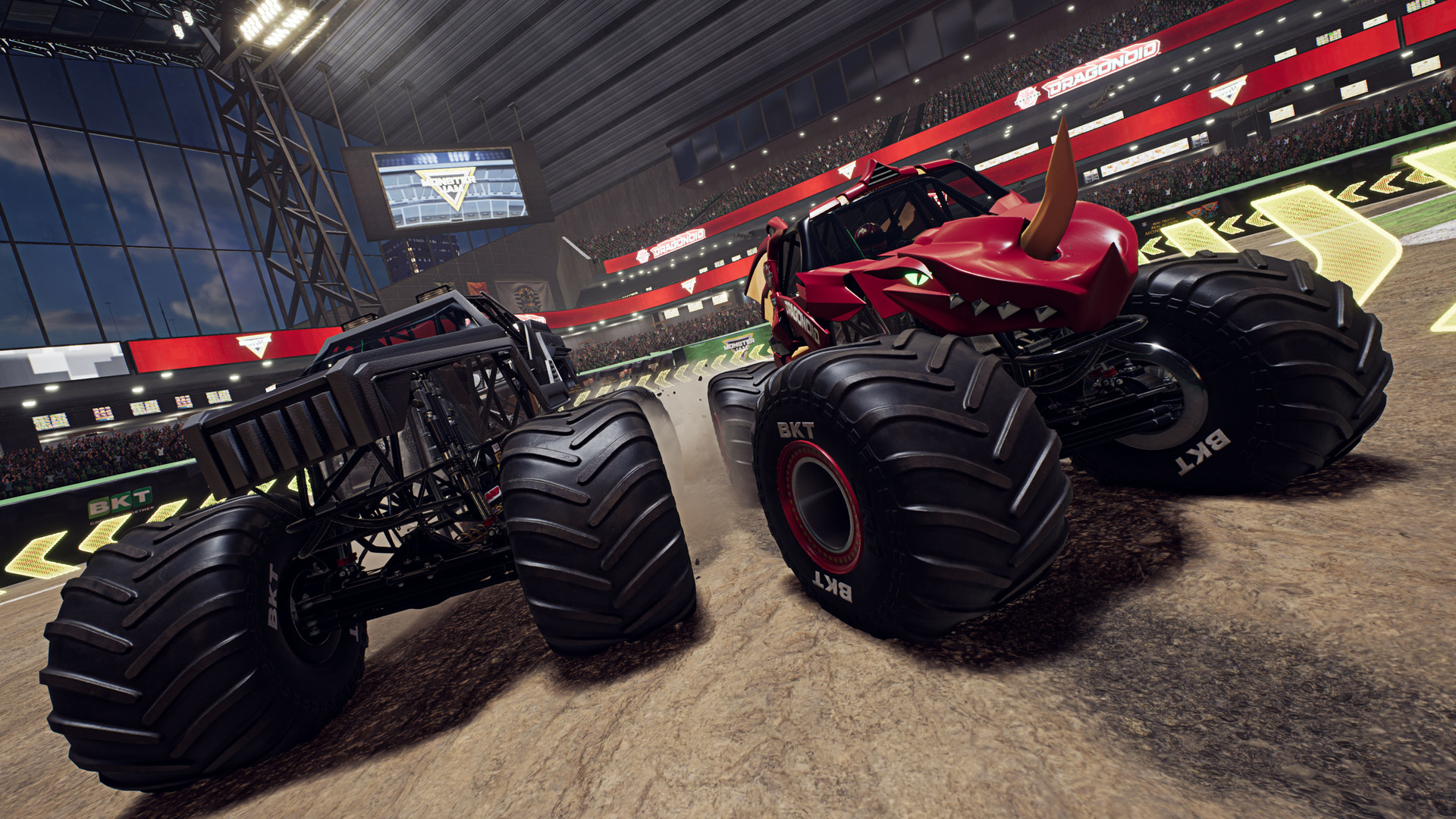 Players can compete in the events just like in the real Monster Jam shows or even play in other modes allowing them to race in various outdoor environments, which would be a dream come true for real monster truck drivers. The game does a decent job recreating the real-life stadiums and courses; however, the presentation really falls short of capturing the thrilling experiences of the actual shows. The experience of attending a live show is unlike any other, as there are more than just the monster trucks going wild on the tracks. The announcers hyping up the crowd and introducing each monster truck with their driver isn’t seen anywhere in the game.

Even after successfully completing each event, there’s no real awards ceremony to give that real satisfaction. Instead, the game quickly goes straight to a shot of the driver waving to the audience with words on the screen saying you’ve won, before going straight back to the menu screen. The audiences in the game also sound very inconsistent, as they go from chatting to cheering and straight back to chatting, making them feel very artificial. This all makes the game feel very rushed. The audiences in the stadium events are also just 2D sprites which is common in any game with a live audience, but Monster Jam Steel Titans 2 doesn’t have the best example of this, which also adds to the lack of recreating the real-life experience of a Monster Jam show.

The non-stadium game modes are actually a bit more fun by taking the action outside, racing through canyons, forests, and deserts, which is a dream for any monster truck rider. The overall gameplay has more of an arcade feel and just feels more suited to riding outdoors in big open spaces. The arcade feel is due to the game’s physics, which can be very whacky and out of control, whereas the real monster trucks don’t quite perform like that. Although it’s fun at first being able to fly through the sky, it’s not long before it starts to feel old. However, the game’s controls are actually done quite well with the left stick being used to turn the front wheels and the right stick used to turn back wheels, giving players a variety of options to manoeuvre their trucks and perform different tricks. 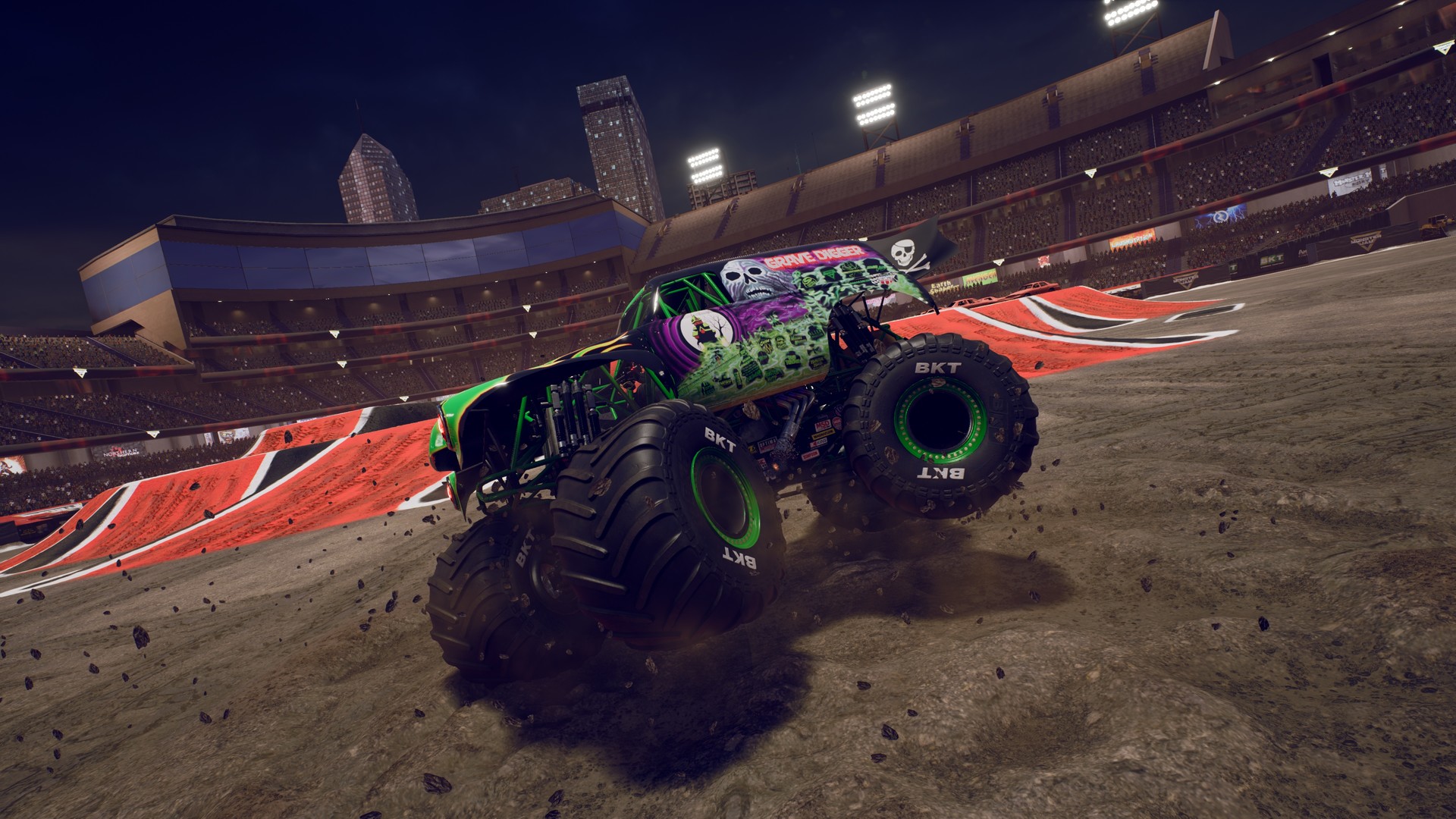 The graphics overall are hit and miss. The trucks up-close look fantastic and menacing like their real-life counterparts, but everything else just feels a bit outdated for a modern console game. The outdoor environments look good from afar especially while racing around, but not quite as smooth up close. The stadiums look decent (as mentioned above) but don’t feel as polished as they should be and the lack of a live announcer and feel of a real crowd doesn’t help either.

Even having the commentators as they do on TV, would’ve really added more to the experience. The techno music also feels stale and doesn’t really add anything to the game, plus not having the option to select the tracks can be a little irritating. Having other genres of music (even licensed music if possible) would allow players to experience the game with their own personal tastes.

Even though having the actual Monster Jam brand attached to the game will immediately have Monster Jam fans drawn to it, Monster Jam Steel Titans 2 doesn’t quite accurately recreate the thrilling, awe-inspiring, adrenaline-pumping excitement of a real Monster Jam show. There are other monster truck games available that are overall more fun and exciting, even without an official brand. 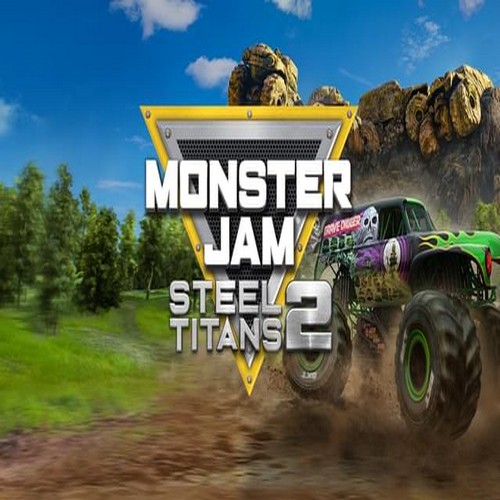