We are back with some more Mortal Kombat 11 DLC madness! This time it is the new, story downloadable content, Aftermath. This DLC contains the Aftermath story extension and three new playable characters; Sheeva, Fujin and the muchly-approved addition of Robocop.

Starting with the new characters, Sheeva is a power house and I really enjoyed her mechanics and feel. I was expecting a slow, clunky character, however to my surprise she was a combo queen, especially her punch combos with a few good kick combos thrown in to boot.

Fujin is like not finding the toy in the cereal box, with that sad disappointment which then turns to overwhelming joy after your mum or dad look and pull out that elusive wonder twins magic ring. When I first played as Fujin, I basically had to just punch and kick my way through the story. However, once I learned more and more of his combos and his many abilities, he quickly makes for a very enjoyable character. Thinking over it now, he does seem very under powered compared to the others which is probably why he seemed a little disappointing. 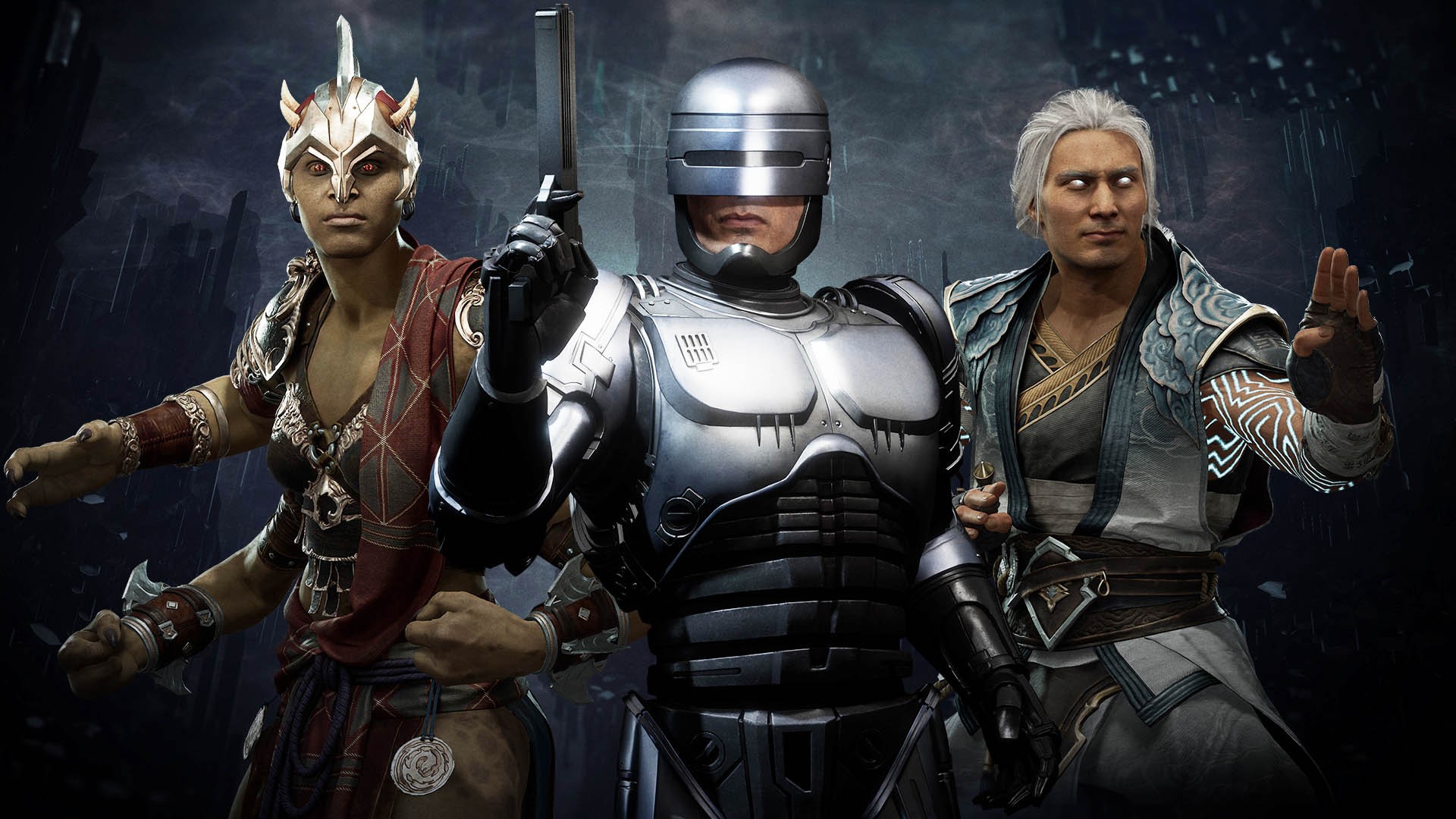 Now, to probably one of the most hyped character to be introduced to Mortal Kombat 11; Robocop. Boy, after that nostalgia wears off, he is probably the worst of all the DLC characters, in my opinion. It is absolutely great that Peter Weller voices him and his fatalities and friendships are awesome, but he is so slow and clunky to play as. I understand that he is a robot and cannot move like Lui Kang, but it is, at times, just painful. What he lacks in movement he makes up for though in ranged attacks. These all look very cool so he would be very good for people who like fighting from a distance, and cheesing it.

The story extension itself is good; the concept is a little far reaching but if you turn off the logic part of your brain, it is a fun three hours of gameplay. Spoilers are coming ahead for both main and DLC stories.

After the climactic battle against the worst named villain in Mortal Kombat, Cronika, Lui Kang is about to re-write history when the best part of this expansion shows up. Queue the music and the first three of the four playable characters rock up like rockstars, to save the day, stopping Lui Kang from using the hourglass without Cronika’s crown, which apparently is bad. Night Wolf, Fujin and Shang Tsung, voiced and sculpted from the man himself, Cary-Hiroyuki Tagawa, and arguably the best part of the entirety of Mortal Kombat 11 also make an appearance. 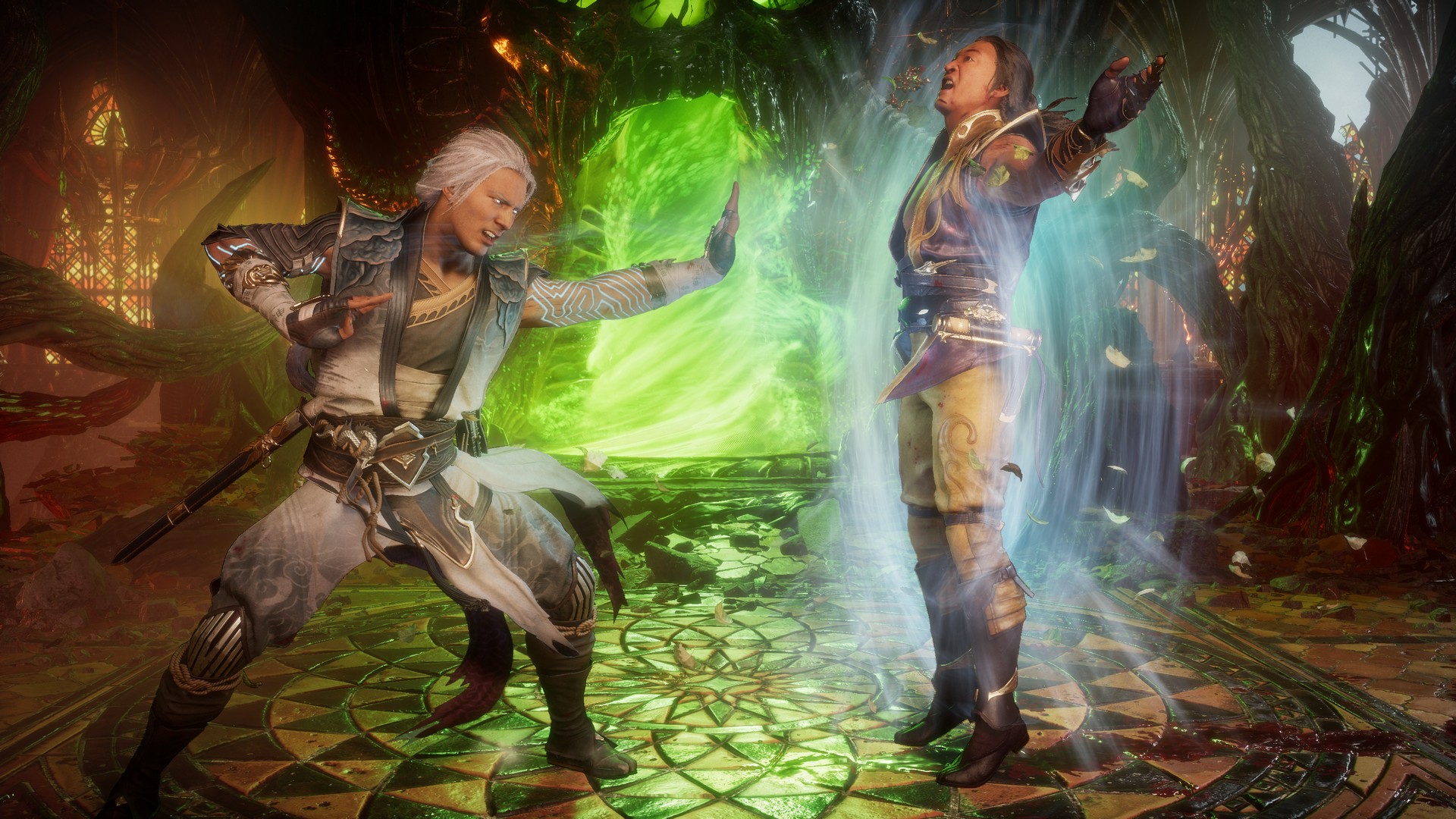 Shang Tsung steals the show in every scene with his charming villainous quips which are absolute gold. Fujin, in my opinion, is the better version of Raiden and Night Wolf is also surprisingly great as that sort of mortal hero type. These three go on a fantastical quest into the past, in order to steal the crown before Cronika gets a hold of it, without being seen as to not disrupt the timeline.

Graphics and music are the business as usual and still NetherRealm have done an amazing job. There are a few new stages to checkout; one of my favourites being the retro-cade stage that has projectors showing classic level backgrounds. One other new mechanic that I don’t remember them using in the main story, is some of the fights you get to call in an ally that comes in, does a move and leaves.

There is also fighting two enemies, where they use one health bar each and you only get one health bar, so once the first rounds over the next enemy will jump in with your current health staying where it was.

It was nice to get a story based DLC and I do recommend it to Mortal Kombat fans, however for non-fans or people that don’t usually play fighting games it may be a little steep in price for what you get, especially with all the free content that came with the latest update.