I think it’s fair to say that the past couple of Need for Speed games haven’t really felt like they’ve lived up to the older games in the franchise. Personally, I loved the days of Underground, Most Wanted and Carbon, so when EA announced Heat, my eyes lit up and I prayed to the NFS Gods that it would take me back to a better time.

Over the years, we’ve seen many changes to the Need for Speed formula. We’ve seen better graphics, different locations and environments that keep getting bigger and bigger, online integration and of course, new game mechanics to keep the game feeling somewhat fresh. So, now that Need for Speed Heat is here, what’s new? How does it stack up to previous titles? Let’s dig in.

As for the story, it’s not too much different from previous games, it’s so very familiar. You’re yet another rookie street racer looking to make a name for themselves. The first thing you’ll do is choose one of the preset avatars the game offers you. Don’t worry, you can customise your character later on, at any garage or safe house. From here, you’ll end up joining a crew that’s out to stand up against the corrupt police force of Palm City.

One of the main differences with this Need for Speed is it’s Day and Night mechanics. They don’t cycle from Day to Night as you would expect, but rather act as two separate modes, each with different activities and races to complete. During the Day, you’ll participate in legal race events that will reward you with cash in the wallet. While, during the Night, you’ll participate in illegal street racing which will earn you Rep (R Level). 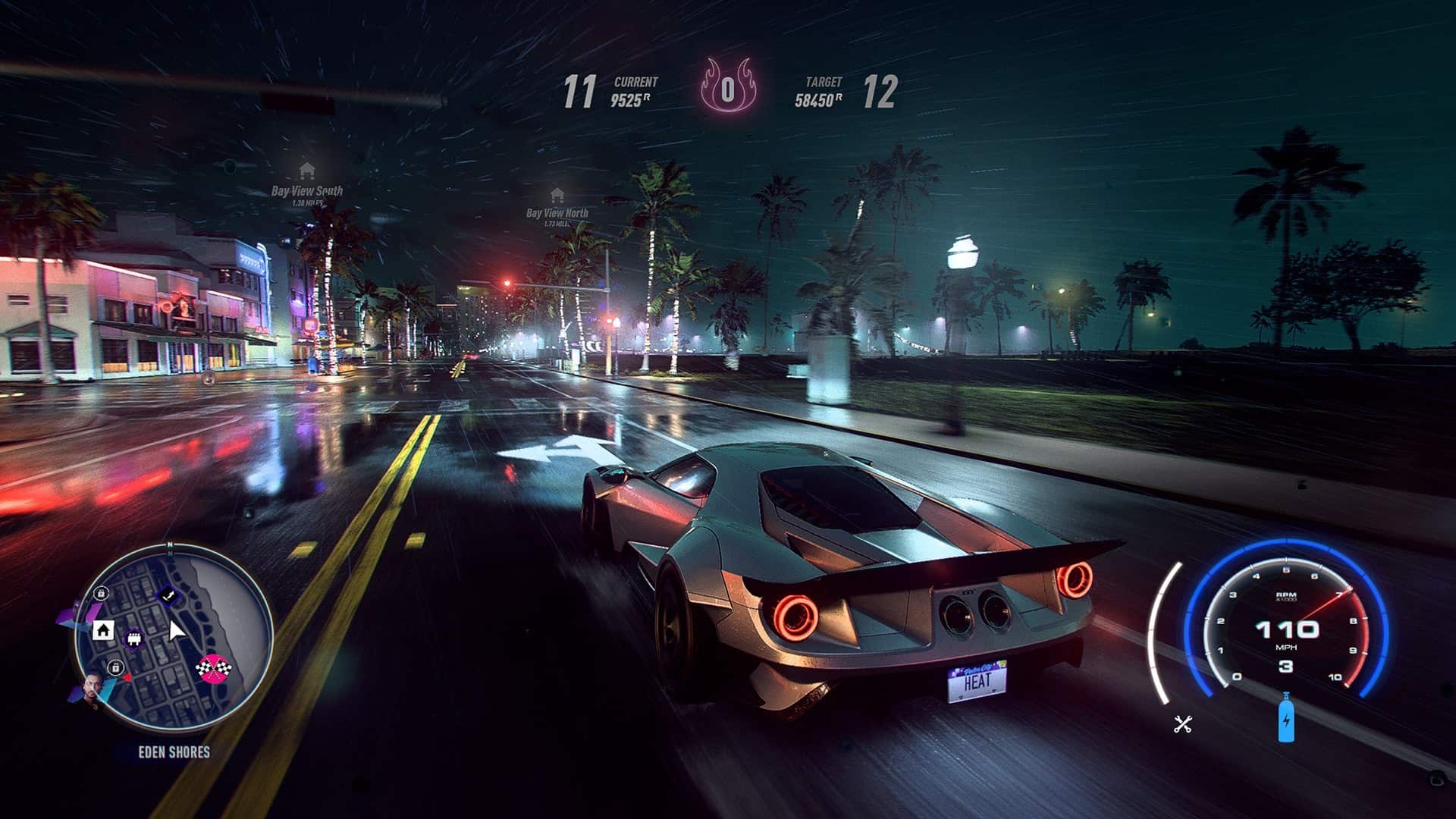 This system works pretty well. Do you need money to buy better parts for your car? Then hit up the Day time events. Need RP to unlock new cars and parts? You simply just hit the streets at night and avoid the cops at all costs. Once you’ve done enough races and earned the RP or Cash you need, head back to safe house to cash it in. Though, if you happen to be caught up in a police chase, you won’t be able to head back to a safe house until you’ve escaped the police. This can be pretty tough, especially if you build your infamy level to a Heat level 3 or above from a po-po pursuit.

The cops in Need for Speed Heat are savage. While the first 2 Heat levels aren’t too bad, 3 and above will have you speeding around for a while trying to shake them loose. They don’t let up at these levels and can be downright brutal. If you happen to get away, be sure to head back to a safe house, and you’ll be rewarded with a Heat multiplayer of 2x all the way up to 5x of the RP you’ve earned during that Night time session.

So, how do the cars handle? Pretty good, actually. They’ve managed to give the cars a sense of weight to them, while still keeping the feel that it’s a Need for Speed game with its breakneck speeds. Something I always seemed to struggle with in previous games was drifting, well not anymore. Drifting is now triggered by a simple quick tap of the accelerator while turning into a corner. For even tighter corners, you can still tap X to use handbrake to make quick and sharp turns. As for being concerned about hitting objects during races, it was a breath of fresh air to see that in Heat this wasn’t really a concern. 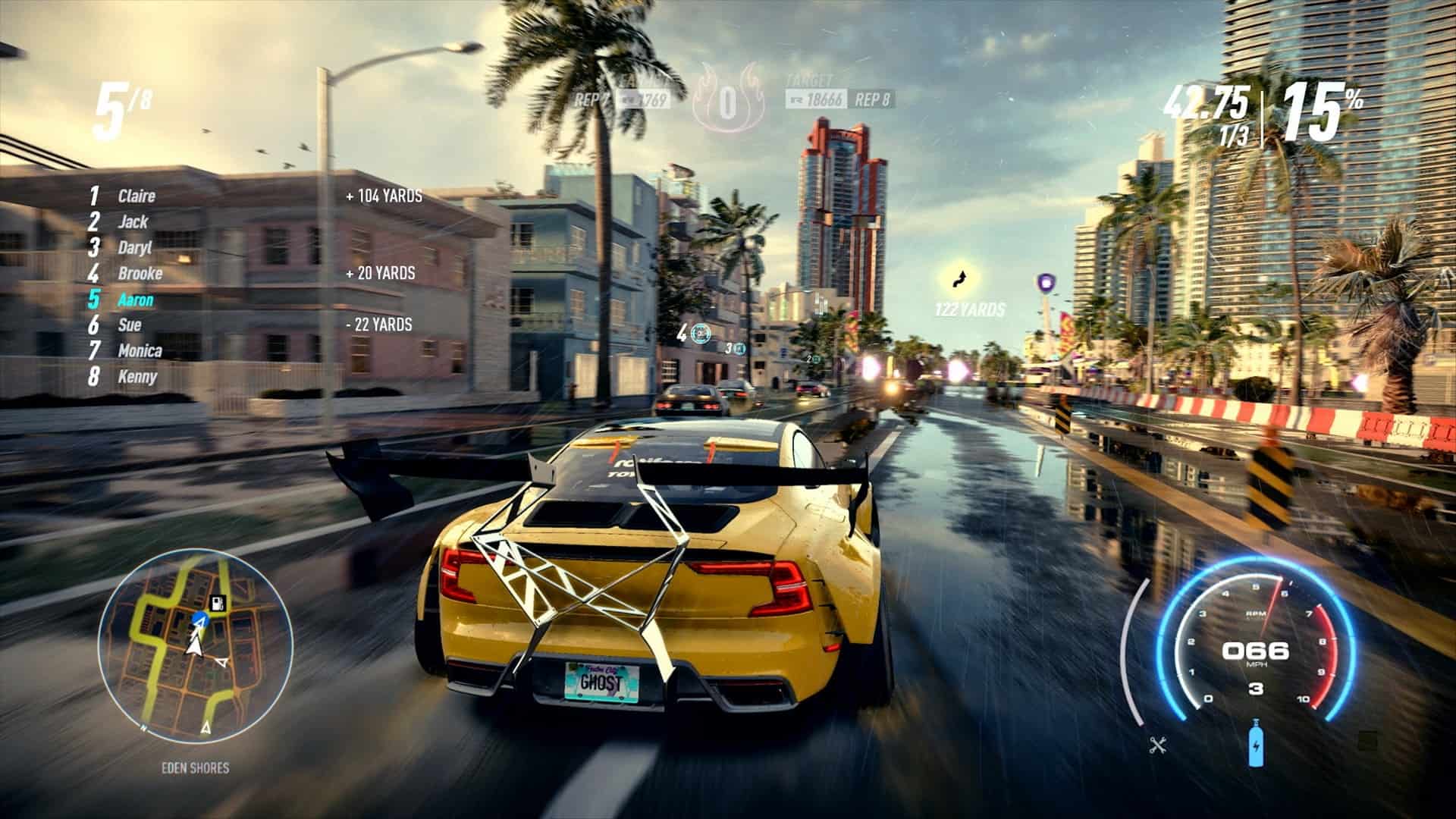 Driving into things like fences, bushes, trees or light posts had you driving straight through them. Sure they slowed you down, but you didn’t have to worry about coming to a complete stop every single time you hit something, giving you the ability to focus on the race and have fun. Some people are going to say, “But how is that realistic?” My reply; “It’s a Need for Speed game”. I’m looking for fun, fast races. If I wanted to play a driving simulator, I’d boot up Forza Motorsport. Though, clearly if you hit a house or a super large tree, you’re going to stop dead in your tracks. I think it’s a pretty good balance.

Car customisation has also been stepped up with Heat as you can change almost anything on your car. Things like rims, tires, front and rear bumpers, headlights, window tint, spoilers, mirrors, number plate, the list goes on; you name it, you can change it. You can even change how your exhaust sounds. As well as changing your paint color, you can still add decals to your car and even save or import designs from other users online. It’s a real playground for anyone that loves to spend hours making the perfect ride.

Everything under the hood can also be modified or swapped out. You can replace things like the engine, transmission, suspension, tires, cooling system and more, with each categorised into Basic, Sport, Pro and Elite. As mentioned earlier, parts will unlock as you work your way up in RP. Each time you build your perfect ride, you can save it. This comes in handy due to the different types of events you’ll need to compete in. You can build the perfect car for street racing, one for off road events and a ride for drifting. All you need to do is head back to your garage/safe house, load up your desired car and hit the roads. 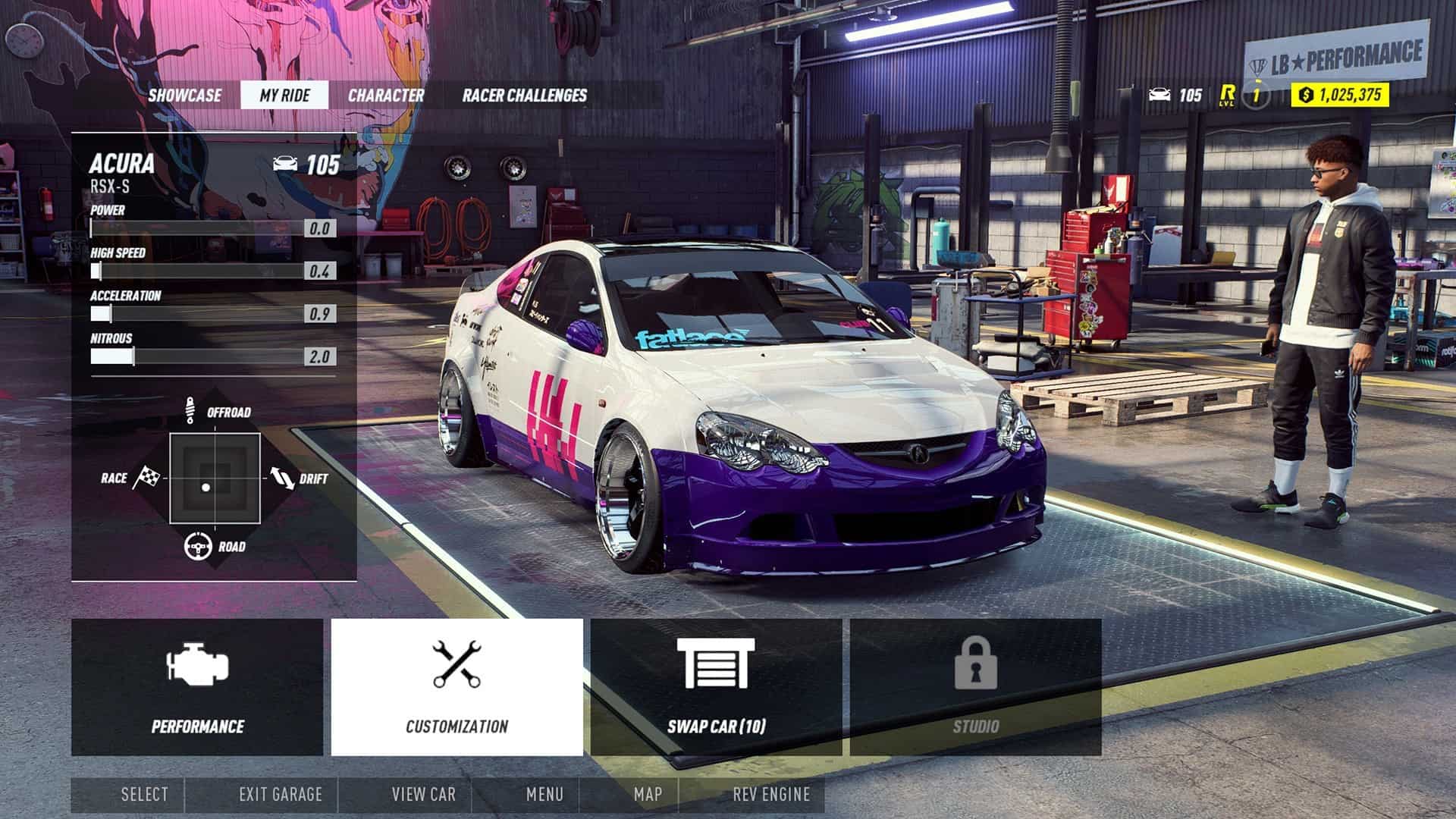 Now, while the solo campaign is fun and a draw card for most players, those that like to play online with friends can do so and with up to 16 players. You can even join or create your own “Crew” with up to 32 individuals. Being part of a crew will let you unlock extra bonuses like earning money and rep, which increases as you progress. It’s a great way to encourage being part of a crew and socialising. If you don’t want to race as part of a crew, you can take on and challenge other players in your party or in the world you’re playing in. I spent a lot of my time challenging players online to races. It was fun seeing what kind of rides people had come up with.

So how does the game look on a graphical standpoint? Well, Need For Speed Heat is definitely a gorgeous looking game. Palm City has been beautifully designed with some stunning attention to detail, both on the cars and the environment. This is even more obvious at night, when Palm City comes to life with it’s neon lights painting the town with bright, vibrant colors. Dynamic weather/rain is also a feature in Need For Speed Heat covering the roads with a slick, sheen of puddles. All just all comes together so beautifully. Unfortunately, this game doesn’t come with a Photo mode, if it did, I think I’d spend a fair amount of time using it.

In conclusion, I have to say after recent disappointments with the last few entries in the Need For Speed franchise, it was certainly refreshing going back to what made me enjoy the series. Need For Speed Heat is easily the best and most fun I’ve had in a Need For Speed game in many, many years. 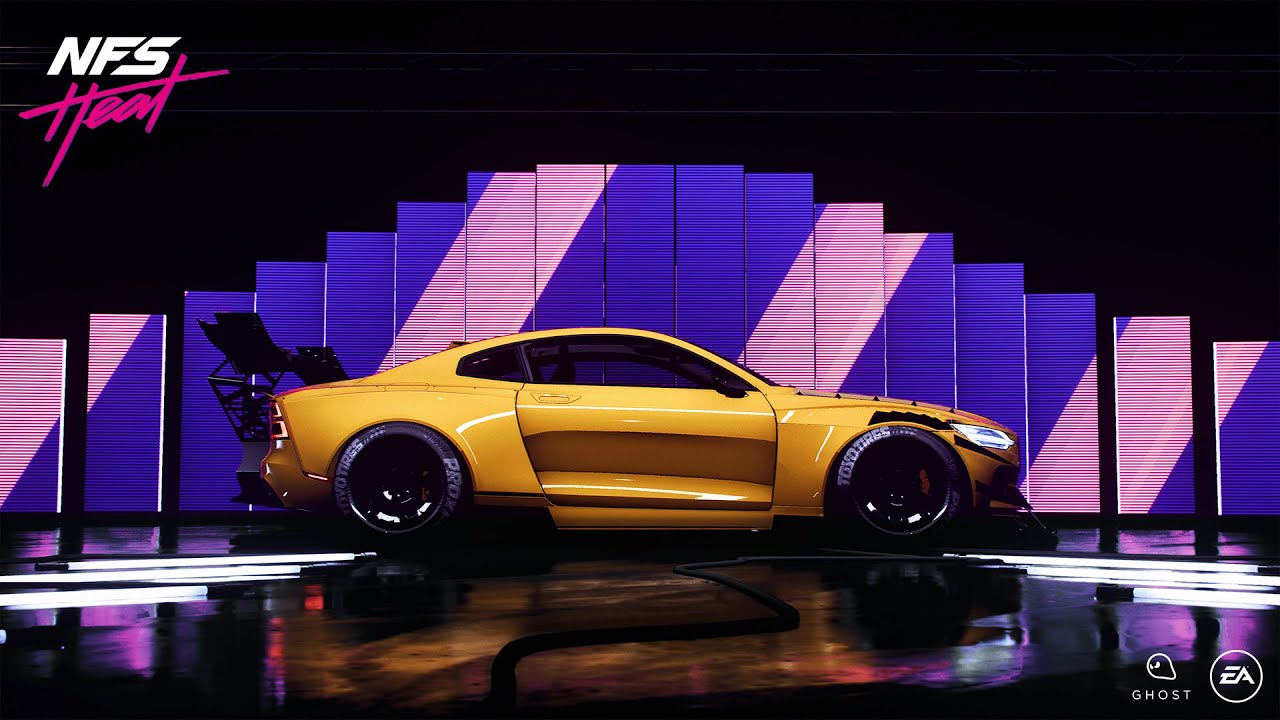 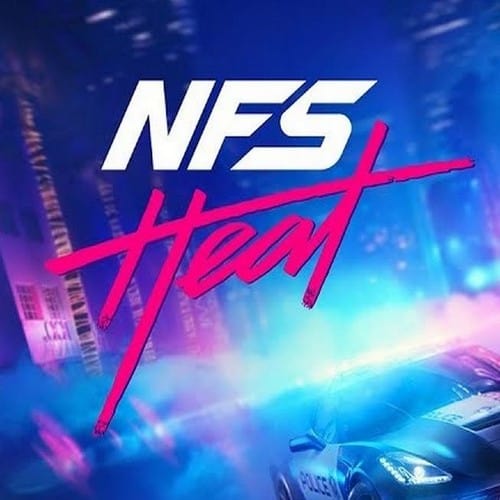 Need for Speed Heat sends fans to Palm City, a brand-new open world where street racers have gathered to make their names known.