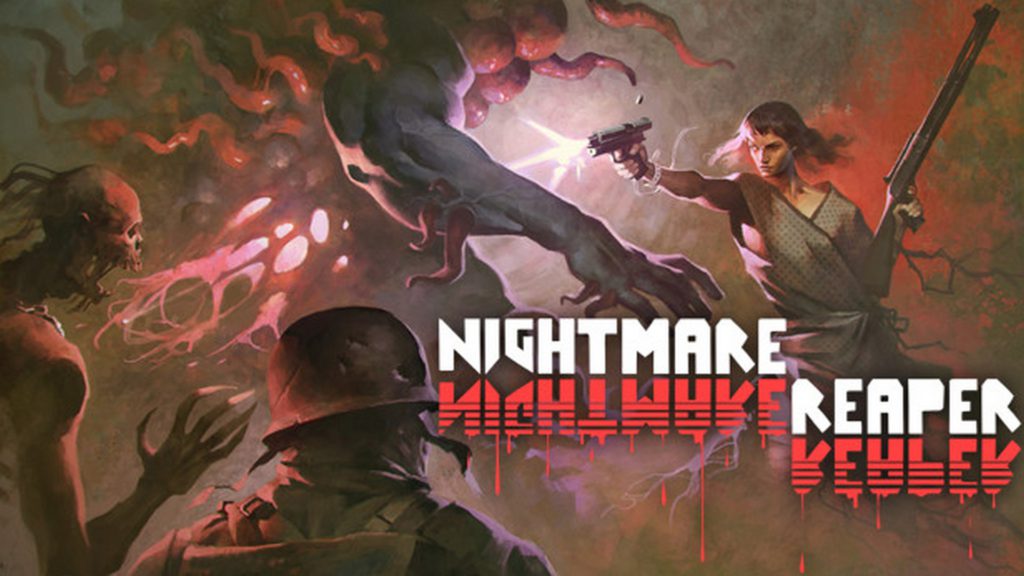 Over the years there have been many retro-styled FPS games, I mean ‘Doom’, ‘Wolfenstein’ and’ Duke Nukem’ defined gaming in the early days. The only issue is that these games were inventive for their days, they were new, fresh, and they were the grandfathers of their own genre.

Many a game designer who attempt to recreate games using these gods as their image, fly too close to the sun, and the game as chaotic and intense as it may be, just lacks a certain “je ne sais quoi” (appealing quality). Nightmare Reaper takes that inspiration and cranks the dial to 11. ‘Nightmare Reaper’ is a Retro-styled FPS developed and published by Blazing Bit Games which entered early access on the 17th of July, 2019, but is finally ready for its full release on 28th March, 2022.

You load up the game and you are thrown headfirst into a psychiatric ward, no menu, no instructions, nothing. I was sitting there waiting for the menu to appear for a few minutes before I realized that was the game, there was no indication to say I was already playing. So there I was stuck in this room walking around in small circles trying to figure out what the hell I was doing almost as if I belonged in that room, slowly losing my mind. Then it struck me, I haven’t interacted with the bed, and then the title of the game finally made sense. Nightmare Reaper is about your character’s nightmares, these nightmares aren’t invading the world but the battle was internal. 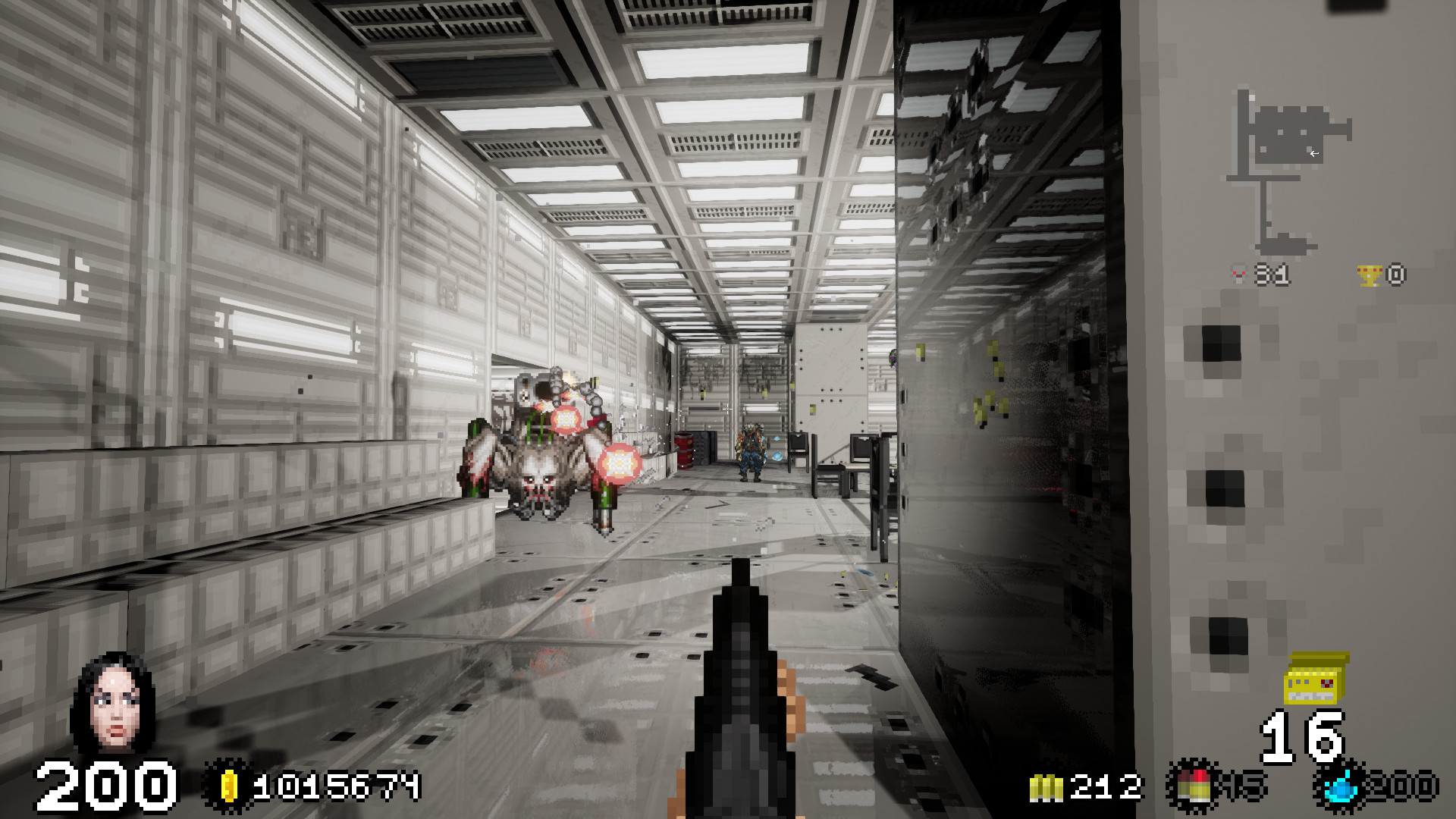 Nightmare Reaper features a high-paced violent explosion of 2.5d gore. The visuals are in typical retro style. Low pixel, 2.5d and it looks and feels like a game from the 90’s just less clunky and more refined. The palette of the early stages is rather muddy and most of the enemies are difficult to make out from the background due to them having the same styled muddy palette. But in stages, further along, a more vibrant level design comes into play.

It wouldn’t be a retro-styled fps game if there wasn’t any gore, and there’s a lot. Blowing zombies to smithereens, pinning them to walls with nail guns, or depleting them into a pile of ashes through magic, most of the kills felt satisfying except for some.

Some kills just died standing up, bizarrely in the middle of the open, and being a 2.5d game, they didn’t actually look to be dead. The game features a huge arsenal of weaponry, 80 different tools of destruction to be exact, including melee, construction tools, heavy guns, and spellbooks. Enemies can drop random weapons and they can also be found in chests, giving the game looter-shooter aspects. If you were to perish on a level, you just wake up the next day. 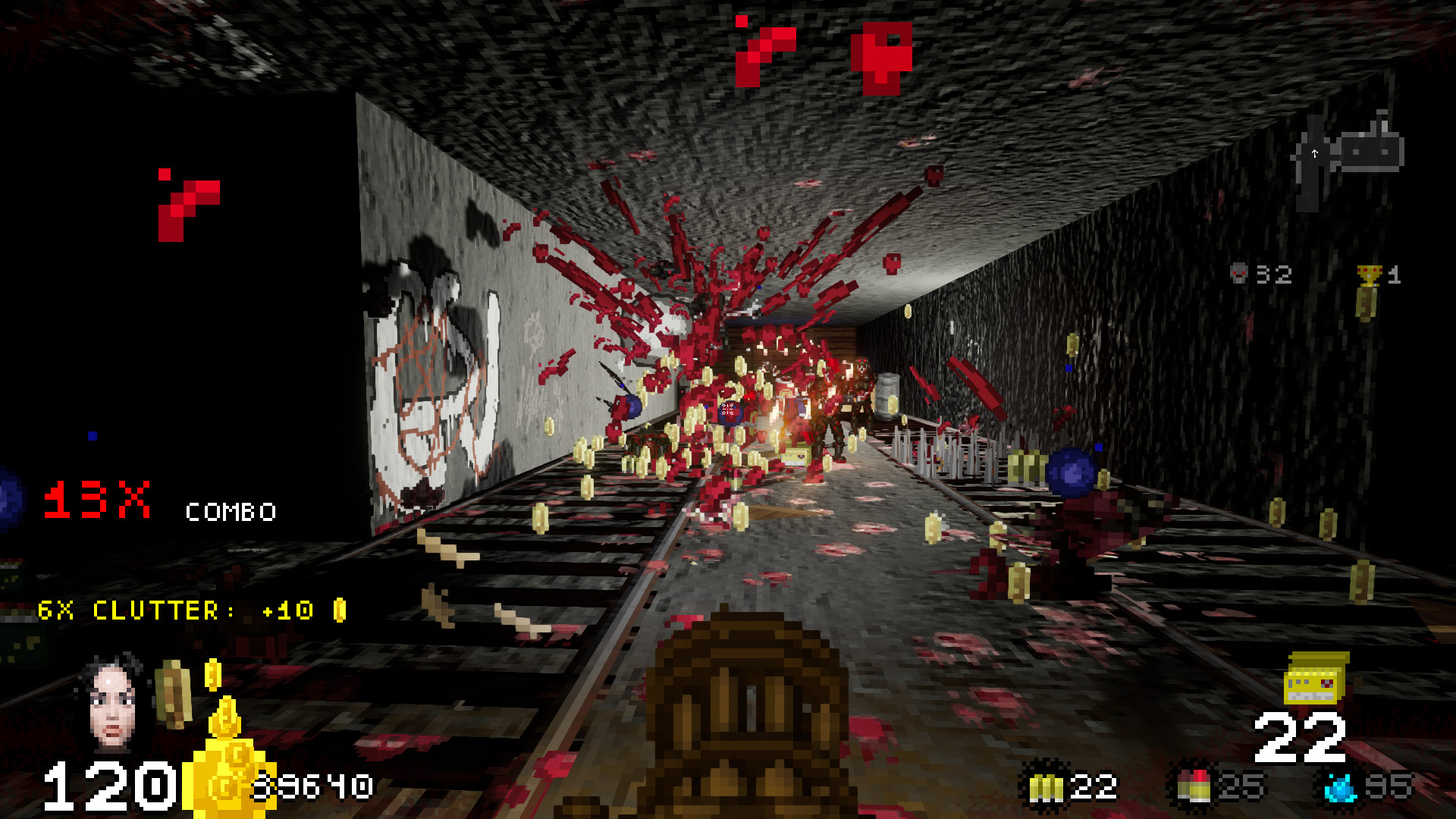 Finally, a rogue-lite that makes sense. Since the battles are all a dream, well er… Nightmare, if you die it doesn’t really matter, since it wasn’t actually real. It’s all in your head, and you need to vanquish your nightmares to find peace.

The battle music was the only real music in the game, which was a hard-hitting high paced metal riff to get the blood and adrenaline pumping, although after a battle sequence, and sometimes what feels like a few minutes after, it slowly fades into the abyss and you’re left with your thoughts. A quiet lonely abyss. The monsters don’t even really make noises that I heard, which just adds to the emptiness, so you’re best to go balls to the wall and slaughter everything in sight for that oh-so-satisfying battle music to continuously play.

Nightmare is a great 2.5d FPS game with heavy inspirations from times long past and modern influences as well. The game takes roughly 8 hours to complete and with randomly as well as manually generated levels, replayability is high. The looter shooter aspects although only minor kept me engaged in the game for hours. I wanted to explore all the weapons and test them out to continue to reap in my nightmares. 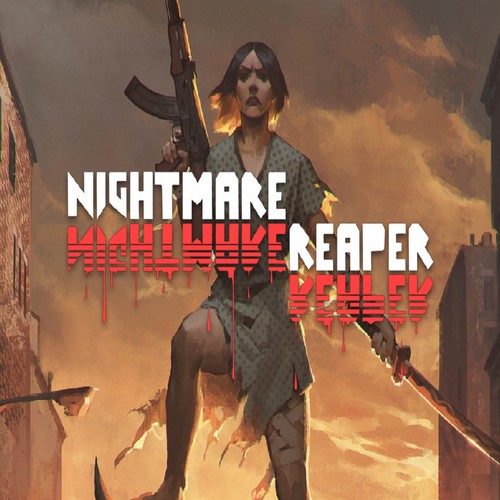 Progress through the cursed depths of a nightmare while finding an arsenal of powerful weapons and improving your abilities along the way. This retro-inspired FPS with looter shooter and rogue-lite elements breaches the wall between classic and modern gameplay.