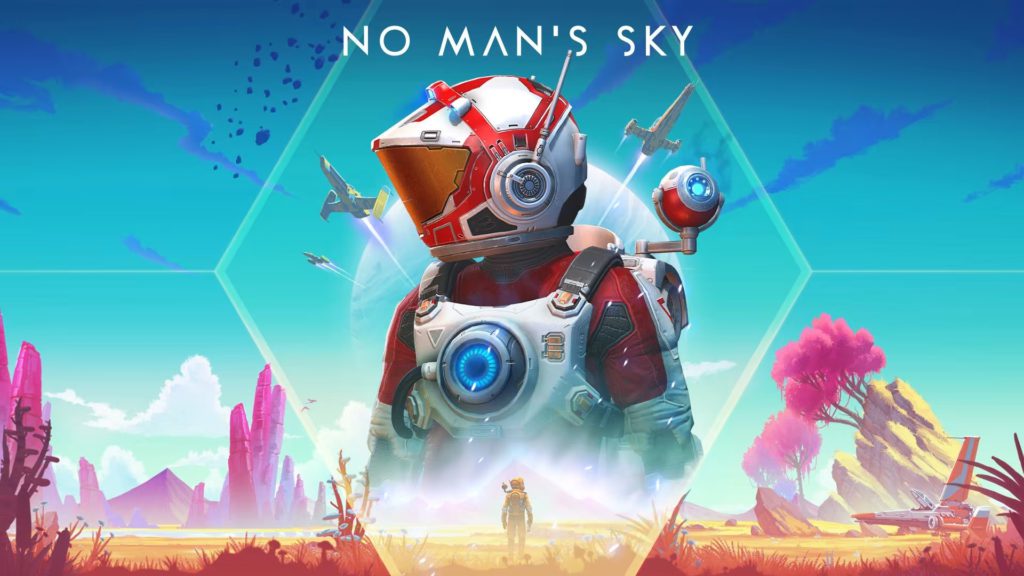 After a long trek of around 6 years, No Man’s Sky has arrived on Nintendo Switch. Hello Games’ ever-expanding space exploration survival game welcomes a Switch port of the title in line with the release of the Waypoint (4.0) update. The update follows an expanse of ongoing improvements since its original release focusing on adding new lighting effects, graphical upgrades, new tutorials, more missions, customisable difficulties, and other quality-of-life improvements.

No Man’s Sky has had an interesting journey throughout its time, beginning way back in 2016, and has completely changed course in its following since, whether that should continue onto the Switch is something I intended to find out. I’m new to the No Man’s Sky universe, so with very little experience, I was able to try the game with fresh eyes. You’re tasked with exploring, collecting, and surviving vast planets with different weather conditions, lifeforms, and challenges to fight against.

My adventure started crash-landing on a barren, icy planet, and instantly, my shield systems were faltering. I scrambled to seek out resources I so desperately needed and found myself dying within the first minutes while I got my bearings. No Man’s Sky doesn’t hold your hand, you’re a space explorer, and with that comes tools, but not always the knowledge or resources to get going.

As a traveller, there’s a huge focus on inventory management, crafting upgrades with blueprints, and fighting for survival. The sheer survival-sandbox aspects add another layer of management in managing heating systems, stamina, and health while collecting and crafting. Building a base settlement is of utmost priority when exploring new regions though the capabilities have been pared down for Switch functionality. 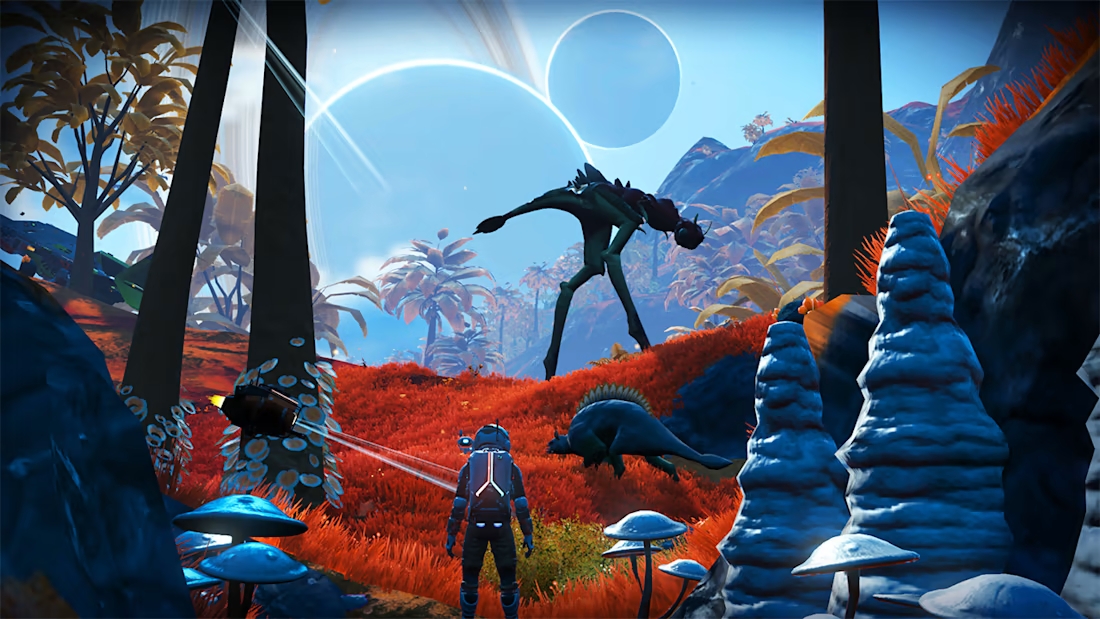 In No Man’s Sky, no two planets are the same – each is completely original, each with its own risks, rewards, missions, and lore to discover. Bizarre wildlife roams their habitats, creatures that can be friendly: ridden, named, and most importantly, pat, but some abominations of procedural generation can be hostile and irritating with constant chasing. I adjusted enemy passiveness after being unable to outrun a relentless cow-like creature. Weather conditions like ice, intense heat and acid added extra challenges to resource management.

With the new Waypoint update, gameplay can become more toned down based on how the difficulty settings are customised. With an ambient soundtrack that often fits the environments, exploring becomes less pressured and being able to admire the worlds without struggle. Whether vibrant and populated or sparse and lifeless, each planet has an abundance of resources and lore to uncover.

Performance-wise, the game mostly ran at 30fps but sometimes chugged during the load-in of assets. When more of the planet was spawning the more my framerate dropped, the more populated the region, the worse the game ran. The procedural generation system in real-time is theoretically a very enticing deal, but when environments and textures are still creating themselves just before I landed my spaceship or ran past them, I was taken out of the world. 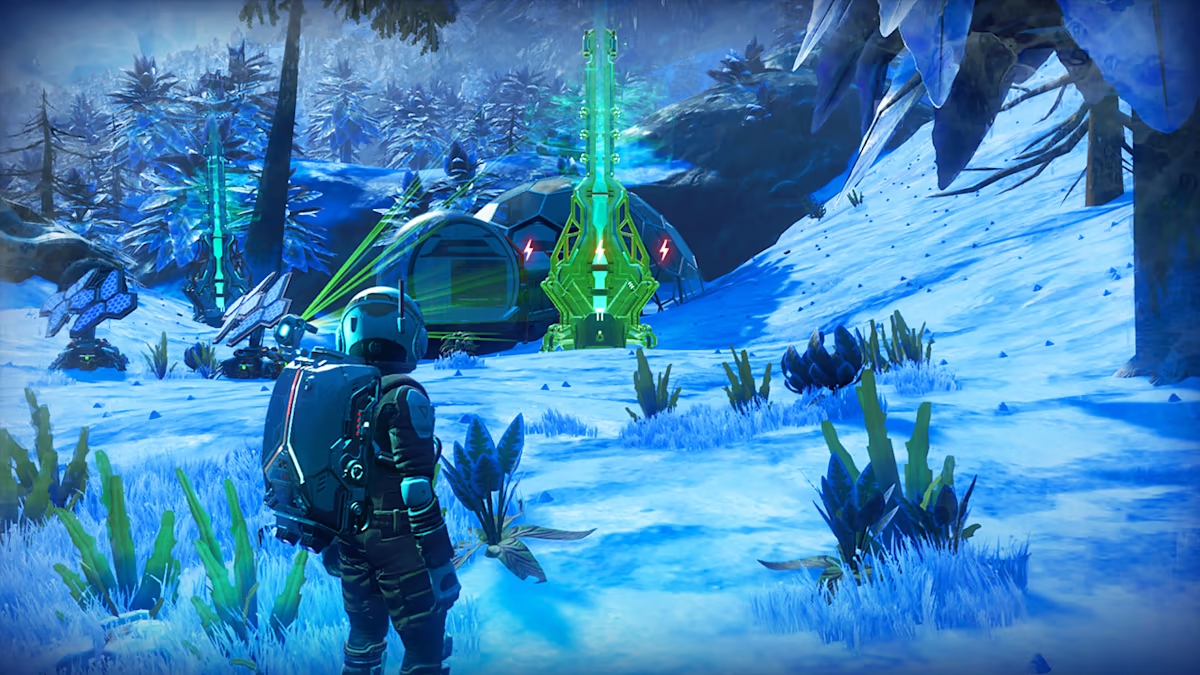 Nintendo Switch has a unique ability with interchangeable screens – TV and handheld, so there are more options for players to journey from the comfort of their home or out and about. While it’s appealing, there isn’t much of an advantage to playing on this console. The TV gives minimal extra detail, whereas the Switch screen is very small and makes it somewhat difficult to see all the assets in a smaller size.

The worlds weren’t as stunning as I imagined either due to the image quality both on the handheld and TV screen when running the Switch version. I definitely will say the smaller resolution does make a huge difference in detail. When playing on TV so many aspects suffered, from the performance to the level of detail, appearing dated and removing a lot of the beautiful landscape photography of many players. I also had clipping and fell through the map where objects hadn’t been placed properly, possibly an issue with the real-time population of planets.

Multiplayer isn’t accessible in the Switch version to allow the game to run better on a device with fairly low processing power. This omission has taken a lot of fun out of the experience, especially as a new player. I would love to feel less alone in the universe and have some fellow travellers. That said, it does make a difference in how the game feels – being alone in a survival situation felt scary, knowing there were no other explorers. If solo adventuring is appealing, being crash-landed on a planet with no knowledge or working gear is pretty terrifying. 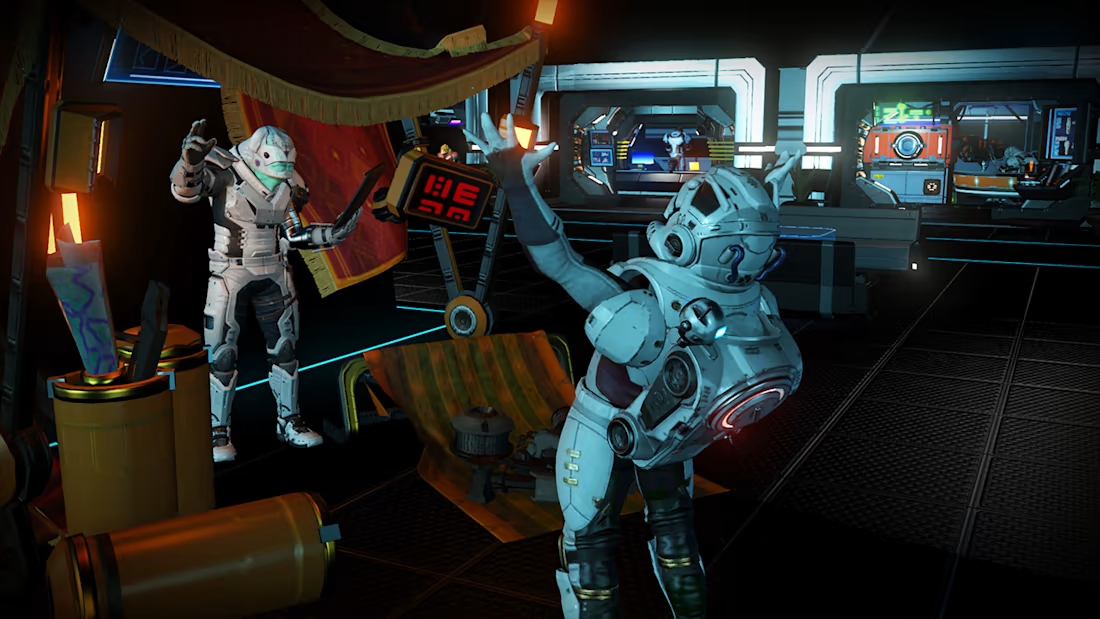 The game consistently saves so there’s very little risk of losing hard-earned progression if your Switch runs out of charge when playing portably, but unfortunately, Hello Games still hasn’t implemented cross-save, so any progression on other consoles can’t be carried over. If you want to continue an existing journey, you won’t be able to.

It takes an exploration-based player to find long-term enjoyment in this type of game. The pacing can be slow, challenging, and grindy, but also rewarding for dedicated space travellers. As a sandbox of universal proportions, it’s a big-time sink. I could see myself exploring in large chunks, rather than picking the Switch up and revisiting the game in small sessions. If discovery is your thing, you might enjoy No Man’s Sky on Switch, it may be a pass. Personally, I found it hard to adapt without a pre-defined objective or purpose and no real end-game, but for some, the infinite adventure is more appealing. In saying that, should you happen to play on the Nintendo Switch before Nov 7th 2022, you’ll be able to collect the Horizon Vector NX starship and Infinite Neon Mark XXII multi-tool as an early bonus.

No Man’s Sky has come a long way since its release with revamps of gameplay, graphics, and quality-of-life improvements. For Veterans and new players, normal difficulty or relaxed mode with the new tailor-made settings can completely change your experience to suit your playstyle. The Waypoint update is one small step for players, but for an ongoing player base, it’s going to need more content to keep up. The consistently evolving galaxy is welcome, but whether its life on Switch will prosper? Only time will tell. 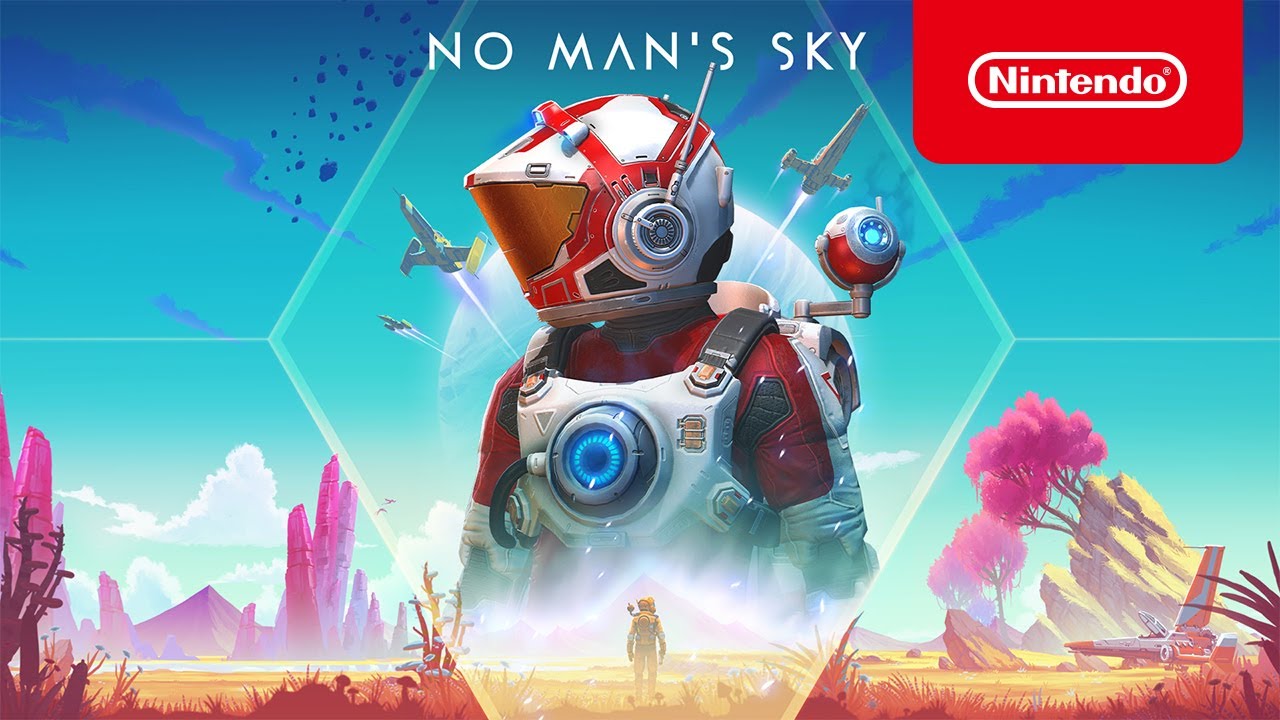 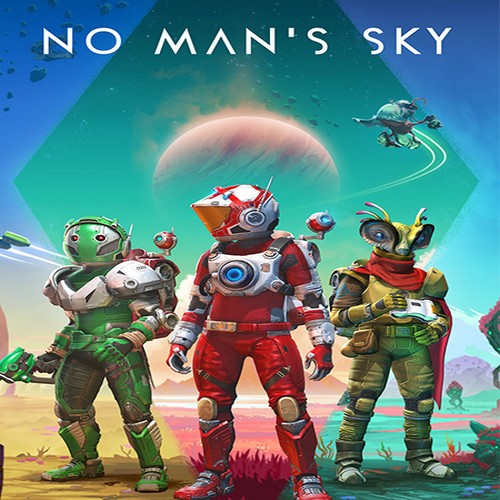 o Man's Sky is a game about exploration and survival in an infinite procedurally generated universe.