Numantia with its deep roots in the conflict of Rome against Numantia. Includes a strong story driven campaign that delivers an interesting look into the past for both sides of this long-lasting conflict between these two adversaries.

With two sides to choose from, starting with Numantia (for which the game is aptly named), that originates from Hispania a.k.a Spain, and the mighty Roman Empire. The campaign focuses heavily on pushing the game forward by using the story of each of the factions’ unique take on the conflict. With several story characters on each side, multiple choices can be made to determine certain outcomes that can have a dramatic effect of the games consequences. From something small like some extra supplies for your army or to a diplomatic solution that can seriously affect the outcome of a conflict. The gameplay has its limitations throughout the game though, with the control system on a little on the limited side when trying to make units activate abilities and the movement of units across the battlefield. Also, the game has a steep learning curve that makes me think making it a turned based game was a right choice. This gave me time to figure everything out. I do recommend using ranged units as they are super effective. But I think it truly comes down to the mechanics of what each unit can do and to have a more in-depth tutorial rather than a broad explanation. I do feel that the combat was to just break up the story of the game than rather the other way around.

Back to the story of the game, its deep narrative truly pushes everything forward for both sides of the conflict. Explaining a historical skirmish that most people would not have known about. History Buffs would have a field day with the details of the units, the historical location and the landscape of the game’s history. Even if you’re not familiar with the history of the events in the game, it’s a great learning tool for the conflict it depicts. The art style overall is an impressive pallet of colors for all the storytelling aspects of the game, even for the details of the units when zoomed in on the battlefield. Micromanagement of your home base is an important part on how you move forward in the story and the ongoing conflict whether you play as the romans or Numantians.

Overall Numantia is a nice change to the common real-time strategy games that have been more prominent is the last year. Here you can take your time with each move, rather than running in and hoping for the best. I do hope they incorporate the same take on other historical conflicts in history as this is a great way for historical and non-history buffs to learn about a not-so-well-known conflict that has shaped history. 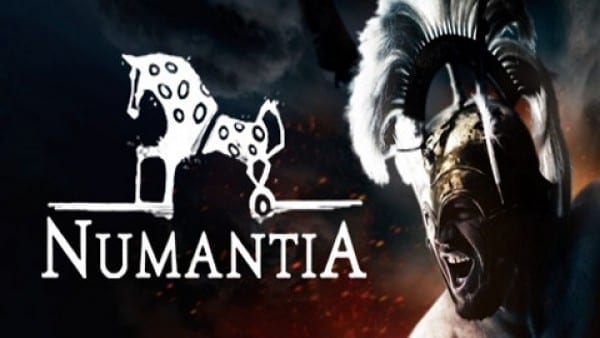 Numantia is a Turn-Based Strategy game that takes place in the ancient conflict between Rome and the city of Numantia, in a war that lasted for more than two decades. The choice is yours: Play as a Numantian warrior against the Roman legions or expand the power of Rome throughout the Iberian Peninsula. Relive history fighting in epic battles alongside real historical figures, conmemorating the 2150th anniversary of the Siege of Numantia.