Science fiction has always been a big part of my life. From an early age, Star Wars: Empire Strikes Back was always a favorite film. Video games have giving me the opportunity to live out situations that I’ll never be able to achieve in reality. The romance of living aboard a space station, being able to explore different planets and experience different species is all too appealing. What I have never taken into consideration is what happens when things go wrong.

Observation on Playstation 4 by No Code takes all that romance and throws it out the Window.

The game opens up with some impressive lighting as the International Space Station “Observation” spins out of control in Earth’s orbit, suggesting some kind of accident has occurred. You’re then introduced to main protagonist Dr Emma Fisher as she desperately pleas for a response from Houston ground control and her crew mates… Shortly afterwards, the stations AI system “System, Administration and Maintenance” or SAM for short. This is where things take a strange twist. You’re not playing as Emma… You are SAM and your mission is simple. BRING HER. As touched on briefly, Observation boasts some incredible lighting effects that greatly influences the feeling of being lost at space and stuck aboard a space station. In the early game, rooms are dimly lit with only the lights from a laptop or a control module giving you any form of direction. These lights cast intimidating shadows as random objects float around in zero gravity. The feeling of hopelessness is furthered by flicking camera effects as you switch between the various cameras on the station or when controlling your “sphere” that vaguely resembles a “core” from the Portal franchise. Space, Space, wanna go to space? Let’s go to space… Spaaaaaaaaaaace! So much Space! Anyway, as you cruise around the station learning as much as you can and reconnecting your systems, minor bumps on floating objects will interrupt your camera feed and make your tasks all the more difficult as you miss important details set about in your cramped world.

While advertised as a sci-fi thriller, Observation is much more about puzzle solving as you’ll be forced to sit through button combinations and finding your objectives with very little guidance from the game itself. Different chapters in the story line are broken up with small, seemingly insignificant mini-games of memory. Game-play itself doesn’t really offer a sense of urgency as you can spend as long as you’d like floating about the station unlocking new systems and exploring every nook and cranny for clues. Sadly, the game doesn’t penalize you for making mistakes. Didn’t manage to jettison that troublesome section of the space station in time? That’s OK. Try again. Try as many times as you’d like. It’s not like you’re floating through space on limited oxygen or power… While the game is quite slow on the uptake and offers no sense of urgency, the sound track is packed with anxiety inducing effects. The distant hum of the server room; the occasional squeal of metal as the station shifts around and twists on itself; the shudder as small particles impact the hull. Coupled with eerie music that softly plays in the background, your heart will be racing and you’ll feel like you are truly alone and time is running out. While not a faced paced game by any means, the soundtrack had me constantly feeling on edge, wondering what was going to happen next. This lead to me finishing the game in about 6 hours of playing time – which would have been less had the game offered directions.

It was unexpected, but the game captivated me. I had to keep playing. I had to see what would happen. Would Dr Emma Fisher get back to Earth? Would I keep her and the crew safe? While game-play was slow, the story of Observation dug in its claws and kept me wanting more. Even after completing the game, I feel compelled to play again; to find anything I may have missed in my first play through. Will that effect the story? Will the end sequence be different? You’ll have to excuse me while I go play a couple more times. 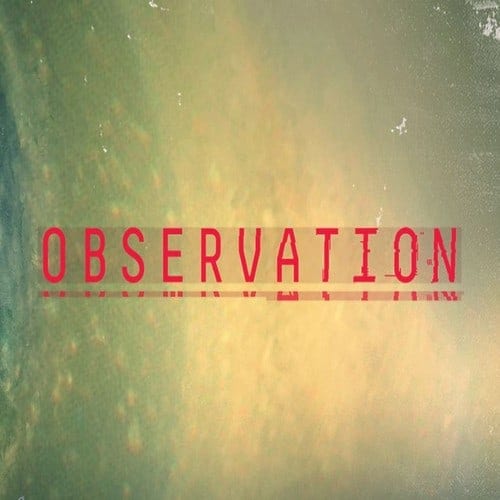 Observation is a sci-fi thriller uncovering what happened to Dr. Emma Fisher, and the crew of her mission, through the lens of the station’s artificial intelligence S.A.M.