Oddworld: Munch’s Oddysee redeveloped and republished by Oddworld Inhabitants, is a 2001 classic that has been recreated for the Nintendo Switch. Many older games over the last few years have been popping up, games of the past, causing gamers those epic feelings of nostalgia. Some games have been completely revamped looking and feeling brand new, while others have just had a lick of paint. Oddworld: Munch’s Oddysee is neither of these. Sadly, comparing the original game to the newest addition on Switch, I cannot see any difference which it disappointing to say the least.

Oddworld: Munch’s Oddysee is a platformer that tells the story of Munch, a one-legged Gabbit who gets abducted by the evil Vykkers. The Vykkers are what you would imagine, aliens with large heads with super lanky bodies, all very creepy. These intelligent life forms are scientists developing food and drinks for the universe, using Munch as their target to help find other Gabbits for their horrible experiments. Munch finally escapes their grasps, making friends along the journey to freedom. If you have played Oddworld before you may be familiar with the characters, if not, the original games protagonist was Abe, a Mudokon, and this time round is tasked with helping Munch on his adventure with the game allowing you to switch between characters. 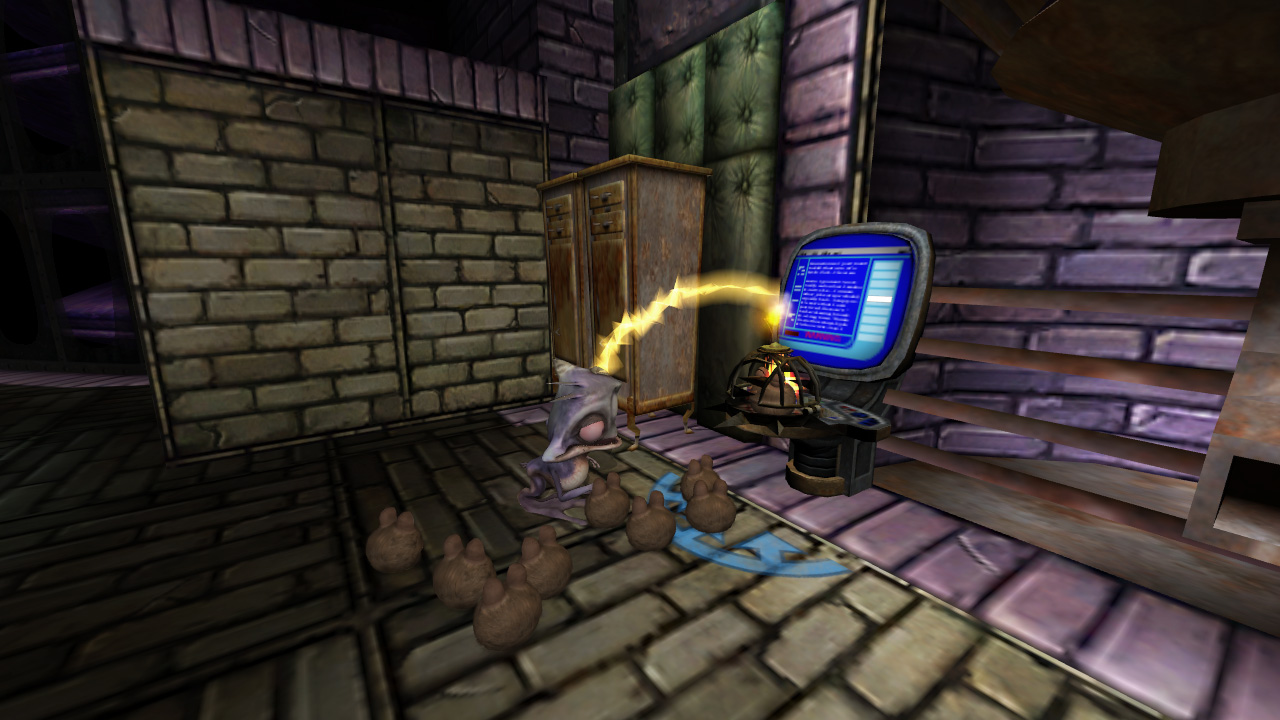 The characters are unique and well designed, even though I felt this game lacked a redesign that should have come with a re-release I still appreciate the game and the original design itself. All the characters look crazy different, Gabbits are greyish, frog-like water dwellers with massive heads that can swim well but on land with only one leg it takes forever to get anywhere. Mudokons in comparison, are fairly human-like but more hunched over and their gait is very different. I found playing as Abe really weird and took getting use too for a while.

Fuzzles while not excessively interesting are cute balls of fluff with teeth. Oddworld: Munch’s Oddysee is easy to grab and start playing; the first few levels have info signs that give you hints on how to play and what your objective is. You can fight, run and jump. You also have an action button but frustratingly the action button is the same as jump. It becomes annoying as hell when trying to set off a door or something but have the character jump instead. 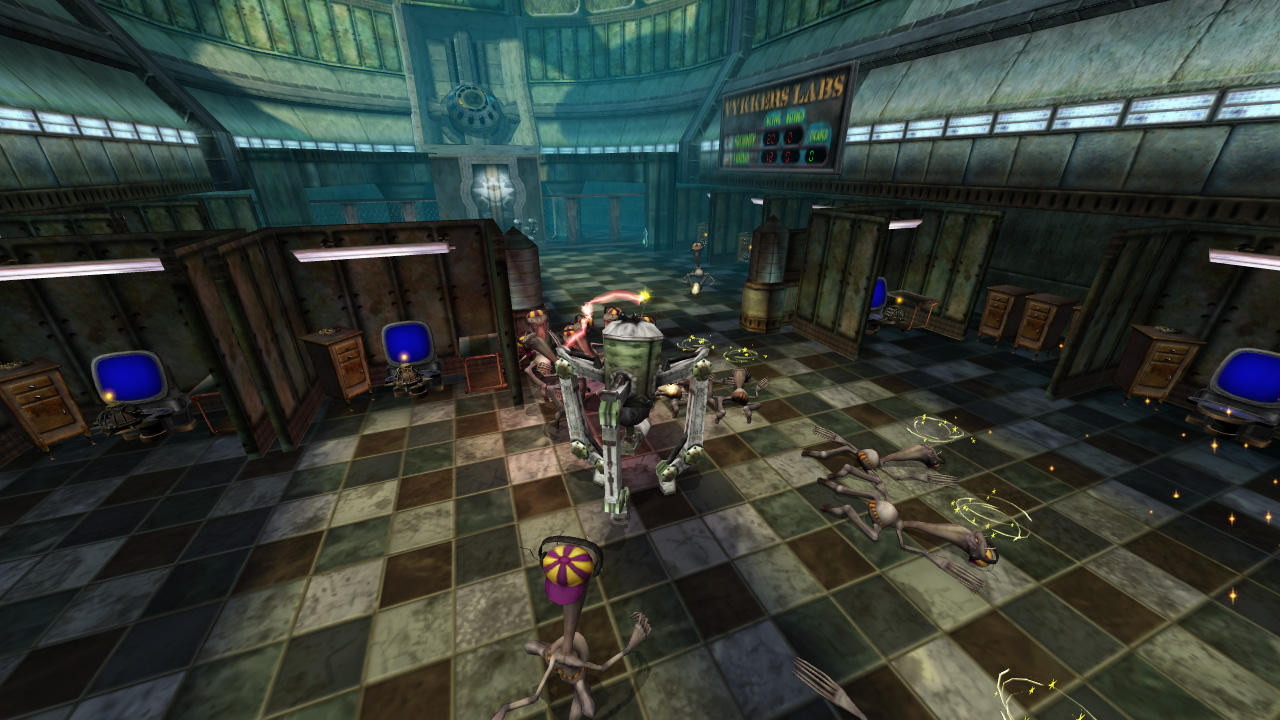 The game is quite repetitive; each level revolves around the same thing, you enter an area, Abe’s people are being used as slaves and you need to get their attention and use them to open doors or attack enemies. Abe can use an ability called possession to possess the enemies and use them to kill other enemies, it’s handy if you aren’t very good at fighting and want to take a stealthier approach. Munch has an experimental device attached to him that can be used as a zapper and is used to open special cages, he can also swim to new areas. The game does offer some limited time upgrades with vending machines throughout the world, ‘Espressos’ to makes you run faster and ‘Zap’ to heighten Munch’s abilities. You need to rescue the Fuzzles and Mudokon and escape the area with most actions requiring energy which you get from balls of green spores called Spooce shrubs.

These are littered throughout the world and you collect them along the way. Oddworld: Munch’s Oddysee looks old, like very dated, old. Because the original Munch’s Oddysee came out 2001, the graphics are grainy and basic, very blocky and lacking definition. The colours are vibrant, the greens and purple are very loud and your characters change between outdoor areas and indoors. There are murky pools and forests and other dark areas such as labs which at times were so dark, I didn’t know an enemy was in front of me until they started attacking with their little dust clouds. 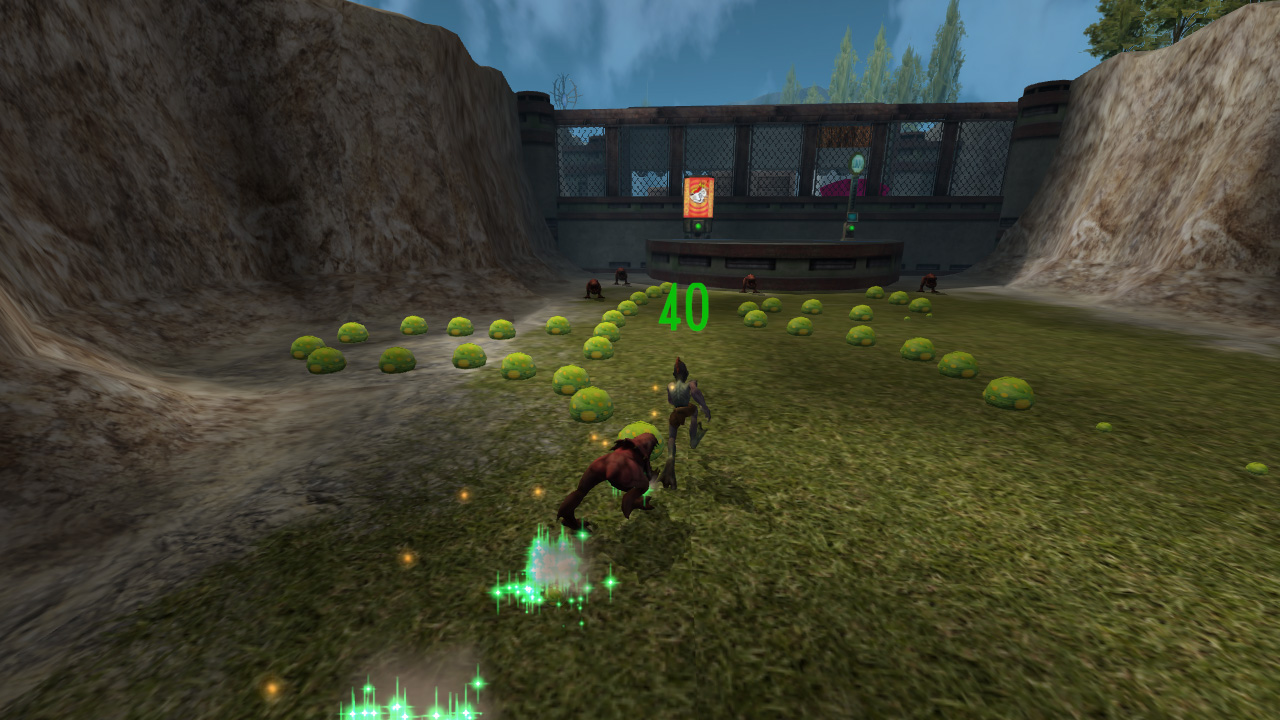 The game doesn’t have music as such, more just your character moving, scratching themselves with electrical mechanical noises running in the background. Abe does however farts to get his fellow Mudokons attention so you could say that is bodily music, and will ask for their help with things as they mumble ‘yeah alright’ or something less enthused.

Frankly, I didn’t really enjoy Oddworld: Munch’s Oddysee, it felt old and outdated, it’s the type of game I would have loved as a kid but times have changed, gameplay has changed or maybe as an adult, I can’t just repeat the same thing in a different area and convince myself it’s fun. The game tries to teach the lesson of consumerism, that resources can and will run out, but I found the characters annoying and the controls frustrating I did not much care about the story. Also, Munch’s Oddysee is the third instalment of the franchise, it felt like an odd choice to re-release, why not start at the beginning again or release a new game instead like a lot of people are waiting for? 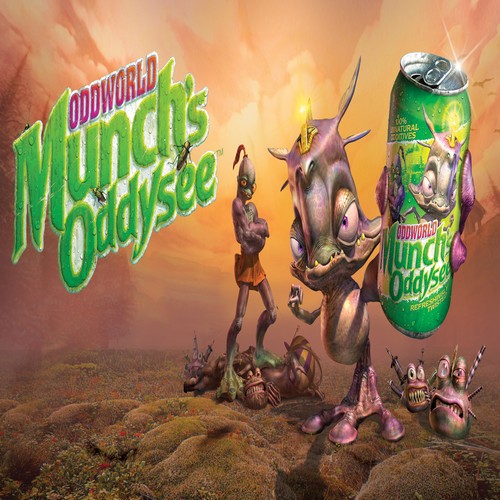 Meet Munch, hero of the Oddest Oddysee of all. His luck is about to change - for the worse.