Due to the ever-elusive nature of finding a PS5, I thought it would be quite a while before I got to play Oddworld: Soulstorm on a next-gen console. It may have always been the plan to bring it to Xbox, but I choose to believe that Microids and Oddworld Inhabitants heard about my struggles and put together an Enhanced Edition just for me, and I guess the rest of the Xbox player base will benefit from this as well.

I have always been a fan of the most unlikely of hero’s troupe, and Abe fits this mould so damn well that I felt like he was the original. Soulstorm picks up directly after the events following Abe’s revolution to save his own kind, the Mudokan, which resulted in the destruction of Rapturefarm. The opening cinematics paints a grim picture filled with propaganda surrounding Molluck, the evil Glukkon, who lost everything when you destroyed Rapturefarm, and who will stop at nothing to hunt you down before the Magog Cartel gets to him first.

The original Oddworld games were 2D side-scrollers, with deep depth of field artwork for the backdrops making the world feel larger than the small playable space. In Soulstorm, the same idea has been expanded on with fully 3D rendered landscapes sometimes stretching as far as the eye can see. The player can only move left or right but this time the playable areas can wrap around the world as you move from one area to another. It was a very cinematic experience as the camera followed Abe in a sweeping manner while the dynamic soundtracks fluctuated to match the mood of desperation and despair. 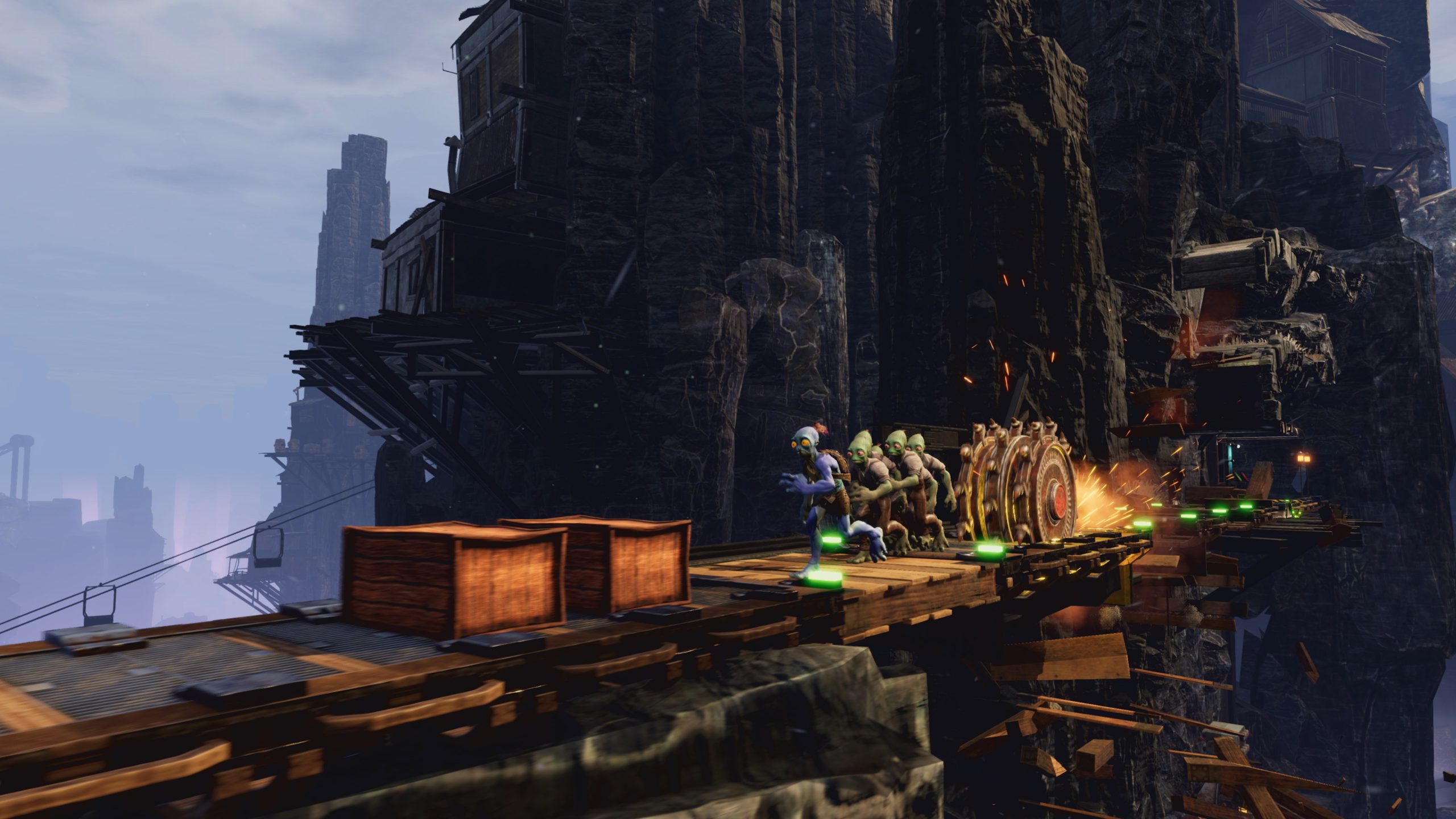 I truly commend the blend of a dark and grim narrative with a humorous and silly undertone in both gameplay and dialogue. While trying to navigate the puzzle-laden environments, death will be inevitable, but watching Abe pop like a balloon is both hilarious and bloody.

Using the chant option to possess one of the scraggy Sligs that are posted around to gun you down opens up plenty of opportunities. You can turn them against one another to either gun them down twin-stick shooter style, hold the left trigger to make them self-destruct, knock them out for a more humane option, or the best option, walk them straight into a fire for comedic purposes of course.

The main campaign offers a lot of replay value with the game’s ending being influenced by your Quarma rating. During your attempts to escape you will have to save as many Mudokan’s as possible. Trying to figure out the best methods, while balancing your Quarma rating, which is influenced by humane or violent choices, and also tracking your best times can lead to many playthroughs.

The in-game crafting system will go hand-in-hand with the exploration to find hidden areas that can offer health upgrades, crafting items, and more to help open up multiple ways to tackle each encounter differently. 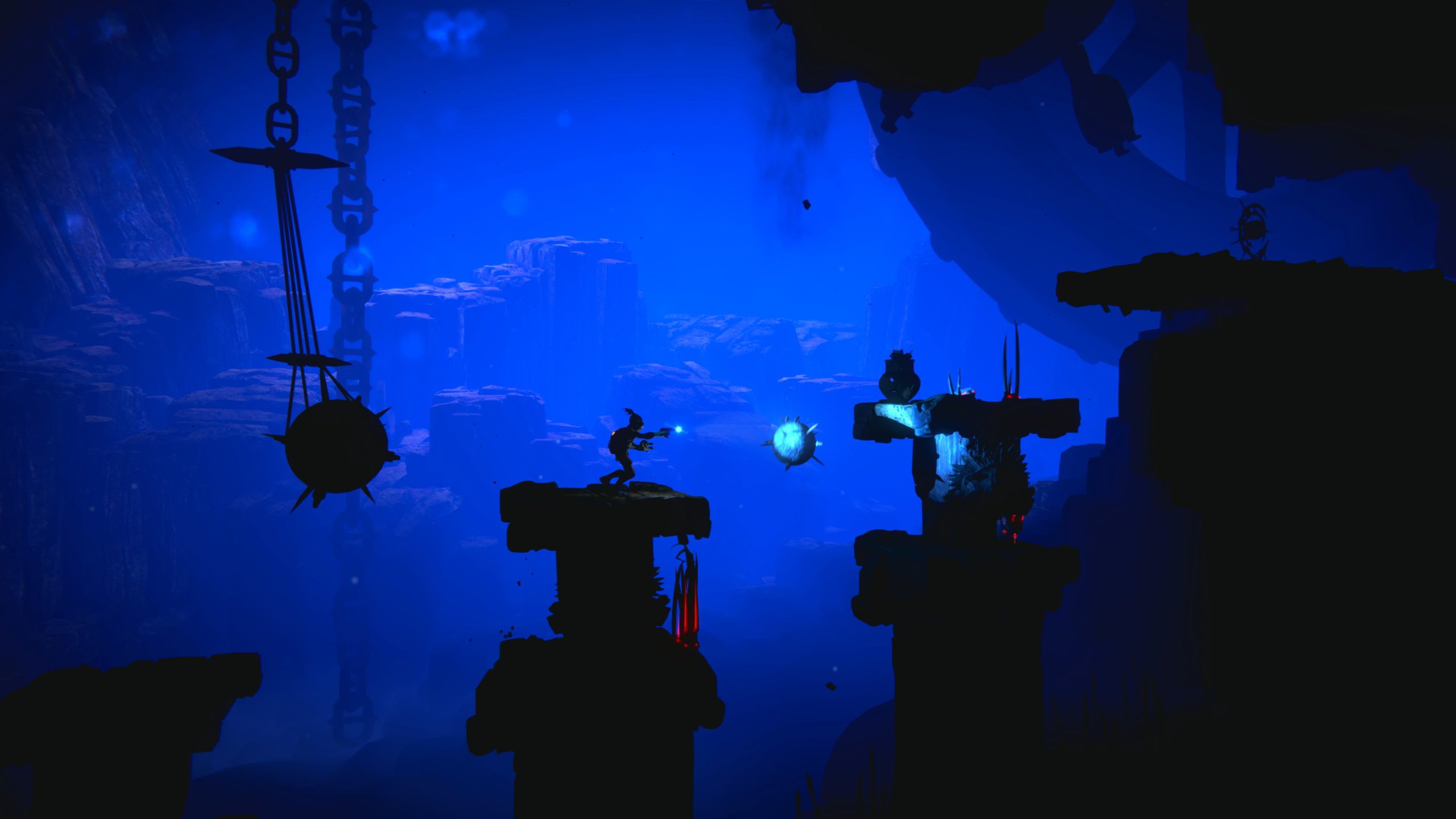 Considering your Mudokan brethren are an integral part of the game, they are particularly stupid and will often die in some very annoying situations. The saving grace for some of the more challenging encounters is the very forgiving checkpoint system. If you are trying to maximise your good Quarma and something goes astray, simply reset and try again. With the power of the Xbox Series X, the loading times are lightning-fast and the cinematic cut scenes can transition in and out of gameplay without a single hiccup.

With the Enhanced Edition, there is an extra mode that has been added, which can be entered straight from the main menu without even touching the campaign. While the Soulstorm campaign offers crafting, a morality system, multitasking, and a large expansive, and moving world, the Vykkers Labs addition is a throwback to the original game Oddworld: Abe’s Odyssey, with a scaled-back art design and small and deliberate scaled puzzle rooms. These short and sweet romps give a pure Oddworld experience and are just as satisfying, and with leaderboards in place to track deaths and time, it can become a very competitive experience.

While side-scroller games with a grim atmosphere were not invented by Oddworld Inhabitants, I feel they’ve truly defined it. Returning to their vision for a compelling narrative-driven experience with tough but not punishing gameplay was an absolute pleasure. I feel that games such as Limbo, Inside, and Little Nightmares can pay homage to this series for paving the way. Even if you have never played an Oddworld game, this is a fantastic addition to anyone’s library and it plays beautifully on the Xbox Series X. 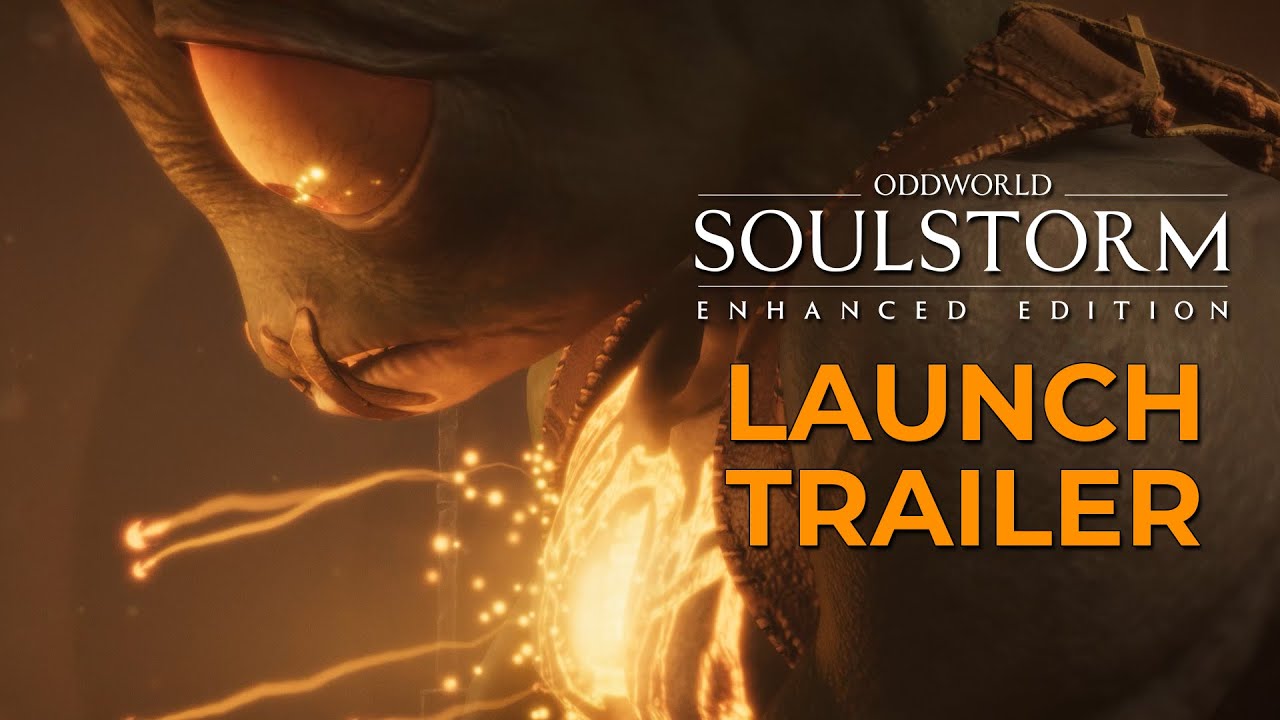 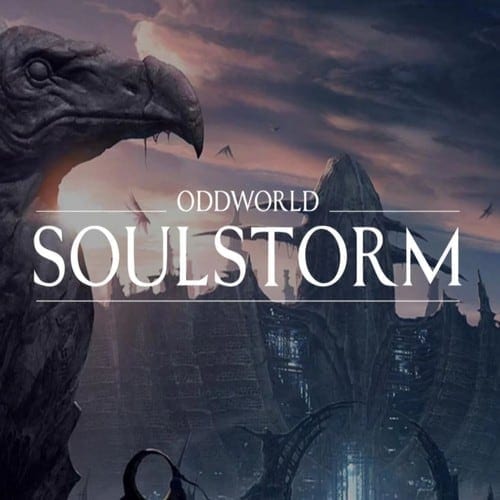