One of the coolest crossover fighting games, Jump Force launched a few weeks ago and that featured Luffy on the cover with a couple of others. It’s time Luffy shined on his own once again in yet another great One Piece title.

One Piece: World Seeker is a part of the One Piece world of games. It fits into the action/adventure genre and has one of the biggest worlds to explore. If you own an Xbox, PS4 or even a PC you’re going to want to pick this up, but first read the rest of my review for my take on it.

Developed by Ganbarion & published by Bandai Namco Entertainment. It’s the first One Piece game I’ve played in 4 years, but it’s not like I was intentionally not playing the others… I’ve just being busy playing many other games over the years. But it was great to see how the game had evolved since my last experience.

Here is a brand-new adventure to go on with Luffy. Those who know of One Piece will know what I’m talking about when I mention Gum-Gum fruit, it’s something that’s totally crazy! The game takes place on an Island that’s never been seen before. You’ll control Luffy, he’s a pretty cool guy, and fights like he’s related to the Fantastic 4’s, Mr. Fantastic. Luffy will go around discovering more and more of the massive island he’s on to find hidden secrets, and there are plenty of enemies that’ll attack you along the way. Luffy is the main character of the game, but you’ll also see plenty of other notable characters from the franchise. Playing can be at a beginner level but you can play at a standard level or on an extreme difficulty, the choice is up to you.

It’s a big Island out there! You’re going to need a few things to help you out. The map is but a button press away and there is also a mini-map on the HUD. The HUD also displays your all important health status too. The mini map shows many different icons, one for treasure chests while others are for orbs that once interacted with, will give you an item or items.

The world’s main map can be zoomed in and out and waypoints can be placed, fast travel will become available at a certain point in the game. As you move along through the game, its main purpose besides kicking ass and picking things up, is to interact with NPC’s and to complete main missions and side missions. Mission difficulty can vary, some can be quite easy, whilst others can take a little longer to complete.

The hub for the game is sort of in a pause screen, pushing the “back” button on a controller will bring this up. It’ll bring up the map amongst other things such as your database which shows you hours played and other stats relating to your game. You will also be able to see your skill tree which is a place you’ll visit every time you have accumulated enough skill points. The tree is broken into five parts and each has many skills, these cost roughly 100 – 300 skill points and some can be upgraded.

The game can get awfully quiet in some parts of the island. This is even the case when in a part of it where loads of NPC’s are just standing around. It’s quite eerie and there’s hardly any background noise which has me feel as though I was in a ghost town.

Controls are fairly good, nothing complicated. You can fast walk or run fairly quick which is good because you’ll need run around a lot. When in battles you can melee attack enemies & Luffy can do some cool stuff while in a battle.

There aren’t many settings to mess around with, none of them allow audio to be in English, but that’s sometimes the case with these types of games. Sub-titles are your friend when playing One Piece: World Seeker, without them you’d be lost.

Visuals are a big interest for me when playing games. Sure not all games need great visuals but at the same time it can make games easier on your eyes, especially since we can stare at our monitors/TV’s for hours on end. I knew that One Piece: World Seeker had the support for both Xbox One X & the PS4Pro. I just so happened to play on a One X and was over the moon when I started up the game and seen how awesome it looked. First of all, it supports HDR. This heightens the dynamic range and colours of your picture.

It doesn’t stop there, resolution is also a high point of the enhancements. I played for hours and I came to believe that I was experiencing the game in 4K. The details were too sharp and clear to be anything less. Performance was so good, I really thought I’d have run into frame rate issues but it just didn’t have any issues in that department.

I loved the mix of the fully animated characters, that were in a artfully realistic world. It was done in such a way that it just appealed to me.. big-time. The story could have had things to fill in the large gaps, but once fast traveling is unlocked, that more-or-less eliminates that need, but not all gamers like to fast travel around.

The best part of this One Piece game is that it caters to a lot of gamers and that can only be a good thing! 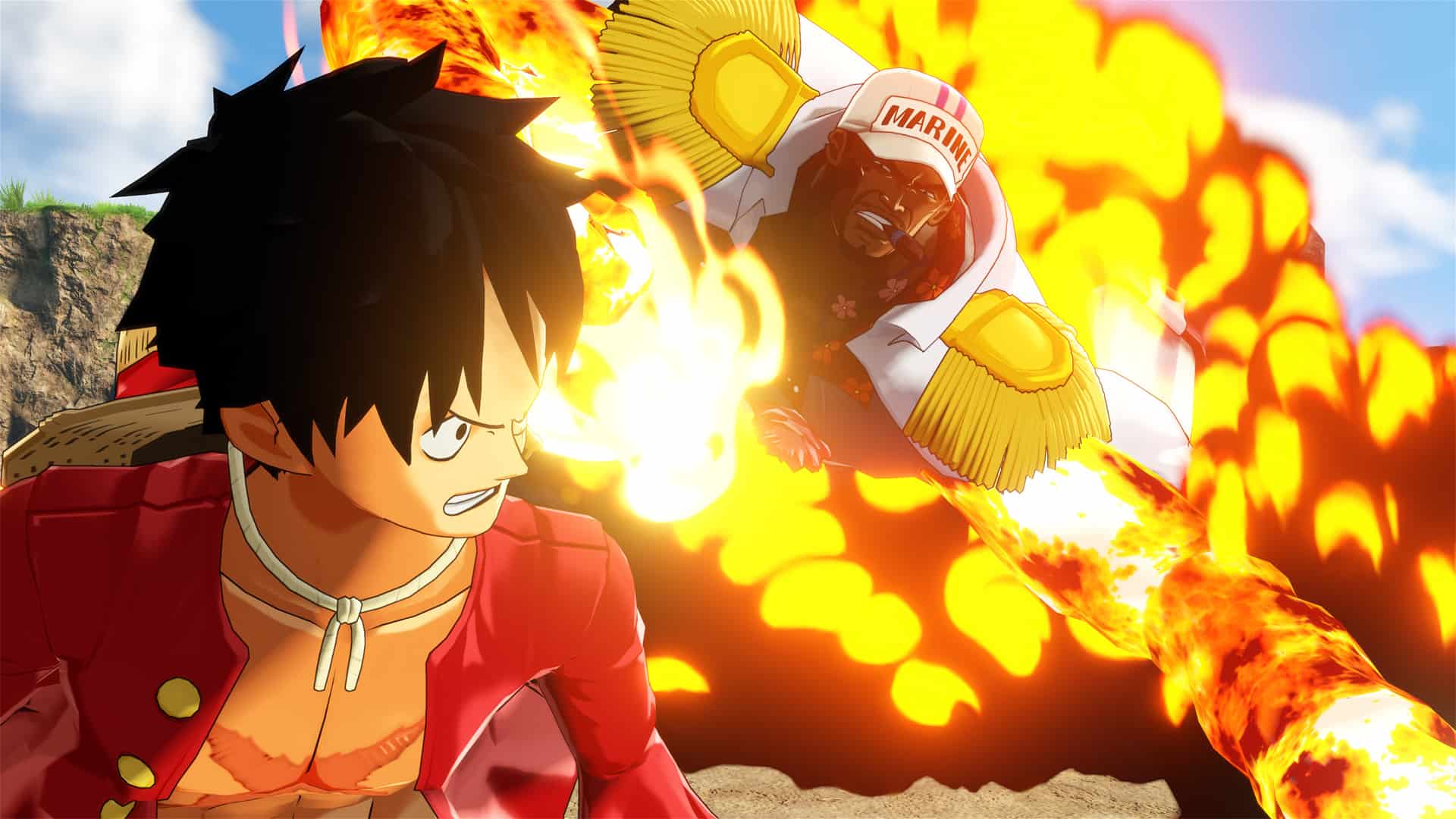 Leave your compass behind and join Luffy as he embarks on a brand new action-packed adventure where you can experience the powers of the legendary Gum-Gum fruit to uncover hidden secrets on an original, never-before-seen island.