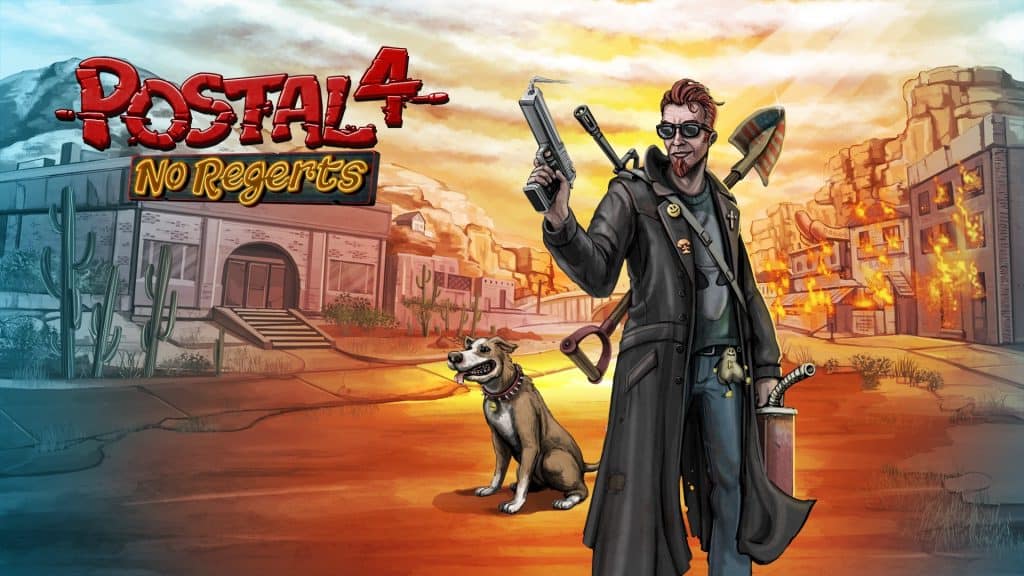 Postal 4: No Regrets, is no regrets by name and no regrets by nature, as players are slapped in the face and placed smack dab into a world where political correctness is thrown out the window.

Developed and Published by Running with Scissors, we skip over Postal 3 and return to the misadventures of the Postal Dude. Picking up from the ending of Postal 2, you find yourself in the new town of Edensin after his mobile home was stolen from him while taking a piss. Just like in the previous game, the Postal Dude finds a whole new set of challenges, and together with his trusty dog Champ, he starts all over again.

If you played Postal 2, you know exactly what you’re getting into, as Postal 4: No Regrets has almost exactly the same crazy premise and gameplay style, but with new features and crazier weapons and events. The story itself makes no sense, but it shouldn’t. Having to fend off a bunch of cancel culture fanatics wielding shotguns, or racing around on mobility scooters, launching people over the border into Mexico with a giant slingshot while fending off border patrol guards can be a normal day in this game, but for those who are new to the Postal games, you will have to expect the unexpected and not-so-normal humor in this game. 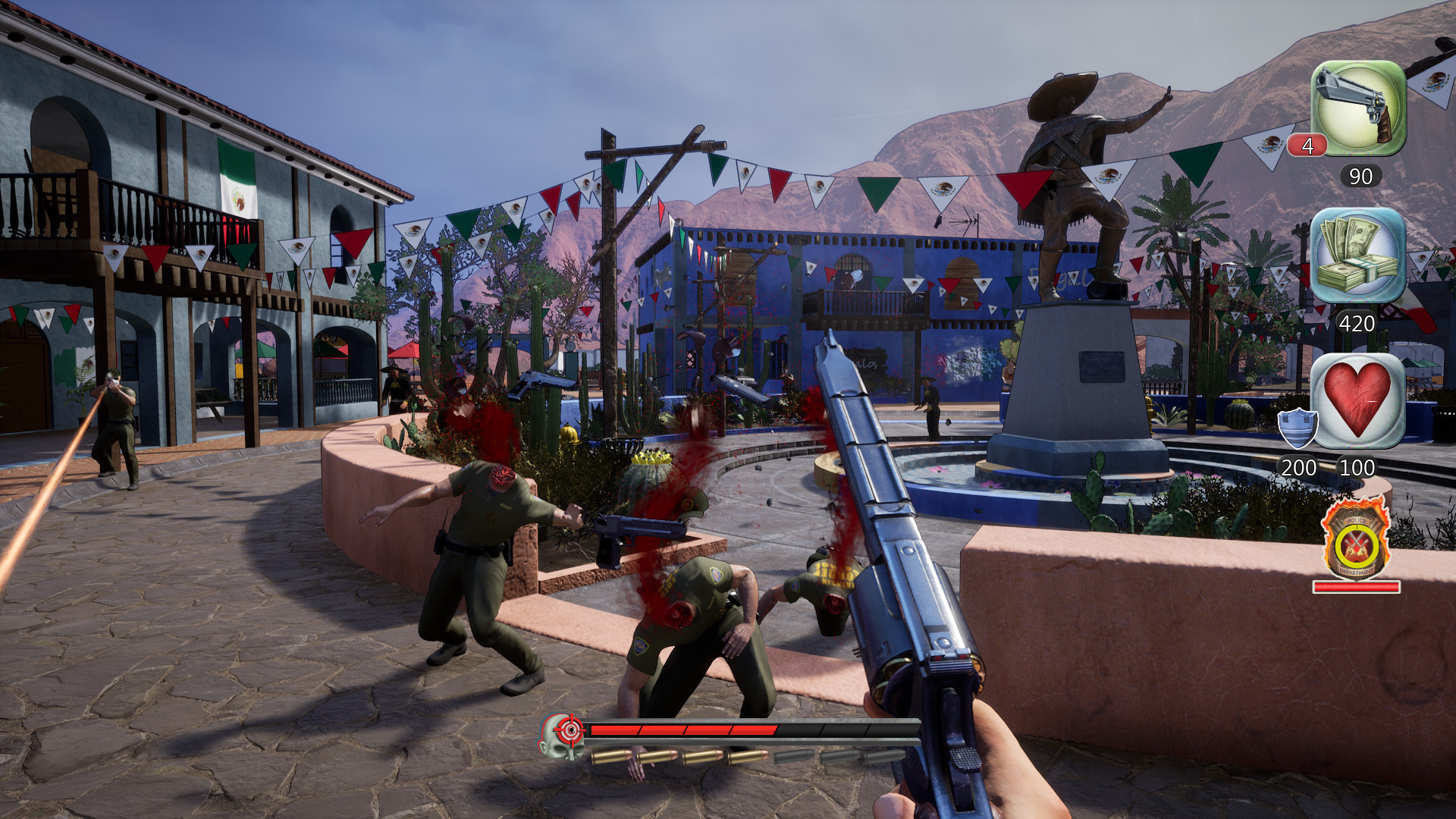 Coming out of its “Janky Alpha Build,” the game’s full release now offers the full week, in which each day is a chapter in the game and obviously starts from Monday. The game does stop you from fully exploring the world right at the start as some areas are cut off and only accessible after certain days, but it does reward you for exploring. All of your favorite guns are in from the previous Postal game, and the ability to shove a shotgun up a cat’s ass to make it a silencer is back. Mobility scooters are added to the game along with fast travel, and due to the size of the maps, it’s a helpful way to get around.

A variety of artists and genres spans an epic plethora of music to tantalize the edgiest of music lovers. From Mariachi music to a headbanging metal song sung by Mike J, the co-owner of Running with Scissors with the band aptly named Regret Nothing, and the hardcore metal band Tatoo The Scars playing Bridges Burned. Or, if you like music to chill to, another St Varela playing BRT.

Even if you don’t know any of these artists, they all help make the world of Postal an enjoyable experience. Going back to voices in the game, you can also choose who voices the Postal dude, from Jon st John, who voiced the original Duke Nukem, Corey Cruise, or Rick Hunter from Postal 2, and this is a nice touch that offers a little bit of replayability. 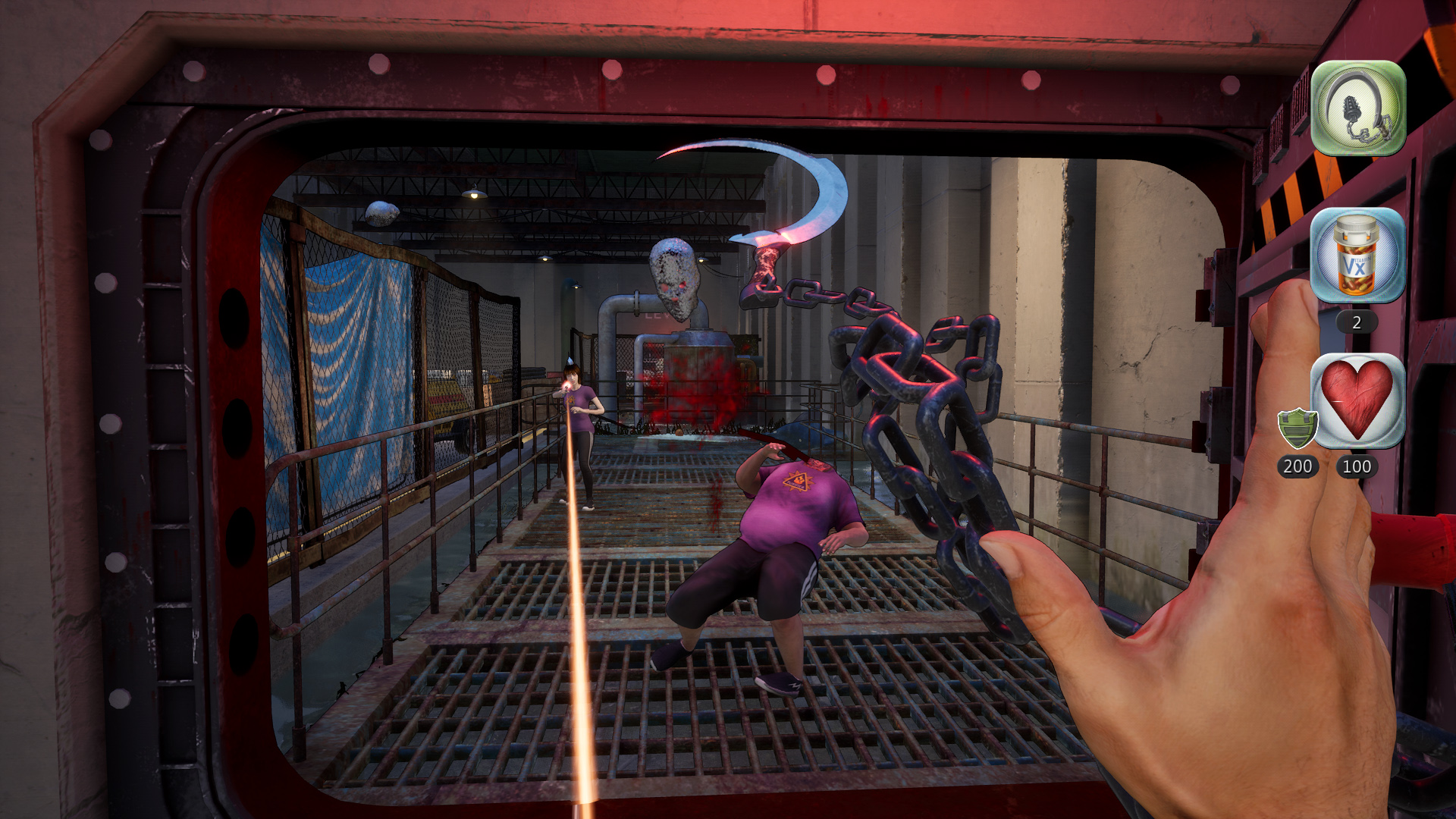 As I mentioned earlier, the game does encourage exploring, but I did come across a few issues with this. In some areas I found myself stuck behind a house or a hill with no way of getting out, so I had to reload an autosave. There was another time with one of the side quests – I couldn’t complete it, even when I know I found every item required. Even though they are small bugs, I do hope the developers fix those little things, because little things like that do add up.

Taking a lot of its style and game mechanics from the predecessor Postal 2, Postal 4: No Regrets took the best parts and improved on them tenfold, creating a highly enjoyable dumb-fun experience that does not take itself seriously and makes fun of modern American culture.

If your looking for a game that raises its middle fingers in the general direction of cancel culture and makes fun of this messed up world we currently live in, I would say Postal 4: No Regrets is a game that most developers would never dare to make in 2020, but Running with Scissors made it with its crude, wacky, and insane over the top humor and violence, and people will either be outraged, disgusted or keep playing with no regrets! 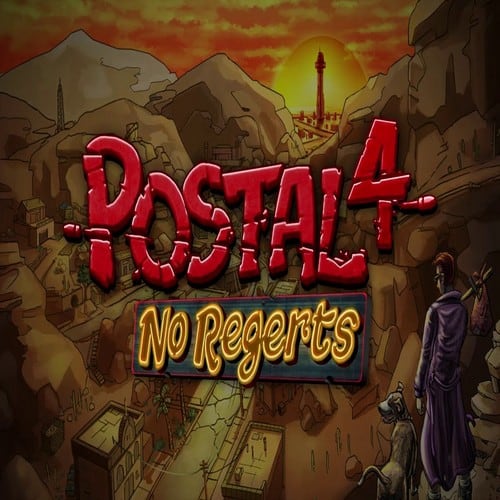 POSTAL 4: No Regerts is a satirical and outrageous comedic open world first person shooter and the long-awaited true sequel to what’s been fondly dubbed as "The Worst Game Ever™", POSTAL 2!