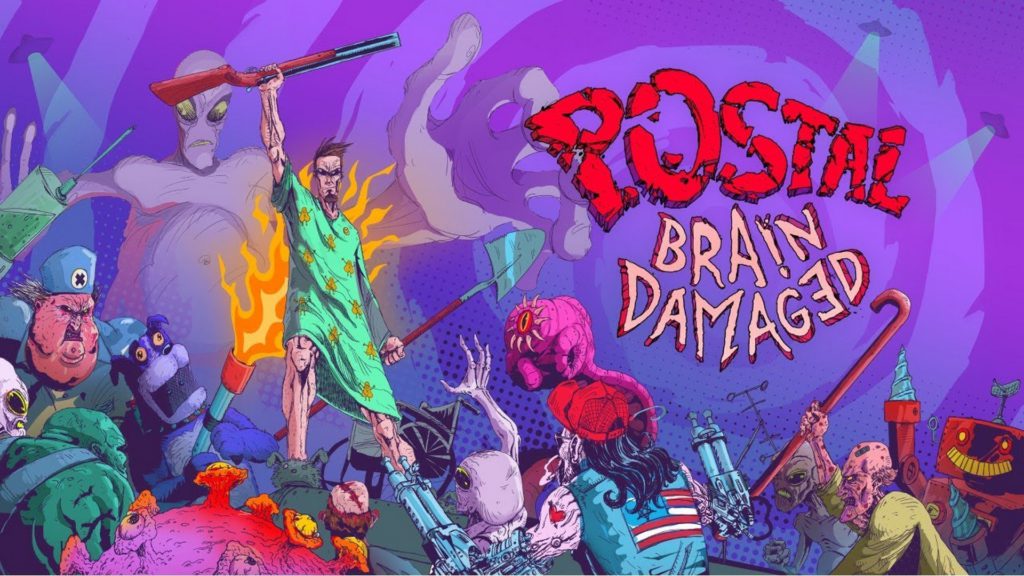 Postal 4 was a blast, but Postal: Brain-Damaged takes the Postal series to an all-new level, with fast-paced action gameplay, and going where the franchise has never been before; into the mind of the Postal Dude himself. It’s certainly different from the other Postal games, released by developers Hyperstrange and CreativeForge Games, and publishers Hyperstrange and Running with Scissors. Postal: Brain-Damaged is more of your “run and gun, get shit done” type of game, and the best way to explain it is if Serious Sam made love to Duke Nukem while overdosing on crack and cough syrup.

Moving away from your usual Monday to Friday break up of levels used in the previous Postal games, you explore the not quite sane mind of the Postal Dude as you try to get your TV back from yourself. You encounter various wacky enemies, from old men wielding shotguns or faceless NPCs to floating fat men throwing cheeseburgers at you, and that’s just the first level. The further you progress, the more you start to understand the crazy mind of the Postal Dude.

Along with the wackier enemies you come up against, you have a variety of weapons and items at your disposal, and the game’s signature brand of humour stands out in all aspects of the game. Consuming hot sauce, for example, makes your pee becomes a fire stream, and you use it like a flame thrower or weapons such as the Not-So-Smart gun that locks onto enemies to deliver a volley of rounds. 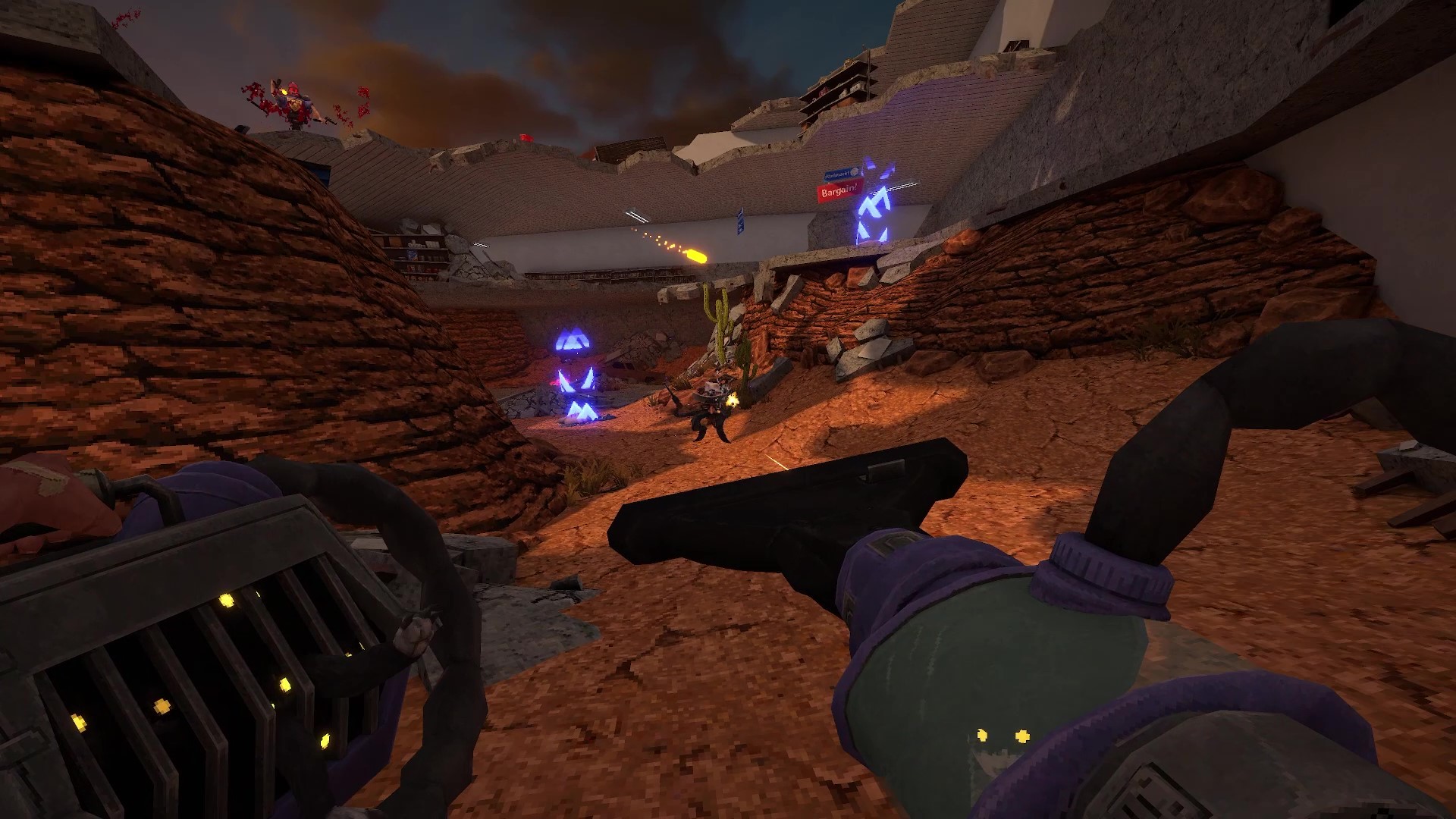 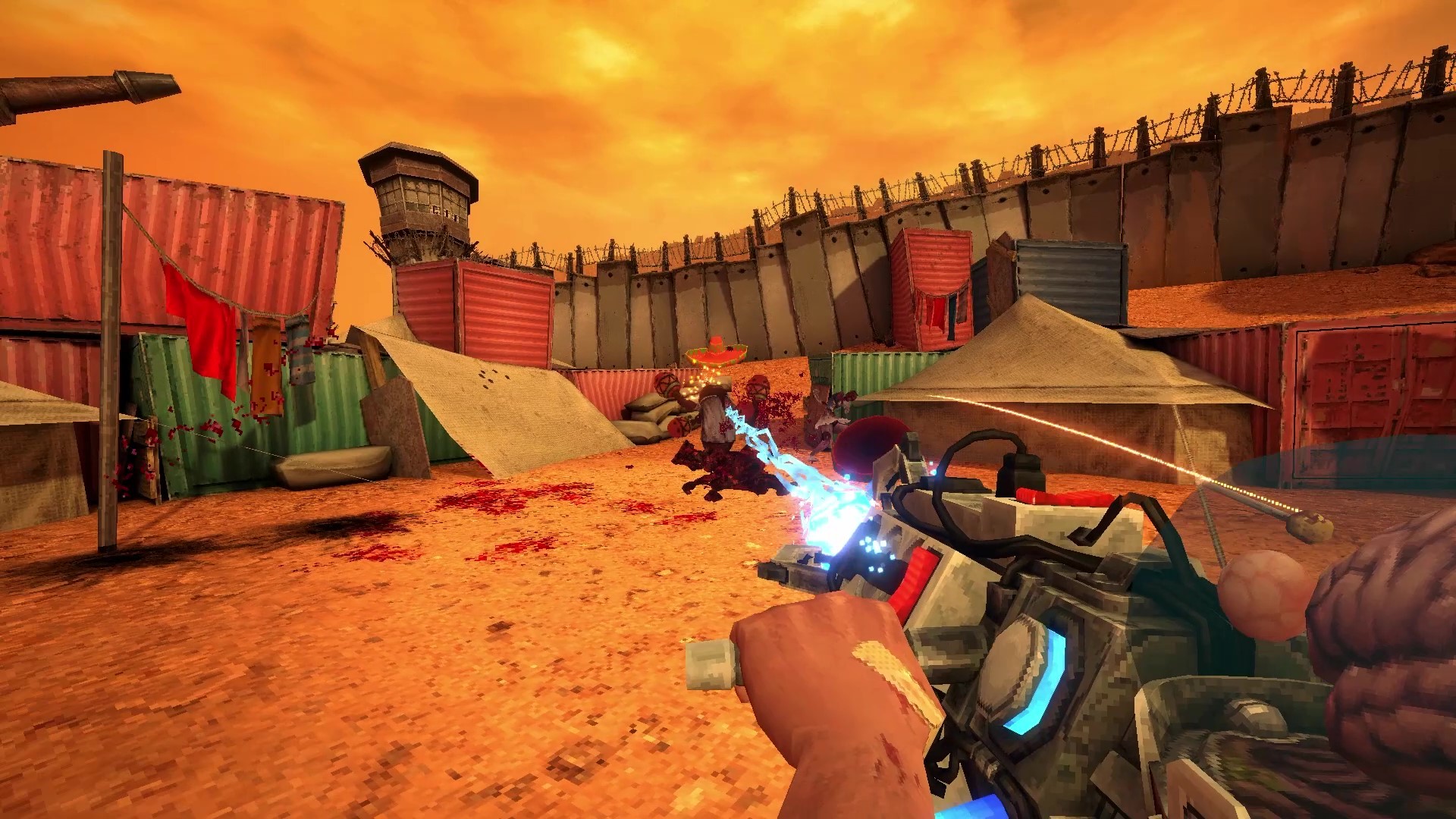 You’ll even find a bit of a knock-off weapon from Doom, called the Super Hooker shotgun, but my favourite is the bow called Penetrator. Let’s just say that instead of arrows, it launches 12 inches of something long and hard at your enemies.

The game’s graphical design is more in line with the original Quake game, with many rough edges and blocky textures, especially with enemies turning into chunks of a bloody mess across the floor. I like to think of it as another nod to classic FPS games, along with the many other references littered throughout the game. This includes the level design, from typical hallways and open areas to places becoming twisted scenes from a crazy man, which may be why maps can sometimes be confusing. Still, much like the classic FPS games, it plays like most of them, so to get around faster, I used the jump and crouch keys to skirt around rather than the slower walking option.

Overall, Postal: Brain-Damaged gets straight to the point in its execution, carefully crafted by developers Hyperstrange and CreativeForge Games. It is giving fans of the previous Postal games the same dumb fun gameplay and atmosphere, but with more enemies shooting back at you and the same outlandish humour we’ve come to expect. 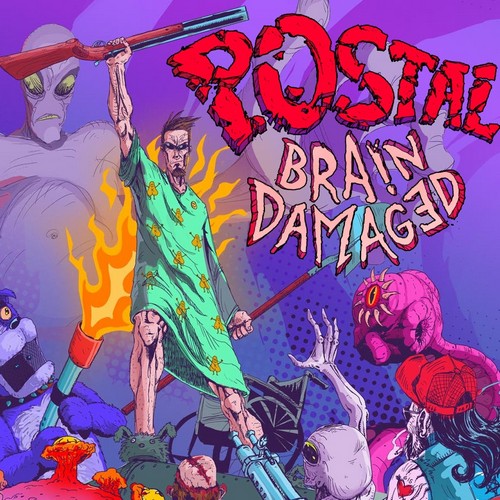 POSTAL: Brain Damaged is a new, action-oriented take on the Running With Scissors’ cult game series with throwback graphics, and fast-paced, modern gameplay.