Project Cars 3 is a racing simulator developed by Slightly Mad Studios and published by Bandai Namco Entertainment. This game boasts one of the most realistic car racing simulators currently available and it’s hard to disagree. They have really pushed the feel, control and technique of a real vehicle from a standard s**t box, to a luxury car and right through to the Formula X. Get ready to be very frustrated, or absolutely captivated, in either one of the best simulators or torture devices I’ve had the pleasure/pain to experience.

The aim of this game is very simple – race. You’ll complete objectives, unlock new tracks, upgrade or buy a new and better car, and then rinse and repeat. It is a car racing simulator afterall. However, that’s about the extent of its similarities to other car games I’ve played, which isn’t a lot I admit. Racing, earning points and completing those objectives is where this game stands out, because for me anyway, this is where the game shows just how easy driving in real life is or how difficult racing really is. If you’re a real sucker for punishment, you can use your hard earned points to skip ahead, meaning you’ll be outmatched and really have to focus on your driving to try and close that gap. With how the game feels, driving in real life now seems a hell of a lot easier. They’ve got the realism down, but this took some of the fun away for me.

Now, I have been saying things like realism this and torture device, so I should probably explain why. The controls for this game, at least on PS4, are simple and quite normal; R2=accelerate L2=break RStick=steer Square=handbrake. The basics right? Ha, wrong! You think you’re going to throw on that handbrake and glide around those corners, but you’re really going to lose control and spin out, just as someone untrained would do in real life. The same as if you were to only quickly tap the handbrake as you approached that corner, your car would jerk and slow slightly. Instead you must use technique and patience, because one mistake could cost you the entire race. You need to slow into the corners and accelerate out of them, as going too wide will dramatically slow you down. You’ll also want to avoid collisions or cutting corners, as this could cost you the lap time and make that particular lap invalid. 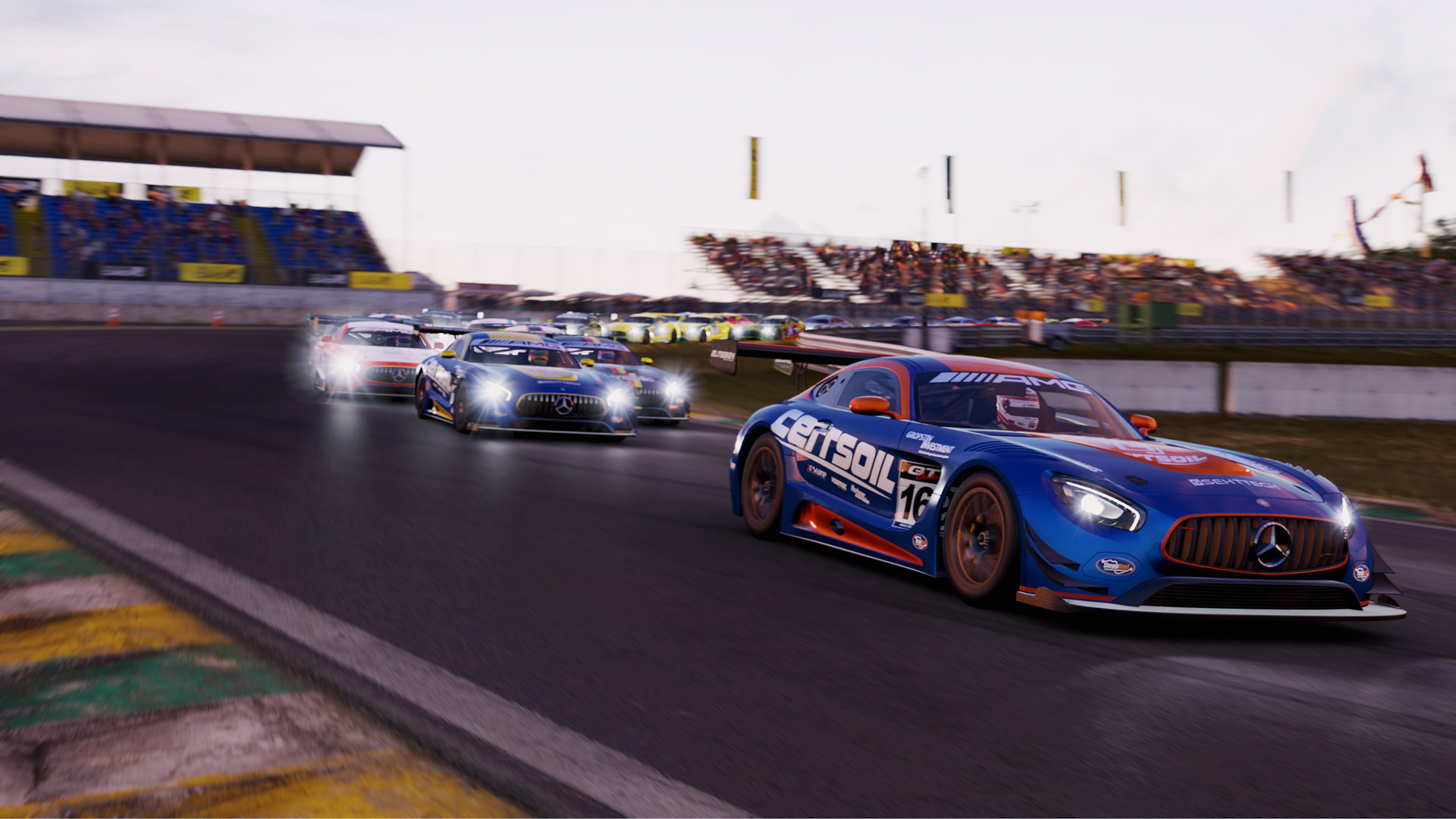 This is what brings me to say it’s the best simulator or torture device, keeping in mind that this is my opinion, and I am not particularly good at racing games; I much prefer destruction derbies. I had to master three corners as an objective in the first race, and either I missed what that meant or it didn’t state it, but I had to do that race eighteen times before I completed it. It wasn’t until I took a step back and stopped myself from throwing my controller across the room that I realised winning is not one of the objectives. I took a deep breath and completed the race carefully, slowly. All of a sudden my seething rage and frustrations were gone, it was simple. Maybe not simple, but it just made more sense. Eventually I was completing objectives and winning, with only the occasional bout of rage caused by a near perfect run being undone by one simple mistake.

A nice touch is the ability to use any vehicle, even if you have not unlocked or purchased it in the custom event tab in the main menu. It is a good way to test out the different cars and see what you like. Of course you cannot upgrade them, but it’s a really good option available and gives you a taste of what you’re working towards. I tried the formula one cars and immediately gave up. They need some serious skill to drive. You also have access to a showroom to check out different cars and a garage where you can purchase and upgrade vehicles. There was also a section dedicated to multiplayer and rivals, but unfortunately I was not able to get on in the times multiplayer was available.

It would have been nice to see just how bad I really was, or if I was actually better than I thought. I do see multiplayer being a hit, and as much fun as versing the AI can be, playing against another person would be more beneficial and offer a better learning curve. Even something as simple as being able to watch others and see their techniques could have helped a lot. Seeing how they tackle corners and shifting the weight of their cars would be a great learning experience. Once I get some multiplayer time in, i’ll come back and give you guys an update. 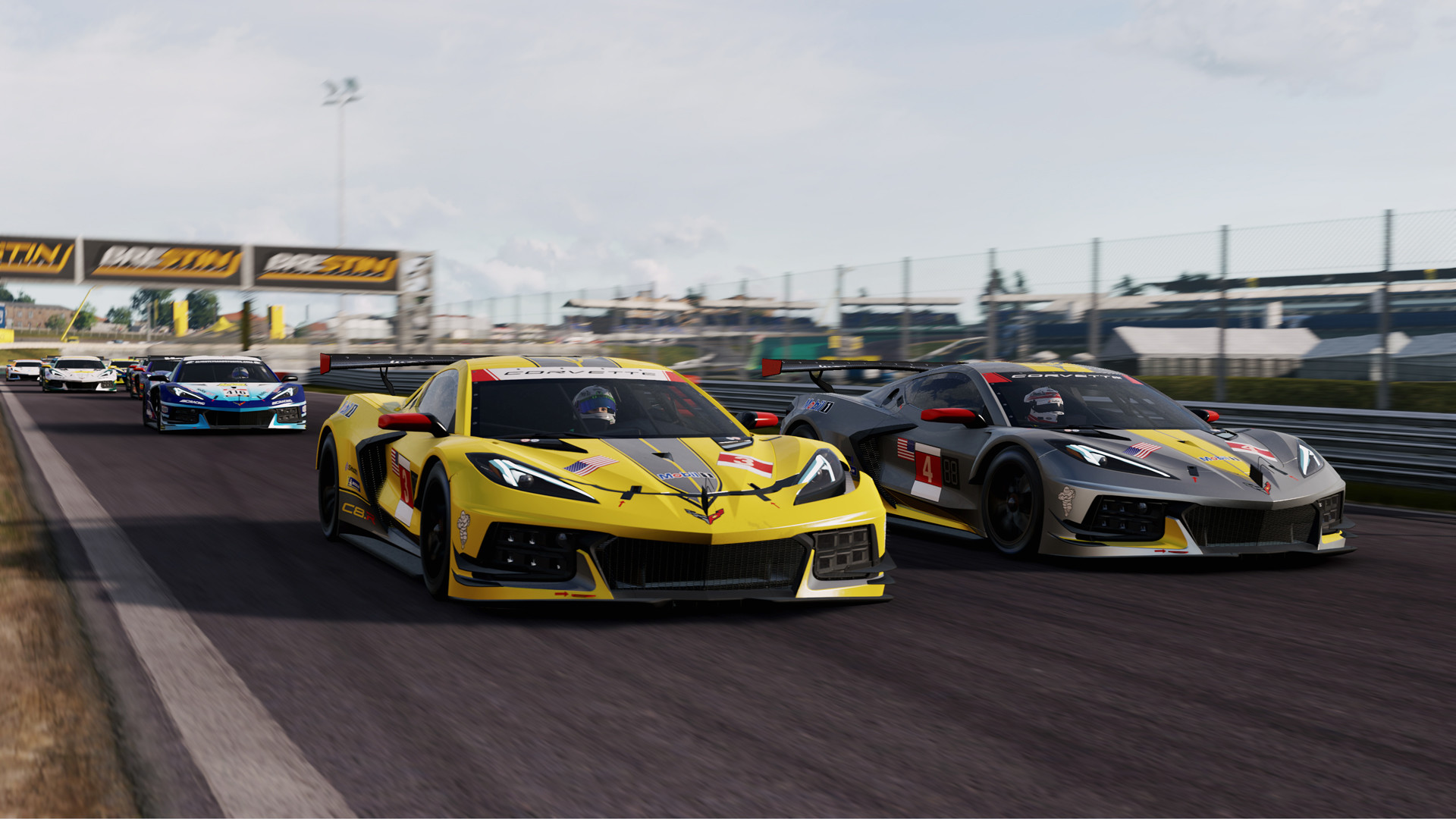 As would be expected in this day and age, the cars look amazing. They’re very clean and true to the real world counterparts. The tracks are also full of detail, but as you start looking beyond, the attention to detail drops off. You can tell the focus was predominantly on the cars, and I’m not saying that’s a bad thing, but a little more detail wouldn’t go astray. Adding weather conditions to the stages is also great, as well as terrifying, as it does add that extra difficulty to the races.

Water on the road will cause a loss in traction, jerking your car around or making it harder to corner. The cars sound brilliant, from the engine roars to the squealing of the tyres, coupled with a high energy, pumped up soundtrack in the menus is perfect. The car customisation options are expansive, with a multitude of details available. The only thing that irked me was the license plate. I tried using BRASH 1, but said it was invalid because of profanity. Seriously? Where?

This is a very skilled based game that makes you think differently compared to other racing games. You must pay attention to your vehicle, learning its ticks and adjusting accordingly. Car enthusiasts and race fiends will love this game, and I highly recommend it to them as it will test their knowledge of cars and how they should be handled. This definitely isn’t my kind of game, but the more I played it, the more I began to appreciate how much work went into making it feel like the real thing. It has me even keener to go to the V8 races this weekend. 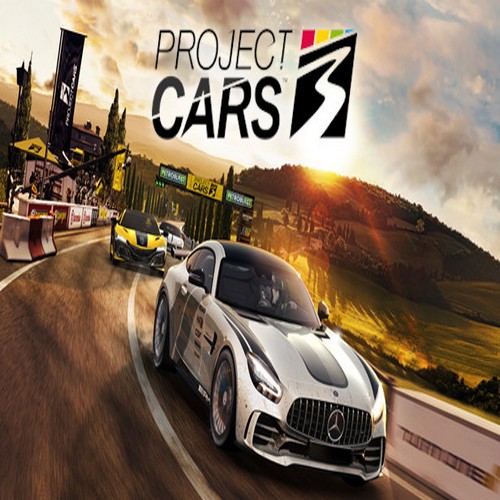 Journey from weekend warrior to racing legend & experience the thrill & emotion of authentic racing. Own, upgrade and personalise hundreds of cars, customise your driver, tailor every setting & play the way you want in YOUR Ultimate Driver Journey.