By StacefaceMayhem on August 18, 2019 on Reviews, 5 More
close [x]
Tweet
No Comments

What is with the flood of 80’s inspired games as of late? I have literally reviewed like nine or ten in the last 6 months and it seems like the fad is not dying soon. It seems with the success of television shows in the likes of Stranger Things it has opened a flood gate to nostalgia. ‘RAD’ by Double Fine and Bandai Namco is a single player, rogue-ish game, cut from the same cloth.
RAD is set not only in a post-apocalyptic world, but a post-post-apocalyptic 80’s world, in the wake of two nuclear wars, this Earth is destroyed and not even the ‘Menders’, Robot-like A.I. can fix this mess, in fact they have made it worse.

You, a charismatic rogue teen, must venture out in the barren lands, The Farrow, and destroy with your handy baseball bat, the mutant pests that infect the wasteland and are sapping the energy from your safe haven. Using your own mutations that warp and twist your power and new adaptive radioactive skills, you hold the key to bringing back life to this barren and invaded landscape and restore power for your town’s survival.

Much like a dungeon crawler, you initially pick one of three characters but as the game progresses more become available. Once you are happy with your choice, you are dumped down at the base of operations that acts as the main menu hub. If you enter one of the many portals, you are sent by the ‘Elder’ to scour procedurally generated worlds for in-game currency in the form of VHS tapes and Floppy disks, all the while bashing in the wide range of enemies and boss enemies called Muties, with basic moves such as a lunge, jump slam and melee wacks of your glowing bat. Being mutants, these creatures carry a lot of radiation and destroying them in combat, with charge your RAD meter. Once full, this bad boy will give you your very own mutation, to help turn the tides of battle. Mutations are special abilities, that you can use in combat, such as turning your body into a walking porcupine, or launching a massive, purple roided up arm like a boomerang or even spewing out little, disfigured cherubs to fight alongside you. Passive perks are also found throughout, giving buffs such as resistance to fire or small health over time from a death of an enemy. You’ll definitely have your favorites and not so favorites, as some feel like a hindrance more than an advantage in enhancing the run.

Collecting VHS cassettes and Floppies and returning them to the hub is an integral element of the game, as we are very much now in the world of the perma-death. Once you die, you die. Along with the resources. This took me a while to figure out to my frustrations, after losing countless resources from multiple deaths before finally figuring out what to do with them. This makes the gameplay detrimental and a worthy payoff after achieving each level, driving you to aim a bit further with each run through from the last. While it is tedious and repetitive, easy to just slam down, it is entertaining enough to pick right back up again not long after and have another crack.

Even though procedurally generated the level creation was beautiful, especially above ground. I tended to hate going into the metal, futuristic undergrounds as they lacked detail, and made me feel claustrophobic especially while fighting the at times awkward camera, when it came to combat options. It was also confusing to traverse but I found the cute, vibrant trails of grass more of a directional assistance than the obscure map. I didn’t find the need to hide the map or its objectives necessary as the gameplay is already demanding enough. The 80’s vibe is thick throughout play, with synth-wave music and key-tars highlighting moments of the story. The dialogue is overly cheesy, but the female and male narrators contrast beautifully amongst the tubulars and totallys. The colors are amazing and neon, and the art-style cell shaded. While the shading is not mind-blowing quality in the cut scenes, it does really add to the experience in the gameplay to build the overall retro feeling.

There aren’t very many modes currently and I am so glad. It doesn’t have multiplayer or any other modes but without them it just makes for such a cleaner experience. There are daily challenges and quirks, that customize your run throughs to make it harder, and to put you up against others via a leaderboard.

Overall, RAD is a retro good time despite its few niggling imperfections. Its definitely a game you will get frustrated with but not so rage inducing that you won’t ever come back to it. At times, its straight up addictive. With its far share of crazy mutations along the way, each run through is a completely different experience! 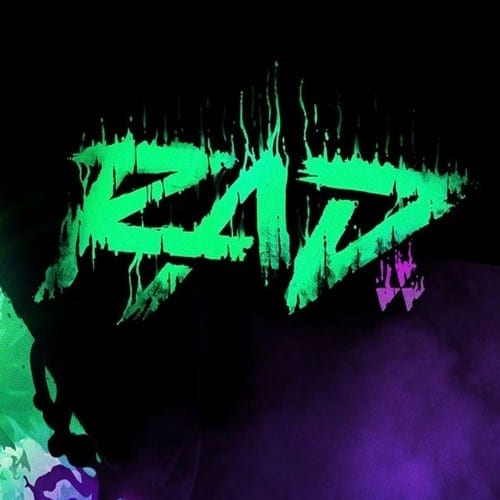 RAD is a 3D action rogue-like set in a post-post-apocalyptic world, where humanity has faced armageddon not once, but twice.