Put on your pink warpaint, hair spray up that mohawk and dust off your ass-less chaps because RAGE 2 is finally here. Leave your dignity at the door because the rude and crude apocalyptic wasteland is back.

Despite its name, RAGE 2 is nothing but pure enjoyment. Developed by Avalanche Studios with Bethesda, this first-person shooter is a sequel to the original RAGE from 2011. Playing very much like Doom (a Bethesda classic) and looking very much like Mad Max, this was certainly one title I couldn’t wait to get stuck into.

Set 30 years later, the post-asteroid destroyed Wasteland is back, disheveled as ever and in dire need of your influence. Mutants are running amok, factions of goons, scavengers and other down right delinquents are pillaging the lands and the few last humans are desperately trying to survive. When the less than humanoid, General Cross, invades your base camp with his band of distorted mutants called ‘The Authority’ killing your aunty commander in the process, you don the last surviving ranger suit. Bent on chasing down the power drunk mad man, you become known as ‘Ranger Walker’, the new wasteland superhero, collecting a rag tag band of crazies to help you out along the way. While the plot isn’t the strongest premise as it is the typical good verse baddy, it sets up the gameplay as the action is certainly front and centre. Gameplay is split into driving vehicles in this very open world to mission locations or to explore and demolishing enemies in a number of ways through intense and extremely addictive combat.

Starting the game, you are given the pistol called the Sidewinder, which quickly became one of my favourite weapons in the vast array you receive over time. While the missions don’t have a wide range of depth to them, they will often require you to stomp your way through the front doors and mowing down anything in sight to then loot till your heart is content, the main missions offer enough variety and unique bosses to keep me entertained for hours.

To enhance the combat is the fact you can upgraded everything, and I mean everything. Strawn throughout the wasteland are over 12 mysterious Arks; secured pods filled with Nanotrite skills and the baddest of assery weaponry around. Nanotrite Abilities are upgrades used with your suit to give you that edge on the firefight with a plethora of unique powers. These include a quick dash to move swiftly out of the way or towards the fight, my favourite is the power punch which lets you spray an enemy’s armour across the ground or even a vortex to hang then throw limp bodies through the air as projectiles. It is a joy combining these into an awesome spray of jumping, crushing and decapitation, coupled with the overdrive that slows down time and turns on beast mode with any weapon equipped, it quickly becomes a fast paced, acid trip of blood and limbs. Along with these powers you can find, buy and loot mods for weapons, tacticals, meds and vehicles even. Using the many types of in-game currencies you can upgrade each of these tier by tier with the perks increasing more in your favour. It does at times feel like an overwhelming number of things to juggle but I can forgive this as the menu this is done in is so clean, clear and easy to navigate.

The many vehicles you can acquire are interesting but not completely streamline yet. While each one drives a tad differently and I respect that, visually they aren’t that special. Other than your own main vehicles such as the Phoenix or Icarus (a copter), they aren’t that overly interesting. You can use these in road races, and to run down roadblocks or chase down convoys but other than that I didn’t particularly look forward to travelling many places… that and the fact my car often despawned and I was stranded somewhere. The only infamous Bethesda glitch I experienced, thank god.

One of my other only gripes with this game is the environment itself. The post-apocalyptic wasteland is gorgeous to look at, the sun sits in the sky painting shadows off the cliffs and the junk yard cities are oozing with neon detail and grimy, gritty charisma. However, once you leave a settlement, hop in your vehicle and drive off the beaten track, the environments are, well, pretty empty and lifeless. It would have been nice to see more dilapidated buildings with hidden secrets, or nests of mutated animals to fill the void. This is a shame really as the character models for enemies and key support NPC’s are fabulously memorable in design. The environmental sounds and music are atmospheric with each bullet ringing out, each head-shot popping, and each explosion echoing through the upbeat, grunge beat set in the background. Very much like previous Bethesda games, the soundtrack was impeccable in setting the mood for the upcoming slaughter fest about to occur.

This is certainly a game I was dying to give top marks too, it is pure unadulterated neon pink fun, filled with exciting combat, a vast range of arsenal at your disposal and an electrifying use of powers that just enhances the fight to the next level. Despite all this a few niggling bugs such as a predictable plot, empty plains and cool but underutilized vehicles, just make it fall short.

In saying that, it is still one of my favourite games I have played this year and certainly the best shooter thus far and the fact RAGE 2 has a road-map of free and paid DLC and features coming I look forward to coming back over again in the next few months. Happy gaming. 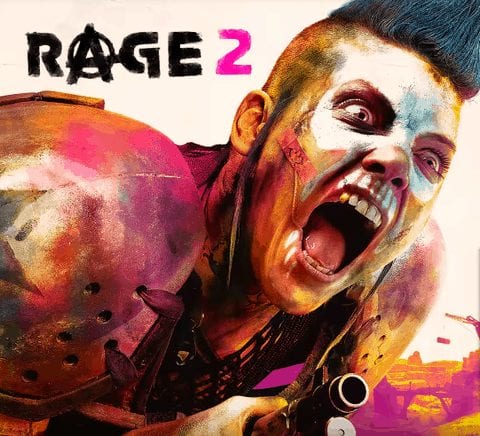 Dive headfirst into a dystopian world devoid of society, law, and order. RAGE 2 brings together two studio powerhouses Avalanche Studios, masters of open world insanity, and id Software, the gods of the first-person shooter to deliver a carnival of carnage where you can go anywhere, shoot anything, and explode everything.