Rainswept is developed and published by Frostwood Interactive and 2Awesome Partners. This point and click whodunnit was originally released in 2019 and has you playing as Detective Michael Stone, brought into the town of Pineview after a young couple is found dead in their home. You must walk the town collecting clues and talking to the locals. Everyone thinks this is an open and shut case, a murder/suicide, but Detective Stone thinks otherwise and must prove it.

Diana and Chris had only just moved in and were made to feel alienated and unwelcome in the small town of Pineview before something tragic happened, leaving the local town folk to think that Chris killed Diana and then himself. Detective Stone has his own tragedy and this new case triggers a lot of emotions and issues. As a result, Rainswept has a very in depth look at a lot of mental health issues, including depression, domestic violence and suicide. 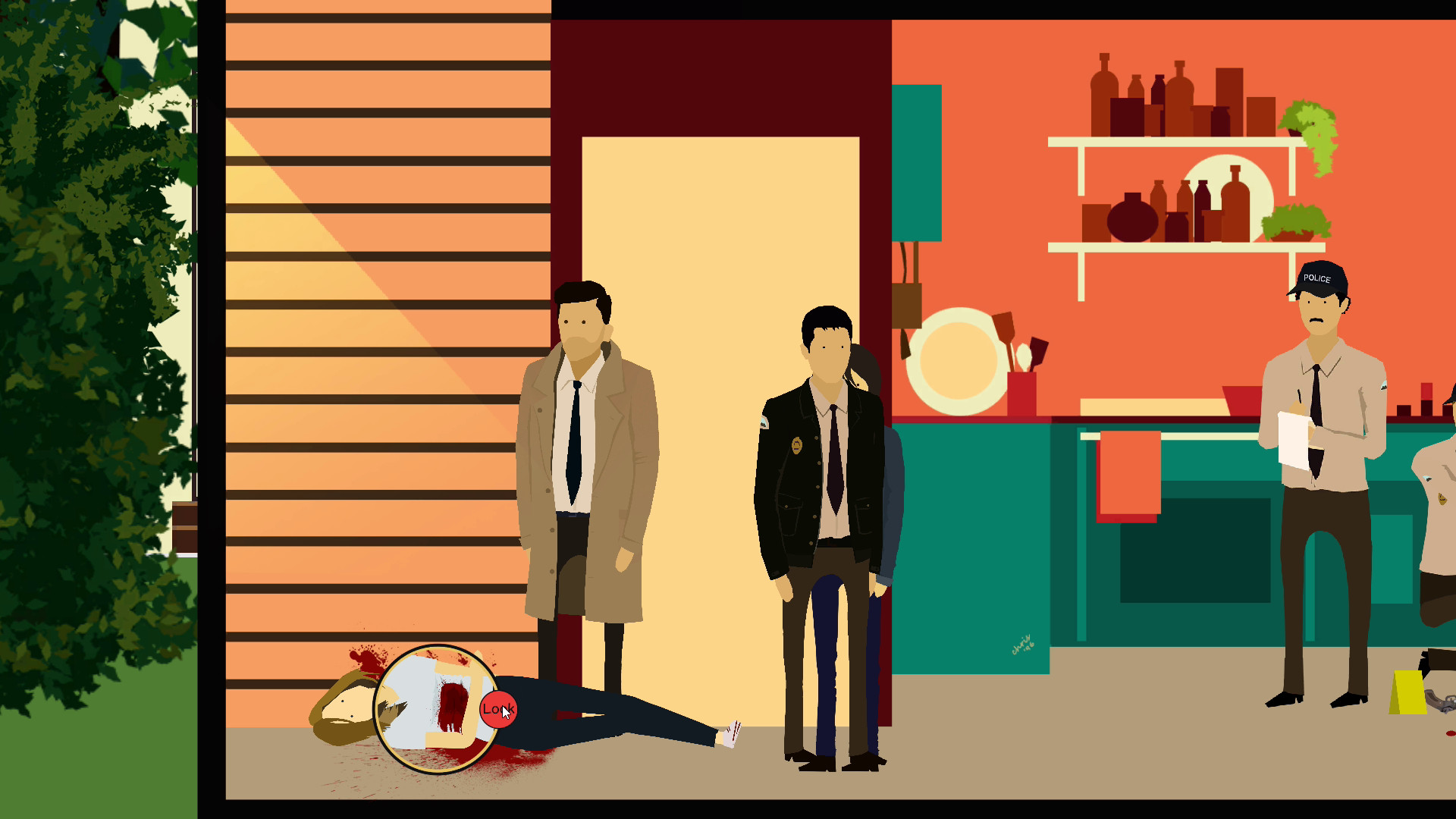 Rainswept has a very simple game design. The town of Pineview has only three streets and you can enter a few homes to help with investigations. The game relies on you walking the streets talking to the townsfolk and any time there is something to look at, a yellow lightbulb appears that lets you know that you can interactive with that person or item.

You can look over your notes, look at the map of the town and check your to do list by using the directional buttons. A sense of urgency is generated by the limited amount of time you have available to get to the bottom of the deaths of Diana and Chris, and you are offered a glimpse into their lives by playing as Chris during brief moments.

The art style on Rainswept is a little hit and miss. The characters have no real animation, with some characters not even have mouths, whereas the landscapes you can visit are stunning. It is somewhat disappointing because the strange way the characters are designed really takes away from the stunning scenery. Characters are out of proportion, with long stick-like legs and arms and no defining features. It may have been the point of the design but I disliked it. Rainswept also does not make use of voice actors, with all the conversations displayed as text bubbles on screen, but features a beautifully evocative soundtrack by Micamic that really helped tell the story and added to the startling themes. 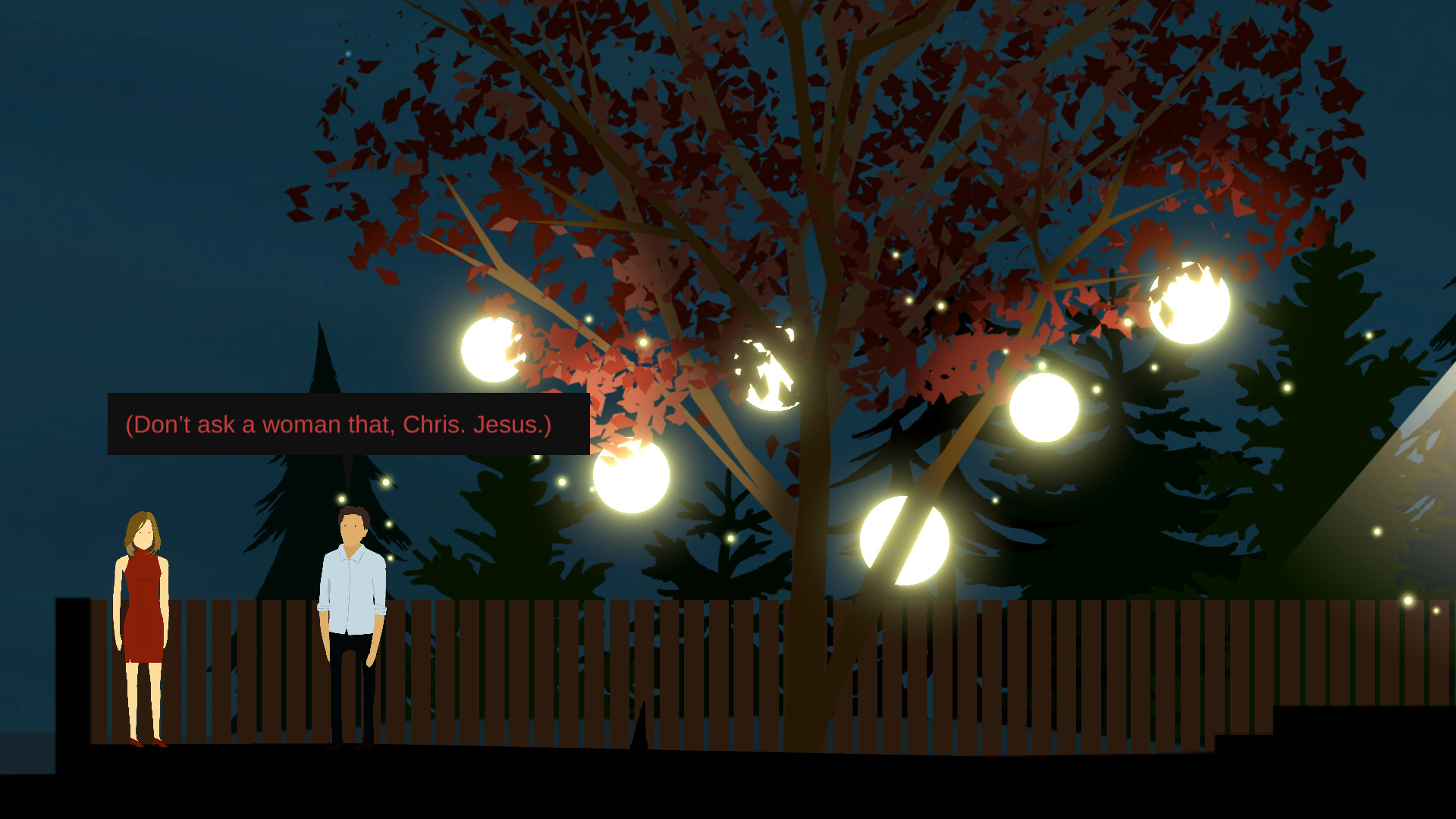 Overall this game isn’t a favourite of mine. You can’t simply walk the town looking for clues, it steers you in the right direction, and you can complete the game by just going through the motions. Your line of questioning isn’t up to you, and the only time I felt that I had any control was when I looked at my notes. Even then, I found notes about a conversation I hadn’t had yet, most notably as I chose to go see the local priest before the car mechanic.

Rainswept suffered from a few bugs as well, with the soundtrack randomly just stopping, or being unable to leave an area as there were apparently more clues that wouldn’t show up unless I reloaded a save. I understand Rainswept is trying to tell a dark story, but I found myself not caring too much about the characters.

The Diana and Chris domestic violence angle just felt cruel and unnecessary, while the player character having depression and PTSD was demonstrated as him lashing out and making mistakes, failing as a detective. With the subjects the game touched on leaving me feeling absolutely miserable, I was glad to put this game aside once I was done. 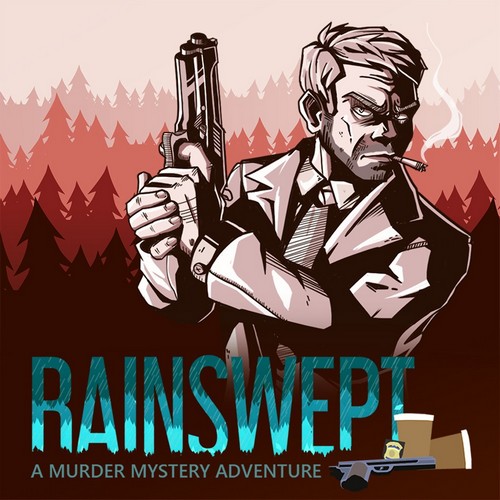 Rainswept takes you on an emotional adventure in a small town affected by a double shooting. Join Detective Stone and unravel entangled threads of love, relationships and unresolved trauma in this character driven murder mystery game.