Originally released back in August 2020 on various platforms, published by Koch Media and developed by Mighty Polygon Relicta now makes its way to the Nintendo Switch. The first-person, physics-based puzzle game really impressed players and critics on the other platforms, with its unique, increasingly challenging gameplay and stunning visuals. So, it’s interesting to see how well it holds up on the Switch.

The story of Relicta centres on Dr. Angelica Patel, a top physicist stranded all alone on an eerie, derelict Moon base and whose scientific mind is the only thing that can keep her daughter alive. Buried deep down within the lunar craters, holds a secret that may claim the life of her daughter, or greatly impact the fate of humanity forever. Players will take control of Dr. Patel and utilise her technology to manipulate physics, gravity, and magnetism to solve a variety of puzzles and uncover the secrets of Chandra Base.

Players will experience the entire game from a first-person perspective, which even includes the cutscenes. This is similar to games like ‘Portal’, ‘Qube’ and more, but ‘Relicta’ stands out from them with its inventive, puzzle-solving gameplay, which becomes more challenging as the player progresses.

The puzzles mainly involve placing cube-shaped, crate-like objects made up of multiple smaller cubes, on various platforms to open barriers and proceed to the next section of the stage. At first, it might feel very basic, but it won’t be long before players are faced with even tougher challenges that will really test their problem-solving skills. More skills will become available very early on in the game, where players must manipulate physics, gravity, and magnetism, as well as using teleportation devices to gather the crates and place them in their designated spots.

As the game progresses, the puzzle difficulty does increase, but so does the fun factor and the satisfying feeling of successfully completing each puzzle. Helpful tutorials will come up at certain points, to help teach players everything they’ll need to know and accomplish their mission. 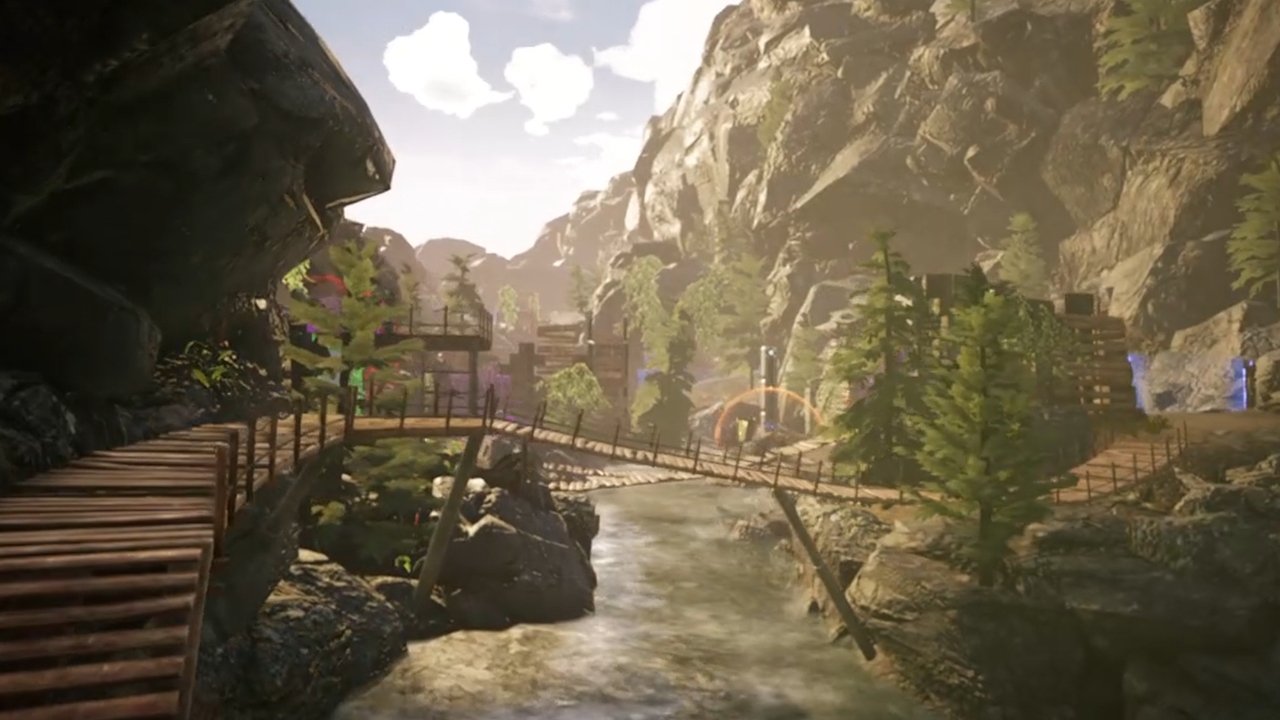 The game’s plot, although intriguing in its own right, doesn’t quite feel relevant to the puzzle-solving gameplay. It feels very random and illogical that several crates, computers, barriers, and more are scattered throughout this mysterious and isolated planet, and that Dr. Patel conveniently has the suitable technology to solve these puzzles. It’s like they were just placed there purely to inconvenience her.

It also feels very silly that players can’t climb up platforms that are just waist high and must use the crates to help them step up, or even climb over a small hill to bypass the barriers. It’s funny that with all the technology Dr. Patel has in her possession, she can’t perform the simple task of climbing up a low platform. As long as players don’t overthink and take the game’s logic too seriously, however, they’ll have a very pleasant and enjoyable puzzle game for their leisure time.

The planet has a lot of beautiful environments to witness. There are obvious graphical downgrades on the Switch version and looking at the environments up close isn’t quite as impressive but seeing everything from afar will provide some breathtaking views. It can feel quite lonely on the planet since there isn’t a single animal (other than the sound of birds chirping) or another human being to interact with, but it’s actually quite peaceful just admiring the gorgeous scenery.

At first, the game might appear to have an open-world feel, but it will quickly become apparent that you won’t be able to freely explore as much as you’d like, as there are invisible barriers holding you back. This can be both good and bad, as it might the experience feel linear, but it also helps keep players on track (as there is no map at all) and there isn’t really much more to see any way in the few areas you can reach out to. Another thing worth noting is that there are little to no sound effects of footsteps as players move around, but there are some splash sounds as they walk in water puddles. Makes you wonder if Dr. Patel is wearing soundproof boots of some kind. 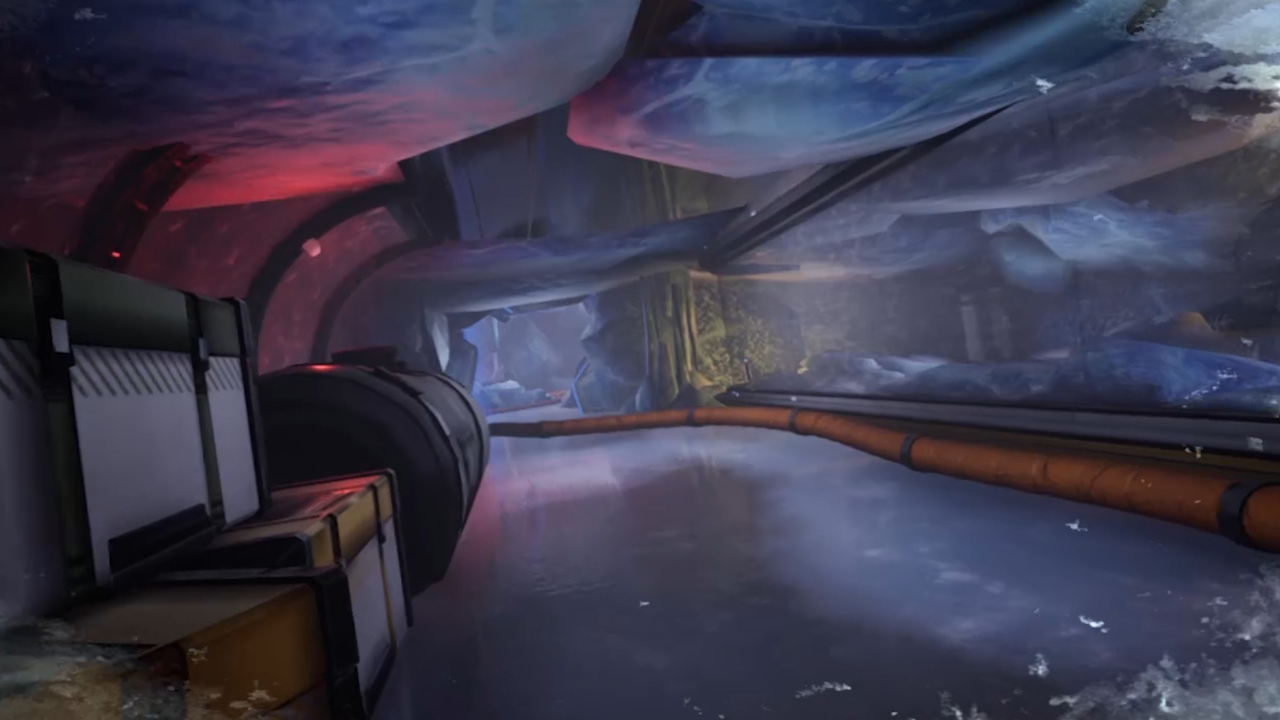 In between missions, Dr. Patel stays in a base of operations that comes equipped with various facilities for players to explore. The base is quite large with lots to see, but at the same time, there isn’t actually much to do at all. The main purpose in these sections is to just find the point of interest and move onto the next mission. Without a map or an arrow to guide you, it can be very inconvenient trying to find your way through the base and trying every door until one actually opens. Some of the rooms that do allow access, don’t feel like they really serve a purpose, as no explanation is given to what they’re actually used for. Overall, getting around the base is the least interesting and tedious part of the game.

A Photo Mode is also included in the game, which is a feature that’s been really popular in other games, for players to take action shots or even pose their characters in various locations during gameplay and post their favourite photos on social media. However, in ‘Relicta’, this feature feels incredibly pointless as the main protagonist can’t be seen at all and doesn’t have a model built for her, other than her hands which are only seen while playing.

While it is a nice option to have and take snapshots of your surroundings, it’s not much different from actually playing the game in a first-person view. Actually seeing Dr. Patel in the flesh would’ve been a really nice feature and add a little more to the overall experience.

Even with all its negatives, Relicta’s unique, inventive, and increasingly challenging puzzle-solving gameplay really stands above all and even has extra modes to play as well. Describing the game in writing does not do the game justice and is really worth trying out and experiencing firsthand. With approximately 10-12 hours of gameplay, ‘Relicta’ is highly recommended for fans of the puzzle-solving genre.

Relicta is a first-person physics-based puzzle game where you need to creatively combine magnetism and gravity to unravel the secrets of Chandra Base.