This first-person, physics-based puzzle game developed by Mighty Polygon and published by Ravenscourt is one challenge I dove into. Now it may be hard to believe, but I’m probably one of the few people that have never really played games like Portal or other physics/puzzle games. I’m not known for being a thinker so when ‘Relicta’ was handed to me I thought sure I’ll give it a shot and here’s how it went.

Starting off, you are placed in the shoes of Dr Angelica Patel, a physicist who is testing a new device allowing her to control magnetism, as well as gravity, on the ‘Chandra’ base located on the moon. Before long, a suspicious accident happens on board the base, separating the player from everyone, including your daughter. From there, it’s your mission to save everyone. Unfortunately, all the tests set up before the accident are all active meaning you’re going to need to use that physicist brain of yours to pass the tests to advance through the game.

Solving these puzzles and clearing each section allows the story to progress through radio communications. These were quite enjoyable snippets into the narrative, especially when listening to the banter between Dr patel and the A.I companion that runs the moon base. At times, running around solving puzzles had me forgetting I was actually on the moon. The different sections were all unique biomes; from frozen wasteland to lush forestry area, each requiring puzzles to be solved mostly involving the movement of grey boxes using your space-aged gloves. These gloves have the power to control magnetism while also reversing it on different boxes, making them stick together or shoot them apart as they polarise. Through the ability to also control gravity of these boxes; you have everything to solve whatever puzzles await you.

I like to think I’m fairly good at solving problems (despite what my colleagues think at MKAU) but some of the ones you’ll encounter will surely frustrate you as it did with I. Usually, having a simple solution such as standing on a box as it rises up, which I should of thought of right away, however it took me a good 10 minutes and this was only at the start of the game. A hint option would of been nice.

I think the reason it threw me was the levels look like there’s a lot to explore, only for invisible walls to be blocking paths. I’d often try to jump on a ledge that was waist high only to be greeted by said wall causing me to lose my train of thought (not a hard thing to do). Navigating through the levels at times a little difficult at first since there’s no map, however I enjoyed wandering around exploring. 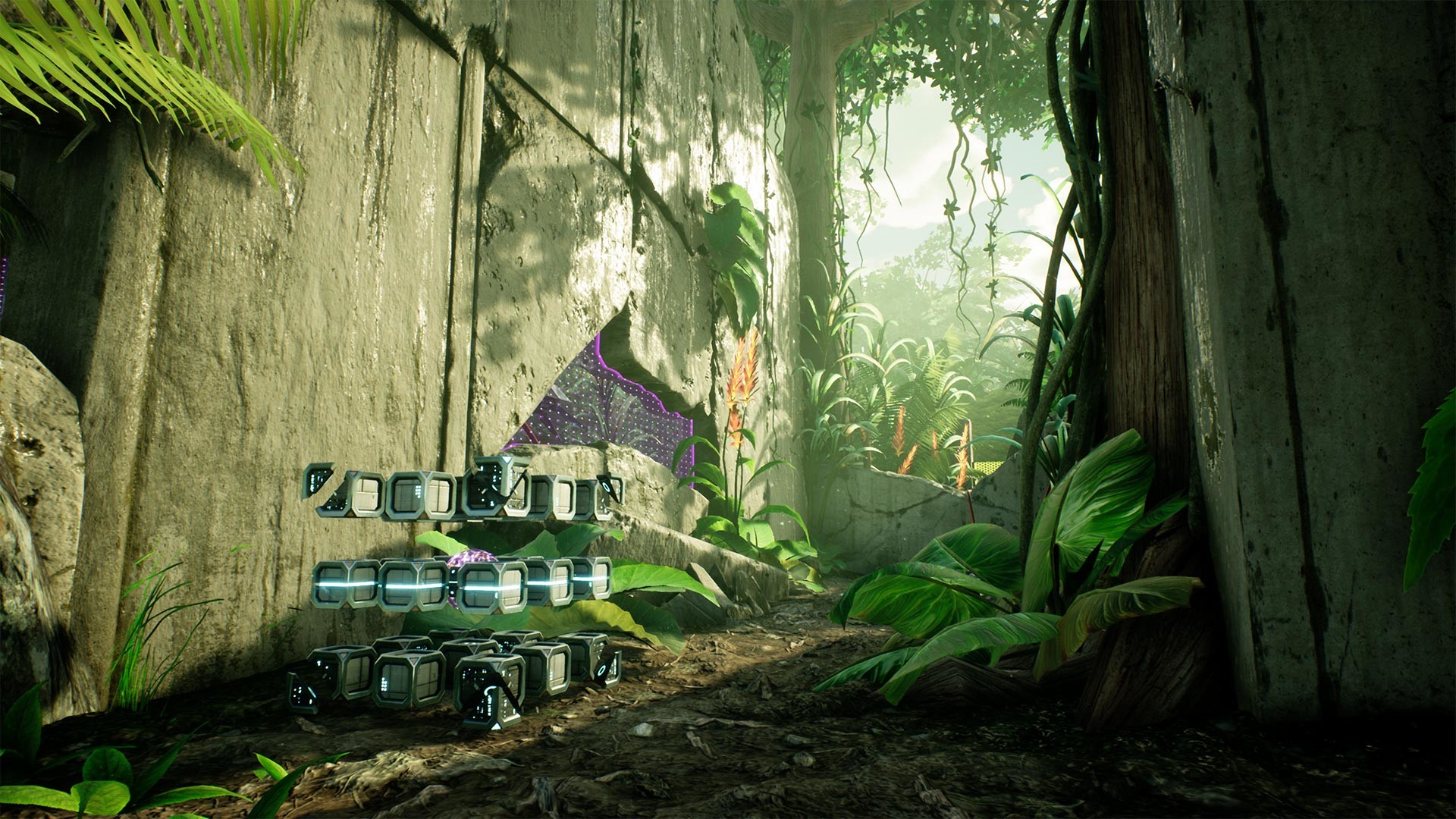 These where super easy to pick up an play with Analog sticks to look/move, (LB) Run (LT), Reverse Magnetism (RT), Magnetise (RB), and use gravitational pulls. (Y) will also bring up your super fancy PDA machine which you can use to see the usual emails/ collectibles you come across on your escapade across the moon.

I gotta say, on the Xbox One S, Relicta looks pretty damn good. From the ice section and the forest to the main hub on the moon, everything is so detailed. The base itself is all bright, shiny and fancy, something that you’d expect to be on the moon. The voice acting is on point, I really enjoyed listening to all the conversations.

The dialogue was interesting and well acted, fortunately, as the game music I didn’t really notice too much. This was mainly because I was concentrating on the best way to solve puzzles to the point I didnt notice alot going on in the background. 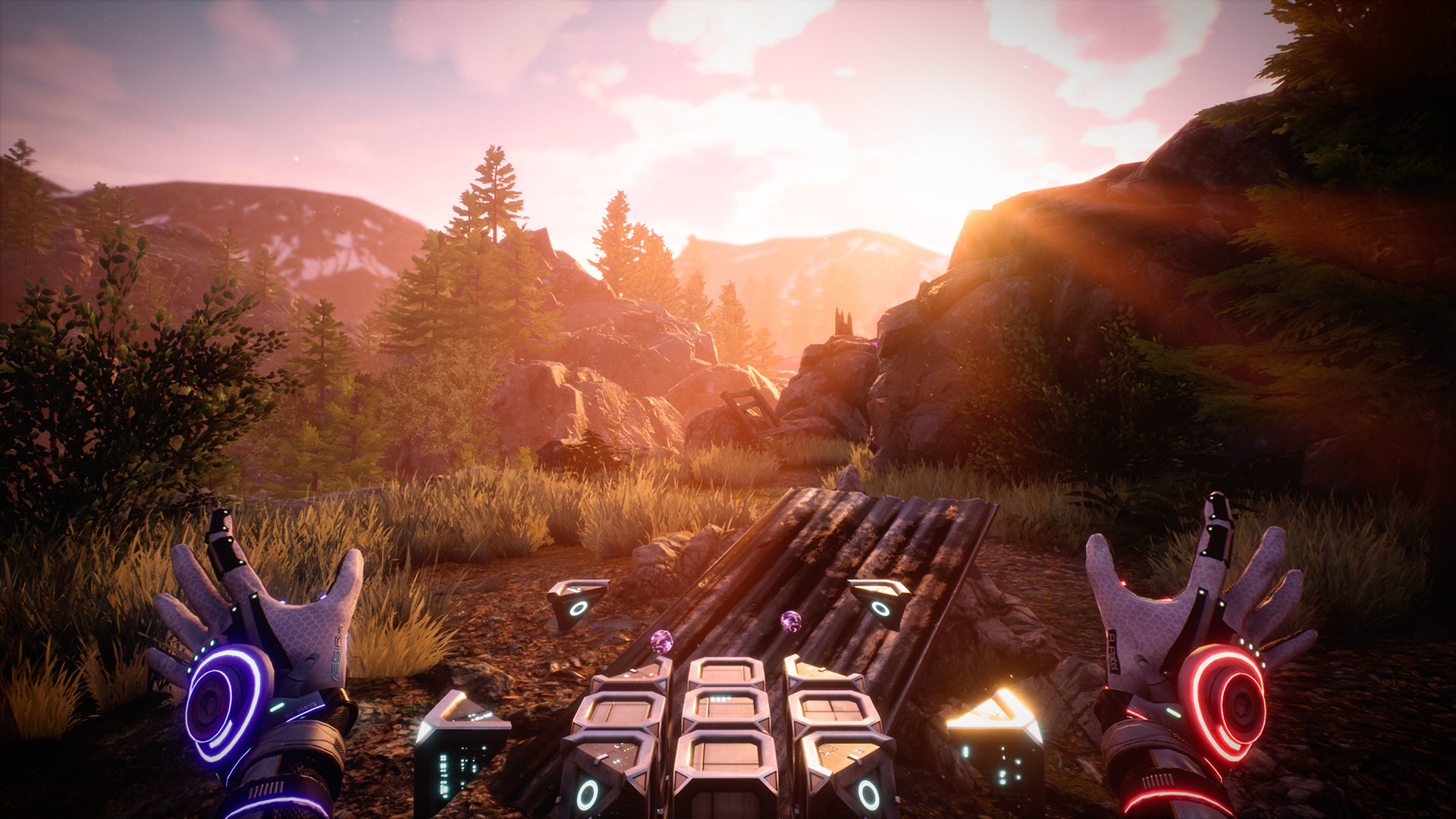 Some of the puzzles feel a little unresponsive, like lining ping pong balls outside on a windy day while other times picking up a box sets it back to a still block if you forget to reactivate gravity to it to shooting across the setting. It does force you to constantly be in a state of thinking making sure they’re all set up how you want and need them to be. It’s not a huge design flaw but like I said before a map for simple navigation would of been handy, while a tip box or a clue gathering system would have minimised the explosive frustrations.

Overall, what is happening on the base is cetainly enough to keep the player entertained and eager to find the secrets hidden within the base. This is definitely why it’ll be staying on my playlist. Relicta is one title I will mostly play on my days off, NOT after work, I play games to escape/relax, I really needed my brain cells fired up and working on all cylinders. I’ll put money on Relicta gaining a cult following like Portal has because it is that much of a mental challenge with that little bit of soul. Peace. 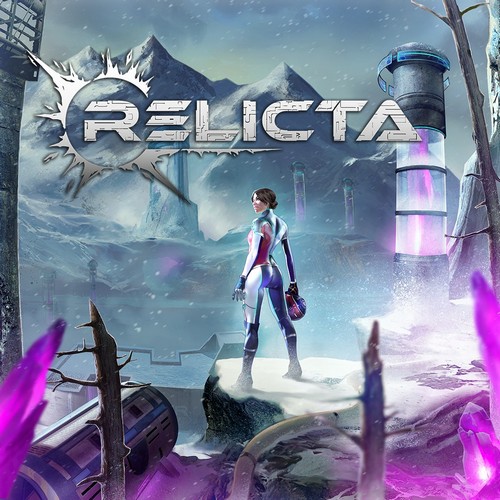 Relicta is a first-person physics-based puzzle game where you need to creatively combine magnetism and gravity to unravel the secrets of Chandra Base.