In today’s modern world, technology advances at such a rapid rate that it’s often hard to comprehend the extent that many developers will go through to develop new and exciting games. On one side, we are met with games that you would swear upon looking at them that ‘this looks like a movie.’ On the other side, we have games that are having their hypothetical dust being blown off them, put into a HD bubble bath and re-released to the world.

This time, we’re rinsing the suds off the newly remastered (and for the first time in English) version of Romancing Saga 3!

Romancing Saga 3 is actually is the sixth title in the ‘SaGa’ RPG series developed by Square for the original Super Nintendo, the Super Famicom.

The story-line dictates that every 300 years, a solar eclipse occurs, and sadly, whoever is born during the time of this phenomenon is set to die before the eclipse ends. Grim. However, one child has survived this dire situation, but was turned into a force of evil whom the world refers to as the ‘Archfiend.’ 20 years later, and a new Archfiend has emerged. 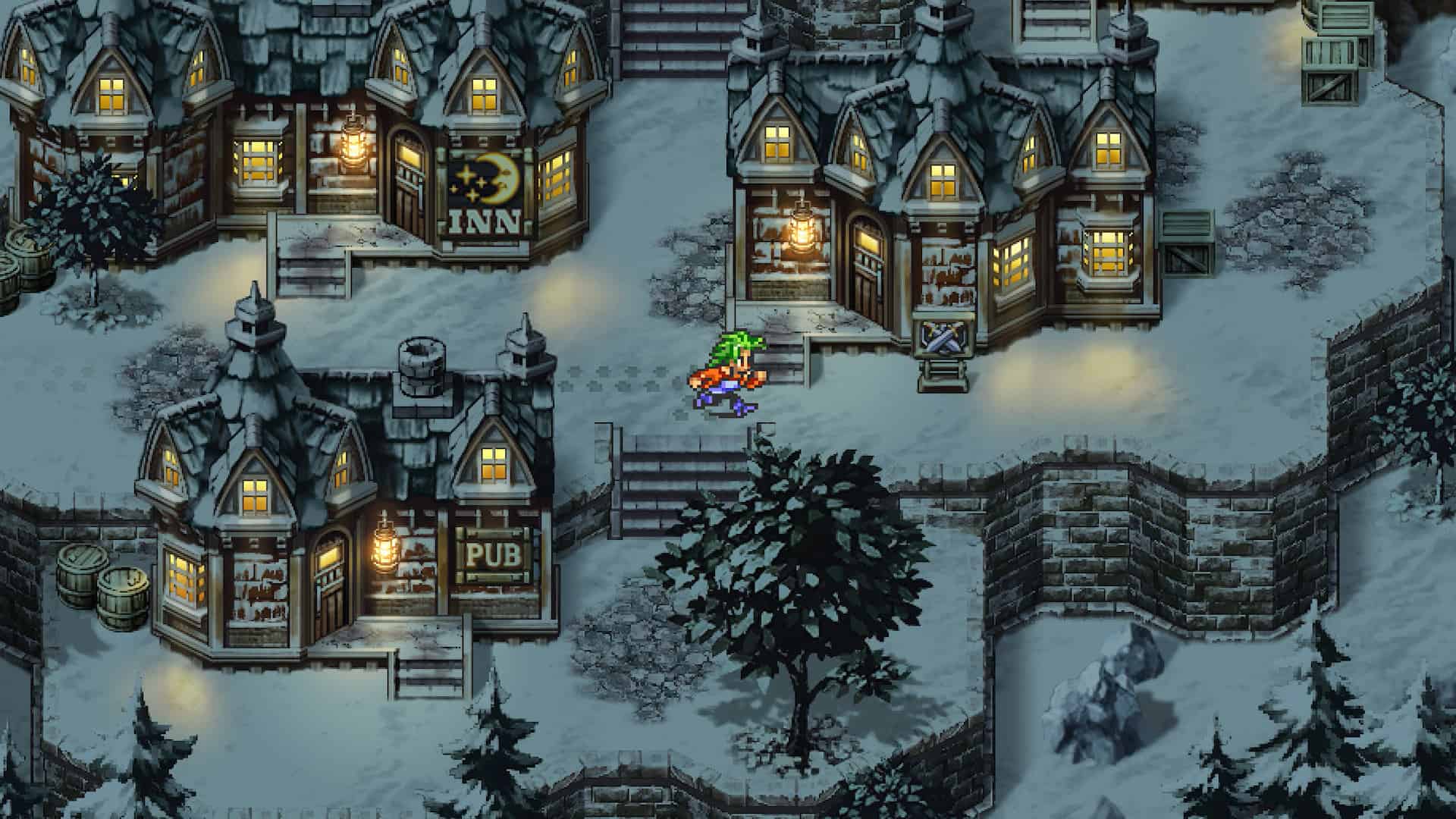 Upon starting the game, you are given a choice of being an ally of Light, destined to kill the Archfiend or a force of Darkness, fighting for the Archfiend instead. You are then given the chance to pick one of eight possible protagonists; Ellen Carson, Sarah Carson, Katarina Laurand, Julian Nord, Khalid (not the DJ), Thomas Bent, Monika Ausbach & Mikhail Ausbach Von Loanne (say that three times fast, I dare ya!).

What happens to the other seven? Don’t fret, for whoever you don’t choose can be found and added to your party later in the game. A massive incentive here is that fact that there is a HUGE REPLAYABILITY FACTOR (which, if you’ve been following along with my reviews, I’ve marked a few games down for not having this option!). So, choosing one of the remaining 7 as your main character alternates the story and shows different story-line circumstances and situations from THEIR individual perspective!

The game shares similar gameplay style features of other Square games, most notably Final Fantasy and Nintendo’s Dragon Quest. Translation: It’s an open world RPG with a turn-based battle system. The variable difference is that, unlike the aforementioned games, there is no ‘levelling up’ in RS3. Instead, depending on how often you use a selected character, that character’s stats will increase. If you attack with either strength or magic, their stats will increase. However, health will only increase if you are attacked. What adds a nice chance to the battles it that, by circumstance or story-line situational occurrences, a character may don a ‘light-bulb’ icon above their head. Selecting that character while the icon floats above them will result in them learning a new move; something that will usually swing the battle in your favour. 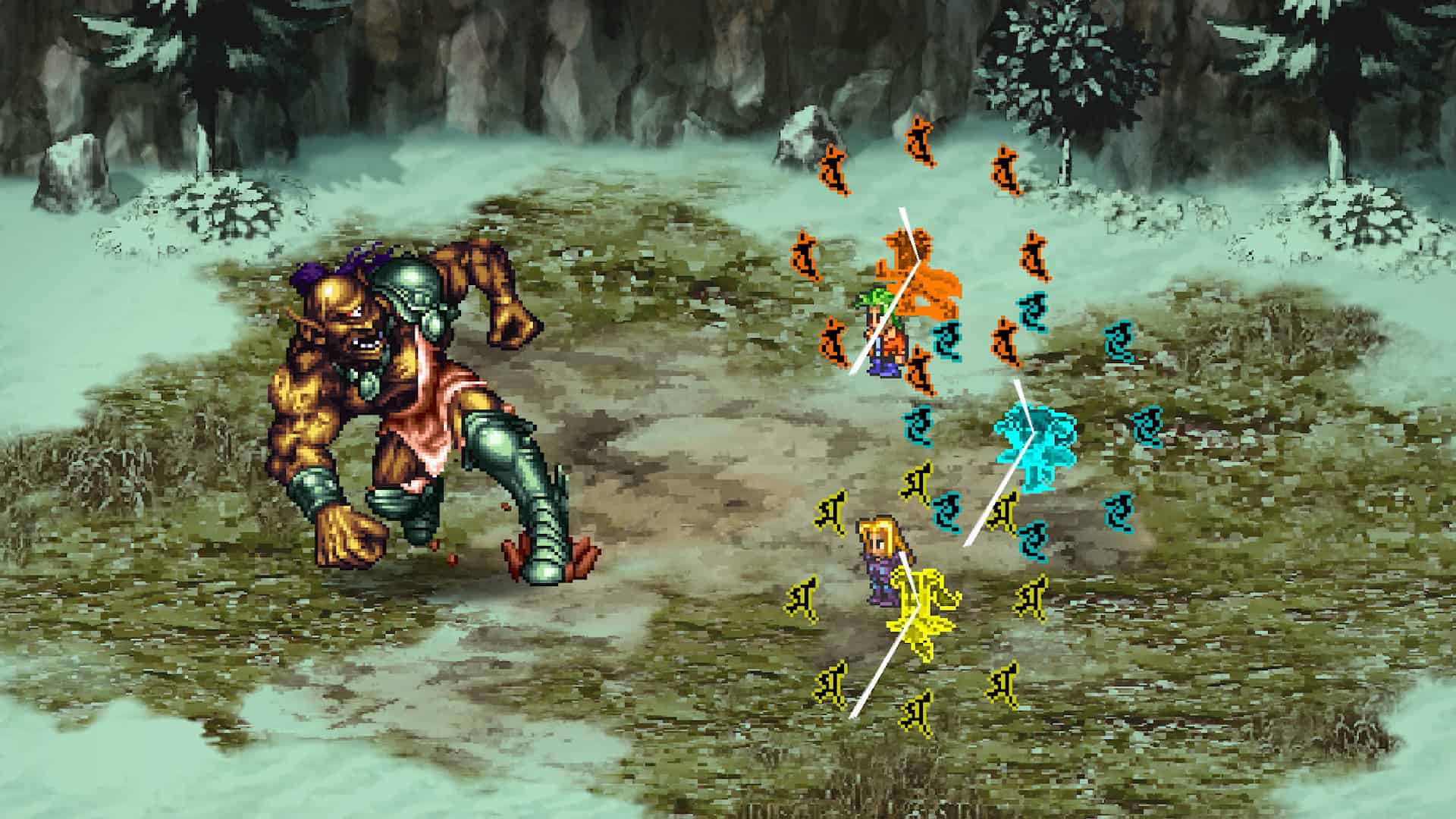 Given the fact that this game is 24 years old, Square have done an incredible job with Romancing Saga 3. They have brought new life by re-releasing the game with such amazing and immaculate detail that it really is just so wonderful to see it on an HD screen. The in-game artwork, backgrounds and enemy models have been polished and brought up to 1080p, yet still keeping their 16-bit retro look. Playable character models have received a similar treatment, with some additional animations added.

The soundtrack hasn’t been skipped either, revitalising the original music up to a clear, crisp audio quality, while the English voice-work is brand new, giving a whole new approach and feel to the original Japanese-dubbed game.

Romancing Saga 3 is an original 90’s Super Nintendo creation from Square, known at the time as Squaresoft, who have worked tirelessly in bringing this retro classic to the modern age. Its story is engaging, combat and controls feel similar to their other respectable RPG titles and, with new features such as New Game + added into the fold, you would be sorely missing out if you were not to play this classic. 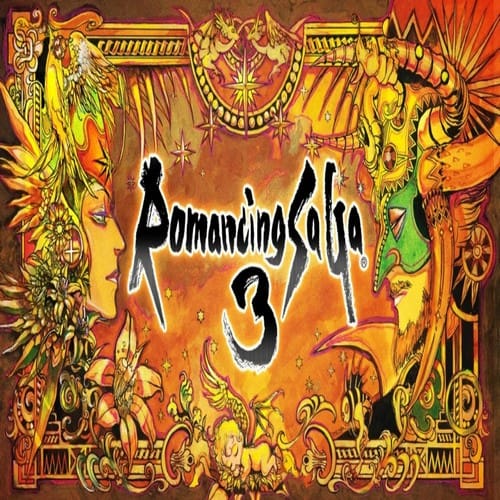