Well, Square Enix has done it again: releasing another one of their classic catalogue games, pumping it out in full HD and allowing us to enjoy and reminisce about the beloved characters, locations and moments that have made the SaGa series last over 25 years!

SaGa: Scarlet Grace: Ambitions is a role-playing video game telling the story of four unique characters: Urpina, Taria, Balmaint & Leonard. Almost as is becoming with most Square Enix titles, before starting your virtual journey, you are presented with a variable list of questions. Your answers determine which character is best suited to your personality. You can still choose whoever you want to play as, but this little incentive is a nice change of pace from the stereotypical character select screens.

You land in a world which was previously controlled by a discontinued Empire. This world’s religion stems from believing and praising ‘Star Gods’. One such God, the ‘Fire Bringer’ betrayed his purpose and was turned into a comet, returning every 150 years to summon monsters across the planet.
A large portion of your playtime will be made by completing quests via the world map. Like most RPG games, the quests range in the genre (Main and Side missions) and their difficulty. 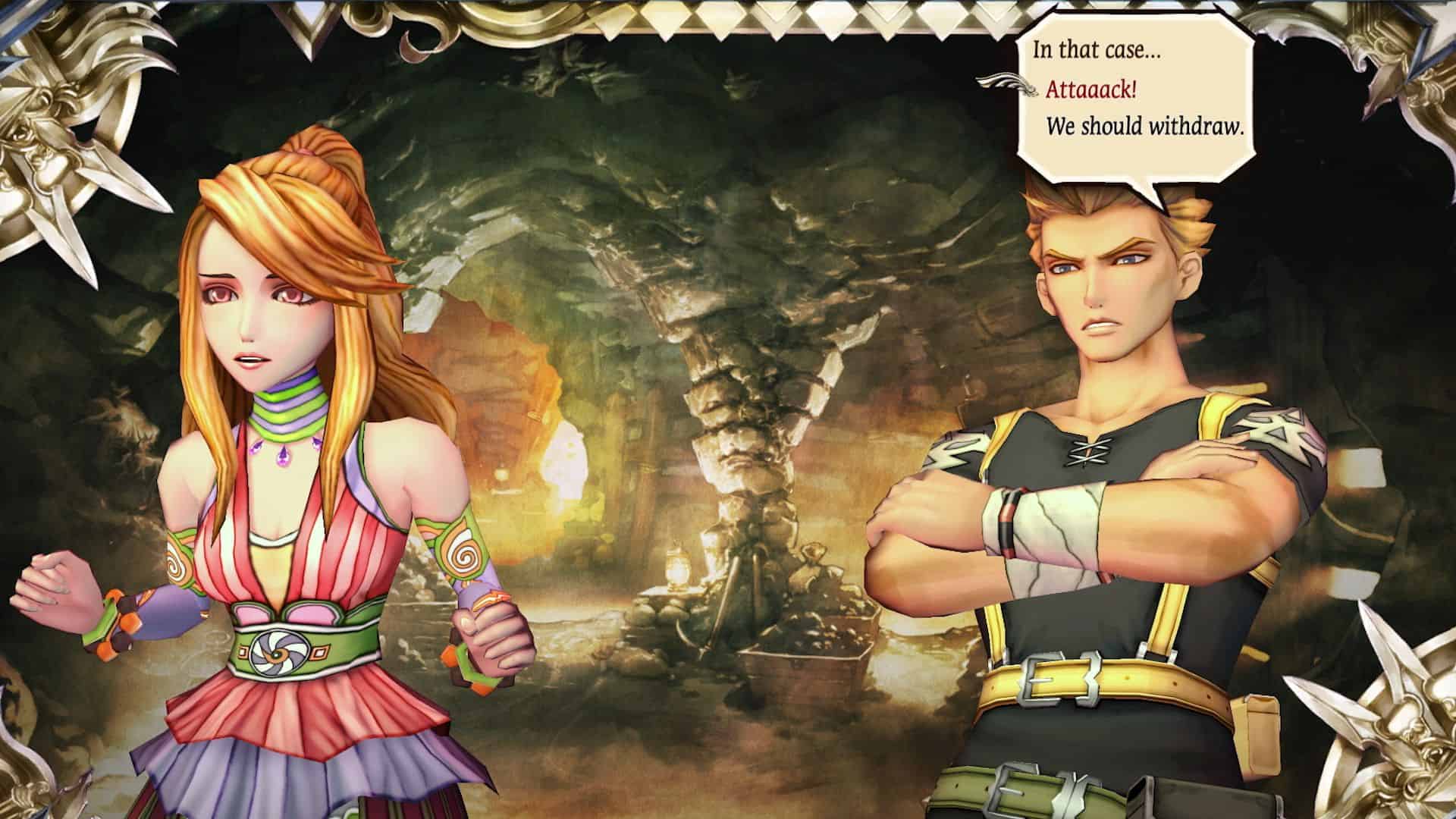 The battle system in this game does take some getting used to, arguably more so than other RPGs. At the beginning of each battle, the player is granted ‘stars’, which are the equivalent of say mana or CP/MP, for the FF players out there. The higher the skill, the more stars it requires to use in battle. Most battles do play out accordingly, with you given the choice of opting up to 5 additional combatants on your team.

Losing your HP in battle means that the defeated character will be out of actions for a few upcoming fight/fights, as recovery time varies. Defeating enemies rewards you with a variety of items, mainly quest related. However, certain materials can be traded in at a Blacksmith to produce character-based upgrades.

Given that it’s Square Enix, the cut-scenes are absolutely breathtaking in this title, with the in-game battle animations coming up as a close second! The worlds are beautifully designed, as well as the character appearances, including NPCs. 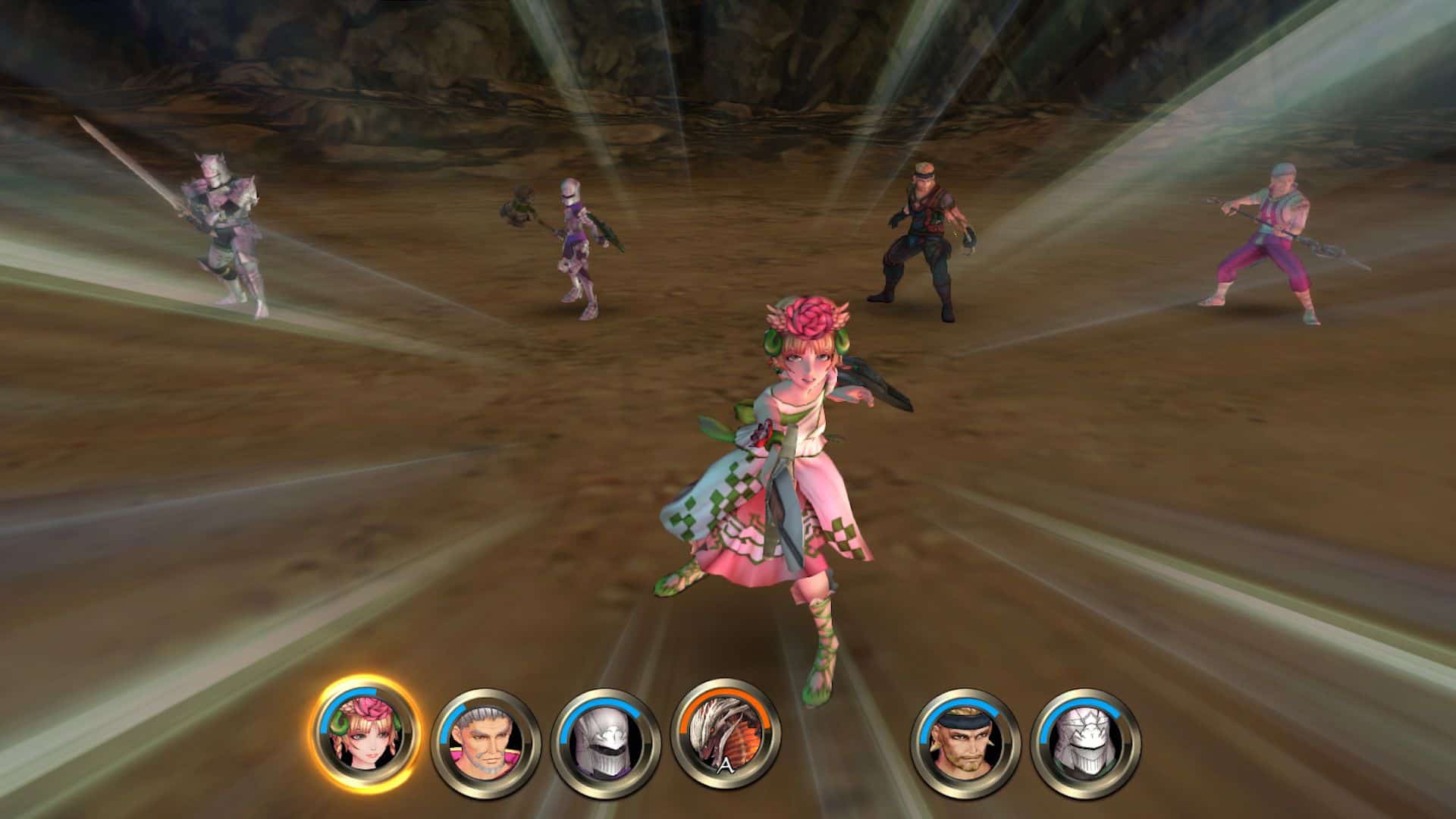 However, there is a lot of ‘overlapping’ here that sort of takes away from the overall game. Dialogue scenes are played out with still images of said characters in conversation, which change in pose/reaction due to the context of the conversation being held. Not sure if it was a ‘not enough space on the disk’ kind of decision making here, but considering that the characters are 3D rendered, I would have liked to have seen them play out the dialogue.

The world map really takes you back to the nostalgic era of gaming. It reminds me of the classic FF games, whereby your 3D character would travel across the 2D land! Fun, simple and effective!

The original composer of the SaGa series, Kenji Ito, returns once more to provide his favourable audible perspective on the upcoming story-line, all of which perfectly compliment the in-game event. Additionally, what shouldn’t be left unreviewed is the fact that this release comes with full English voice acting.

SaGa: Scarlet Grace: Ambitions is a great new addition to this long-lasting franchise. If you have played the original Scarlet Grace, then I thoroughly recommend this new port for it’s expanded story-line, new characters and English voice acting! 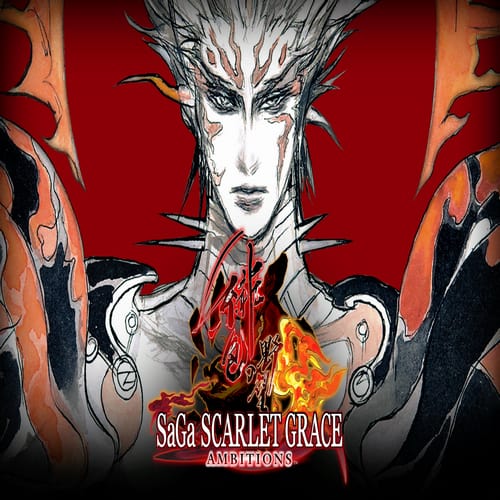 In this renowned RPG, follow the journey of four unique heroes as they call on their might and set out to carve a new future. Your decisions affect the development of your story.