Originally released in 2013, for PlayStation 3 and Xbox 360, Saints Row IV is now available on Nintendo Switch to wreak havoc either at home or on the go, and includes all previously released DLC. Published by Deep Silver and developed by Volition, the Saints Row series was at first seen as a GTA clone, but has since found its own unique identity, setting itself apart from other games in the genre. Saints Row has gone through some big changes since the original game exclusive to Xbox, going from taking down rival gangs and evil corporations to fighting off extra-terrestrial threats.

Set about 5 years after the events of Saints Row: The Third, players once again take control of ‘The Boss’ and will be able to customise them to their liking after the prologue. The Boss has been elected President of the United States and while preparing for a press conference, is informed of a possible alien invasion. Immediately after being told, the aliens, led by the warlord, Zinyak, charge into the White House, kidnapping The Boss and the entire cabinet. The Boss then mysteriously wakes up in a simulated 1950s sitcom, but eventually breaks free with the help of Kinzie and joins her and Keith in a Zin ship they stole. From there, The Boss is able to be transported to a simulated version of Steelport where the vast majority of the missions take place. Johnny Gat, who was seemingly killed in the previous game, is revealed to be alive but trapped in the virtual world. 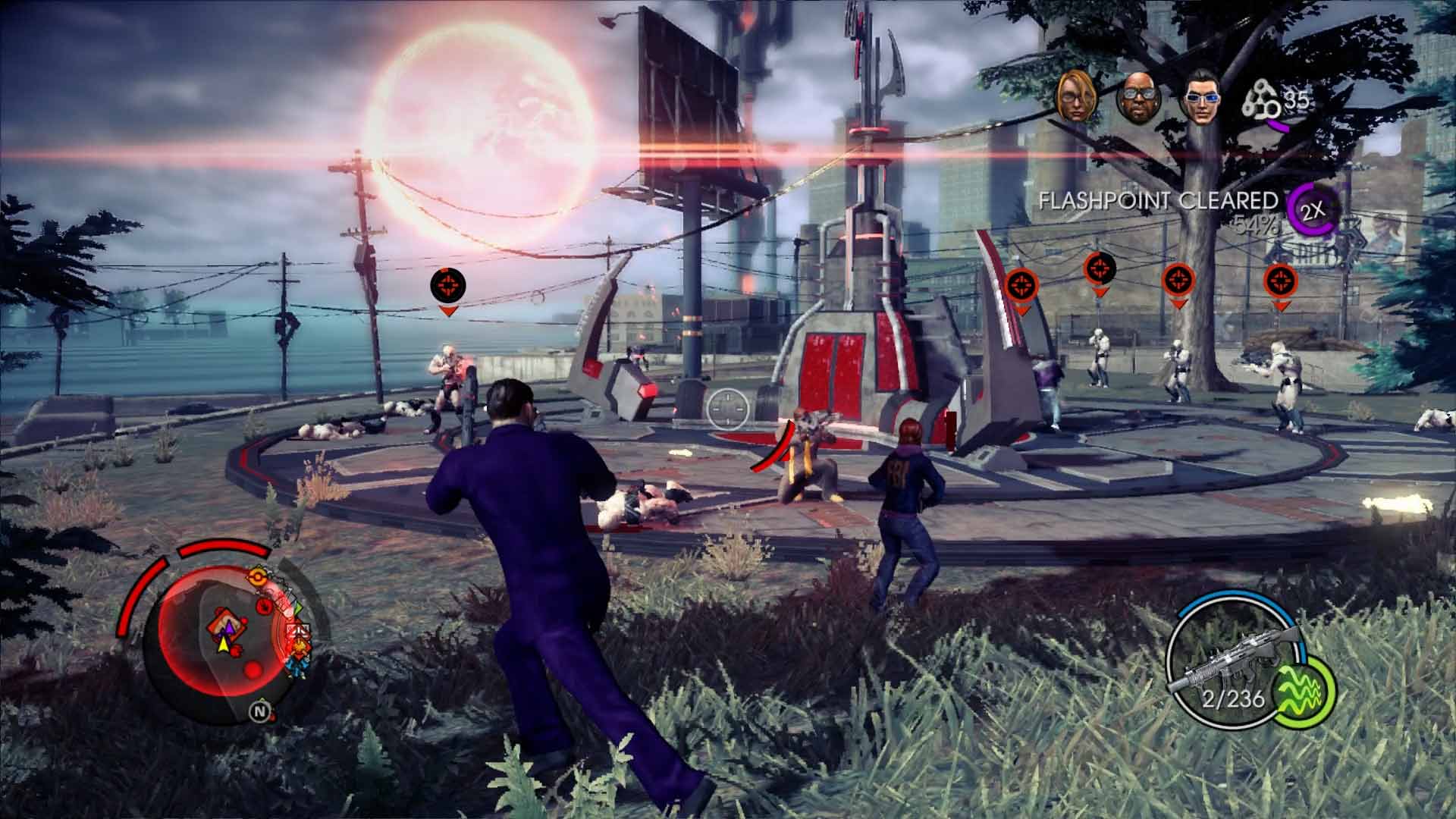 After the initial prologue, players will be able to customise The Boss to almost anything they like; from gender, hairstyles, physique, taunts and voices which even includes Nolan North as an option. Clothing, accessories and tattoos can also be purchased with in-game currency at various shops, throughout Steelport. At the beginning, the game will feel very much like the GTA series by being able to freely roam around the city, killing civilians, stealing vehicles and attracting police attention. But the game quickly stands out on its own with its outrageous humour, whacky gameplay and abilities in gaining super powers such super speed, super strength, flight and more which is a new addition to the series. This offers players a variety of ways to play the game and accomplish their missions. Various guns, weapons, some questionable weapons and vehicles can be acquired throughout the game.

Along with the main missions, side missions are also available and have a ton of variety from races, fighting off a zombie invasion, tank wars and more just bluntly outrageous missions, that really sets itself apart from the previous Saints Row games and similar titles. My only flaw with the gameplay is the shoot mechanics still feel a little bit lacking in overall control.

The graphics look and feel just the same as the PlayStation 3 and Xbox 360 versions and retains its slightly more cartoonish look, which seems to suit the game really well. In handheld mode, the game looks fine and being able to play it on the go is a huge plus. However, playing in docked mode, the game really does show its age while other big games on the Switch have managed to look crisper and clearer. While graphically it may not look the best on a big TV, it doesn’t take away from the pure fun this game has to offer. The out of this world gameplay and characters new and old is the biggest appeal of the Saints Row series. 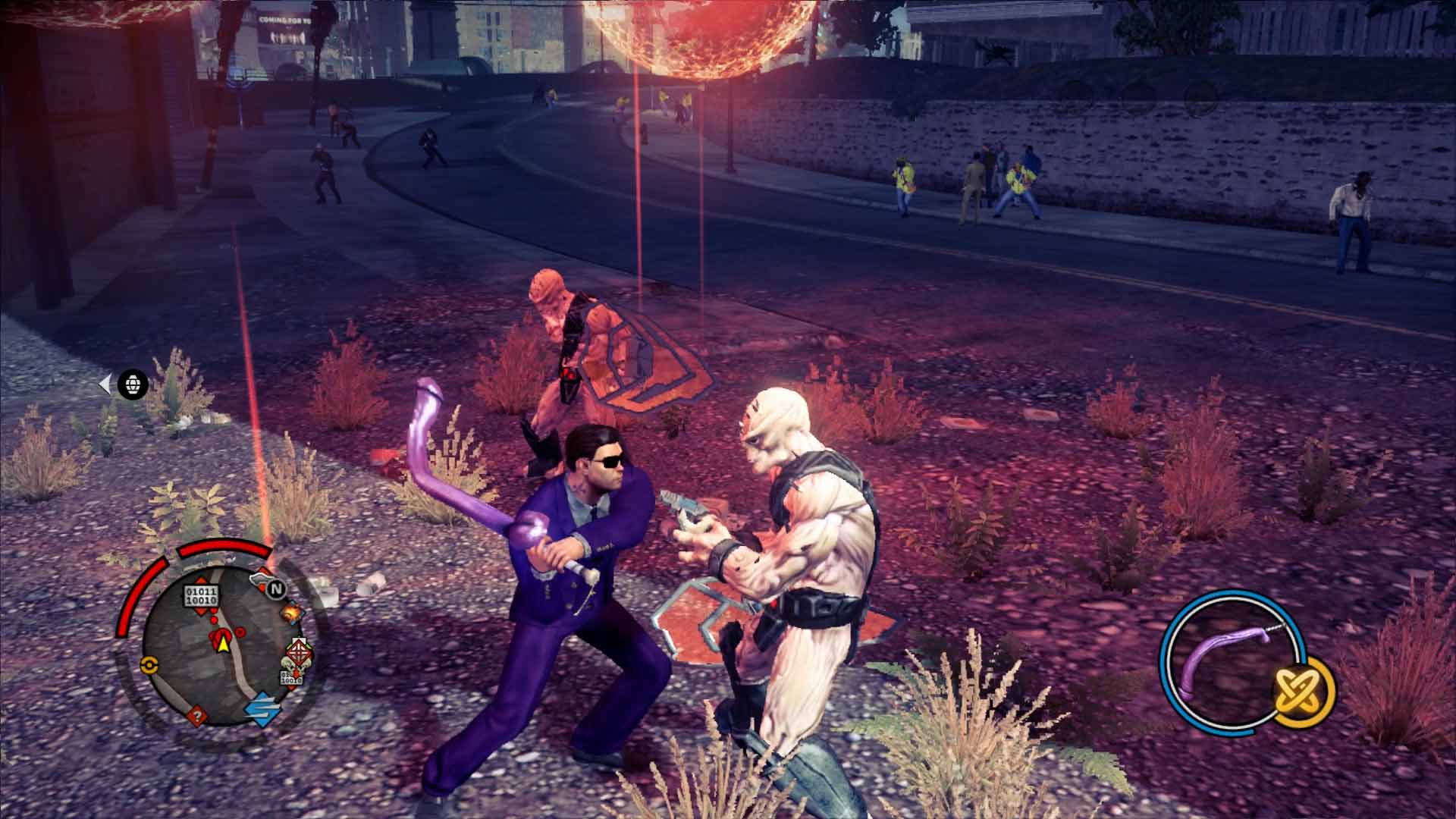 A wide variety of licensed music of just about every genre is available, mainly while in vehicles and picking a favourite radio station or even making your own playlist of your favourite songs. The very first well-known song players will hear is “I Don’t Want to Miss a Thing” by Aerosmith which plays during the prologue as The Boss is climbing a nuclear missile being launched into the sky, in an attempt to disarm it. This scene alone sets the tone and pace for the game and should get players excited to experience the rest of this crazy story.

Although Saints Row IV: Re-Elected may feel a bit outdated in parts, it makes up for it with its chaotic tone and outrageous humour, even making references to movies including ‘The Matrix’ and other games such as ‘Mass Effect’ and ‘Metal Gear Solid’. Being able to play at home or on the go with the Nintendo Switch should attract new fans and even bring back longtime fans to go back in and relive the mayhem of a Saints Row game. Being released on the Nintendo Switch, even 7 years after already being on PlayStation 3 and Xbox 360, shows that Volition are still fond of the series and have already announced a sequel to Saints Row IV. 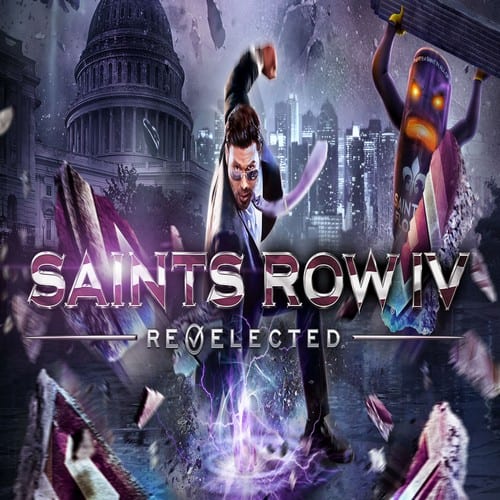