After an 11 year hiatus, SNK finally brings back its iconic, weapon-based, fighting franchise, Samurai Shodown (aka Samurai Spirits in Japan) released on the PlayStation 4 and Xbox One in 2019, and now available on Nintendo Switch in 2020. This latest entry is cited as a reboot to the series and is set between the events of the original Samurai Shodown released in 1993, and Samurai Shodown V released in 2003. Much like Street Fighter IV/V and King of Fighters XIV, Samurai Shodown is a 2D fighting game but uses 3D graphics.

The story takes place during the Tenmei Era of Japan, in year 1787. An evil spirit is looming the entire country and threatens to leave Japan in flames and ruins. This evil spirit is revealed to be Shizuka Gozen, the deceased and cursed spirit of a young woman, who also serves as the final boss in Story Mode. Warriors from all across Japan as well as beyond the ocean are brought together, motivated by their own needs and desires to investigate and vanquish the evil.

Back in the 90’s, what made Samurai Shodown stand out from other fighting games in the arcade, was its unique weapon-based gameplay. The latest Samurai Shodown sticks to what made it unique in the first place, but also adds new gameplay elements that will appeal to long-time fans as well as newcomers. Unlike other arcade style fighting games, Samurai Shodown isn’t as combo heavy, so players who are more familiar with games like Street Fighter and Mortal Kombat may have some difficulty adjusting to this unique style of a fighting game. Combos are still possible of course, but a lot of attacks can deal heavy damage if you are not careful, so every attack delivered and received really do matter.

For example, using light attack moves will deal less damage but are quick and fast to recover from so players can quickly block against an incoming attack from the opponent. Heavy moves will land much stronger hits, but will leave the player open for longer if it misses and giving the opponent a bigger opportunity to land their own moves and dealing extra damage. This forces players to think smart and strategise more instead of just diving in and rushing to finish their opponents. 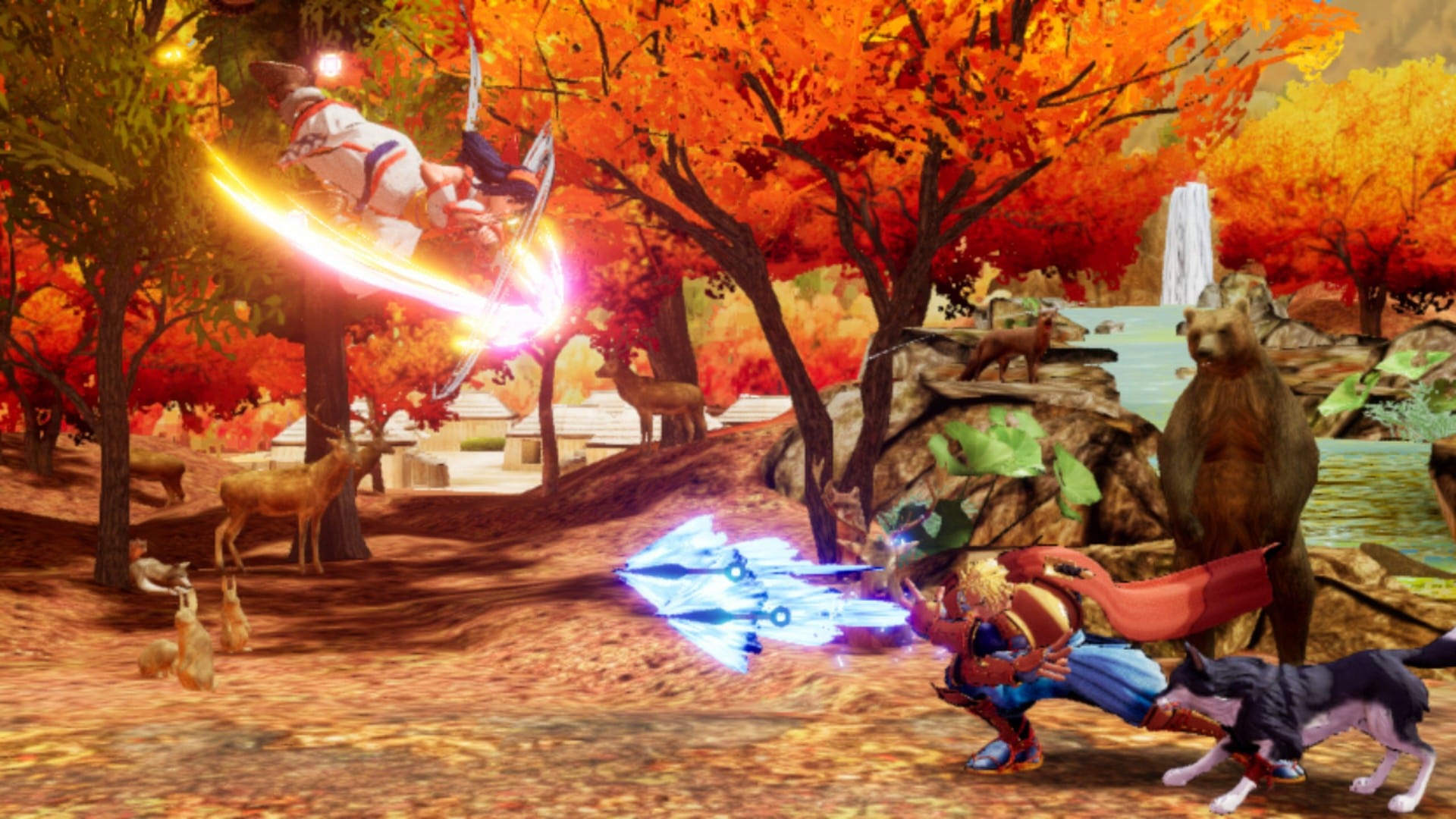 Every character also has their own special moves such as projectiles, aerial attacks, teleporting and more. While Special Moves alone may not do a huge amount of damage, they’re still very useful to keep opponents guessing and set up openings for even more devastating attacks. Every character can also disarm their opponents, leaving them at a major disadvantage. While disarmed, they can still fight empty handed and some special moves might be usable depending on the character, but it’s best to try pick up your weapon as soon as possible as your attacks and defence will be decreased. The Rage meter fills up by receiving or blocking attacks and gives players chances for big comebacks. Using a Rage Explosion will put the character in a Rage State and permanently consume the Rage meter for the rest of the match.

During the Rage State, the Rage meter will deplete but it’s during this short time your character can dish out attacks with extra damage increase and Lightning Blade is also available. Lightning Blade will finish off the Rage meter but if timed correctly, can land a devastating attack to the opponent taking off half their health bar. There is however an even more high damaging move called Super Special Move, which can deal about 80% damage. But just like the Rage state and Lightning Blade, the Super Special Move whether it connects or misses, can only be used once per the entire match, not in each round and won’t available again until the next match. So, it’s up to the player to find the best opportunities to utilise these moves. Every attack matters.

The overall presentation is very Japanese with its art style and music. The game is primarily set in Japan with mostly Japanese characters, but there are a few characters from other parts of Asia and across the globe, giving the game a more diverse feel. The bright and colourful graphics during gameplay are a little more on the cartoonish side but really suits the style and personality of Samurai Shodown. During a Lightning Blade move, the characters will appear in greyscale while the background will turn red. This is very nice homage to classic Samurai movies. The music with each stage suits them really well and are a mixture traditional Japanese, rock and classical music. 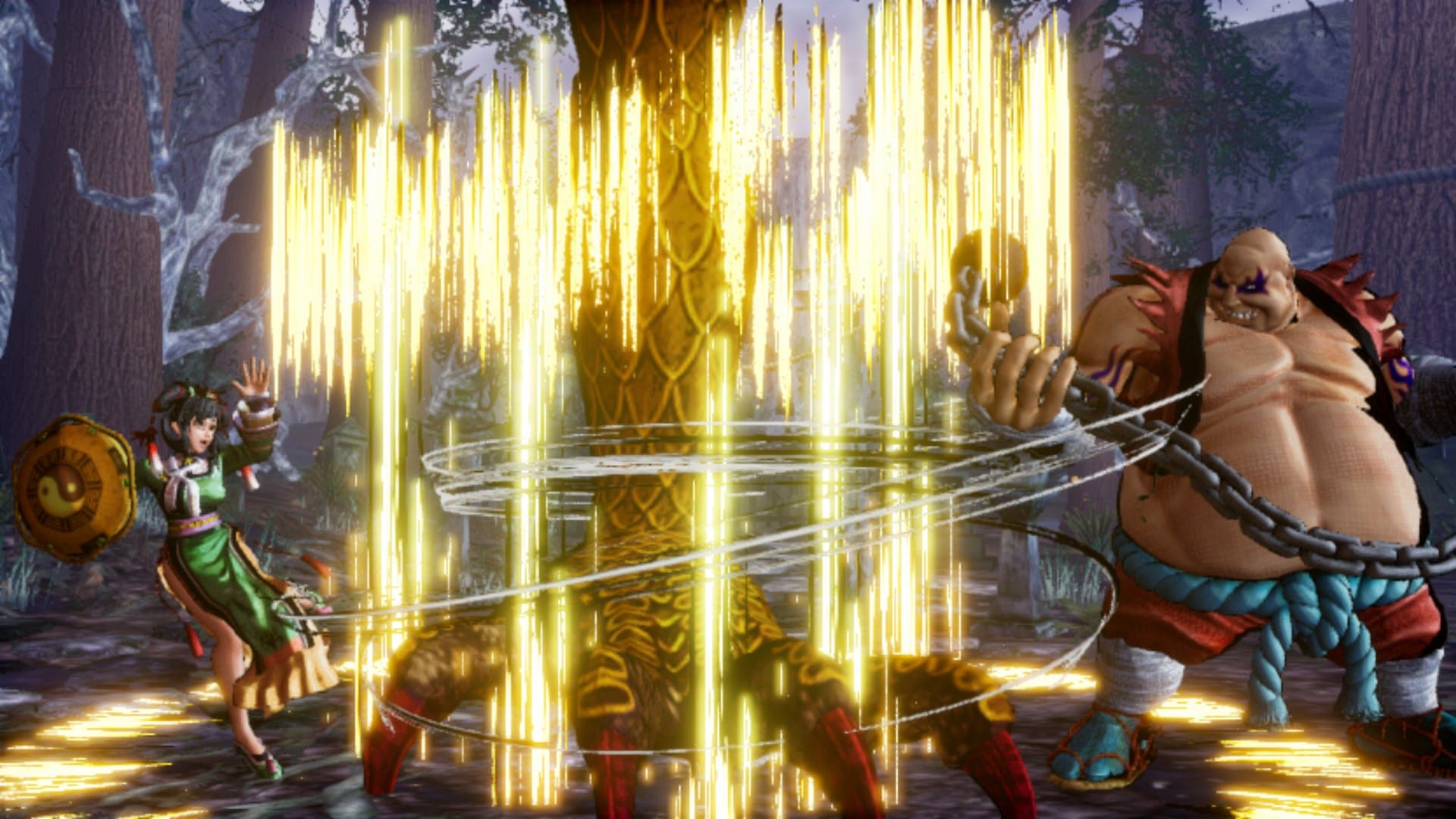 Comparing the Switch version to PlayStation 4 and Xbox One, there are noticeable differences in the graphics. The Switch version does have less lighting effect and less small details in the characters’ faces and clothing up close. Though this is only noticeable when having the Switch version side by side with one of the other two consoles. The gameplay however feels just as good on the Switch whether playing in docked or handheld mode. An arcade stick is always most recommended like any arcade fighting game for serious players, but playing the game with Joy Cons or a Pro Controller works just as well and can pull off the moves with ease with enough practice.

Samurai Shodown has a base roster 17 playable characters with more coming via DLC. 17 characters may not feel like a lot for a fighting (especially since SNK’s other big fighting game series, King of Fighters usually has a base roster of around 50) but each character play very different from one another and stand out on their own. Lots of returning favourites are back such as Haohmaru, Nakoruru and Genjuro as well as newcomers Darli Dagger, Wu-Ruixiang and Kurama. DLC characters new and old are currently still being brought in with 5 new characters available at the time of this writing with another 3 on their as part of the Season 2 pack. A Season 3 pack has yet to be announced, but with the game’s slow but growing success, fans may see more of their favourites return. Since the game was already available last year on other consoles, it would’ve been nice and made sense to include at least the Season 1 pack of DLC characters in the Switch version, instead having them locked behind a paywall. The DLC characters are not compulsory to enjoy the game but do add more variety, so it’s up to the individual player to decide if its worth buying or not.

The final boss in Story Mode (which is essentially Arcade Mode but tells each character’s story) is Shizuka and is a perfect example of how a fighting game boss character should be. At first sight she has a very intimidating presence, but in the first round she’s actually not too hard to beat. However, in the second round, the difficulty really picks up and she deals huge damage and is unfair to the player, which is why she’ll likely never be a playable character. Players will have to alter their strategy and adjust to fighting Shizuka as she can’t be fought against like the other characters. SNK are well known for their epic bosses in their fighting games and Shizuka in Samurai Shodown is no different. 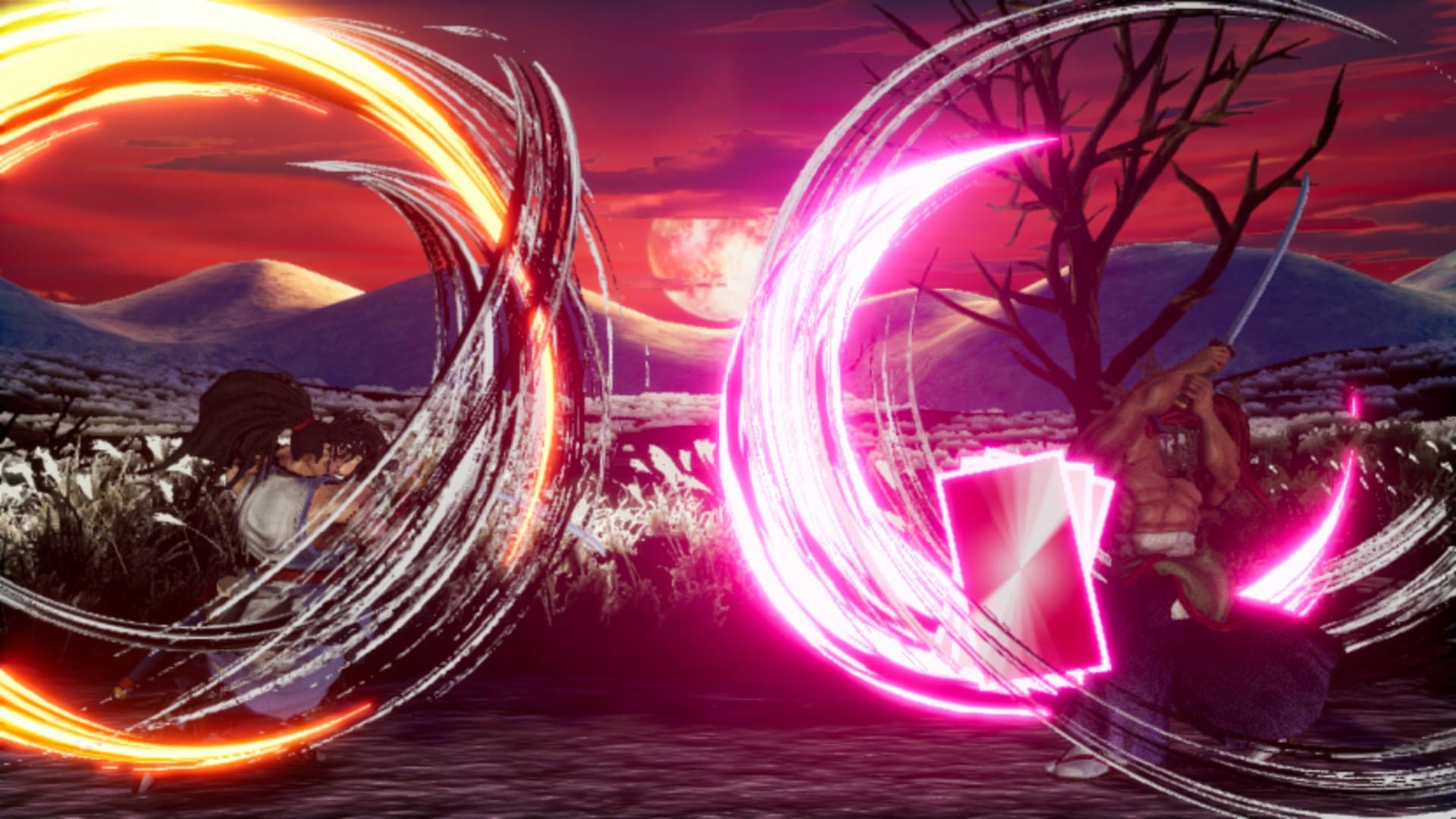 Story Mode itself isn’t as detailed like some other fighting games, but does tell each character’s story which is illustrated through traditional Japanese art. There are also the usual Time Attack, Survival and Practice modes for players to test or practice their skills. A detailed Tutorial mode is also available, which does a really good job explaining how the game’s unique mechanics work and doesn’t actually take too long and gets players ready and back in the game. The Gallery is a collection of all the cut-scenes and artwork players have unlocked, giving the game more replay value. The all important Online Mode is available for players to battle opponents close to home or from overseas.

From my own personal experience, the Online Mode has been hit or miss whether playing it on PlayStation 4 or Nintendo Switch. It’s difficult to properly rate it, because it also depends of the connection of the opponent and I’ve only been able to face players from overseas. Samurai Shodown is incredibly popular in Japan and some of Asia, but not as much in the West and so far, I haven’t been able to match up with an opponent online in Australia. That’s not to say Samurai Shodown is a bad game, it’s just not as popular as it should be. However it has been slowly gaining attention with the help of the Fighting Game Community, the main character Haohmaru recently being announced as a DLC guest character for Soul Calibur VI and the game being featured in major fighting game tournaments, with biggest one being EVO 2020 which brings in the best of the best players from around the world and these are some pretty big achievements for SNK’s franchise.

Samurai Shodown is truly a unique fighting game that stands out from the rest. Even with the lack of popularity outside of Japan, it still has a chance to find the success it had back in the 90’s, if SNK can keep the momentum going. Dedicated fans of the almost forgotten series will find plenty to enjoy and fighting game fans in general will be in for a new experience. Samurai Shodown is back and hopefully here to stay. 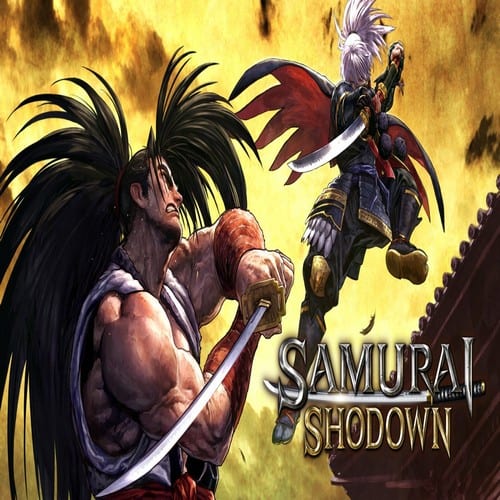 Published by: SNK
Developed by: ‎SNK

SAMURAI SHODOWN has enjoyed worldwide success as a blade-wielding fighting game series since its first release in 1993. 11 years have passed since the last series installment, and it is now time for SAMURAI SHODOWN to return in a brand-new game featuring high-end visuals and gameplay!