SD Gundam G Generation Cross Rays is a turn-based battle game published by Bandai Namco. If you have no history with this series, then you are not alone, but Gundam has been around for quite a while. In short, Gundam is a combination of toys and media from Japan that started in 1979. Gundam themselves are basically mecha that are controlled by a human pilot. Different movies, TV shows, manga and games all have different plots and stories, and SD Gundam G Generation Cross Rays is no different. This time, it’s about a group of young adults returning to Earth to spy on military forces.

The game feels a lot like a digital board game with the playable area being little more than a flat field with some fairly basic details such as roads or buildings. On occasion, you’ll also take part in ariel battles, represented with a blue screen and dotted with clouds. Character models are simple and elegant 3D representations of the Gundam, coloured in nice blues and reds, while the enemy are mostly greens, blacks and pinks. Initially, the graphics were a bit of a let down, but things really took a turn for the better when I was able to watch my Gundam attack an enemy, going back to the anime roots its based on.

During the story you had different types of animations play out, with some being more like an anime and other scenes represented by static characters, speech bubbles to show them talking to each other. You also get an option during the battle sequence to watch your Robots fight it out. While these are gorgeous, it was something I found myself wanting to skip due to how long they took to play out. I wasn’t able to find any settings that allowed me to turn this off, and the game would ask me each time, sometimes more than once in a single scene. 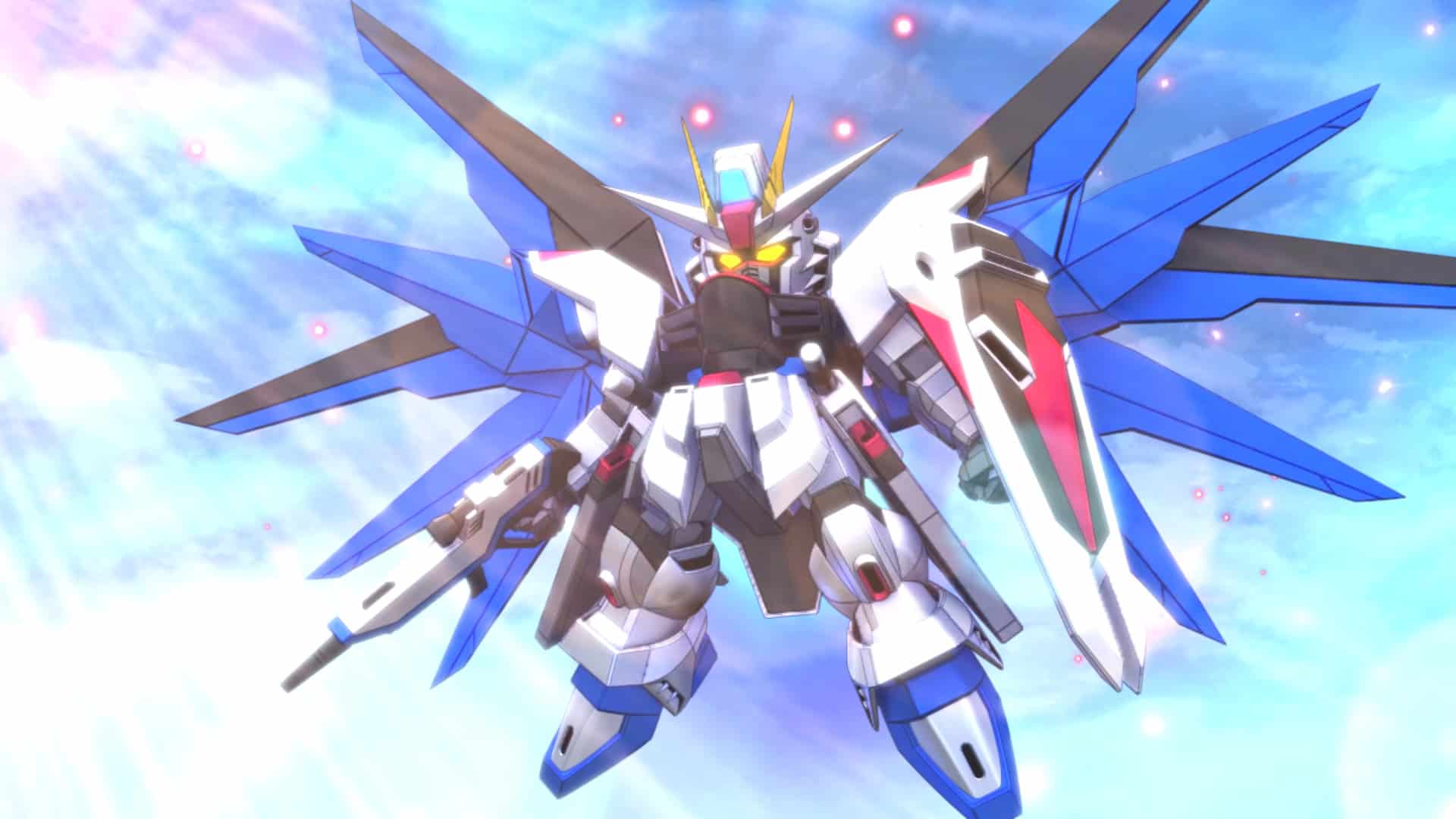 Again, much like a board game, your character has only so many moves it can make in a turn, with the map light up to show where you can and can’t place your Gundam. As I was playing with a controller, characters are selected by moving your control stick. A blue crystal marks the tile you have selected and due to its Japanese origins, you use the B button to select something and perform actions. In a manner similar to the combat style of Final Fantasy, you’ll have a list of things you can do when you’ve picked which Gundam will be used. You can also move your controller around the map, learning the stats of your own team as well as the enemy. It sounds like a simple concept, but it took quite a bit of getting used to, as the buttons don’t seem to perform the way we’ve come to expect.

Depending on your mission, you may have a team of Gundam robots or be left to fend for yourself. Either way, you can use your turn to move characters or attack providing an enemy is in range of your tiles. Different attacks have different effects on the enemy and vary in ranges, from close combat to long distance sniping. You’ll have to be aware of your own health, your team’s morale and the amount of EN, which is basically your energy – each attack has an energy cost the comes out of your EN. Run out and you can no longer attack. During the enemies turn you have 3 options available to you should they happen to attack. You can evade, defend or counter, with the latter costing EN points as you try to hit them back. Defend has a chance that you’ll take less damage, while evade makes it possible to dodge the attack completely. 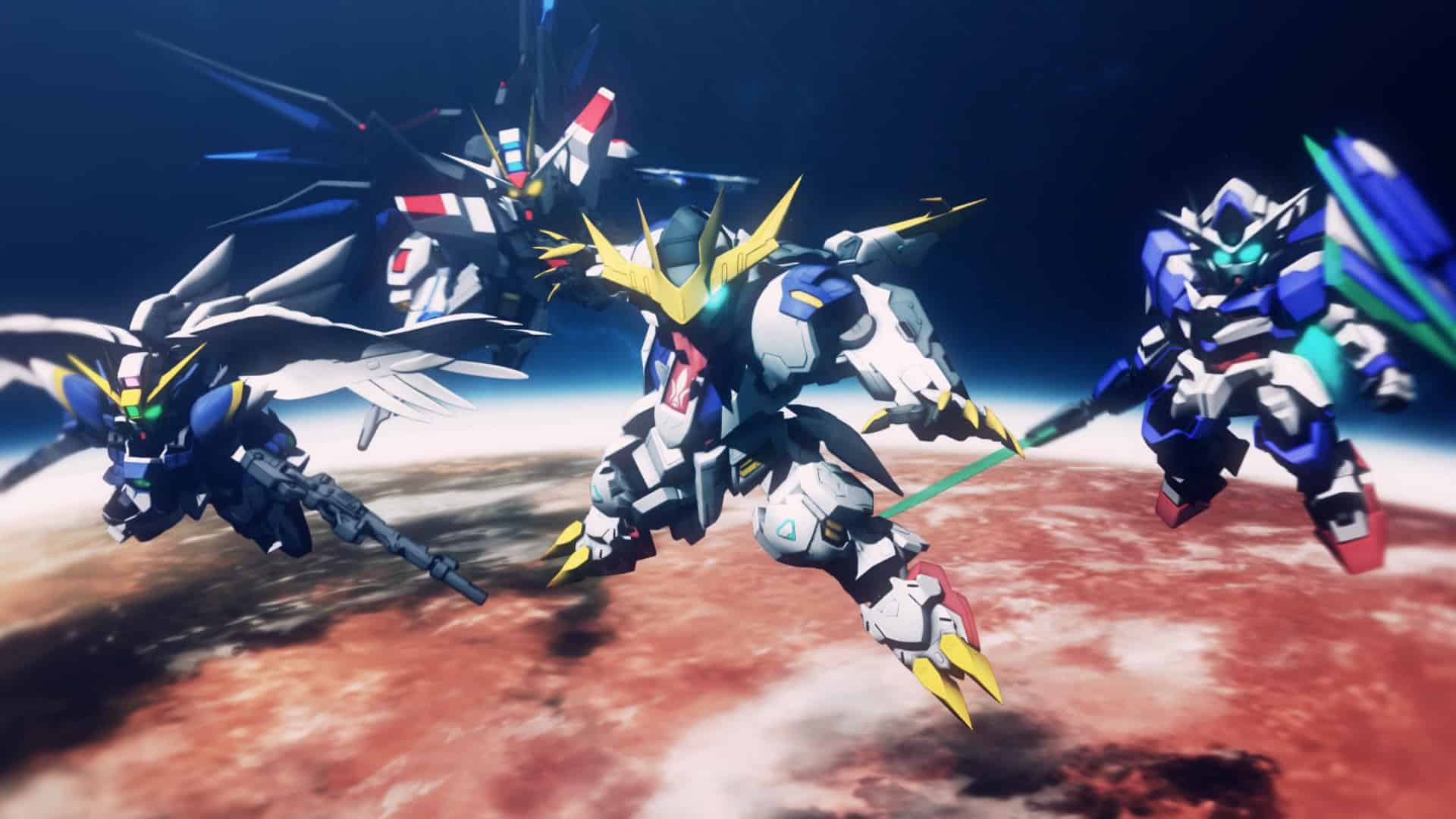 The Music of SD Gundam G Generation Cross Rays was quite enjoyable too, with a lot of it being borrowed from the anime. Music changed depending on who’s turn it was with most of it being intense techno rock with strong guitar riffs. I found myself listening in for the subtle change in music as the turn changed from high intensity techno to more rock themed. As beautiful as they were, I found myself basically skipping the story cut-scenes as the characters didn’t really appeal to me and the voice over was completely in Japanese with subtitles.

While gameplay in SD Gundam G Generation Cross Rays is fun and interesting, it is let down by very basic backdrops and a poor story arc. Since the story was never properly explained to begin with, I didn’t really care who anyone was or what they were fighting for. I still found myself wanting to level up my characters and get better at beating the enemy, but found it frustrating that I couldn’t skip battle sequences. While it was like watching an anime series, the fight scenes took far too long to complete and weren’t able to keep my attention.

SD Gundam G Generation Cross Rays is a double edged sword, with the enjoyable aspects pulled back by an equal number of less desirable qualities. Chances are, if you’re a fan of the anime or manga, you’ll really enjoy the game, but if you’re like me and don’t follow it, there is a very high possibility that you’ll be left confused. 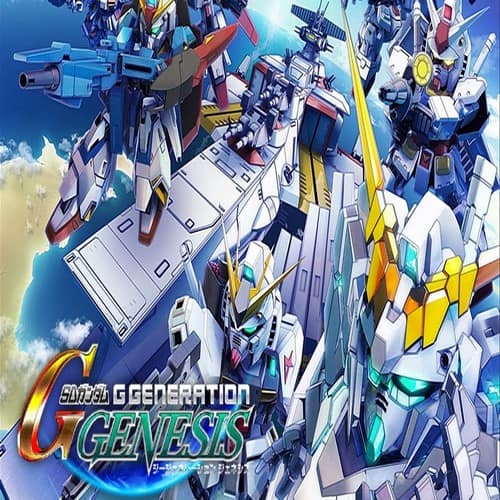 Beyond creation, four eras come together as one! Discover the latest entry in this iconic Tactical RPG series. Form your own team of SD Gundams and deploy for battle -- with units from Mobile Suit Gundam Wing, SEED, 00, and Iron-Blooded Orphans!