By StacefaceMayhem on July 9, 2019 on Reviews, 3 More
close [x]
Tweet
No Comments

Overwhelming sadness, guilt, grief and loneliness. The times we do experience these feelings, it does indeed feel as if you are drowning in an endless expanse of water. Games that highlight mental health may seem like the ‘in’ craze at the moment, but whose to say this is a bad thing? Any awareness is good awareness right? Sea of Solitude developed by Jo-Mei Games with EA is a mesmerizing game with soul and a lingering, unnerving chill I just couldn’t shake.

Waking up in complete darkness, you play as Kay, a mere (and literal) shadow creature of herself. Heading towards the one light left in this barren ocean, you find as you are lured to the glow like a desperate moth, that submerged below your boat loams an eerie, abandoned city. Guarding these ominous waters are fearsome creatures hiding their own secrets and clues to Kay’s past, making her journey to discover her true self again definitely a heart churning challenge, as they are itching to pull you beneath the surface with whispers of deceit. While, this game reminds me of another indie darling ‘Rime’, this game completely wears its heart on its shoulder. Not too much is implied, as amongst your loneliness you are bombarded with insults and self-doubt. It is all very up front and center and very literal. At times, the content can be slightly confronting especially to a child, but it is gritty and real, especially when the monsters can be in the form of your loved ones. This reviewer had no issues with this lack of subtleness, as these sorts of issues should feel like a punch in the face, too often tip toed around them like their counterparts.

Kay’s main gameplay relies on her platforming ability, flare gun and her boat. The tension is built from the multiple platforming moments as your heart pounds as you jump from point to point, landing in the water and swimming for your life before you are snatched by a beast below in quite an intense scene. The Flare gun is used like a directional map marker, but it was good to see it multi-functional such as a light to defeat the shadows in one memorable chapter. The boat is your means of transport, and while it can be a bit clunky to drive, it is a life saver as it is the only light source you have in the darkness, scaring off the dread beneath the surface. Kay is tasked with finding and unlocking the corruption left in this world via simplistic puzzles and with each light cleansed, she learns more about herself and the internal and physical demons that rule her. While this is a great insight into her character, it does become quite bland once you have done a few of them and does halter the action significantly. I did however enjoy scouring the terrain for the two types of collectibles.

Firstly, the messages in the bottles were my favorite, as they added titbits of information that added to the overall narrative. I found these at times made it more personal. The seagulls, while seemingly useless at the beginning, actually proved valuable as I realized that collecting them shows you a bird’s eye view of your path that you can control, as they fly away. The artwork is gorgeous, and just like it’s setting it has blocked color with a pastel watercolor feel. The artists geniusly contrasted a trifactor of shades with the orange glows from the safety of the buildings; to the blue/green hues of the treacherous waters; to finally the dark monochromatic nature of the stormy shadow life of Kay. Despite the chunks of cartoony color, the environments are detailed enough but not essential since it isn’t key to the story. To me the simplicity of the monsters, in fact scares me more. The instrumental music complements the game completely, setting an atmospheric and clinging mood.

Overall, Sea Of Solitude is a gripping tale that had me invested from the start to the end. A game that focuses on the narrative rather than the action, this is one title that despite its overly simplistic air to it, had me surprisingly reflecting on it long after the end credits had rolled. That’s all I want in a game, a lasting effect. 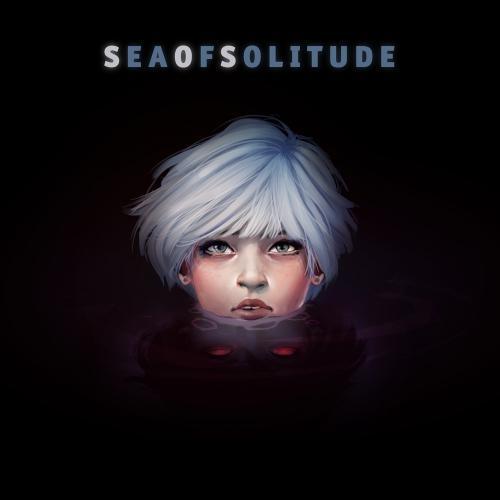 Sea of Solitude is an upcoming adventure video game developed by Jo-Mei Games and published by Electronic Arts. The player controls a young woman named Kay as she explores an abandoned, submerged city and its scaly red-eyed creatures in order to reveal why Kay herself has turned into a monster.