Way back in January of 2017, almost five years ago now, one of the first game reveals ever for the Nintendo Switch was none other than Shin Megami Tensei V, one of the longest-running franchises in history, and a spin-off series being just as successful known as Persona. Atlus studio, in collaboration with Nintendo, has squeezed in one last blockbuster for the year. This post-apocalyptic role-play game will take some dedication to say the least, but even as a newbie to the franchise, I was as excited as the veterans to finally get my hands on it.

Based in Modern-day Tokyo, or at least their version of it, a nameless and androgynous protagonist was minding their own business and waiting for the school day to run out. Rumours and hurried whispers littered the classroom about some random attacks and shadows lurking around in tunnels in the area. Surely nothing bad could happen this early on right? Well, they stumbled upon a crime scene where a body has been torn apart in the subway, and if that wasn’t bad enough, an earthquake hits and sends you into an alternate version of Tokyo named Da’At, which is the home of a war between angels and demons! Talk about a case of the Mondays, right?

While in the alternate Barron wastelands of Tokyo, a demon abruptly attacks and a being known as Proto-Fiend Aogami infuses himself with you, creating the forbidden form known as a Nahobino and saving your life. There was a lot to take in at the start but it never felt rushed. Having to balance story introductions, concepts, and mechanics to new players without boring the veterans certainly takes some careful planning. Without spoiling specifics, the grand overview of the Shin Megami Tensei V challenges the light and dark of religion in a Godless realm. Angels aren’t always the good guys and the same can be said for the demons always being portrayed as the bad guys. 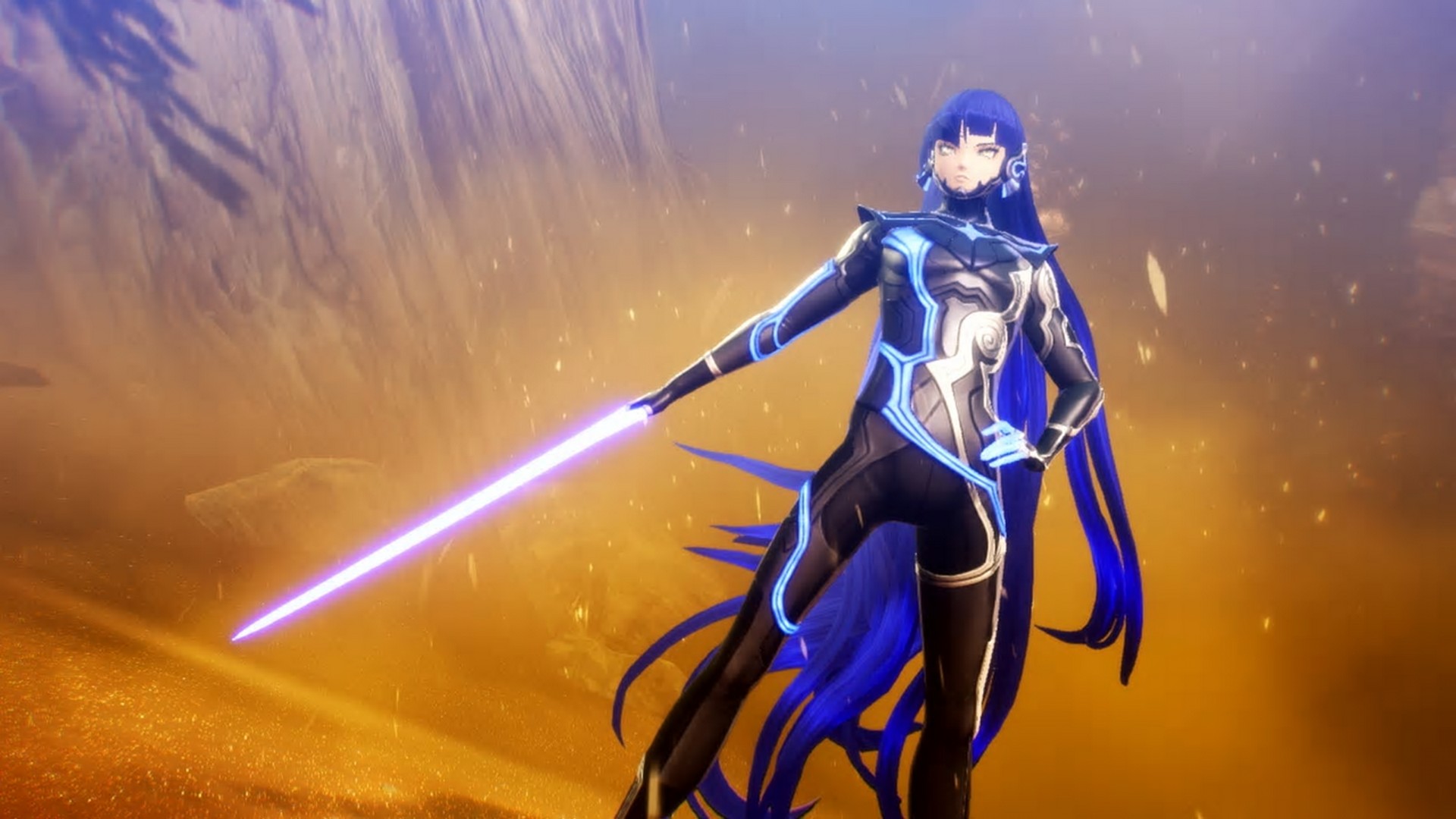 One of the biggest pulls to this franchise is how it draws you into its universe and gives a voice to even the smallest of characters. Recruiting demons is an integral component of the game, as it not only adds party members to your team for combat purposes, it opens up a deep and in-depth management system. During combat, you can choose to speak directly to them which opens up a text-based puzzle with multi-choice options to convince them to join you. I absolutely loved this mechanic as they all have their own temperament, quirky comebacks, and requests, and if that is successful, it adds them to your roster.

Once you have them on your side, you can take them to the World of Shadows to take their skills or affinities and mix and match your skill sets for any given section of the game. Considering there are 11 different types of damage and skills, creating a team of demons to cover all bases is critical to get through the punishing fights. For a generalised comparison, it is comparable to Pokémon in the way you level them up through combat experience or items found through the world. There is also an ability to fuse them, meaning you can evolve them, and with no shortage of demons insight, 214 in fact, and a limited capacity of demons you can keep, it is more than just encouraged, it’s a necessary step.

Once in battle, it will be a methodical turn-based system that favours those who invest in the underlying meta. During your turn, each character gets one chance to either attack, guard, or use an item. If you manage to exploit an enemy’s weakness, however, you gain a bonus action, but if you miss, you will lose one in turn. Megatsuhi also plays a factor during combat. This force will build gradually during a fight and can be used to power attacks but timing is crucial. While levelling up is necessary, the game guides you to a more natural progression through sub-quests and exploration as opposed to farming one low-level group for hours on end. Quite often, stocking up on the spyglass item will yield you the correct information and help build your team so that you can topple a difficult boss or enemy, even if you feel under levelled for that fight. 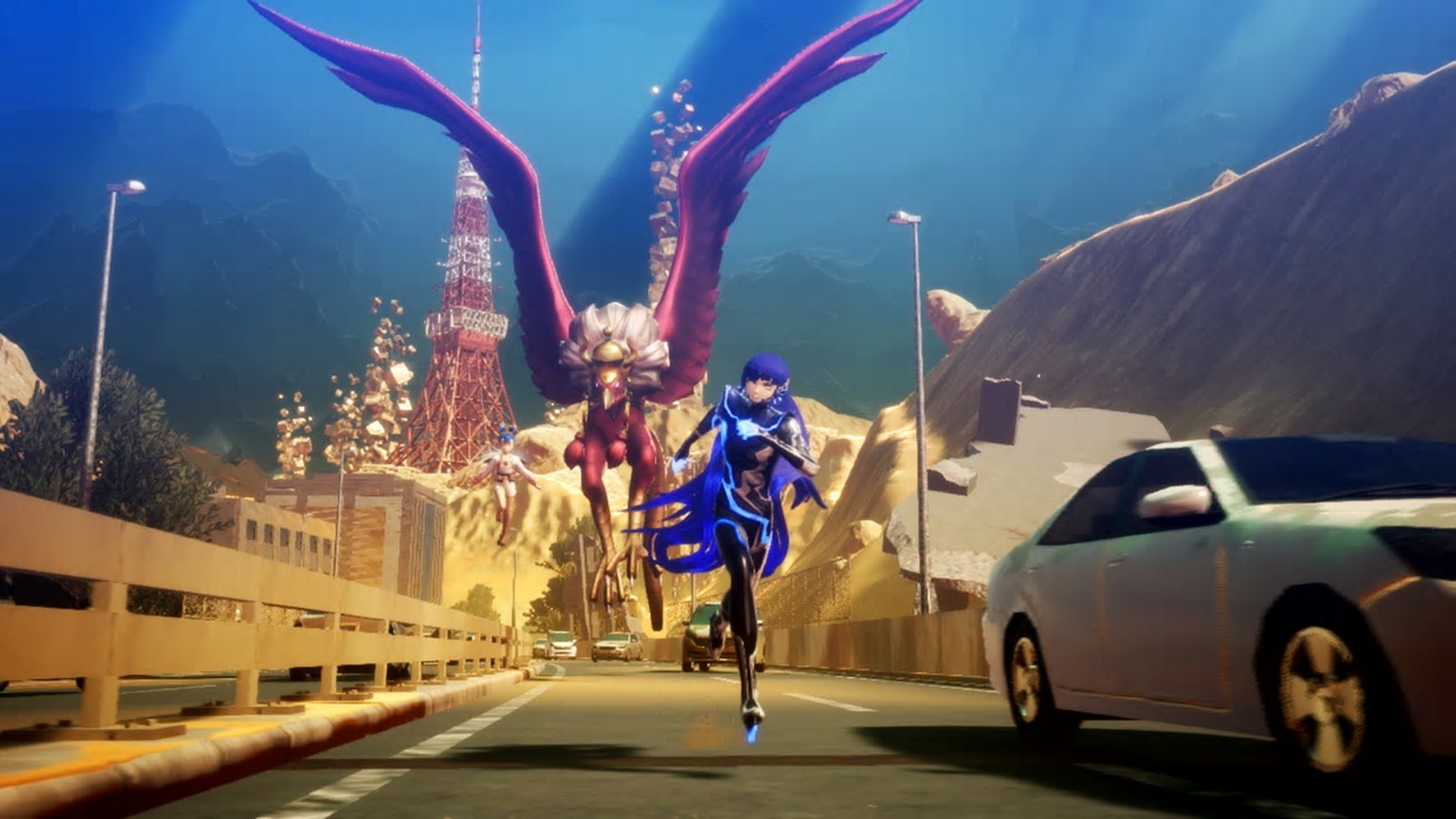 There is a lot of character in the art style of Shin Megami Tensei V, but being a Nintendo exclusive, there were certain to be limitations. This was the first of the series to use the Unreal Engine and it seemed to be a smart choice, as its cinematic and character designs were a highlight of the experience. In the modern portions of the game, the cities were clean and yet still lived in with a relaxing melody, however, in the alternate version of Tokyo, the starting areas have vast and daunting desserts that cover Tokoyo, with sand shimmering in the distance from the scorching sun.

Eerie and Ominous soundtracks were used to keep the player feeling like they were in a foreign and invasive world. The battle harmony stayed the same throughout, which was a little disappointing but scaled with the larger set pieces, so overall it was a balanced offering. What I enjoyed most about the characters was that they were never horrifying enough to make you feel uncomfortable, which was an impressive feat, especially when they sport a twisted and diabolical smile that felt more cartoonish, even with the well-rendered design.

Shin Megami Tensei V is one of the deepest and most complex games of the current generation and will consume your free time. A little dramatic, I know, but the meat of the experience is the addictive demon management and combat, and the gravy is the thought-provoking religious concepts. There are literally hundreds of hours at hand depending on your goals, and with multiple difficulties including a free update soon for a passive mode, it can be as challenging as you want it to be. Even if this is your first time playing this series like myself, this game should be a must-have exclusive for any Nintendo Switch owner. 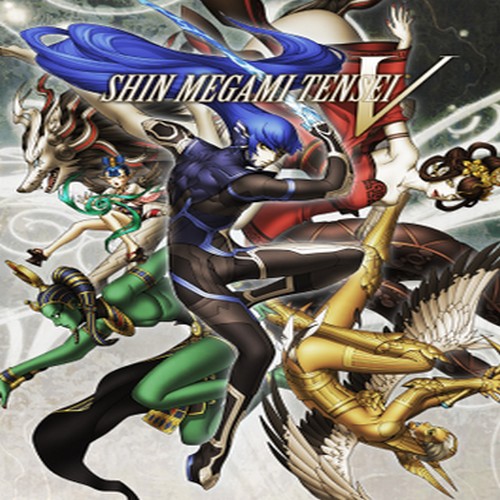 Published by: Sega
Developed by: Atlus

When a grisly murder scene in modern-day Tokyo blocks our protagonist's walk home, an unplanned detour leaves him buried and unconscious.