The Skullcandy Indy ANC True Wireless are well-built in-ear headphones with great noise isolation. The buds have a gel border which makes fitting in ears a great fit, and after hours of listening to music with them, I did not experience the usual irritations. The sound quality and the active noise cancellation both work hand and hand, and I felt there was more bass output than other wireless buds that I have used in the past.

I was using them in a noisy warehouse environment and it drowned out a lot of noise that was not in my direct proximity, though I would advise against using them if machinery is being used within the area. The carry case also works as a charger and it is a nice size, so it is not easy to lose, but at the same time, it’ll still fit into small pockets, but should you happen to misplace them, the case features a handy Tile, so you’ll know exactly where they are.

There is a light that is used to indicate how much charge the case has in it, while a nice pleasant voice will inform you via the earbuds when the battery is running low instead of just beeping or shutting off with no heads up. You’ll probably find you won’t hear this too often, as the Skullcandy Indy ANC features up to 32 hours total battery life, and placing the earbuds in the case for 10 minutes will have you going for another 2 hours. 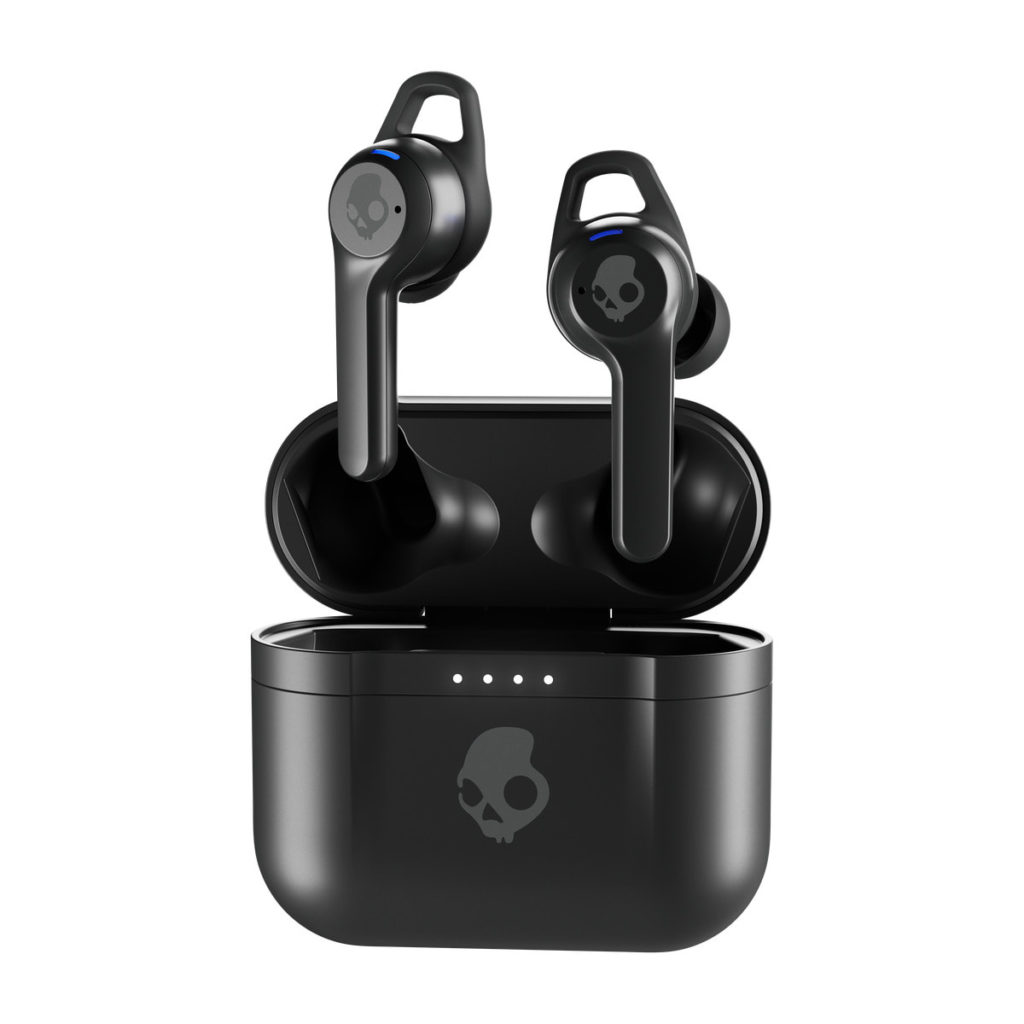 Connecting the Skullcandy Indy ANC via Bluetooth is easy and effortless, with no extra hoops to jump through. As you play around with the settings, the earbuds use the same voice to inform you that the connection has been made, and if Ambient Noise Cancellation is on or off, which can be done by touching either earbud once and then quickly tapping it twice to turn the feature off. As both earbuds can be used for controls, it’s worth noting that they also support solo bud usage. Using the Skullcandy Indy ANC for phone calls was good for blocking out background noise as it came through nice and clear, however, the microphone did have some feedback issues while trying to separate my voice from ambient noise, so I had to repeat myself often while on calls.

When you first crack the package open, the carry case and earbuds are nicely displayed, while the instruction manual, extra gel fittings ranging from small to large, and a USB cable for charging are carefully packed away. The charging cable could’ve been longer, but regardless it gets the job done regardless of length.

As a person who uses headphones a lot during the week, I can not see any faults in Skullcandy Indy ANC when it comes to listening, as they have a great fit in the ear, the output is fantastic. Even with ANC off, there is no dip in any output. I would strongly encourage anyone who travels via train or bus, and when the world eventually opens back up to international travel, they are a traveler’s best friend.