Published and developed by Proletariat, Spellbreak is an online Battle Royale style game that stands out from the rest by being set in a medieval fantasy world, trading guns and grenades for magic and spells. It’s a very pleasant change from the usual run and gun games that we are now very used to.

The game begins with a helpful tutorial explaining the game’s mechanics and helps players prepare for the online battles to come. Players will then be able to create their own character and choose one of six classes to be their primary magic type. The classes are based on elements which include Fire, Ice, Wind, Stone, Lightning and Toxic. Each player will come equipped with a gauntlet permanently attached to them which can perform both primary and secondary attacks.

During matches, a second gauntlet of any class can be picked up and used on its own or even combined with the powers of the primary gauntlet and perform devastating magical attacks. For example, Wind with Fire can create a flaming tornado, while Lighting with Ice will create an electrified field of ice. 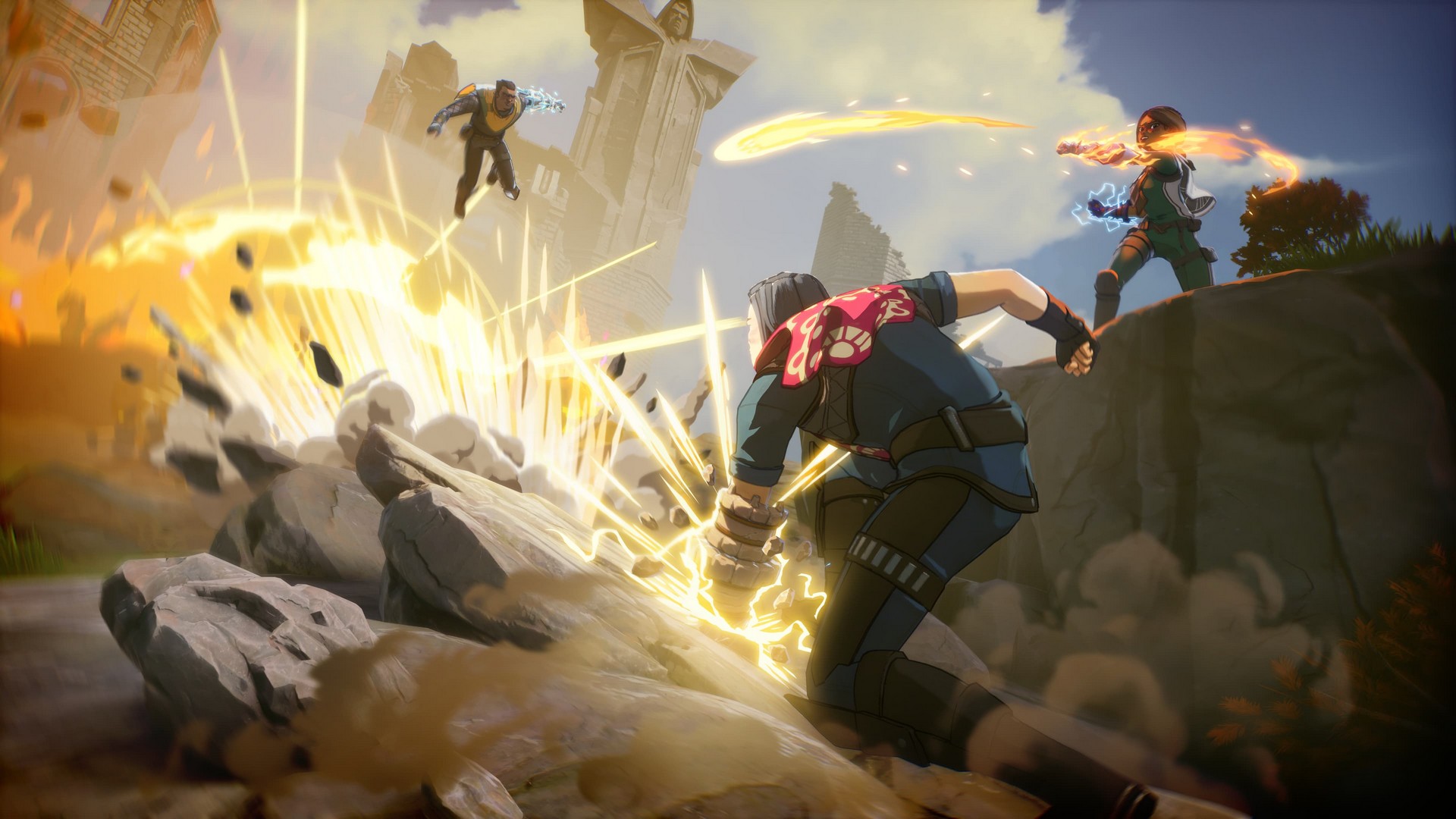 The elements can also be used to counter other elements, such using Ice to extunguish an area set on fire, which will come in very handy when you’re surrounded by it. Other magic abilities, such as flying or levitating for short periods, as well as quick dashes can also be performed by all characters.

The controls feel very responsive, smooth and easy to get the hang of, especially during the heat of battle. The matchmaking system works really well, and I was able to get into a few matches, though so far in my personal experiences there haven’t been many opponents to battle against, and I often found myself wandering the map collecting items until I crossed paths with another player from the opposite team. Since this is a newly released game, hopefully the player numbers will build up overtime.

The maps are quite large, especially with only a few players in the match, but the actual play area does become smaller as the match goes on which helps bring all the remaining players closer together. Players can check the map anytime and see the circle representing the play area becoming smaller and see which direction they need to head. Anyone stuck outside the play area will lose their health over time, eventually killing them and taking them out of the match. This sense of urgency adds to the fun and intensity of the game. 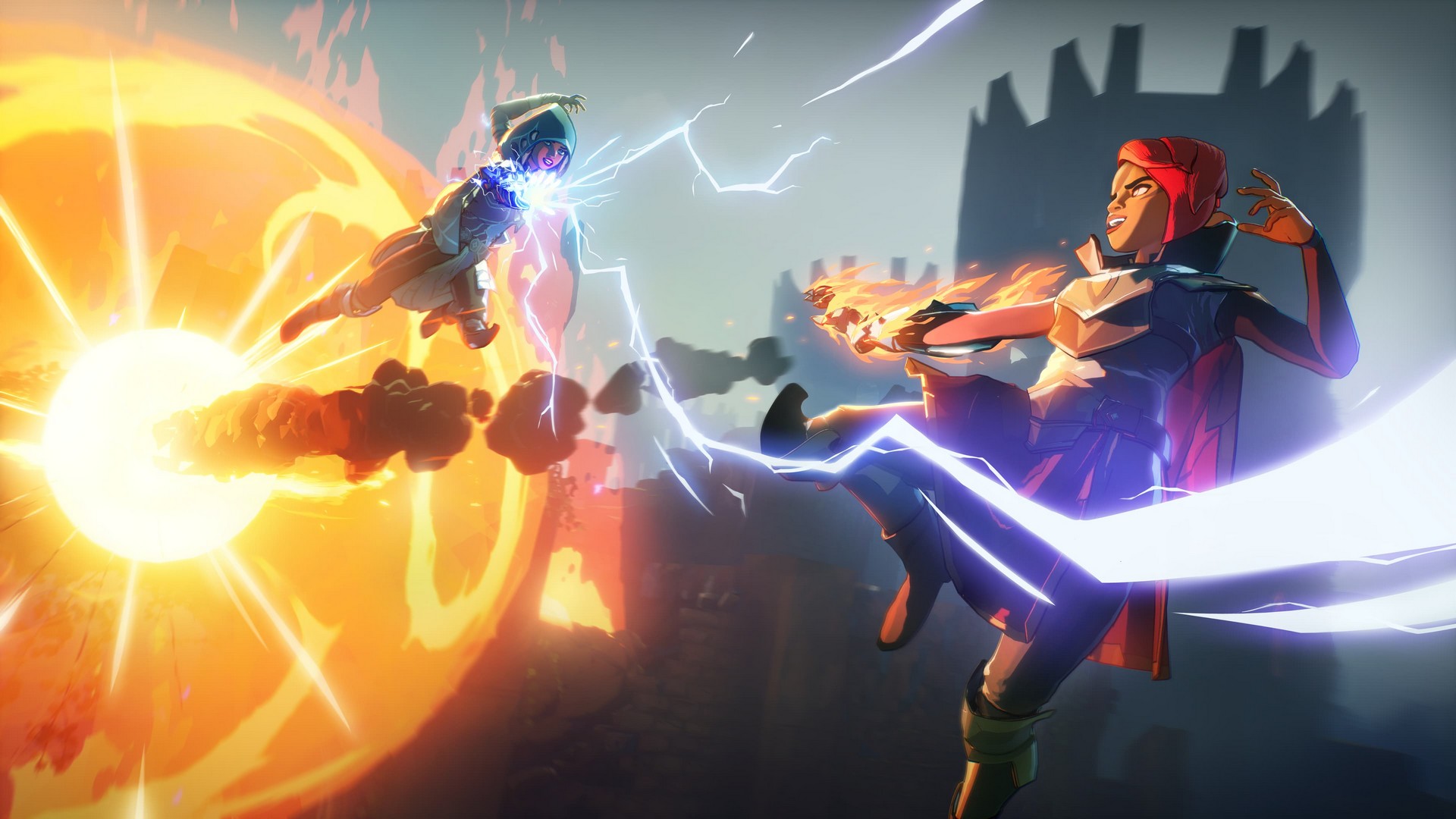 Customisation options such as outfits, emotes and the trail pattern while flying can be unlocked as the player progresses through the game, however the outfits feel very limited as players will only be able to select whole costumes rather and pick and choose from separate parts of the outfit. Though the outfits available do look really good, there are those who would prefer to customise and personalise their characters to make them unique and stand out from the others.

The cel-shaded graphics definitely helps to make the game pop, with the characters, their outfits and the environments all looking bright and colourful. This also really compliments the game’s animation with the wide variety of different magic abilities being performed on screen. It has a similar feel to The Legend of Zelda: Breath of the Wild, but has its own style and personality.

Although it can be seen as another Battle Royale game, Spellbreak stands out from the rest by bringing the genre to a fantasy world. If the player numbers can build up, there will be many epic battles ahead and it will create a magical experience for dedicated players. 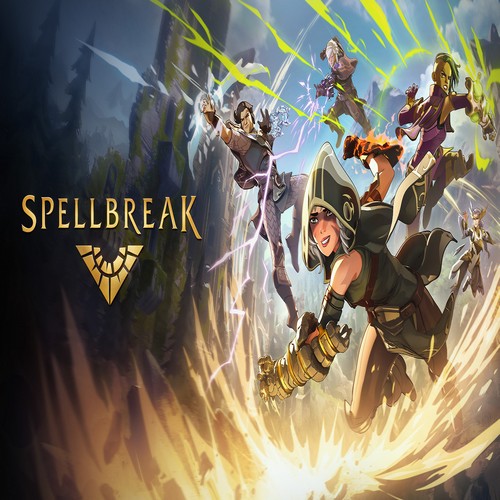 Spellbreak is a multiplayer action-spellcasting game where you unleash your inner battlemage. Master elemental magic to fit your playstyle and cast powerful spell combinations to dominate other players across the Hollow Lands.