Nostalgia hits hard with the starting cinematic to SpongeBob SquarePants, regressing to a younger version of myself and eager to nut it out and save the day with our hero of heroes, SpongeBob. Starting out in SpongeBob’s house, we have to find a way to defeat the rampaging robots across all of Bikini Bottom. The tutorial inside the pineapple under the sea gets you set for things to come. Learning jumps, bubble moves and interaction in the game is simple and easy for people of all ages to understand.

Controls are kept very basic, perfect for the young ones to really enjoy the story unfolding before them. If you do play with an inverted vertical look, I found that every time you changed characters it would revert to default until you went back into settings, which was a little frustrating. Hints provided by wooden signs all over make life a lot easier if you ever forget anything. 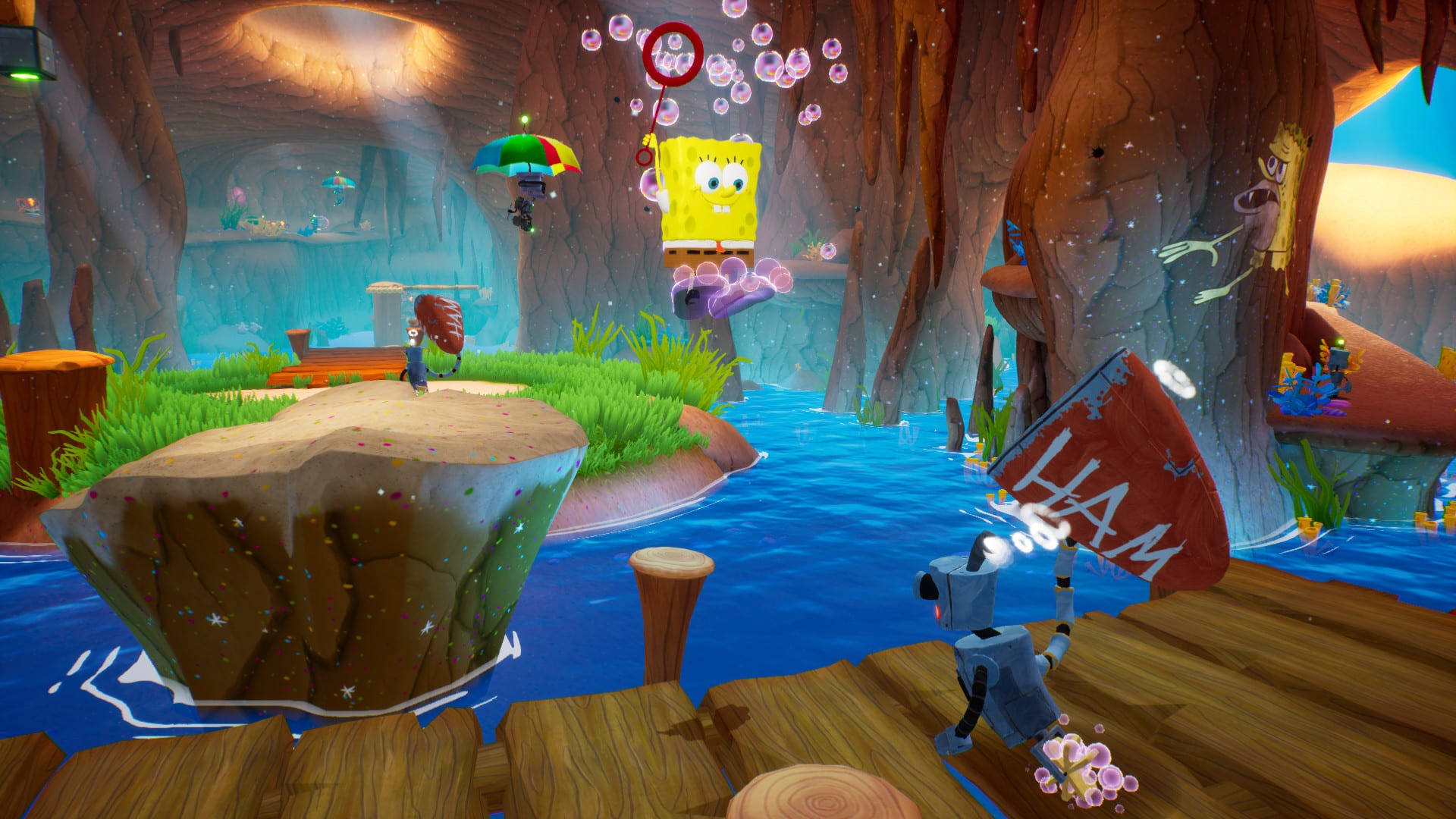 Puzzles abound to collect shiny objects, Patrick’s socks and of course, the fabled golden spatulas. You’ll want to be sure to speak to every one you come across and try the challenges they offer to get your items. Make use of the right joystick and move the camera around to discover pathways and items hidden in each area. Collecting pairs of SpongeBob’s undies, I found, was a hilarious way for the life system to run and are in abundance, being very easy to find along the way. Moving further into the game, we get to start and play as other memorable characters like my spirit animal, Patrick. With different abilities to SpongeBob, changing characters is a must as some things just can’t be done by trusty SpongeBob.

The ease of play in this is one thing that’s got me hooked on finishing it. While at times things can be somewhat challenging, for the most part it’s a joy to complete. Replay-ability is also high with the need to come back to places when you’ve learnt new skills that allow you to collect previously unattainable items in certain areas. Enemies in the game while not overly tough, will strip you of a life undie every time you do get hit, so be ready to bust out your attacks to avoid losing all your undies.

Fortunately there are checkpoints at frequent intervals, so you won’t have to cover too much of the same ground again, which I love. Boss battles aren’t overly tough but do require a little bit of skill and prowess to work out the best way to take them down. Each area and its boss are unique to the last keeping the game fresh and exciting for all. 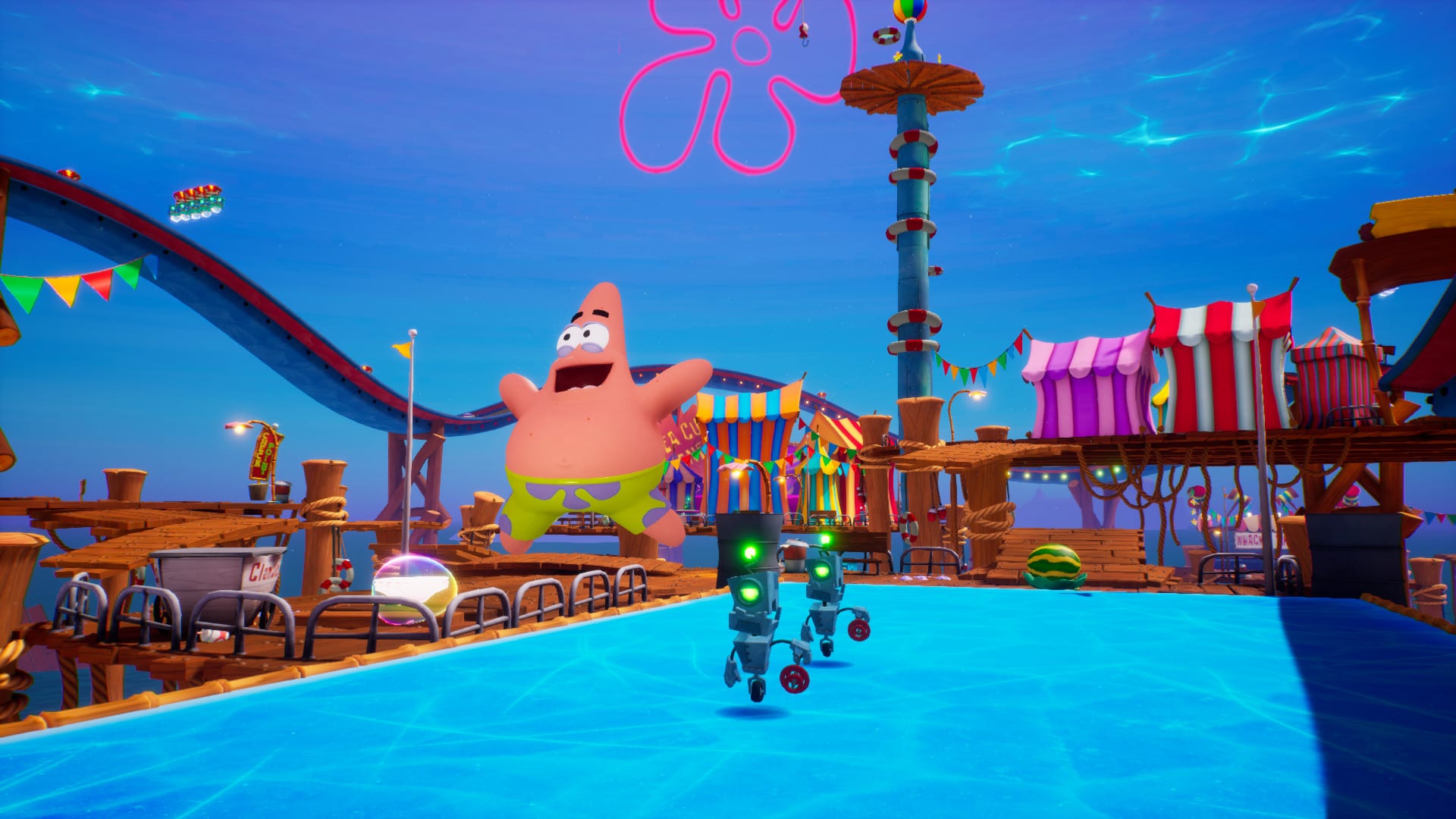 Graphically the game is exactly how I thought it would be. The 3D cartoonish style brings SpongeBob and the gang to life beautifully. It’s a well put together, visually exciting display for the younger people in life. Bright and vibrant colours carry throughout, accompanied by some very upbeat music; it is hard not smile while jumping around each area with your favourite friends.

The animations used for skills and character idle are perfectly done to be just as entertaining as the gameplay itself, while the voice acting and short cut scenes to characters from the show are incorporated in a way as to tell the story and guide you through the game with minimal interruption, which is an asset to something aimed at the younger generation.

SpongeBob SquarePants: Battle for Bikini Bottom – Rehydrated is a sound game aimed at the younger generation and diehard fans. The mix of music, nostalgia and gameplay sets this up to be something that will keep you captivated for hours without even realizing it. Visually exciting and a breeze to play, SpongeBob SquarePants: Battle for Bikini Bottom – Rehydrated is an instant hit in the feels, and I can’t wait to hear that iconic laugh all the way back to that humble pineapple under the sea. 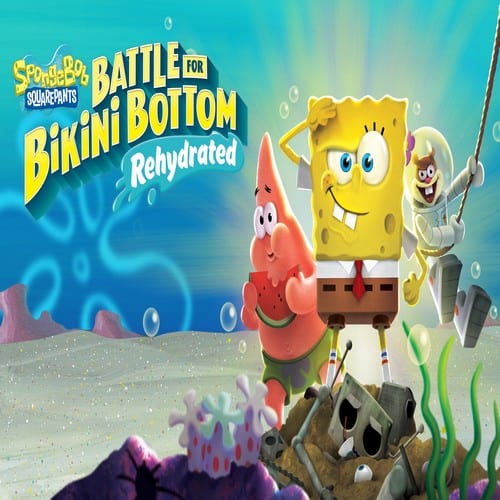 Are you ready, kids? The cult classic is back, faithfully remade in spongetastic splendor! Play as SpongeBob, Patrick and Sandy and show the evil Plankton that crime pays even less than Mr. Krabs.