When you think virtual reality you want to feel as though your literally inside another world no matter which way you look, Squishies does just that and is one of the coolest PSVR implemented games I’ve played.
This is a PSVR required game, so you’ll need the headset, the camera, but you’ll also need the move controllers as this title does not allow you to use a normal controller.

Squishies is a game about controlling squishies, the way to control them is by using your move controllers. In the VR world they’re seen as fish alien creatures. They do a number of things when playing levels. When starting each level you’ll need to move the level around to figure your best approach to completing it, whether it’s blowing the squishies or sucking them around, the purpose is to eventually make it to the portal that’ll end the level. Though before doing so you can collect blue crystals and there’s also a collectable egg in each level. There are checkpoints in each level and the game spans across 5 worlds, each has its own style. Playing PSVR some games allow you to sit in your seat or to stand, some even allow both, the decision is up to the player and in the case of Squishies you can do either. Now besides controlling the cute little coloured squishies you’ll also control the levels themselves in ways like expanding them so every part of the level is huge and in your face. You’re also able to zoom out so it’s a small spec and rotating is a big part so being able to not have those squishies falling off the level into water or other such things. All levels have the ability of being replayed as once you make it to other worlds it’s easy getting from one to the other. You can create your very own levels or play others made by the community.

You’ll feel like you’re high in the clouds playing god, levels are surrounded by big blue clouds and levels will be popping with colour from grassy areas to sand mixed with some vegetation. It’s a very cartoony looking game, it’s certainly a game kids would love to play but Sony does advise users to be over the age of 12 to play.
This is a simply game, it’s great for newcomers of PSVR because it won’t give you motion sickness and just isn’t complicated to play. 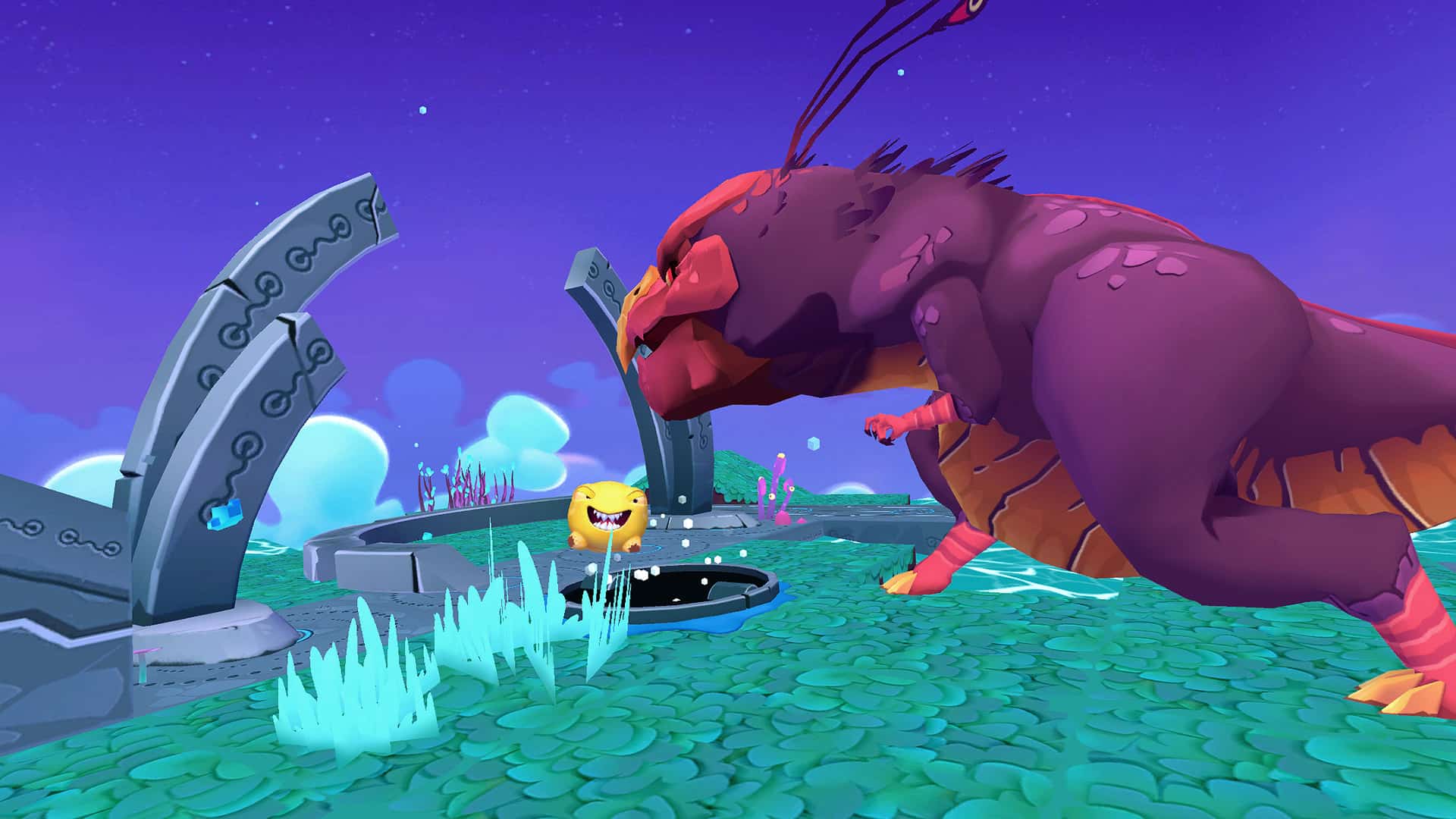 Get lost in a cheerful world full of adventures. Squishies is a single player, puzzle platform experience, built exclusively for PlayStation VR. Solve puzzles and save Squishies or be creative and build your own levels then share them with the community.