A long time ago, in a galaxy far, far away…

These are words that almost everyone will recognise. Every movie; Every game; Every book; Anything Star Wars related starts off with this sentence that has captivated audiences since October 27, 1977. These ten words have had a huge impact on my life since I was three years old. Needless to say, I was quite disappointed when the powerful music and scrolling text didn’t appear when I started playing Jedi: Fallen Order, published by EA.

Developed by Respawn Entertainment and taking place about 5 years after Emperor Palpatine hissed the words “Execute Order 66,” we meet Cal Kestis, a scrapper working for the Empire breaking down destroyed ships from the Clone Wars Era. But Cal has a secret; one that would spell certain doom if anyone found out. And sure enough, the Imperial agents do. Cal is one of the few Jedi Padawan’s that survived Order 66, and he is hiding in plain sight, suppressing the force in order to simply survive. It’s not until his old friend is nearly killed in a salvaging accident that the secret comes out and he draws the attention of Darth Vader’s Inquisitors. Now on the run, Cal must reconnect with the force to survive, but it wasn’t just the Inquisitor’s he drew the gaze of… 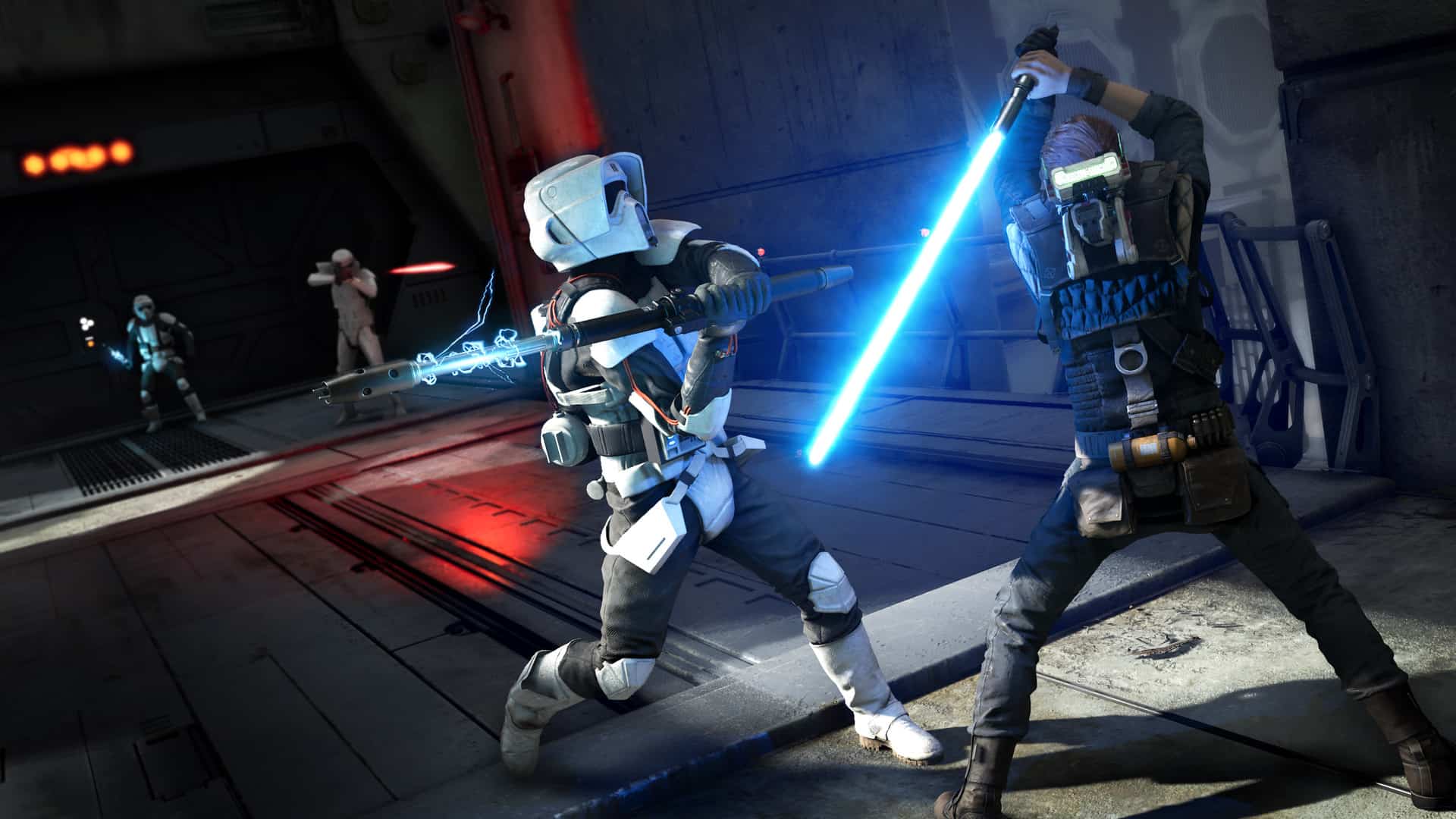 Given I was playing on an original Xbox One, the game is absolutely stunning. Vast open worlds offer plenty of exciting places to explore and interesting new critters to discover. From the interior of your ship, to the forests of Kashyyyk, the dusty ruins of Dathomir to the cold steel of an Imperial base, everything in Fallen Order feels like it has been pulled from the films. Smooth animations and highly detailed textures bring the Star Wars worlds to life like never seen before. I did encounter a number of issues where textures did take a little longer to load when in a highly populated world, but I was still able to easily tell what that item was intended to represent, and I put it down to playing on an Xbox that was bought about a week after release.

Surprisingly, for a Star Wars title, the game did seem to lack music. It was certainly there, and it still felt like it belonged in the Star Wars stories, but it wasn’t as prominent as you might expect. However, ambient noises, sound effects and voice acting are there in abundance. Every sound you’d expect from the movies is present in this title, as would be expected, and if you’re an avid fan like myself, they make the game oh – so much more enjoyable. 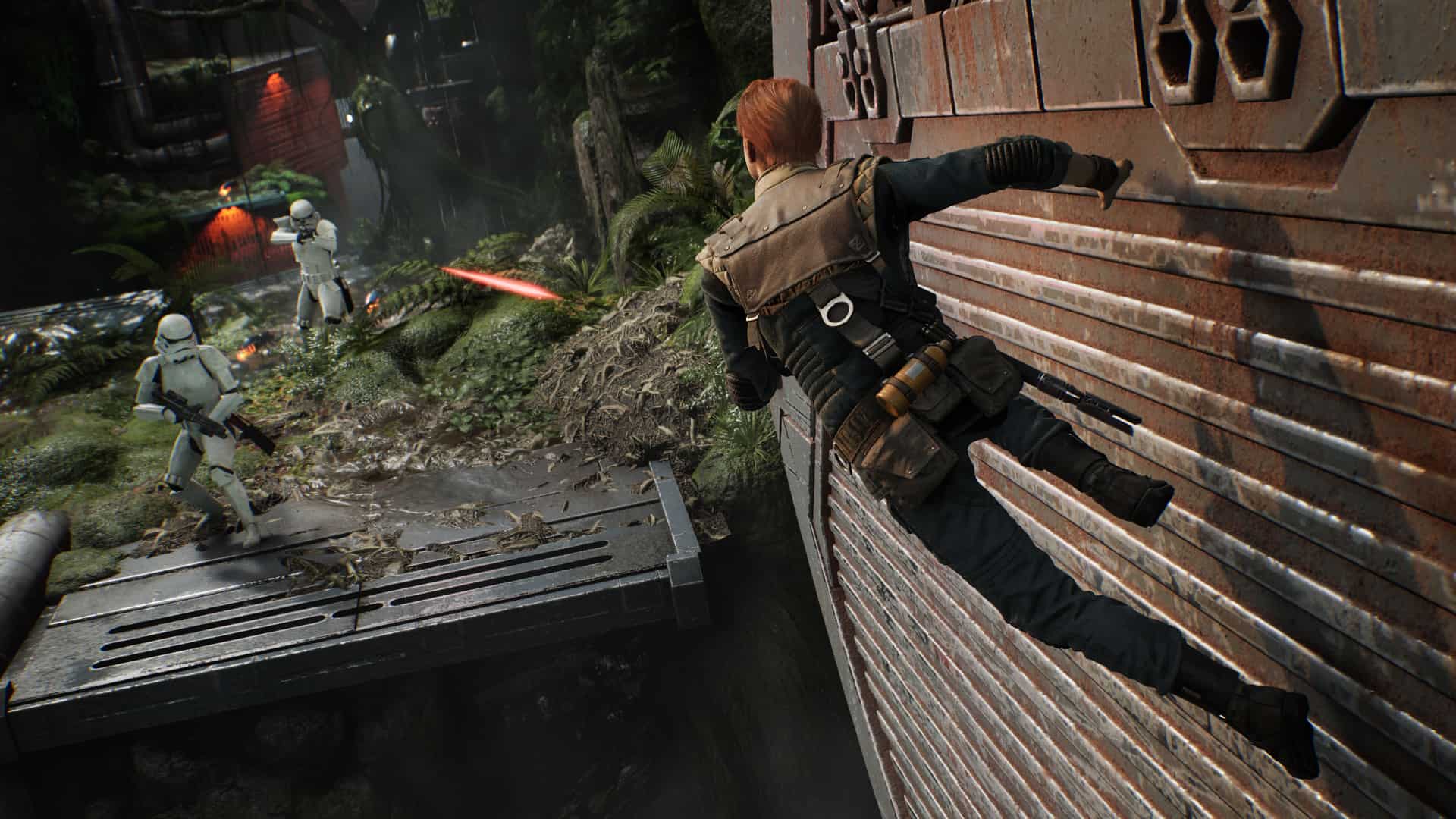 Gameplay, to me, feels a lot like Assassin’s Creed with light sabers. The way Cal controls feels very similar, in my opinion, to the way every assassin plays. Whether it be scaling the side of a building, clinging to ledges or running along walls, it feels very much the same. I have spoken to a few people who have likened it to ‘Uncharted’, but since I haven’t played the series, I can’t really comment here. A few of the controls do feel a little sluggish at times and led me to rage quit on occasion. During one training exercise in a memory flashback, I found that even though I was pressing the button as soon as I had the option, the game didn’t appear to recognise it.

Objects will flash blue when they can be influenced by your force powers, and I found that pushing the required button slightly before the game suggested I would avoid being smacked in the face with a medicine ball. I also found that sometimes, while swinging from ropes or vines, the grab distance for some would seemingly be bigger than for others, with Cal reaching out for some, while missing others by mere inches. While another source of my frustration, these events don’t happen too often in the game, and as you progress through, you’ll unlock “shortcuts” that will make everything substantially easier. Familiar enemies await as you push through new and existing worlds, carving a path to restore the Jedi Order as you join forces with some recognisable faces and fight against the ruthless Empire. Hack, slash, dodge and block with your saber as you effortlessly deflect incoming blaster fire, slow down an enemy or push them away with the force.

Play the game your way as you spend the skill points you earn, specialising in the Force, Saber, survival or a mixture of the three. Even build your own saber as you collect new parts scattered around the galaxy, to perfect your Jedi appearance.

Star Wars Jedi: Fallen Order is everything we’ve wanted in a Star Wars game, pulling from the original cannon as well as newer aspects introduced by Disney. If you’re a fan of Star Wars in any way, shape or form, this is certainly a title for you. 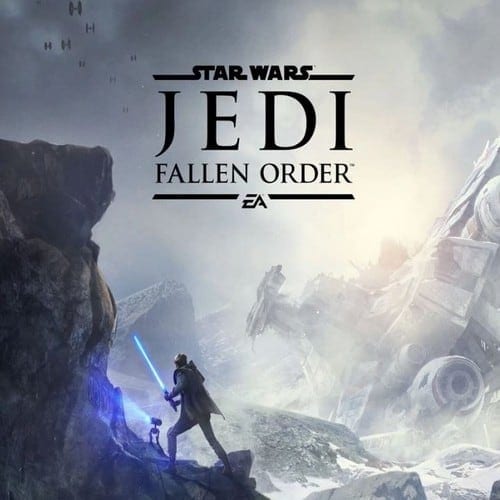