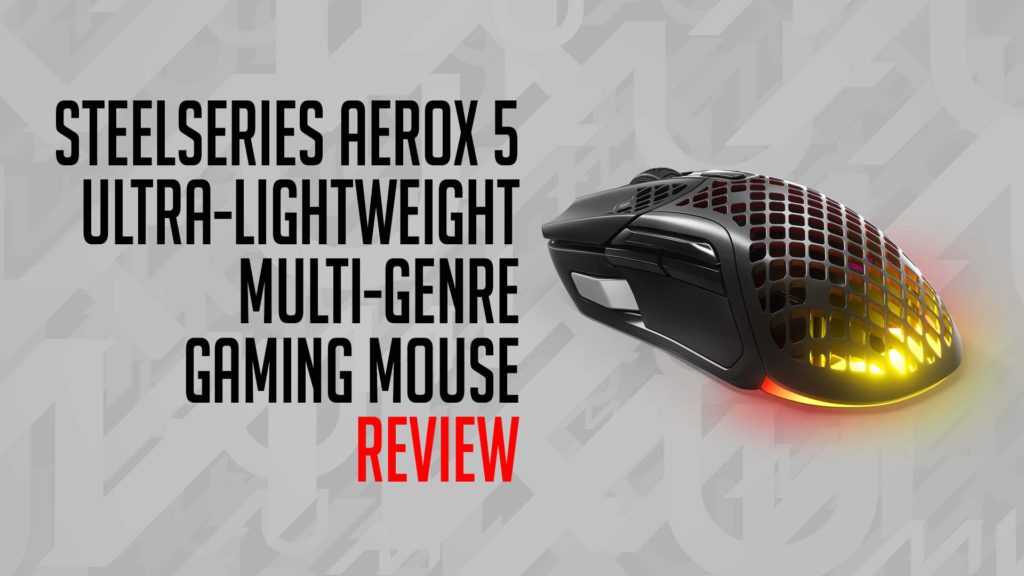 I don’t often find myself wondering what to write when it comes to hardware. There is usually so much to cover that the words just flow, but the issue here is not that I don’t know what to type. It’s because I have already written it. In all honesty, I could copy and paste my previous SteelSeries Aerox 9 Ultra Lightweight MMO/MOBA Gaming Mouse review and change maybe two numbers, and you wouldn’t know the difference.

The SteelSeries Aerox 5 Wireless Ultralight Multi-Genre Gaming Mouse is the smaller brother of the Aerox 9, and for all intents and purposes, it’s the same mouse, albeit with half the programmable buttons and weighing slightly less. At 74grams, it’s a whole 15grams lighter, and I think that’s due to not having as many buttons lodged on the side of it. In saying that, the buttons are a bit bigger, so maybe not.

The twelve buttons on the side of the Aerox 9 have been replaced with 3 clicking buttons and a two-way horizontal toggle button – the kind that was on the old Guitar Hero controller, only with a much more satisfying click. As with the Aerox 9, these are completely programmable using the SteelSeriesGG application, and once again, this is where you’ll set your preferred acceleration, deceleration, DPI, and RGB patterns for the 3-zone prism RGB. If you’d like a little more information on the ranges, I’ve covered that here. 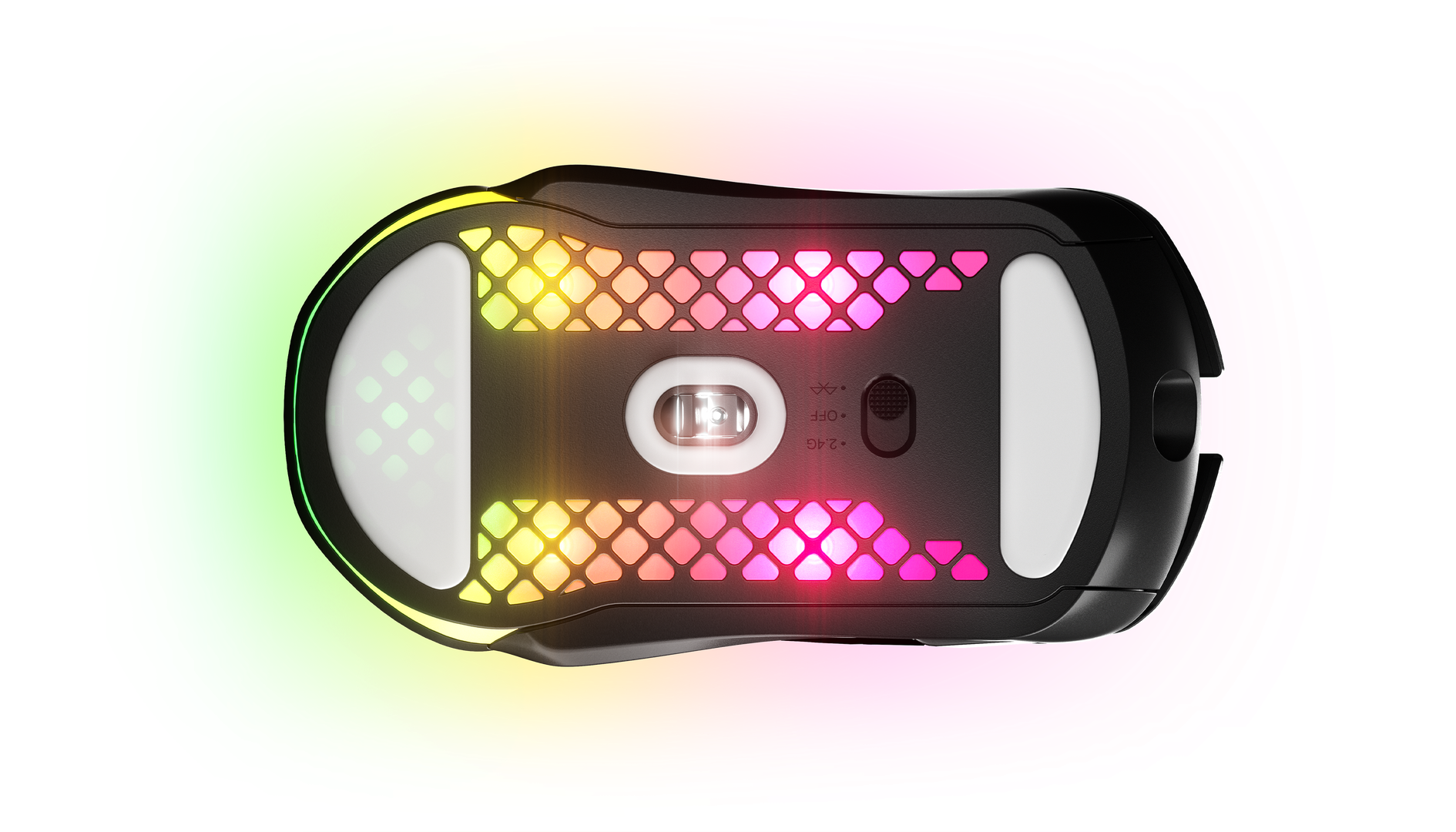 Immediately underneath lies two separate click buttons, and it’s really easy to feel when your thumb moves from one to the other. Sliding a little more forward and down a level is the final button. Made from a contrasting silver plastic, it’s probably the hardest button on the mouse to use, depending entirely on your grip style of course.

One thing I like about this style is the fact that most games will register up to five buttons – typically when you have your two normal buttons, the scroll wheel click, and the extra two on the side. These are already predefined in the SteelSeries GG application, so you won’t really need to worry about editing them unless you really want to. The side-mounted toggle button and the forward silver buttons, however, are key bound to F1, F2, and F3, which didn’t really suit my purposes. Again, this can all be changed in the application with only a few clicks. 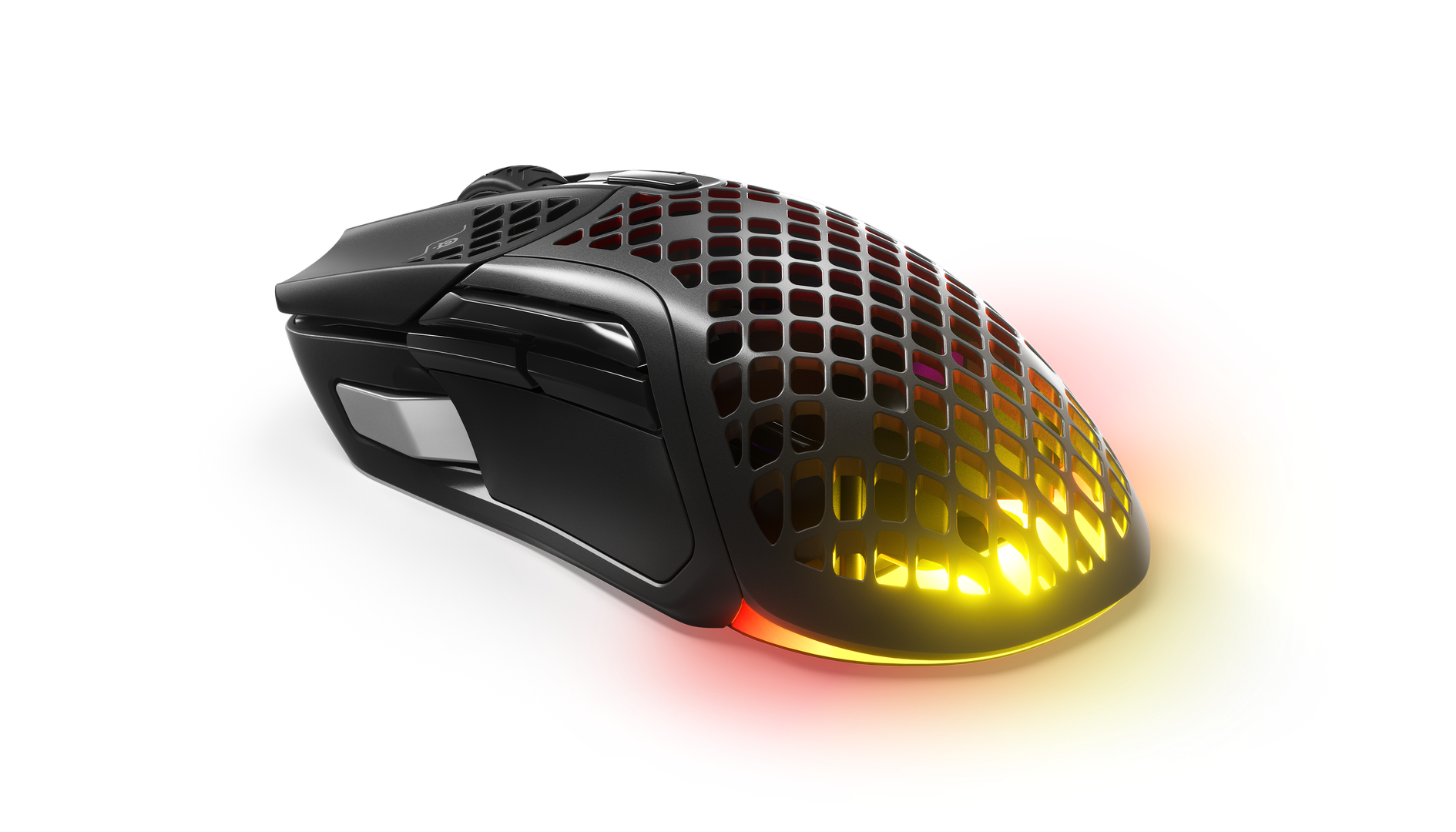 The only other difference I managed to see was that somehow they’ve managed to increase the battery life of the Aerox 5 Wireless Ultralight Multi-Genre Gaming Mouse. The 9 boasts up to 160Hrs when playing through Bluetooth, or 150Hrs on 2.4G. The Aerox 5, however, can be used for up to 180Hrs, regardless of which wireless connection you’re using, but this does also assume you’re using the default lighting setup.

A lot of brands will reduce the quality of the product as they release lower-numbered products of the same name, but you’d be wrong in assuming that the Aerox 5 Wireless Ultralight Multi-Genre Gaming Mouse is of a lower quality than the Aerox 9. Mechanically, they’re the same mouse, the only real difference is the number of buttons you have access to.

The Aerox 9 specialises in MMOs, while the Aerox 5 is more of an all-rounder, and I dare say better for FPS, as there are fewer buttons to accidentally press amid the action. The side toggle button would be perfect for quickly switching between weapons, and the remaining three would be well suited to pulling out your knife, using melee attacks, or even activating health restoration.