Sword and Fairy: Together Forever 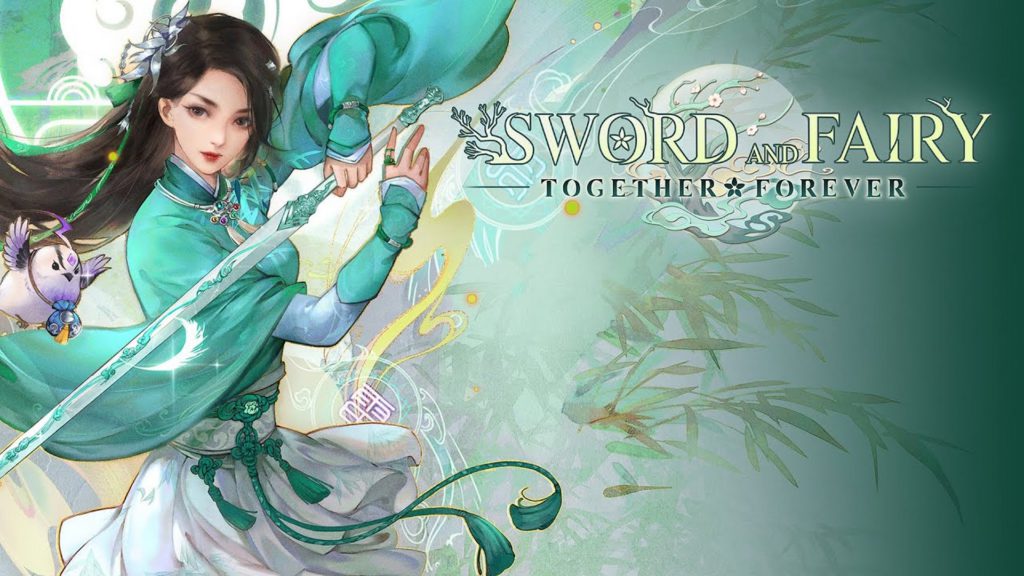 Sword and Fairy: Together Forever is the latest RPG release from Softstar, spanning over twenty-seven years’ experience with RPGs and the seventh installment of the Sword and Fairy titles. With such a long history in the industry, being able to cultivate their games over time has created one of their best-looking games so far. Using updated graphics, new combat mechanics, and stunningly well-developed stories for characters that are easy to like.

This is a game that takes patience to fully understand. Plot conversations can happen at any time, even when just freely running around. For anyone who does not understand Chinese, this can be difficult, as the dialog can be pretty in-depth and lengthy. It also auto-continues, so it is easy to miss a portion of the text if you are not paying attention. It is fairly easy to pick up the gist of the story, as there are also notes you discover that you can read through on various subjects which is useful if you don’t quite remember some of the specifics about places and people, among other information about the world, its history and the lore. The story is quite interesting I watch a lot of Chinese and South Korean dramas, fantasy movies, and shows, so I really enjoyed this.

I will not divulge much in terms of plot, but what I will say is that it revolves around Yue Qingshu, the oldest and only disciple of the Mingshu Sect, with the ability to make contracts with spirit beasts that help her fight in battle. She unknowingly forms a symbiosis with Xiu Wu, a newer Deity, and a guardian of the Chunzi Spring. Along with these two are Bai Moqing, who is from the Xianxia Sect and talented in Fulu techniques and force field formations. 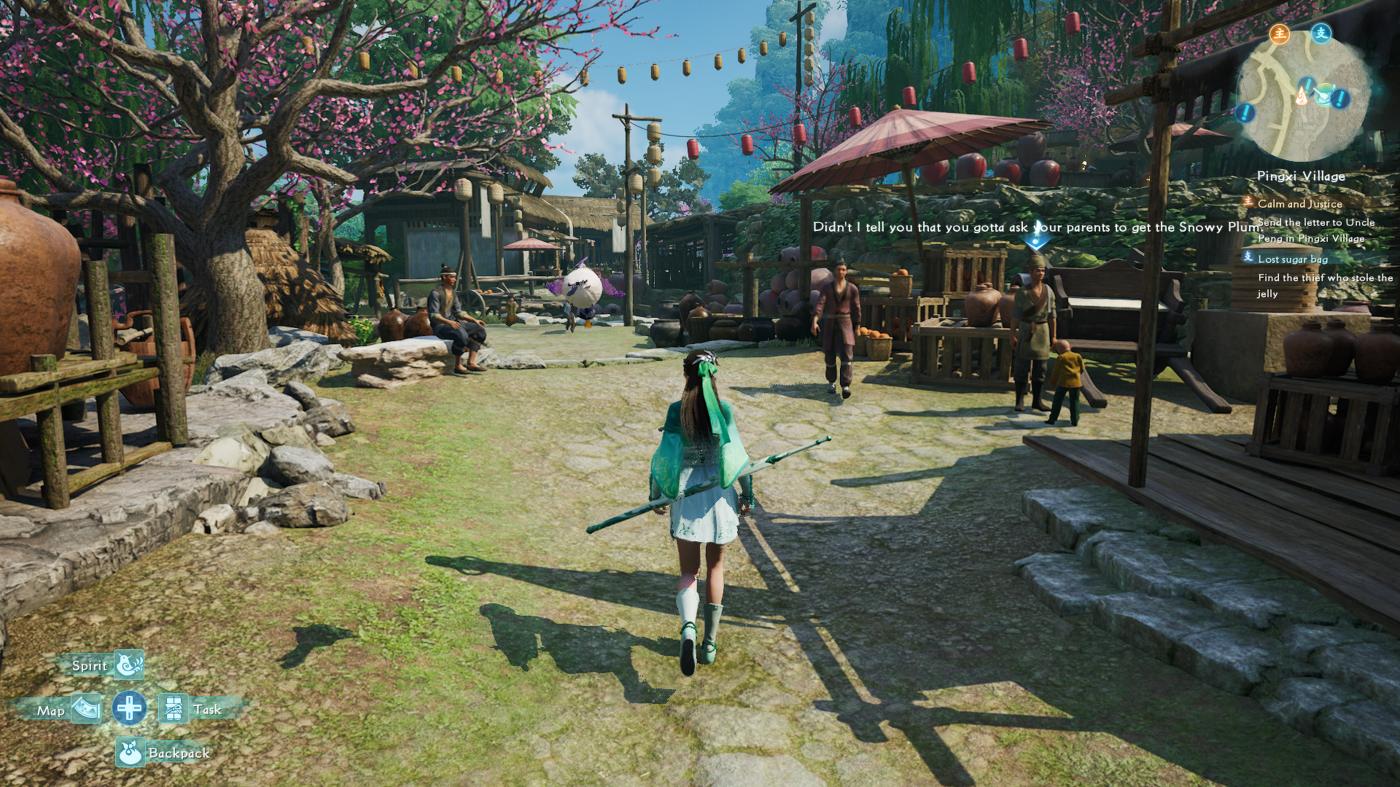 Next is Sang Yo, who has a mysterious past, but is hopelessly devoted to Moqing. He is a well-trained young doctor, excellent in crafting medicines and detox remedies, fights with a one-handed crossbow, and is incredibly stealthy. These young heroes set out on a journey to stop the Heaven Demons from wreaking havoc on the Earth. Or could there be something else hiding in the shadows? That is for you to discover.

Sword and Fairy: Together Forever incorporates real-time combat with fluid movement and the ability to switch characters on the fly. Not only that but there are also some quick time events and skill animations that both keep the combat fresh and engaging.

Using square and triangle as your light and heavy attacks, you will learn new ways to combo them, and holding R2 brings up your special abilities. Pressing L2 and a corresponding shape button switches characters, the directional buttons work as your item quick slots, and you can also dodge with the circle button.

Combat for me was quite smooth and I never felt any lag or poor graphics while fighting, at least not enough to lessen the experience. As a whole, the gameplay was smooth with only a few oddities. I did hear of there being a few problems when it was first released in China, but it seems that most of the wrinkles have been smoothed out. 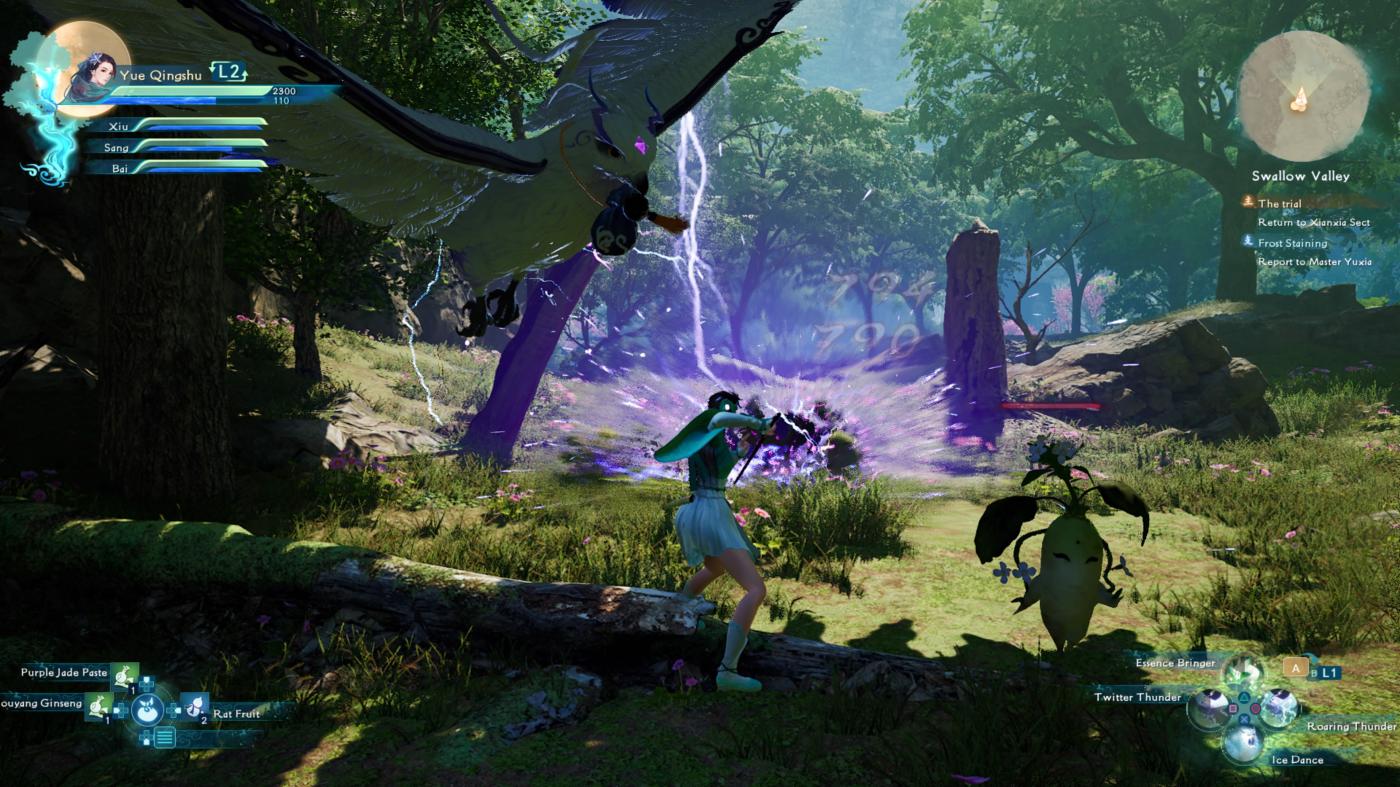 This game always looks stunning with great visuals, using various landscapes and structures in various climate types and allowing for some spectacular views. However, as much as it has a semi-open world feel, you can be forced into moving in a certain direction with invisible barriers. Having this happen can take you out of the emersion of the story and the feeling of freedom. Luckily, this does not happen enough to ruin the enjoyment.

The use of traditional Chinese music is always a pleasure and helps with the emersion, though a few times the music cut out entirely and did not return until I entered a new area or came to a cutscene. It only happened a few times, and while it was a little disappointing at the time, it wasn’t so often that I was totally thrown off.

Truthfully, I was excited about getting to play this title as it is my first time playing a Sword and Fairy game, and my excitement was justified. I have loved this game from start to finish – it’s my kind of game. The depth of lore, the engaging story, and the fun combat are all captivating. Everyone who loves JRPGs, or just RPGs in general, will enjoy this game.

Sword and Fairy: Together Forever 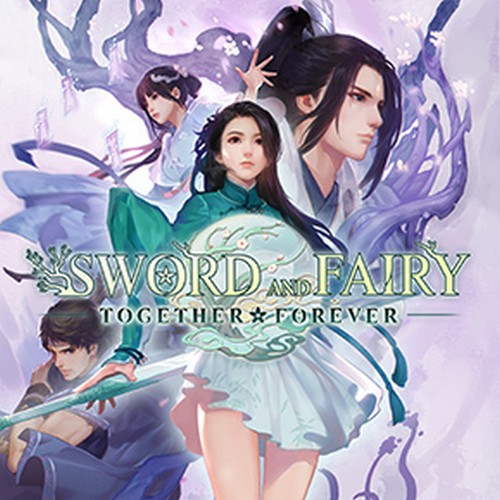 Published by: Eastasiasoft
Developed by: Softstar

Enter a realm that blends ancient mythology with traditional Chinese aesthetics in Sword and Fairy: Together Forever, the latest mainline entry in the nearly 27-year-old RPG franchise!