The Dark Pictures: Man of Medan is an interactive, drama horror game developed by Supermassive Games, the brilliant minds behind the highly praised PS4 exclusive, Until Dawn and published by Bandai Namco Entertainment.

Now, let me just start off by saying I have been incredibly excited for this title ever since it was announced. I’m sure everyone at MKAU, especially the boss, were over my constant nagging asking for this game, excited like a child having ice cream before dinner. I only actually recently played Until Dawn but I did spend numerous hours on Twitch watching play-throughs of the story and man did I love it, especially the use of choice. When Man of Medan was announced for Xbox, right up until now I’ve been literally counting the days and it’s finally HERE!.

I’m not going to lie, starting this game up I literally had my adrenaline firing on all cylinders. I live for horror games and I needed that fix. Horror games on the market have been quite a let down lately, but this title is a winner without heading into spoiler territory. It certainly has it all, in a range of emotions, with multiple plot twists along the way. You start the prologue as a American Soldier named Joe, who is given a little backstory which also acts as a tutorial for learning the buttons and controls. It is a star-studded cast too as I was introduced to the narrator, played by Pip Torrens (Colonel Kaplan from Star Wars the Force Awakens) who outlines your role in the coming tale of the five survivors caught out at sea. This ragtag team consists of Conrad (my favorite joker), Fliss, Julia, Alex and finally Brad, all very different and all with their own roles to play as they are stuck at sea during a wild storm. Pushed into a mysterious and dark sunken ship this is where our story really starts to unravel.

I went into the game nonchalantly but I quickly found myself becoming attached to each one of the characters. The decisions you make have real repercussions on the narrative and while in my first play-through I had two fatal casualties, I felt real disgusted and disappointment in myself. The character development is that fantastic. At one point, I even felt the need to reboot myself, but it had already saved, alas there was no going back, my decisions had doomed someone, it was that concrete. The controls are simple with left thumbstick to walk and the right thumbstick to choose decisions, this I quite liked. You need to open doors, turn pages or photographs over to see the other side while holding (RT), and (LB) to walk faster, through a run would be helpful at times. You can use (A) to search lockers or bodies and look at paintings which hide important details. (RB) brings up your relationships with fellow survivors. (A)(X)(Y)(B) are all used in quick-time events but be warned there is no warning for when they happen, it seemed to always happen when I looked away. Luckily, they have a short timer to push them in and you’ll have no issues as the prologue will show you everything you need.

I love the soundtrack they have set for this game. While they are by no one I’ve heard of, I really dig it. The intro song and rolling credits stand out. The music during game-play especially are perfectly matched to whatever setting needs tension, drama or even loss (I wasn’t tearing up, my room was hot and my eyes started to sweat). Not only was the music amazing but the visuals were as well, from the water rippling from a boat, the rust on a submerged plane, to blood on the characters’ features, it all blew me away. One part particularly in a storm, the rain drops streaming down their faces both helped tremendously with the immersion of the story and the sense of overwhelmingness. There wasn’t a lot I didn’t like about this game but there were a few minor things that were a little cumbersome. I didn’t like the timer associated with decisions as it was too quick, giving you not enough time to weigh up the options. I also found with the boat captain, Fliss, there were a few times within cut-scenes that her lips would be open constantly showing her teeth or speaking slightly out of sync. It didn’t really ruin the immersion of my story however I did find myself thinking those were some mighty fine looking, rendered teeth.

I never got a chance to play the shared story mode as it only appeared to let me invite friends to play instead of having a matchmaking system. Given MKAU was handed this before release, no one else had access to play. Given once its released and I get a crack at it i’ll be sure to update my review.

It also has a section called Movie Night Play which is like couch co-op, where you and up to four friends can choose which character you’ll play. This mode was rather fun except for the fact that whatever decisions you make your friends will have to deal with the outcome and vice versa. In my opinion, play with people you aren’t that close with as it’s safe to say friendships will be tested, especially if their choice results in YOUR character’s death. Overall, this game left me with one word, WOW. Man Of Medan, for me, is definitely a contender for my Game Of The Year. On my second play-through, (yep I started over again straight after the ending credits rolled) I missed something I looked at in my first play-through, which changed my prologue. Let that sink in. Changing one minute detail that I thought “Meh, it’s not important” and my ending was different. The power of possibilities is a heavy one in this title.

It has everything I needed in a horror, survival game and while it only takes about 5-6 hours to complete, it never felt that short. Running much like a movie, this is one game so expertly crafted narratively wise, it does give me hope that one is on the cards. Speaking of which, like a good movie goer, just remember to watch the post credit scene. 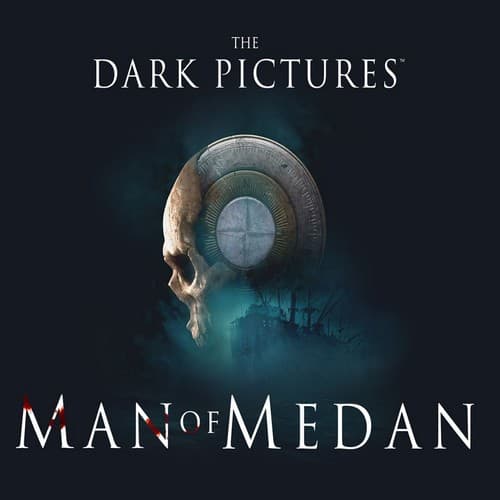 The story of Man of Medan starts off on a dive boat in the South Pacific. With a rumoured WWII wreck to find, and plenty of on-deck partying to be had, our group of 4 young Americans and their skipper Fliss get ready for what should be the trip of a lifetime…but it doesn’t go quite to plan.