Where to begin with The Elder Scrolls Online? Cast your mind back to the release of the infamous Xbox 360, just after being converted from the PS2, I was introduced to Oblivion. Thanks to my friend, Vdog, this was a gaming moment I’ll cherish.

My god, I lost hours in that game trying to finish quests though often I always ended up wandering off creating my own adventures. Not long after, I tracked down Morrowind and an original Xbox and in that moment my love affair started as I lost countless hours in this Universe.

Skyrim was my next love, as I created my Nord and set out to explore everything far and wide. I have fond memories of even my neighbors play on Friday nights, filled with their own tales of adventuring. Our conversations always ended with how brilliant it would it be with co-op/multiplayer; teaming with friends, my prayers were answered when ESO was released. Bethesda’s huge MMORPG, Elder Scrolls Online, continues to deliver content to the beautiful TAMRIEL. The newest content, ELSWEYR, named after the homeland of the race Khajiit (the cat-like people) gives us rolling deserts on either sides south of the map and mesmerizing, flourishing jungles with bridge filled canyons in the North known as The Stitches. Each landscape is complimented by the melodic music, pretty much associated with most of their epic RPG games we have grown to love. The soundtrack is amazing with 10/10 quality, that I would seriously log in to ESO just for that to always play in the background of my life.

You can start this DLC with your current character, but I must suggest starting fresh with the fun as hell, Necromancer class. I’ve never been big on using magic and always went the more of a hack and slash approach. I’m just the kind of guy that likes relying on my weapons to do the brunt of the damage and only using Magic to heal myself. Following a story about ferocious dragons being released from captivity like prisons, I tried to get into it straight away but side quests, so many side quests, make it awfully distracting to get back to. Not a bad thing at all. Also, instead of Dark Anchors (Large PVE battles) appearing in Elsweyr, it’s these DRAGONS! Two will randomly fly around the map dropping in different areas periodically, my god, it’s brilliant. All I got to do was cast one, skull fireball from my level 10 character and with one whip of the dragon’s tail, I was Dead. Interestingly, because my hit dealt quite a good blow at least, I got a decent size of EXP once the group I was travelling with killed the dragon. Can’t say we aren’t all about teamwork in the ESO community.

As the Necromancer, you can utilize a great arrange of spells/abilities from firing a skull projectile, morphing it into a projectile that ricochets off one enemy to another or extra protection if need by summoning a ghostly bone Armour that covers your body giving you that much need enough time in battles. Similar like Diablo, much like an ultimate skill, you can summon what I can only describe as a skeletal suicide bomber to abolish creatures. I found myself only resorting to my weapons once my Magic had depleted or I was becoming swarmed with enemies. I enjoyed this class as usually Necromancy is shunned upon, yet it was satisfying using it to save lives. In the main story quest of this DLC I found it interesting even chatting with NPC’s such as Abnur Tharn who have strong stances against it, started back tracking their conversations when I casually dropped I was a Necromancer. The lines of dialogue are that well-constructed and impressive.

All up I played about 8-9 hours but just lost hours alone simply adventuring in this beautiful, new land. Any Elder Scrolls lover will enjoy this new DLC, I know for sure I’m certainly not done with it, but is anyone ever truly done when it comes to Elder Scrolls? Elsweyr awaits us… 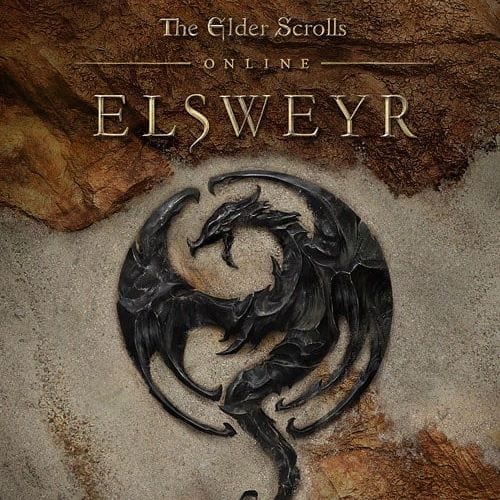 Dragons return to Tamriel in The Elder Scrolls Online: Elsweyr, part of the Season of the Dragon year-long adventure! Explore the savannahs and canyons of Elsweyr, defend the home of the Khajiit from an ancient evil, and command the undead with the Necromancer class.