The Elder Scrolls Online has been around since early 2014, with expansions coming out every few years starting from Morrowind back in 2017, then Summerset in 2018, Elsweyr in 2019 and now the latest expansion, Greymoor. Each expansion has added new stories and adventures to The Elder Scrolls Online experience. Developed by ZeniMax Online Studios and published by Bethesda, this massively multiplayer online role-playing game (MMORPG) takes place in the same lands as The Elder Scrolls Skyrim, which had critical acclaim back in 2011 and has stayed relevant to this day.

Any MMORPG’s are daunting when starting off, with The Elder Scrolls Online being no exception. You can choose from ten different playable races, each offering unique looks and play styles which can dictate how you will play the game. You also have to choose a class system; do you prefer to blast enemies from afar with magic, or would you rather be up close and personal as a fighter?

Once you have taken the ten to fifteen minutes to read each difference and make your decision, you are ready to play. Or not. The load times were a little exasperating but I suppose having to connect to the server in either America or Europe would take a little time. 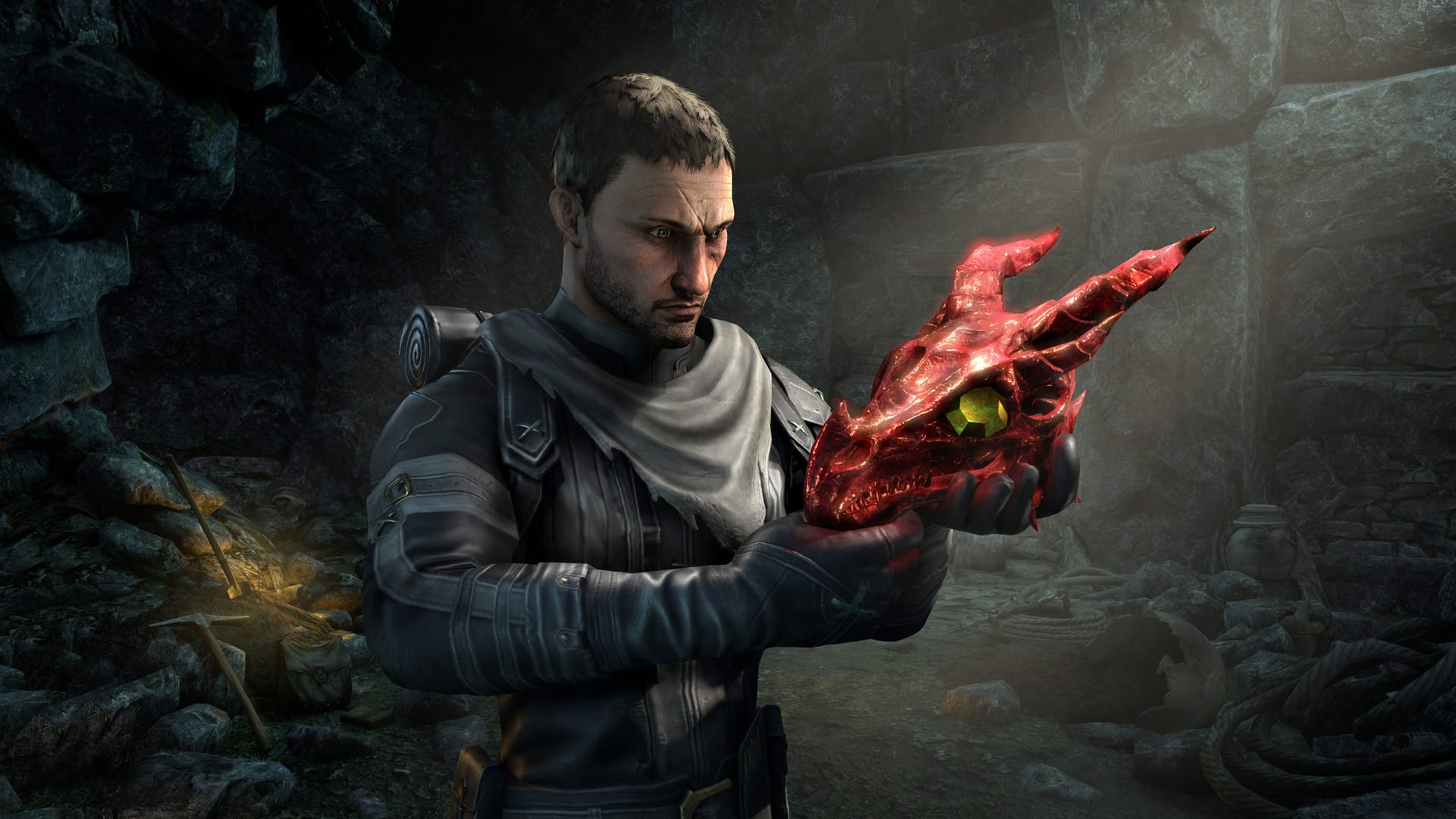 Since I had not played The Elder Scrolls Online before, my game launched straight into the new Greymoor expansion, and on a positive note, this meant I did not have to play to a certain point or get to a certain level to access the latest expansion, but this also meant I may have missed some tutorial or story line that tells you about the world you are now living in. I found that the game expected me to know the rules and gameplay / design or it could just be my limited experience with MMORPG’s.

The Elder Scrolls Online: Greymoor expansion has you exploring the Western side of Skyrim and dealing with a deadly cult of Vampires that are causing strife in those lands. You team up with a Vampire ally that you meet during the opening sequence and later a warrior who looks to protect the nearby kingdom of Solstice. Together, you must find out what the vampires are plotting and help put an end to it.

Many years ago I tried playing World of Warcraft, another highly rated MMORPG, but I accidently went on the server that allows players to attack and kill each other. I was barely level 7 when I was killed by a level 30 character, and I remember the game saying I had to return to my body to start back up again. Unfortunately, there was a giant mountain in the way and I couldn’t find my way back, so I gave up. It wasn’t until some years later that I found out about PVE servers. After that experience, I was wary of playing The Elder Scrolls Online. It is a strange concept to all be different levels running around the same play field having access to the same stories and gameplay, but it works. 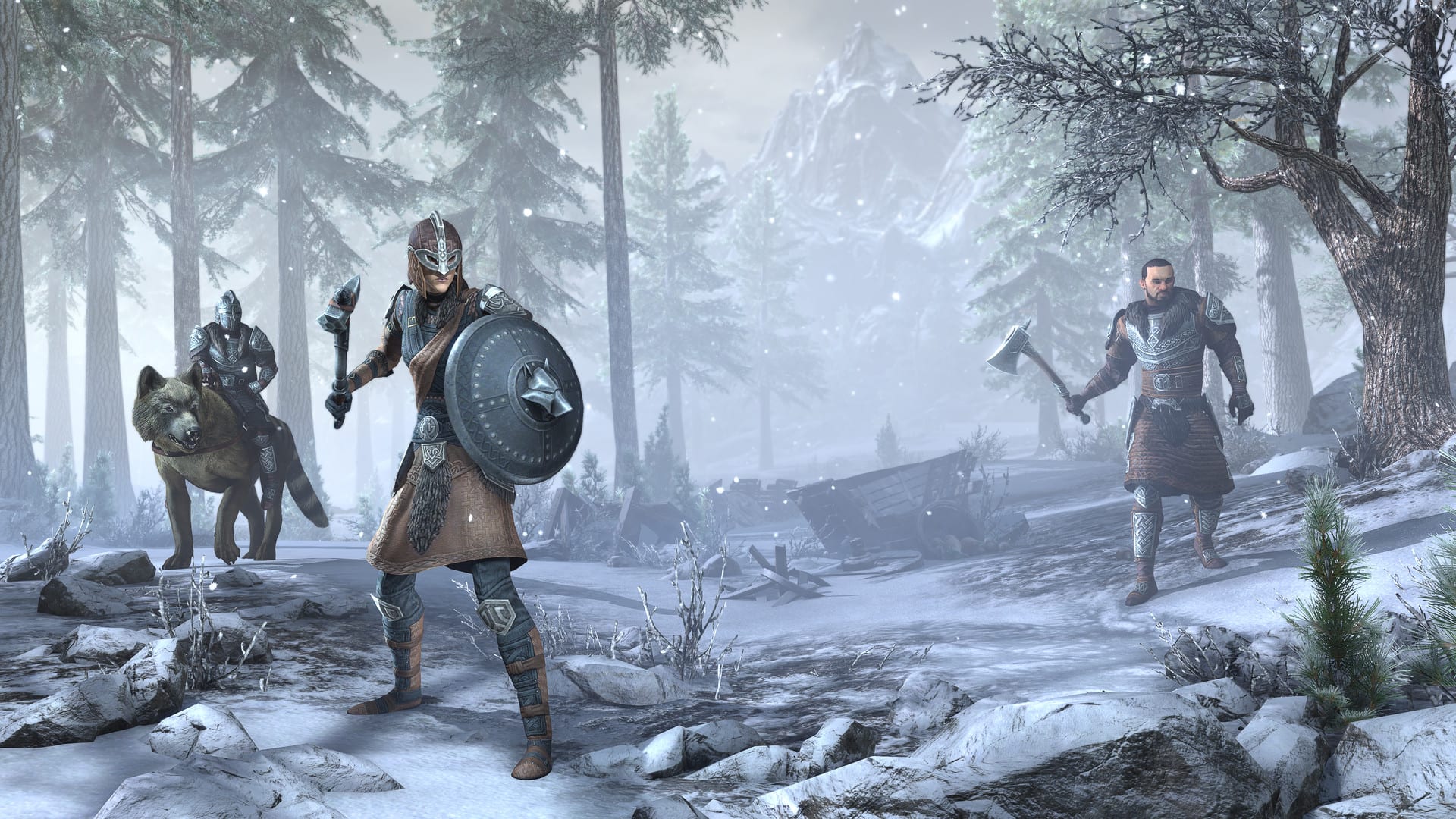 I was surprised how many players were running around while I was playing. The Elder Scrolls Online has no cross-platform ability, so these were just the American servers for Xbox that I could see. The Elder Scrolls Online makes use of the level scaling mechanic which allows players free reign of the world, meaning that no matter what level you are, you can explore where you’d like or go on whatever quest you want to.

This is something I haven’t seen in many games, and I actually appreciated not having to wait or grind my character to a certain level to go exploring or take on a certain quest. It was very easy to get distracted, and I often accidently took on quests I hadn’t meant to as there are so many dotted around the world.

The game is fairly simple in its design. You go out on quests, of which there are many to collect loot or bounties and level your character. Players will have access to special attacks and magic that you control with LB, RB, Y, B, A and X, while your basic attack is performed with RT. The controls are easy to master, and on screen reminders will help with which attack you had assigned to what button. 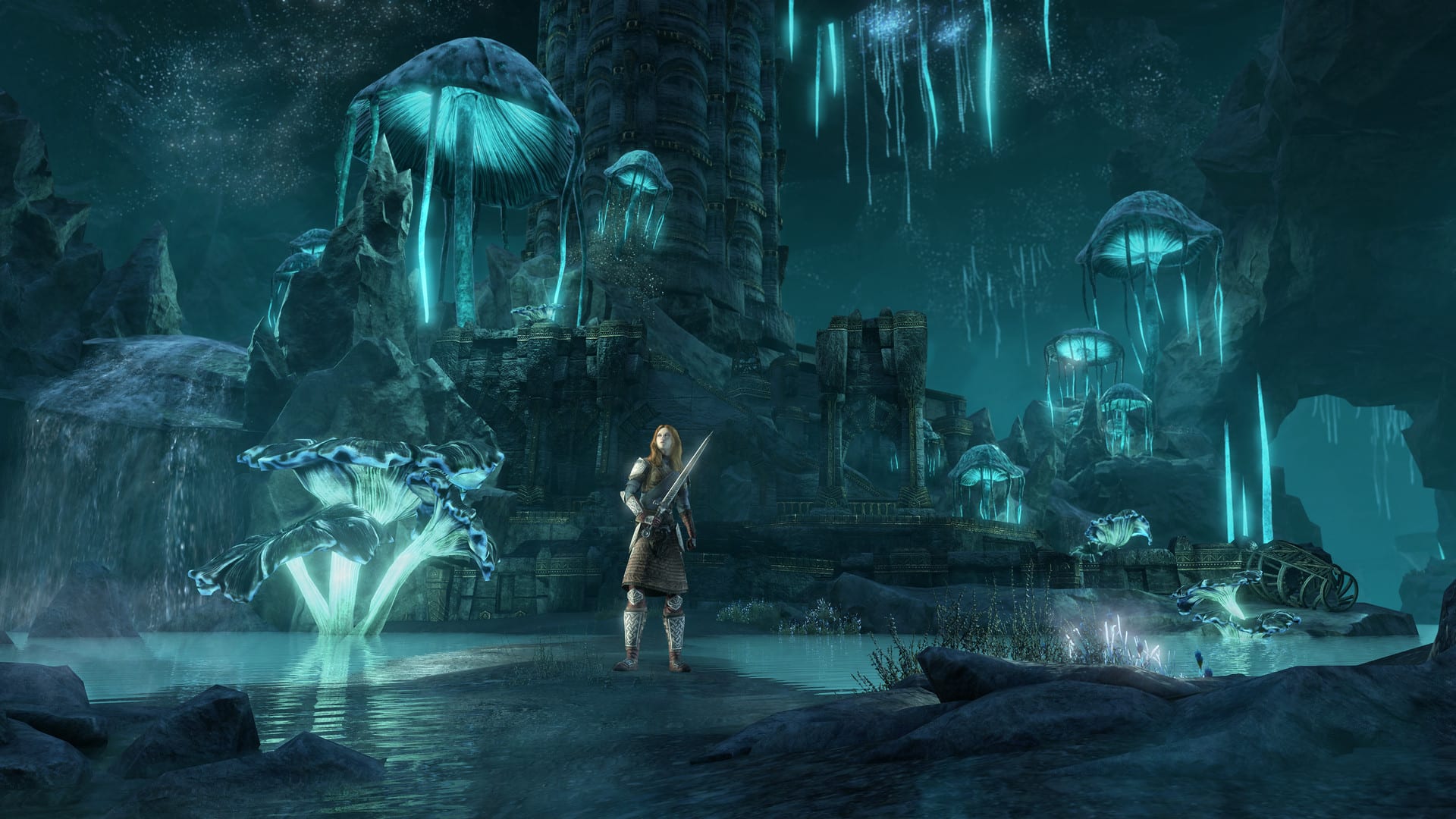 It does not appear that The Elder Scrolls Online has updated the characters or the graphics from its original release, with the world looking somewhat grainy and lack-lustre, while the characters lacked the definition that you are seeing in a lot of new games being released. In saying that, it is still a good looking game, but certainly aging. The music on the other hand is brilliant. I loved it so much that while writing this review, I had the soundtrack playing in the background. The music is a perfect complement to your adventure, making use of a full orchestra and is absolutely amazing.

I don’t like that I had to have Xbox Live Gold Membership to play this game. I enjoyed this game enough that I have considered buying it for PC, just so I didn’t have to pay the Xbox live monthly fee. As with all Xbox and PS4 online games, you must have the Xbox Live or PlayStation Plus accounts, but PC players only require the game and internet.

Overall I enjoyed the game and I can see myself getting sucked in and playing a lot of hours, but since I don’t normally have Xbox Live set up, I will finish up the month I’ve paid for and see if the game intrigues me enough to look at buying it on PC instead. 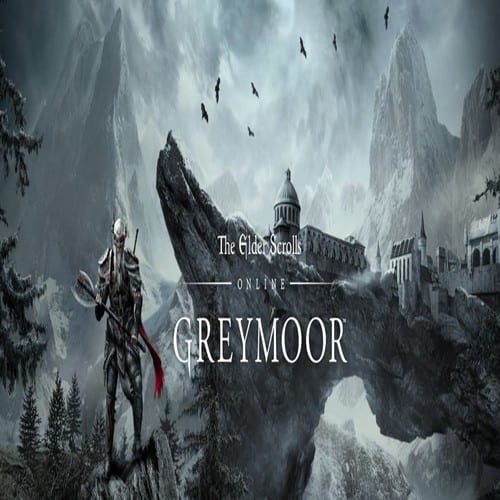 Join over 15 million players in the award-winning online multiplayer RPG. Explore the frozen tundra and snowy mountains of Western Skyrim and stop a powerful Vampire Lord from enslaving Tamriel in The Elder Scrolls Online: Greymoor, part of the year-long gothic adventure The Dark Heart of Skyrim.