The Last Remnant Remastered was originally released on both Windows and Xbox 360 in 2008, this time around the remaster is exclusive to the Playstation 4. Square Enix developed and published both the original as well as the remastered version.

I always question if I believe a remaster is needed, some are and some aren’t. As it stands the Playstation 4 already has a lot of JRPG’s, and this one could have been skipped over and no one would have bat an eye. That isn’t to say I didn’t think this game was good, because it was okay to play.

The Last Remnant Remastered takes place in a fictional world. You play as Rush Sykes who’s just a teenage boy, the world the game takes place in is filled with what’s known as remnants, no one knows who created them or what their purpose is. It’s fact that the remnants drew on a strong power that created a rift between those who ruled and those who were supposed to obey which caused an all out war. The game begins 1000 years after those conflicts ended.

JRPG…. they aren’t for everyone, you either like or dislike these sorts of games. To be fair most of them I wouldn’t give the time of day if it wasn’t for reviewing them, but there is a gem every so often but as for The Last Remnant Remastered I was 50/50.

It’s fact that JRPG games are normally heaverly based on turn based combat and it’s all about upgrading your gear, you’ll see a lot of numbers when playing, if it’s character or weapon stats, your characters unit stats show your strength, intelligence, bravery and speed. The higher the better and these can increase but also decrease at the blink of an eye so paying attention to what your equipping is key, even your weapons have stats for attacking and defending. There are four classes of weapons to use in game, shields, blades, breakers and polearms. Weapons can be held in your main hand, but also in your other hand.

When running around you’ll be able to interact with loads of NPC’s and visit loads of shops, you can even go inside a pub, but sorry you don’t get the opportunity to have a nice cold beer. The shops are for buying and selling items, and upgrading weapons.

When interacting with NPC’s they don’t actually speak, it’s all shown on screen in subtitles. It feels odd but this is an older game and maybe the trouble to changing this and adding a ton of audio dialogue was not worth the hassle.

Like turn based games? Sure you do! The battles are all turn based and can be simple once you know the terms of how they happen. Prior to your turn you’ll have a number of commands to choose from, and the rest happens on it’s own until your next turn. At the beginning of the game winning battles is a piece of cake, but they can become challenging further into the game. Battles are the only time your screen is taken over by the HUD, it’s the HUD that shows all characters who are in the battle, along with there health and at the top of the screen a bar that’s half your side and half the enemies. As you battle, and your beating them it’ll slowly grow more blue or the opposite if your losing this is just a graph of who’s winning.

10 years is a long time when talking about gaming hardware and it’s been that long since The Last Remnant was released. It looked good for the time in 2008, but in its original visual state it is dated as all hell. I played my review copy on my PS4 Pro and it received some benefits over the base PS4 and certainly over the Xbox 360 hardware. Most notably is the native 4K support, which is quite rare on PS4 when compared to the Xbox One X. It’s no real surprise to me that it would get the 4K resolution because games from consoles prior to the PS4 have mostly had 4K support or had it as an option. It looks really good for the most part though there are some texture issues from time to time, and when it comes to the cut scenes the game shines a little more in those moments. The PS4 Pro doesn’t appear to have any settings to change the resolution or frame rate, but in the time I spent playing I didn’t even think I needed to play with either of those things even if I could.

My big hate on any JRPG is the overwhelming HUD’s they possess. You know those ones where there’s so much of the HUD taking up space that it feels like your in a bush trying to see through the foliage. As for audio, being an JRPG it’s always good for those that don’t speak Japanese to have the option to play in English which translates greatly.

This isn’t the best remastered game out, it’s good for those who love JRPG’s and as long as you own a Playstation 4 you’ll be able to play this. I was put off from how slow the game moves along with it’s story as it seemed like I was watching more then I was playing the game. 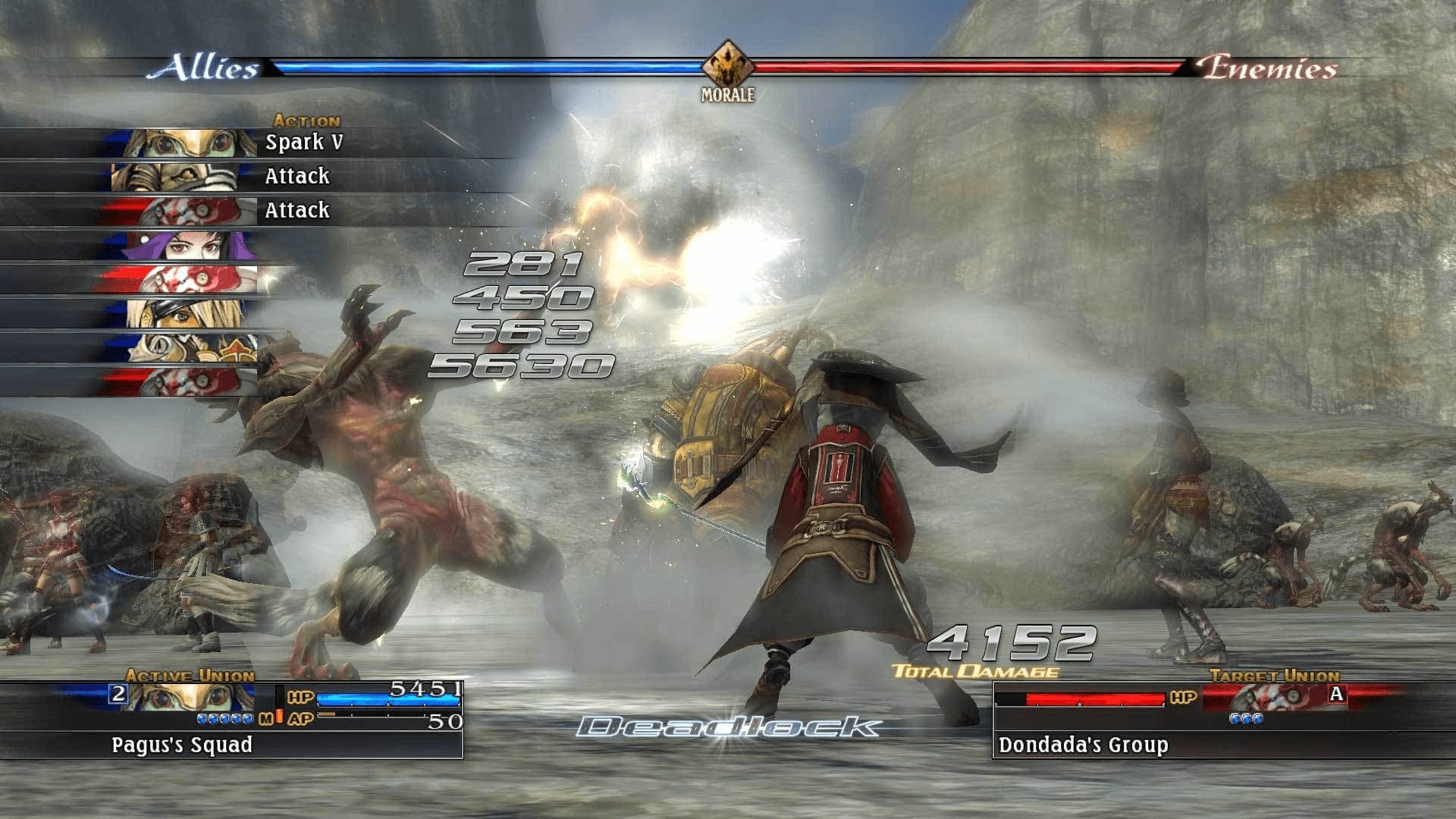 Last released in 2008, The Last Remnant captured the hearts and minds of gamers with its enthralling story, countless characters and intricate battle system. Now this classic RPG is back with a Remastered version and is coming to PlayStation 4 with even more beautiful graphics, enhanced via an updated game engine.