Here’s a game first built for PC gamers, that has come onto the Nintendo Switch, The Red Strings Club throws you straight into a cyberpunk world.
You play as a number of characters, the first is a bartender called Donovan, the next will be an android named Arkasa-184. As the bartender you’ll make drinks to loosen your patrons or impersonate other people over the phone. As Arkasa-184 you’ll master the art of pottery to create modules. The plot to the game isn’t hard to wrap your head around, it’s super science fiction themed with its taking down of corporations that wants to control the people with mind control to rid crimininal behaviour.

I realised quickly that this game was definitely built for PC, the whole moving of the cursor/point and click gameplay stood out. If you love games full of action and pace, this isn’t going to fill that spot. It’s a very quiet game that moves along very slowly. I felt like giving up on it pretty early on, and I’m a big lover of walking simulator games that can be slow, but this game took the cake. Playing this will consist of patience for the style of slow gameplay it gives, but also a steady hand. Why do you need a steady hand? It’s because you’ll be pouring alcoholic beverages and creating pottery. When I picked up my first drink I made a total mess, it went everywhere and this sort of thing happens because it’s a point and click and uses a stick on your controller to pour. I got the hang of it eventually. But it’s not just about pouring drinks, it also matters on the type of drink your pouring. Is it a drink of regret or maybe one of pride? You’ll see a pink circle in front of the drinker before pouring, and depending how much you pour will move that pink circle in one of three directions you’ll need to add some ice cubes and just take your time. Note each drink goes a certain direction.

The other major gameplay mechanic is making modules with pottery. This had me stumped at first but I soon realised on how it worked. You’ll want to use the few pottery carving tools to shape the purple square the pottery is inside of, getting as close to the shape without going into it, the goal is to make the whole shape green. If you mess up you can press the rewind button on the right side where all the buttons are. You can change from one tool to the next each having their own shape and some modules are rather complex and take time to do, modules once made can be inserted in NPC’s, each module has what I’d call it’s own perk. The entire game is rendered in 16-bit. Small details are still seen like when characters speak, though you can’t hear them you’ll only see their mouths move. Because people don’t technically speak out loud all conversations are throw on screen for you to read along with, whilst they talk the sub-titles do make sounds as the words show on screen. There is plenty of colour in this cyberpunk world, from hot pinks to deep reds and blues. Background music can be heard, but very faintly for the most part of playing.

I had never heard of the developer, Deconstructeam prior to playing this title, mostly because they don’t make games on console, or shall I say hadn’t until The Red String’s Club. This did launch on PC first one year prior to coming to the Nintendo Switch, but it worked fairly well for a PC port on Nintendo’s console. It gives a decent amount of hours to play at roughly 6 hours to complete the game. 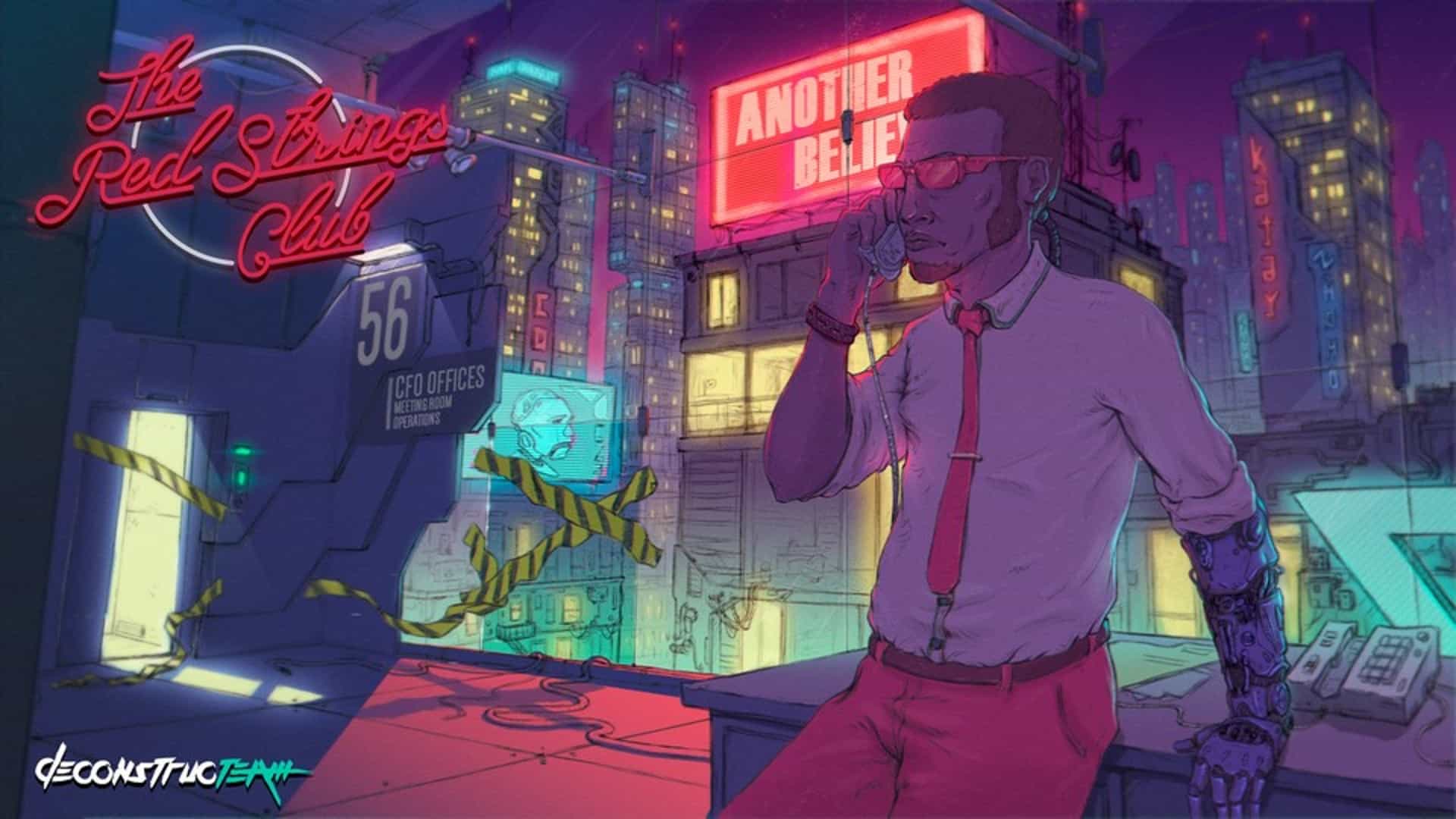 The Red Strings Club is a cyberpunk narrative experience about fate and happiness featuring the extensive use of pottery, bartending and impersonating people on the phone to take down a corporate conspiracy.