The Sinking City brings life to the quirky, H.P Lovecraft mythos in this adventure and investigator game developed by Frogwares and published by Bigben Interactive. Frogwares are famously known for previously working on the Sherlock Holmes games such as the Devil’s Daughter and Crimes & Punishment. With The Sinking City, a major part of the game revolves around solving cases and uncovering the deep underbelly that this mysterious city much like these previous titles. You can obviously see where these games influence and finely tune The Shrinking City in that department.

You first start your journey into this 1920’s, gothic adventure with your protagonist Charles W. Reed, an investigator trying to uncover the mystery behind his haunting visions. In the very beginning, you are instantly introduced to a Cthulhu-inspired dream sequence which brings Charles to the setting and location of the game the city of Oakmont, Massachusetts, which is inundated by a mysterious flood. In this city is a variety of inhabitants that call this place home from strange fish-like people referenced as Innsmouthers, cultists, ape hybrids called The Throgmortons and even the remnants of the notorious KKK. The core gameplay centers around solving cases which really is the shining part of the game. The unique way that this is done is through searching for clues but the manner in which the clues are found and deducted is with the use of your supernatural vision. These are organised with the use of a ‘Mind Palace’ that concludes your reasoning and help you determine the end goal. The Mind Palace can be a little overwhelming at the start, as the game does not hold your hand. The game does slowly pace you in though, which at the start gives you time to get used to the mechanics but after that you have to put time and effort in especially when solving cases, as you have to pay attention intently.

The combat on the other hand feels clunky at times and is thankfully not the main focus of the game and is also introduced at an easy pace. With a variety of weapons at hand, the economy in game is the use of bullets. Geniusly, these can be crafted by the player even though materials can be limiting at some points. Just like the case solving in this game, this does require a little pre-planning and micro management including a use of a skill tree. Like any other skill tree it helps increase carry amounts and increase the ability to extend your sanity meter; as this being a H.P Lovecraft inspired game, keeping your sanity is also an important part of the game mechanics. Often your character encounters these strange creatures and events causing your insanity to increases warping your surrounding and view, lets just say if you don’t manage this part, things can start to get dark, very dark. Going into this 1920’s city itself, with its wide variety of characters to interact with is certainly a whole new fresh feel, you don’t get from many games. In saying that, the immersion can be ruined when the NPC’s seen throughout the streets seem to have a magic ability to just appear out of thin air and seen forced in movement. Despite this, the NPC’s you encounter on the other hand are detailed and incredibly interesting to interact with.

The map in this game is very large. I do say, sometimes I find myself walking non-stop and the city itself seems just a little too big, even with the fast travel option and some parts of the city broken up via waterways that need to be traversed with a boat. On the positive side though, many buildings can be accessible compared to other games that also seems to use them as an illusion or a backdrop.

Overall, The Sinking City is an incredible title to add to your collection if you are fans of H.P lovecraft tales and mysteries alike. With the combat a little on the clunky side, the case solving is definitely where the game shines. With a no hand holding approach for players, putting in the effort really pays off for those who are committed to a unique experience. 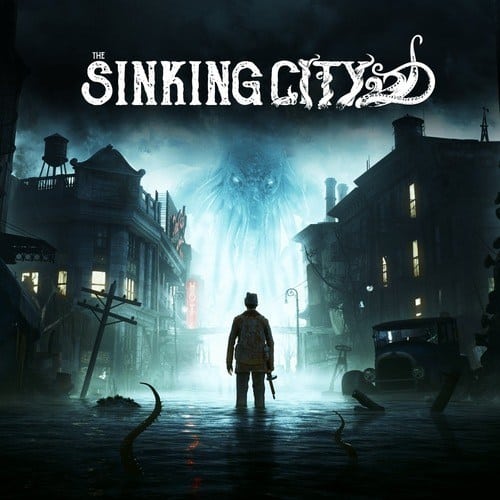 The Sinking City is an action-adventure mystery horror video game developed by Frogwares and published by Bigben Interactive, inspired by the works of horror author H.P. Lovecraft.