What better way to break in the new year of gaming with some twisted, Lovecraft-inspired madness? Theatre of Sorrows, developed by Cat-Astrophe Games and MobilWay, and Published by PlayWay, has landed on PC and Switch to offer a daring tale to save your sibling, and hopefully your sanity too. A blend of the rogue-like, resource management gameplay with a horror-themed narrative offers a nice set of ingredients. The question is, does it make a good meal?

A short introduction places us in the boots of Killian, a young man who is facing the grim reality of his twin sister, Eileen, being abducted by heretics and madmen. All he has to cling to is a letter inviting him to the barren lands of Esha. There he must partake in the sadistic rituals of the Gof’nn cult over several days with each day even more perilous than the last. At first, they had piqued my interest, but now they officially had my attention. It was a very strong start that branched off and offered many very descriptive and disturbing moments of storytelling if somewhat a little disjointed.

At most locations, you will be offered a text-based narrative that would tell the tales of gruesome events of mutilated bodies, or an unnerving encounter with a nurse whose blood-curdling screams traumatise your character. The artwork and soundtrack of the game, while limited, portray the uneasy feeling of the text-based stories with grim and gritty backdrops and spine-tingling, non-linear sounds and howling winds. The almost scribbling-styled artwork resembled the scratchy memoirs of a lunatic, recounting his experience as he lost his mind and the twisted monsters and humans played out like 2D puppets on screen as if re-enacting the events of the story to the player. 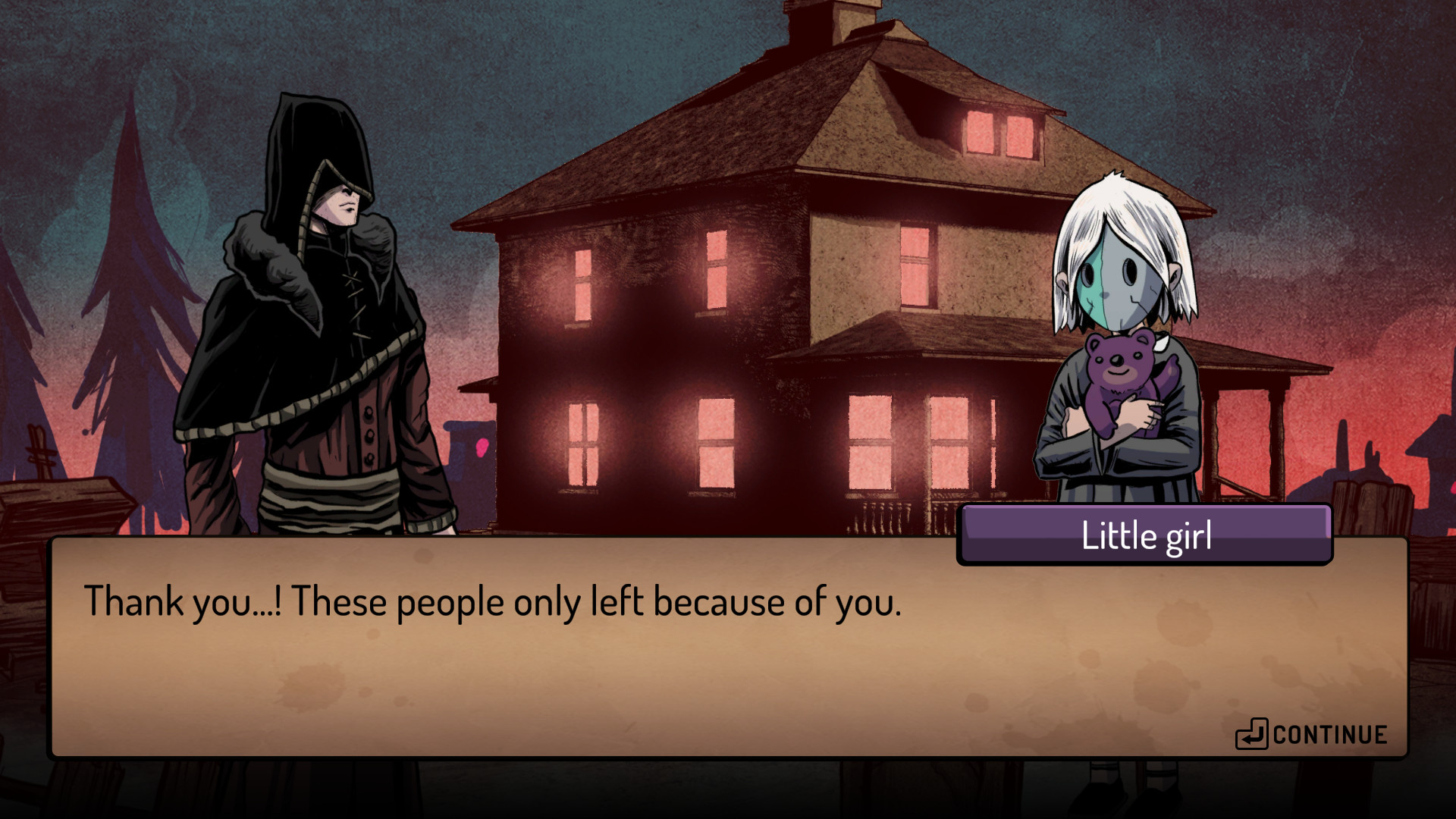 The way the story is told is a direct feed into the actual gameplay loop, which, depending on how well you can manage your resources, could be an illustrious adventure or a harrowing cycle of repetition. Starting on day 1, you are tasked with finding materials to craft a talisman and end each day with a ritual that drags you closer to saving your sister. A hand-drawn map resembling a board game-style layout is presented to the player with nodes to move between, each representing a building to explore. Ranging from abandoned hospitals, broken-down houses, cemeteries, forests, churches, and shrines, the world is your oyster, with each location offering specific items which encourage you to shake up your travel plans with the danger of each place potentially harbouring some unsightly monsters.

In saying that, every move will cost you, and balancing your three stats of Sanity, Health and Stamina is literally a matter of life and death. Moving from one location to the next is as simple as opening the map and moving one space at a time. Each move will cost a portion of stamina and health and while exploring the location, an investigation check or monster encounter will drain portions of your sanity. There are very few control options you need to worry about as the majority of the game is text-based, and the combat encounters are simply selecting which action you wish to use, so you will never be rushed to make a decision. I do wish the version I played on the Switch had an option to use the touch screen. It may not add a lot, but having the option may have been a little more immersive.

The materials you are after for crafting purposes can double up to replenish your stats, such as lighting candles to restore your sanity or using a syringe for a health boost. A talisman may require 7 candles though, so the question is, do you burn some now to replenish your stats or risk your dwindling sanity in hopes of reaching the end of the day as quickly as possible. At first, when your stats are at 100 each, 3 health and stamina doesn’t seem like a big cost to move from one location to the next, but when you are down to 20 stamina and the ritual location is 4 stops away, a random encounter may require you to use an extra 10 stamina to escape, and a little bit of panic will ensue. 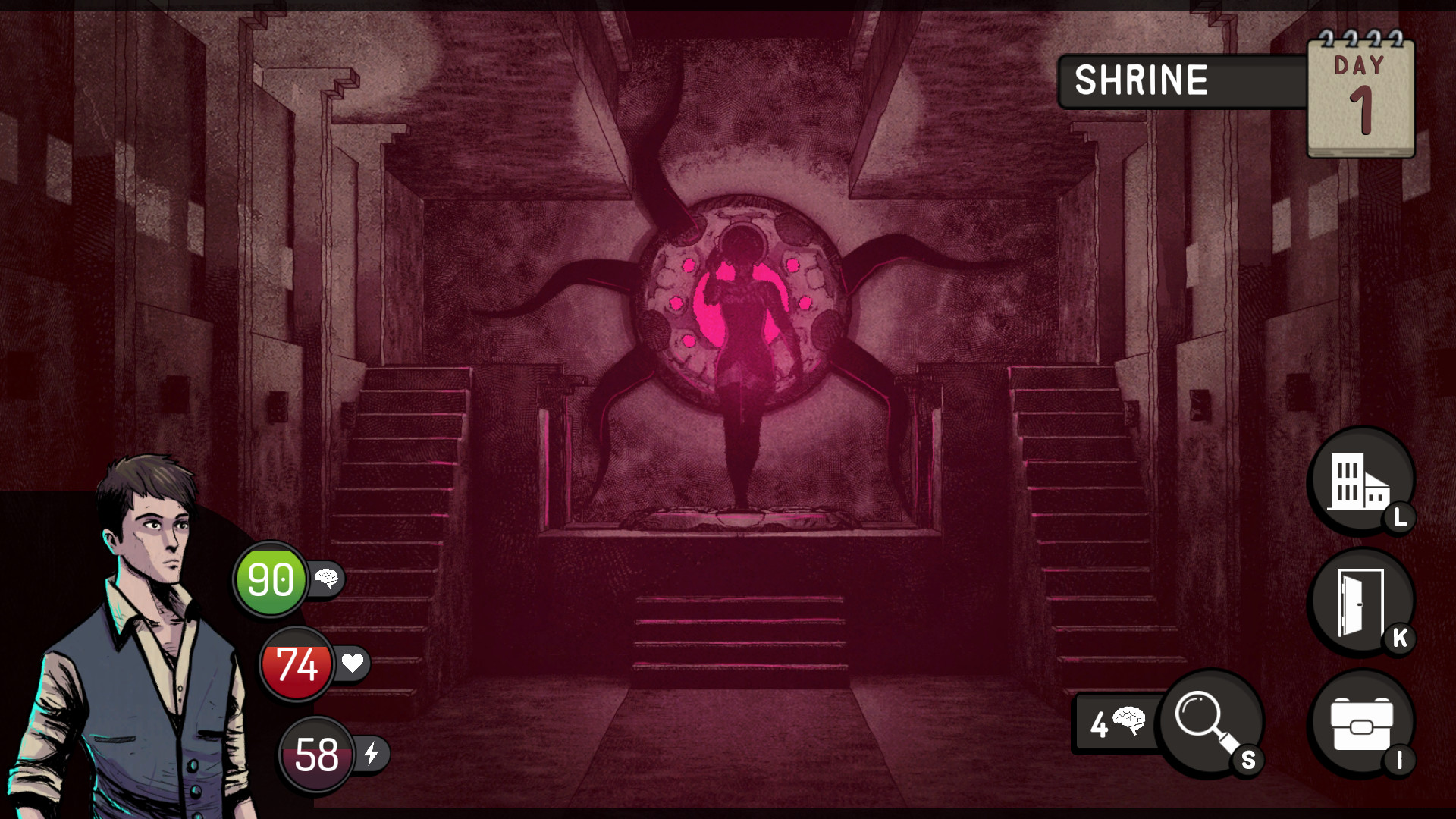 The most cumbersome or time-consuming part of the experience comes from navigating the menu. In the late game on day 7, I had 5 talismans crafted taking up my limited inventory slots, each offering unique perks such as reducing monster encounters by 40% or travel costs by 30%. Once I reached a location, I would switch to ones that would let me take two sets of materials per search or perks to increase the effects of consuming a material. The menu was streamlined so it was easy to navigate, but more than once I accidentally discarded a talisman because I didn’t unequip the first one and the first option that appears on the ones in my inventory was to throw away, which is more of a user error but it was still frustrating that I couldn’t lock an item so I wouldn’t accidentally do exactly this. The only other addition I would want for the menu would be a place to record or read through the clues that pop up from time to time. I ended up writing them down in real life to refer back to.

There can be some absolutely heart-breaking game overs that came by a devastating unlucky streak of RNG. I ran out of stamina on day 4 which booted me back to day 1 where I had to endure the starting events which remain the same every single time and are unskippable, but I was able to keep any outfits I had found which allow you to equip additional talismans or offer intrinsic perks which was nice. I was personally captivated by the ongoing puzzle work of the risk versus rewards moments; however, the unique atmosphere and events did lose their initial impact after repeated resets.

Theatre of Sorrows is an addictive and oddly satisfying experience that offers multiple ways to play for a range of skill levels. The text-based, board game-style of play tugged at my nostalgic feelings of tabletop fun, but they may be a bit of an undertaking for those looking for a bit more action. With such an inviting price point and many reasons to revisit to beat your previous runs, Theatre of Sorrows will be installed on my Switch for some time to come. 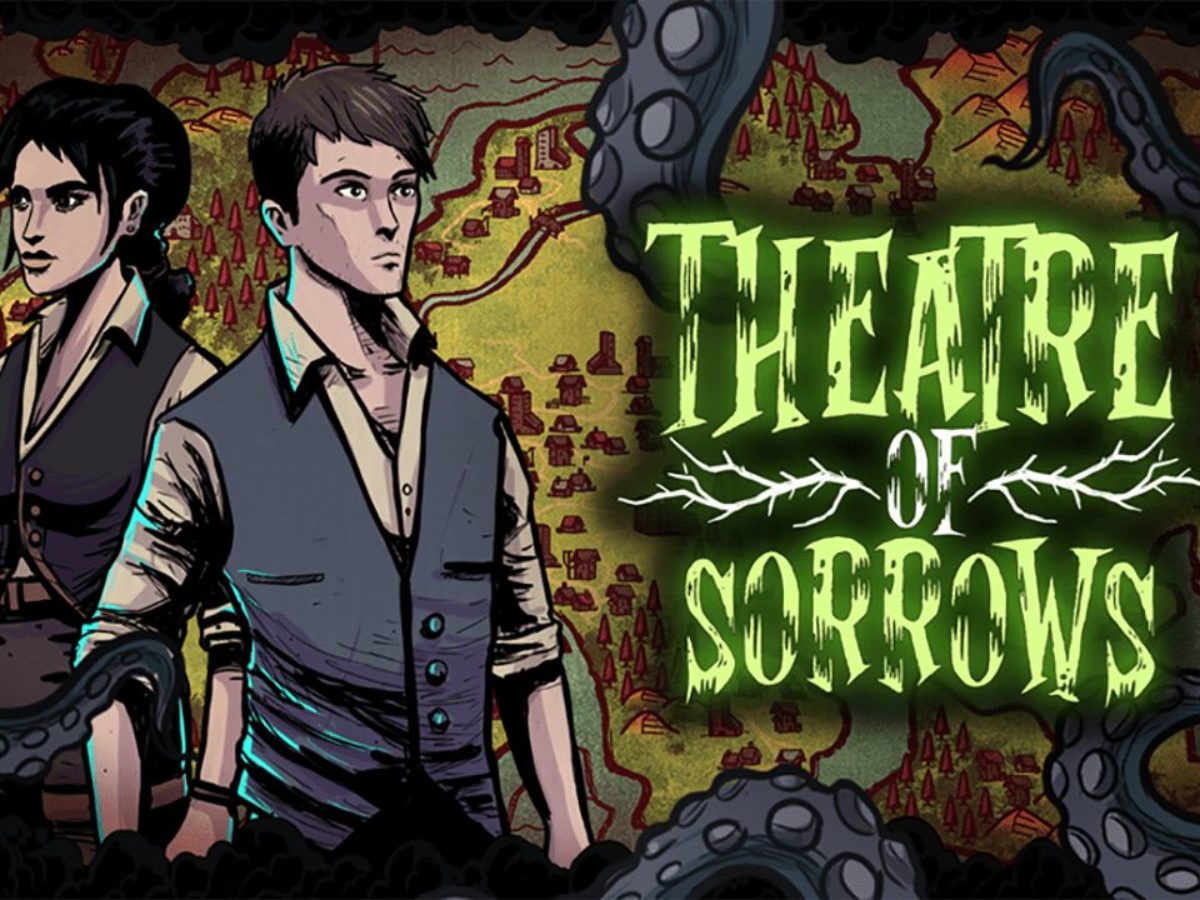 Try to survive on the mysterious island in a lovecraftian 2D roguelite with branching narrative and elements of resource management.