ToeJam & Earl: Back In The Groove

ToeJam & Earl are one of my fondest memories of playing video games as a child in the 90’s. Back in the days of the Sega Mega Drive or Sega Genesis for those who lived in America.

28 years have passed, and since the first release in 1991. ToeJam & Earl have been on other platforms since the Mega Drive, but none quite like this version. Think of this as a mashup of all the ToeJam & Earl games and putting them into one game and calling it ToeJam & Earl: Back in The Groove. Sure, all the great fun stuff from the older games is still present but it also introduces brand new improvements that bring new life into the game. Like the original, you’re stuck on Earth in search of the parts of your spaceship. But it’s Earth and there are plenty of weird and wacky things that occur. You’ll encounter devils, Cupid, cavemen, a dancing hula chick, tornados and even crazy earthlings who’ll chase you because after all, ToeJam & Earl are aliens… Strange encounters with all sorts of enemies really depends on the level you’re playing.

While looking for your ship’s parts you’ll find money, presents and food. Not all food is good to eat, such as moldy cheese. Presents can give you power ups like being able to throw tomatoes at enemies, or spring shoes to make you able to run around. Getting from one level to the next is done by travelling in an elevator that’s placed randomly in each level. Be careful which ones you get in as some don’t go up. There are things that can harm you, like water if you stay under too long you’ll drown, if enemies hit you near an edge of a level you’ll fall to a lower one. If you die due to completely losing all your lives you will have to restart the game.

There are four worlds you can play in with only two playable from the start. The easier and much shorter version is branded as the tutorial world. The “normal” world is called the fixed world and it’s a little later on that you’ll unlock the random world and the hardcore random world. There are nine playable characters, two “old school” versions of Toejam & Earl and a newer version for both. Then there’s Latisha and Lewanda. The other three are other versions of ToeJam & Earl Which need to be unlocked. Now it’s not just a matter of choosing any one of them, each has their own stats for speed, luck, life bar size etc. Something I don’t think there ever was in the original is a difficulty option. It was a long time ago I played after all. In Back in The Groove, there are three difficulties Normal, Easy Farty and Toddler.

One of the coolest parts of this title is the fact it’s not just local 2 player. It offers the choice of playing online with 2-3 players including yourself, as well as 2 player local co-op. You can be playing alone and if you happen to have the option set to yes to allow others who are playing online to join your game they can do so & you can also join other people’s games from the main menu. It’s fun to play alone but having a good laugh and great time going on an adventure with friends online is just good fun.

Rewind to the days well before there were flat screens we played our games on CRT televisions with 8bit and 16bit graphics. At the time it was the best gaming experience and it just shows you how 20+ years can change things. The visuals for ToeJam & Earl: Back In The Groove are super clean and very vibrant in colour. It’s as if a cartoonist did his magic and clicked his fingers together and brought his art to life. There can be a lot of movement with 4 players playing together on top of NPC but the game still ran like a dream.

You could play any music that was in the original release of the game and just by hearing it, I’d scream TOEJAM & EARL!!! It’s just one of those links that cannot be mistaken. Those same tunes from the 90’s are brought into 2019 and it sounds just as funky and cool as I remember.

The HUD also gets a refreshed look. you can choose to display the level map in the bottom right, being able to switch it off and on with the tap of a button. It also shows your lives, money, XP bar and whichever characters are playing. When presents are used whichever is active will show next to your characters face on a tiny screen.

ToeJam & Earl: Back in The Groove was developed by HumaNature Studios, which actually is a company founded by the co-creator of ToeJam & Earl, Greg Johnson. Which is just awesome to know right? He made sure it was still the same ToeJam & Earl we all grew up with in the 90’s with.

ToeJam & Earl: Back In The Groove 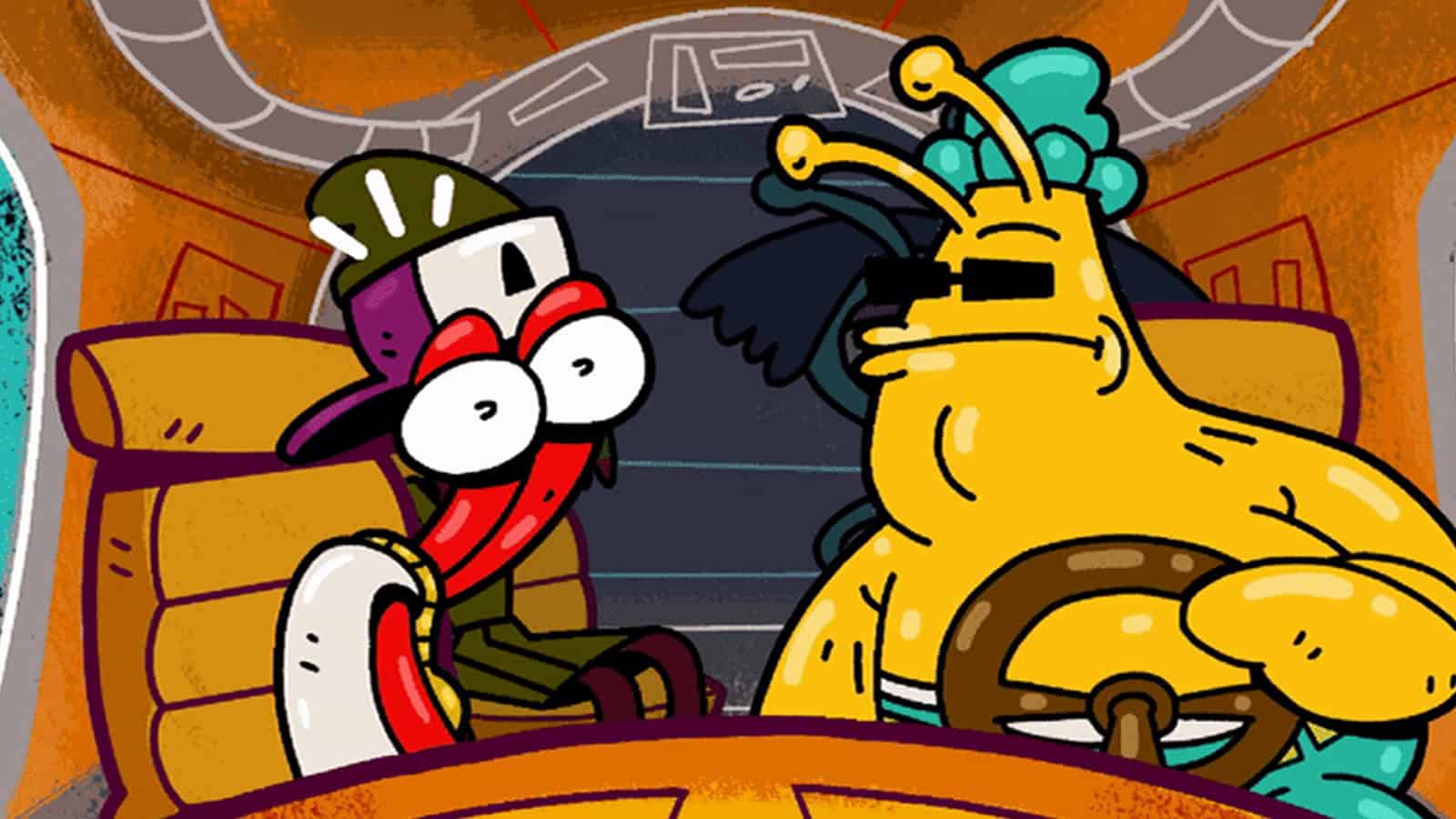 ToeJam and Earl have crash-landed back on Earth in ToeJam & Earl: Back in the Groove!, a funky fresh roguelike adventure infused with old skool hip-hop and jam packed with awesome throwbacks to the 1991 classic. Original Funk Lord (and co-creator) Greg Johnson is back at the helm with the sequel that ToeJam and Earl fans have been waiting for.