Remakes are all the rage these days. Almost every year there will be a new remake on at least a few films, TV shows or video games. Some are good, and some really shouldn’t have been touched at all! Now, with bated breath, we arrive at this game; a blast from the past, 80s title getting the remake treatment too – Welcome, Toki!

Toki is a platformer-based game where the player must traverse through 6 different levels, with each level culminating with a boss fight at the end.

You play as Toki, a Tarzan looking, tribal warrior who has the love of his life, Miho, stolen by an Evil Witch Doctor, Vookimedlo. In pursuit, he soon falls victim to an evil spell, turning him into an ape. Now, the race is on to regain both your girl and your humanity as you continue to battle various jungle wildlife; including birds, fish, spiders, dinosaurs and DRAGONS?! 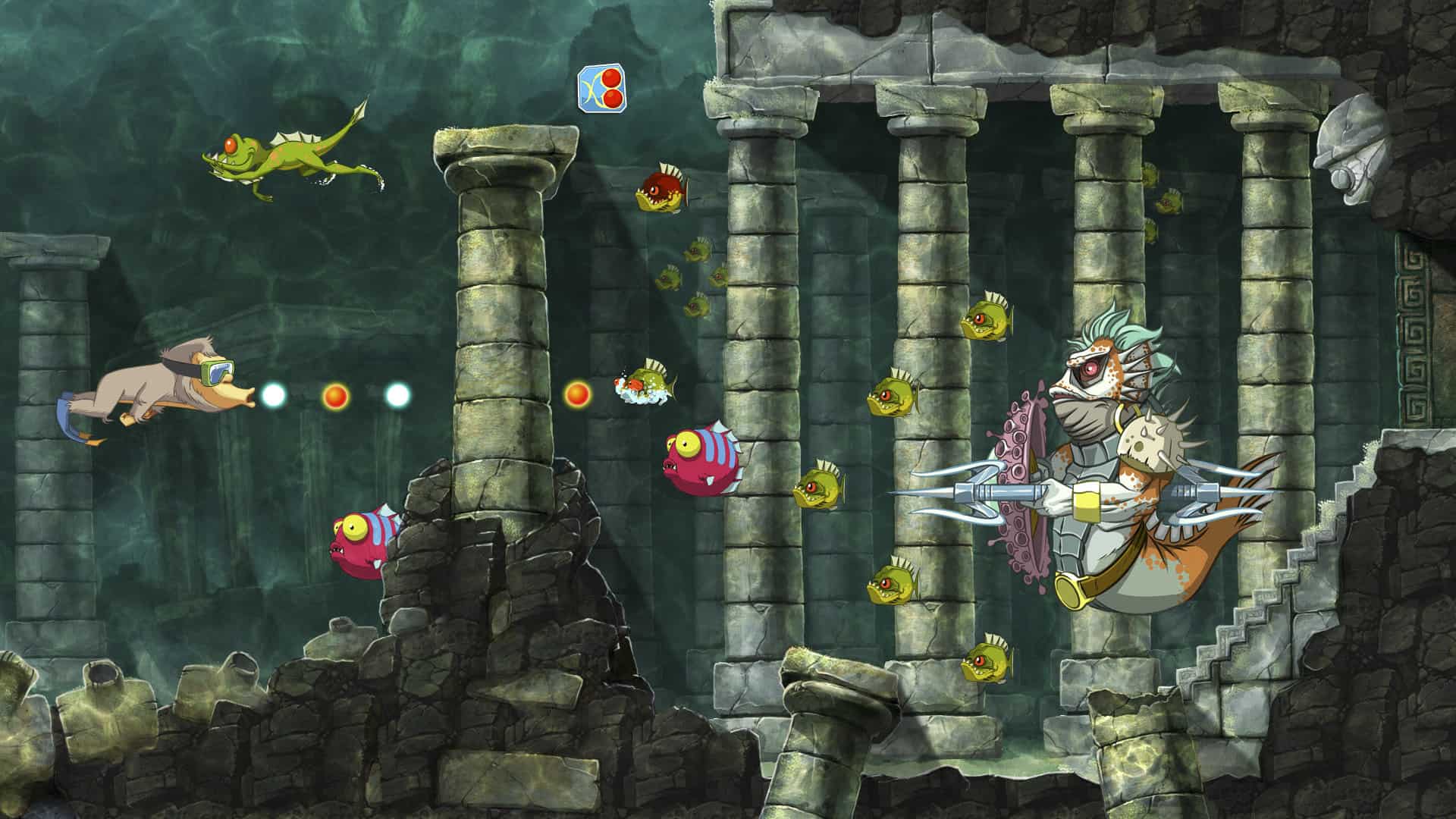 Your main weapon throughout the game is, surprisingly, ape spit. Yes, spit… And no, I haven’t asked for that to be censored either! As you race against the clock to complete each level, Toki will also come across a variety of different power-ups. These range from spit-boosters, agility boosts, clocks to slow down level timers, keys to unlock bonus areas, extra lives and magic coins!

This, is where the 80s come back into play, and not in the ‘party all day/dance all night’, kind of way. Toki’s movement speeds are just noticeably slow. We reviewed this version of Toki on a PS4 Pro, so you just know it certainly isn’t the console at fault. Comparatively to his gaming-ape counterpart, Toki has neither the speed nor movement ease of beloved Donkey Kong. Had he shared the genetics of his species; Toki might have been a slightly more enjoyable experience. 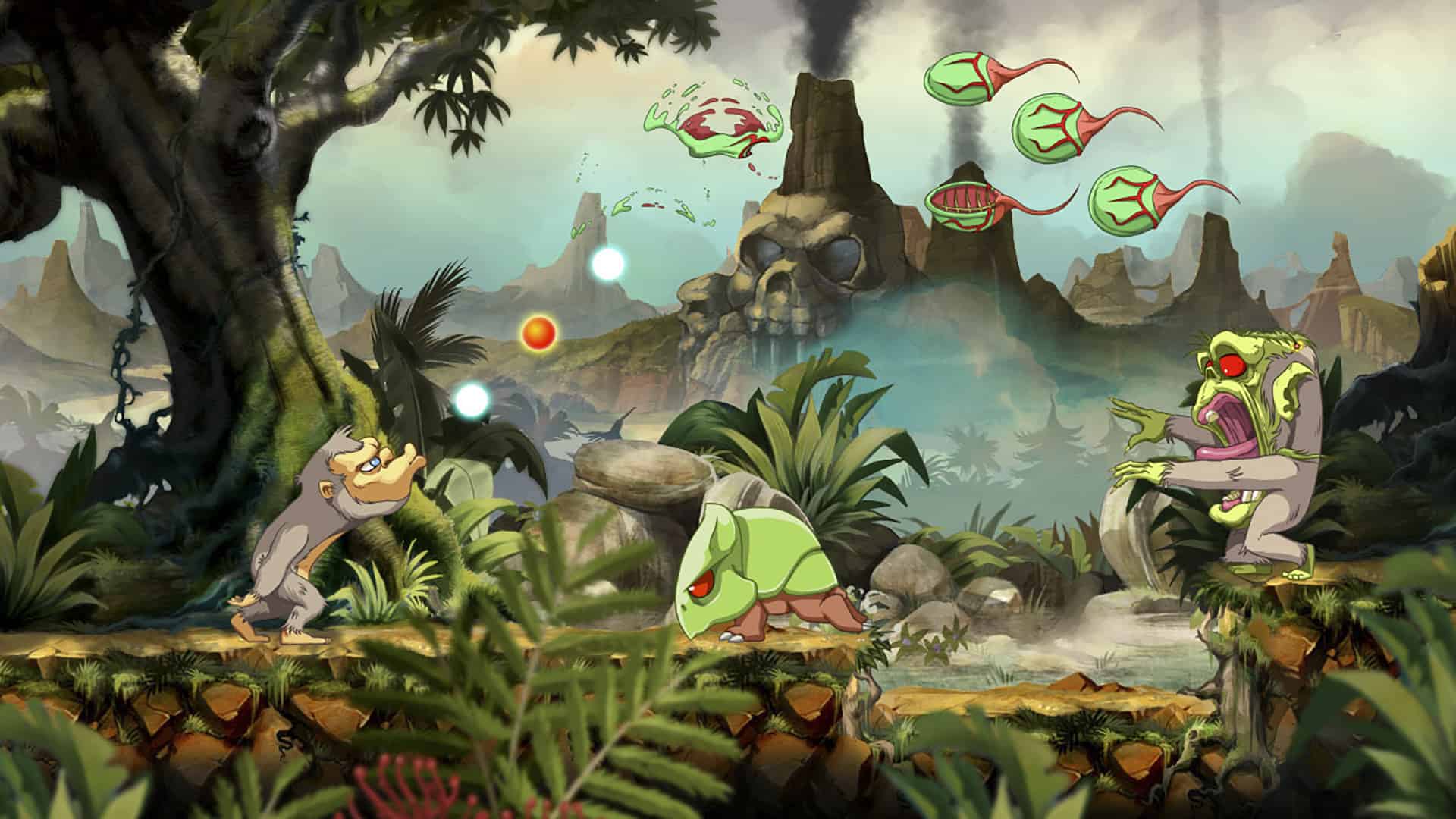 Like most remakes, the entire rebuild has a focused on the graphics and sound. Rightfully so, as Toki really strives here. Newly crafted scenery, updated character skins and new enemy animations bring this retro classic up to the modern age. The music has been ‘remade’ too and featured new approaches, remixes and updated instruments to all original music. This is so detrimental to the game, as it really does breathe new, musical, life back into this great title.

Toki is a fun, great remake of a beloved 80’s classic. The love and passion for this project definitely shines through and Microïds should be commended on their efforts. The art and music are its strong suit, while its controls are in dire need of some ‘witchcraft’ magic themselves. 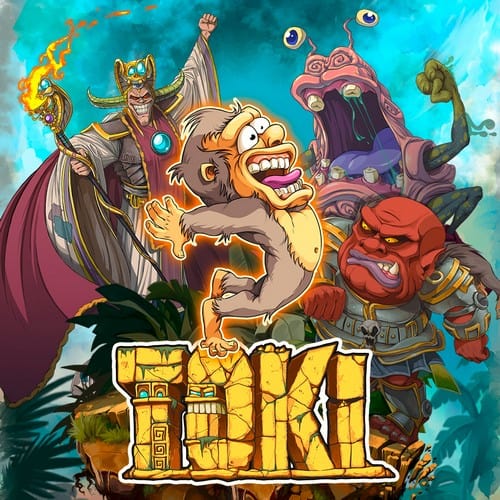 The return of the wacky monkey!Toki sets off on a new adventure! The cult action/platform game originally released on arcade machines in 1989 is back with a super-simian new version, featuring all-new hand-drawn graphics and re-orchestrated music!